Vanessa Lachey’s holidays will be a little quieter this year — but still filled with plenty of joy thanks to her and husband Nick Lachey’s three kids.

“We’re going to definitely celebrate different. Our home has always had an open door policy and every year we probably host about 20 or so adults and eight to 10 kids. But because Nick’s family is in Ohio and my family has since moved to Florida we don’t get there that often. We’re always working the week before or the week after and it’s just a lot to travel with three littles,” the Call Me Kat actress, 40, exclusively told Us Weekly. “So this year not only are we staying home but we are also not having that open door policy. Just because we want to be respectful and do our part in trying to be responsible with not having large social gatherings.”

She added: “Also, I’m shooting a show. On that show we are within six feet from each other. We are tested twice a day when we are on set because we have to take our masks off. So it’s important for me to be a professional and be respectful and do my part for the show so when I do come on set I’m not careless.” 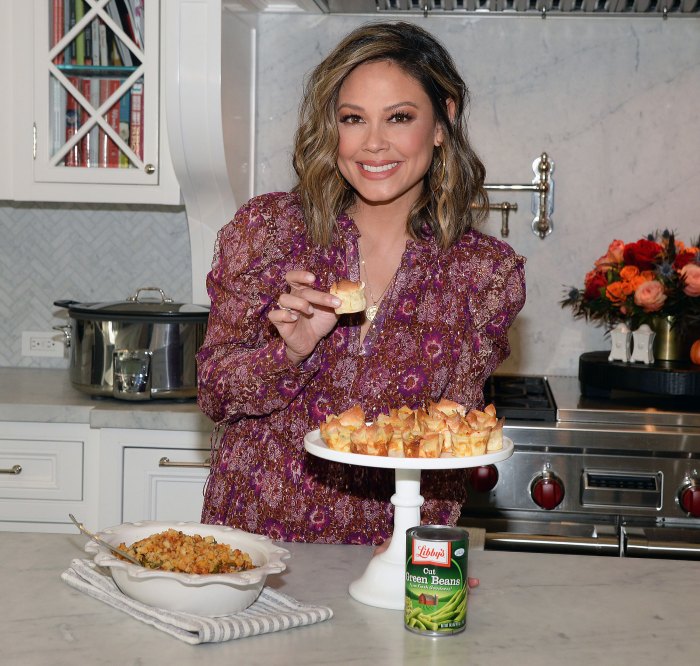 The ongoing pandemic has certainly been a tough time for many, but Vanessa is “grateful” that their little ones — Camden, 8, Brooklyn, 5, and Phoenix, 3 — “have each other” to lean on.

“They’ve definitely grown closer — both good and bad,” she said, laughing. “They’re closer and they love on each other more and they want to have sleepovers in each other’s rooms more but they also get on each other’s nerves. I’m grateful for the silver lining of this time we have together as a family.”

She continued: “I think what’s been interesting for the kids’ perspective is when we first started quarantining — and even now more so, too — there’s no parks. For a while you weren’t even allowed to go to beaches, no school, no playdate. So it’s the social aspect and the getting out of the house for them that’s been the most challenging.”

Vanessa and the singer, 47, have gotten creative because of that. During Halloween, the couple still found a way for their kids to trick-or-treat around the house where they could go to different areas and get candy.

“We truly try not to blame it on anything. We just say this is what’s happening now and this is what we’re doing. We try to normalize it as much as we can,” she told Us of explaining social distancing to them. “We still try to find new ways to keep our traditions alive, but it definitely does call for some innovation.”

What hasn’t changed for the Lacheys is their love for cooking. The BH90210 alum recently teamed up with Libby’s Vegetables once more and created corn and cheese mini tarts. “The kids can do their part by putting in the fixings in each little muffin tin. I do the wonton wrapper and they do the corn and the green pepper and cheese and all the other stuff. So it’s a fun thing we can do together as a family,” Vanessa said. “[It’s important] for me to be part of that process of introducing them to food and them seeing what it comes from and making it fun while also creating memories and moments without realizing it.”

Helping in the kitchen has come in handy on Thanksgiving. She noted: “[We] find ways to incorporate dishes that are kid-friendly and things we can make and prep with the kids a day or two before.”

This year, Libby’s Vegetables is making a $10,000 donation to Feeding America on Vanessa’s behalf, in an effort to advance the organization’s mission of fighting hunger in America. “Nick and I really made it a point to teach our children — more so this year this holiday season — about values and being fortunate or a little less than fortunate and the range of what it means and how if we can at a point give than we should,” Vanessa told Us. “We take them to the grocery store with us and we do a whole give and get. So if we get a can of vegetables then we are going to get another one to give someone in need. And it’s something that is tangible and visible for them to see and understand how kindness and generosity can work.”

In addition to giving back, Vanessa also looks forward to spending alone time with Nick over the holidays — especially on Christmas Eve.

“It’s actually fun because Christmas Eve it’s just me and Nick assembling all the last-minute things. We can’t assemble a lot and leave it in the house because our kids will find it. So we stuff boxes everywhere and we hide them and then Christmas Eve it’s an all-nighter,” she told Us. “We’re usually up really late, but we have a glass of wine and we have Christmas carols on while assembling things so it’s a great time for us to bond.” 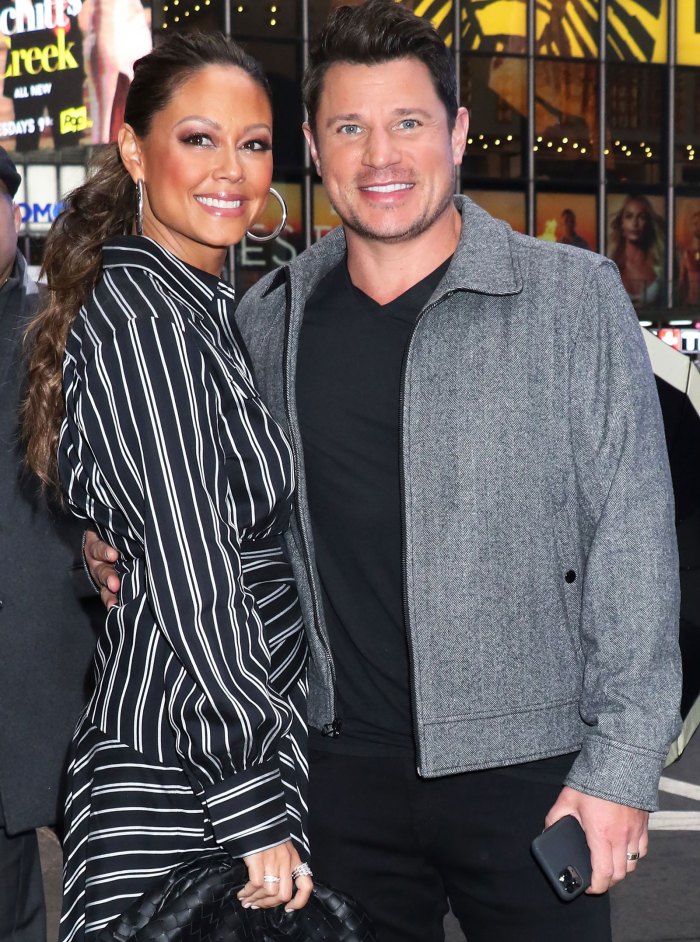