A MAN was killed when a car smashed into a tree today as Storm Aurore caused chaos on the roads.

Two other people were seriously injured in the tragedy in East Grinstead, West Sussex, while floods and 45mph battered Britain.

Flooding on the A20 in Aylesford near Maidstone, KentCredit: LNP 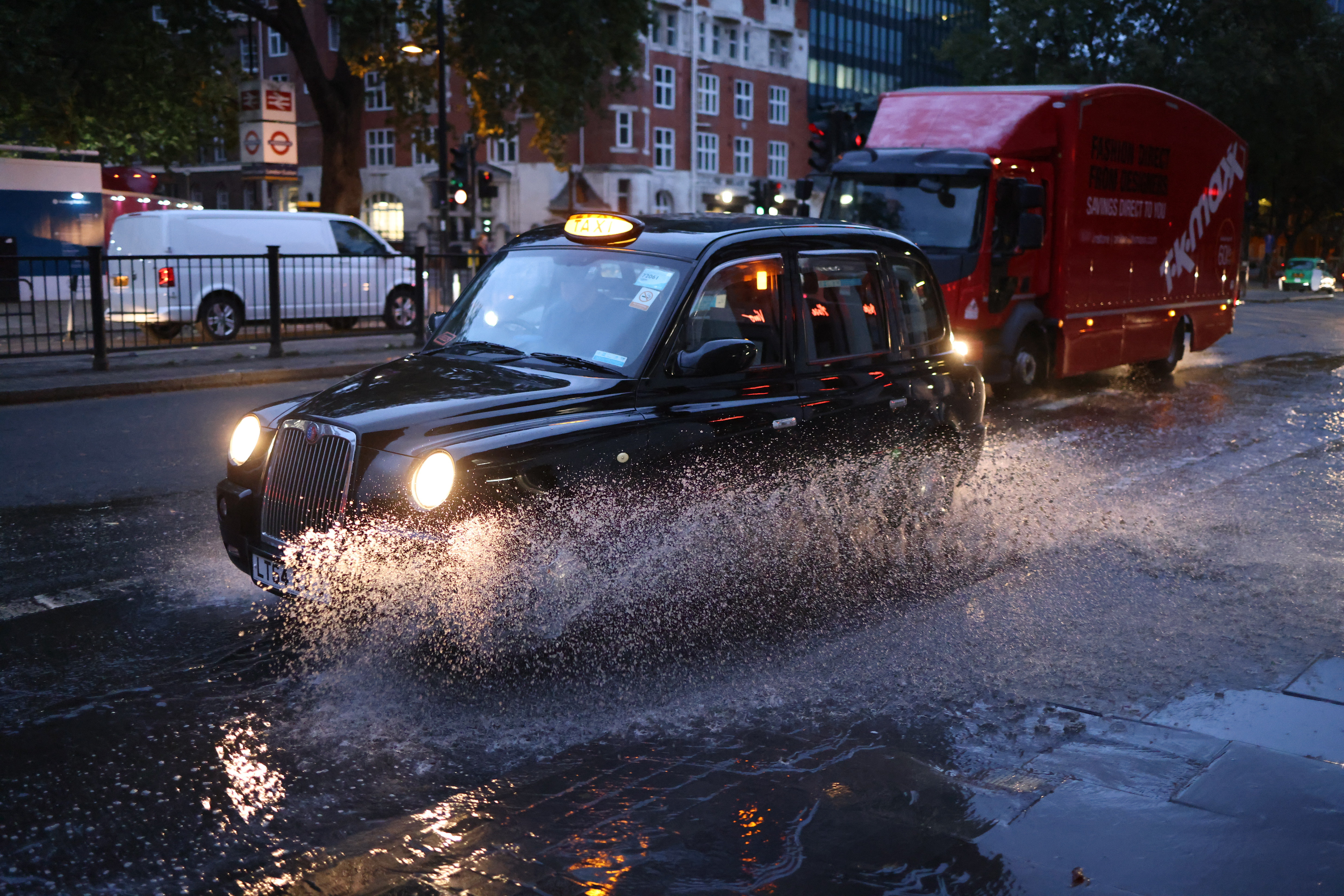 Surface water on the Euston road in North London caused by heavy rain over night in the capitalCredit: LNP 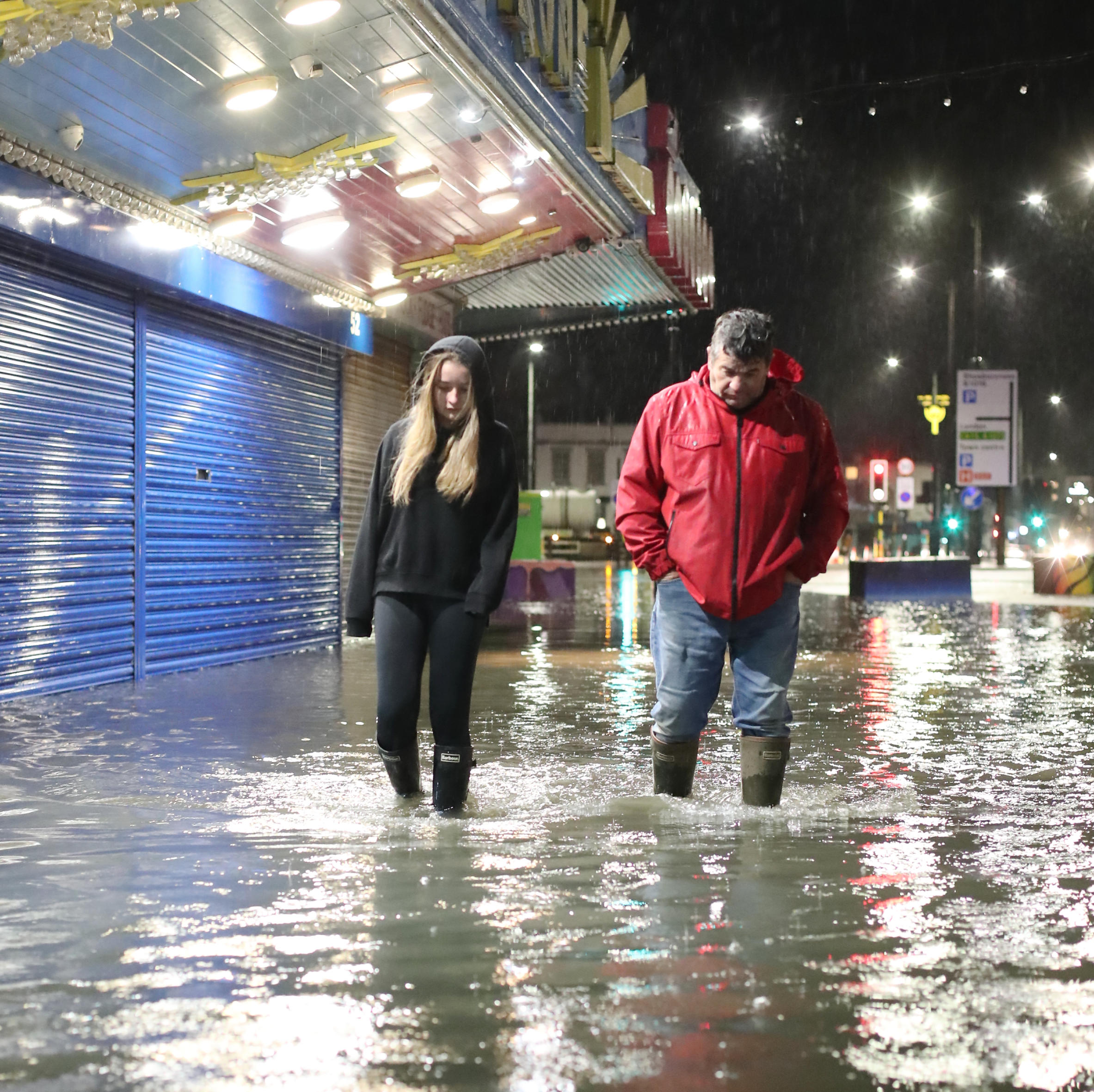 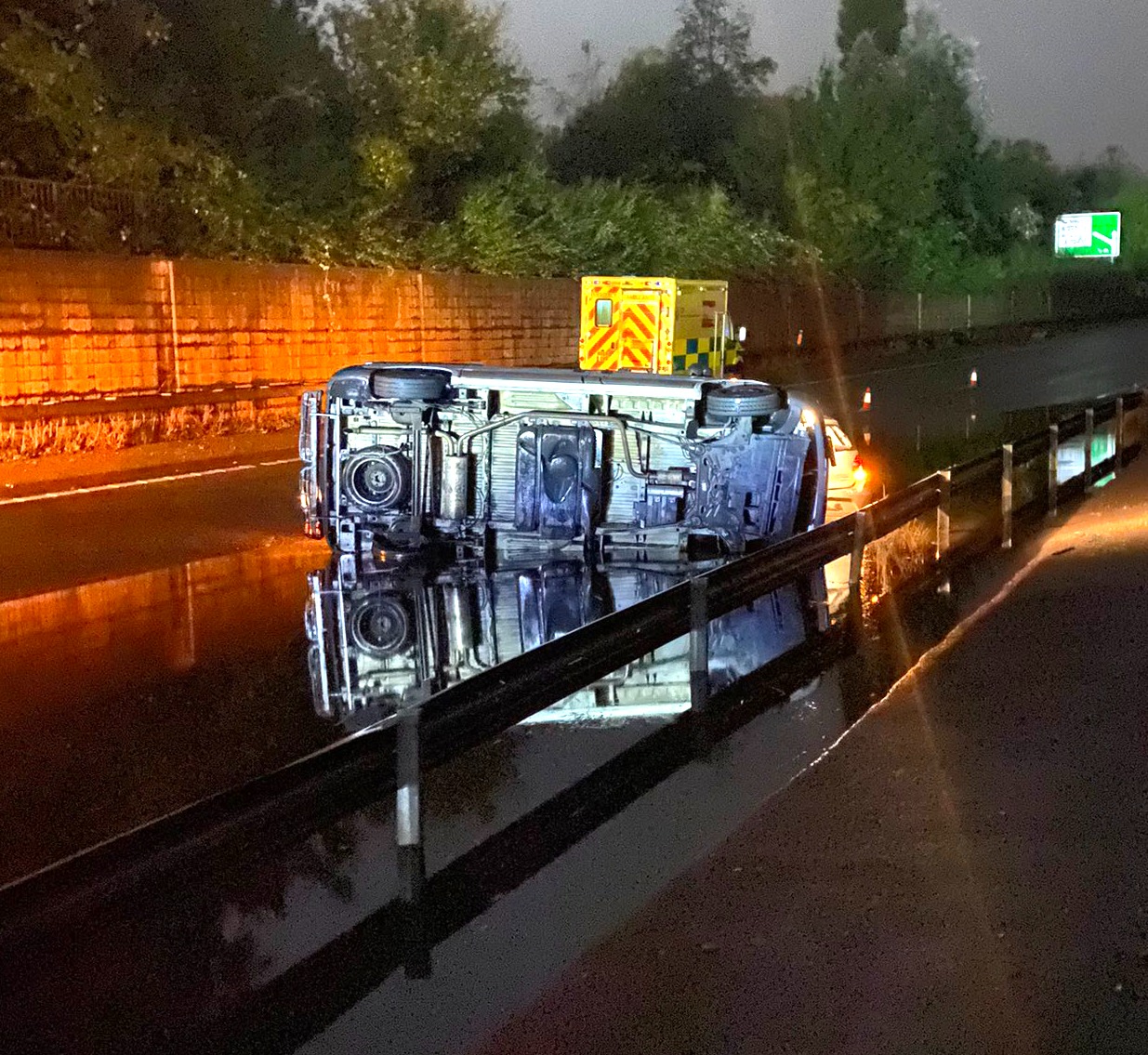 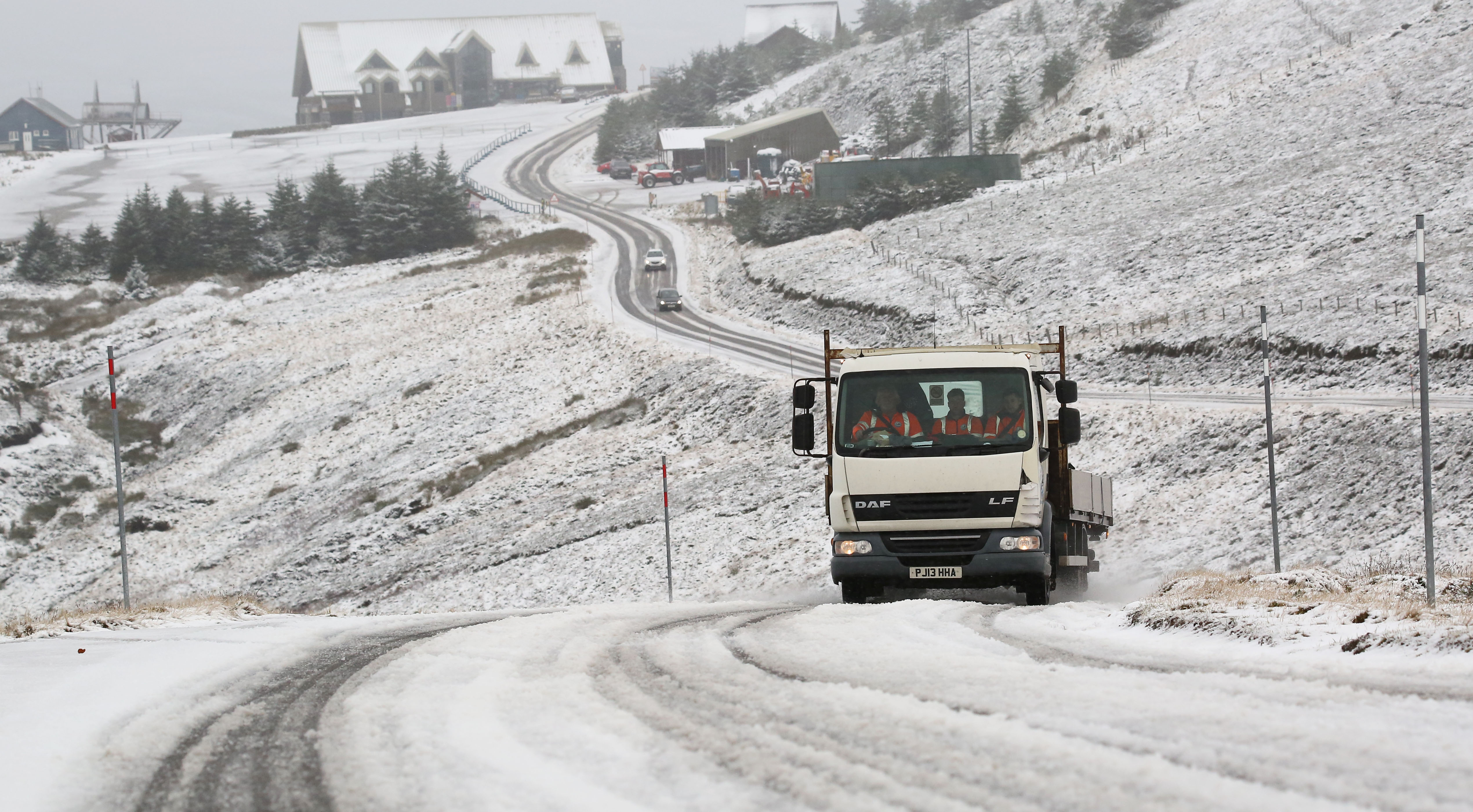 Traffic battled through the snow on the A939 Cockbridge to Tomintoul in Scotland this morningCredit: Northpix 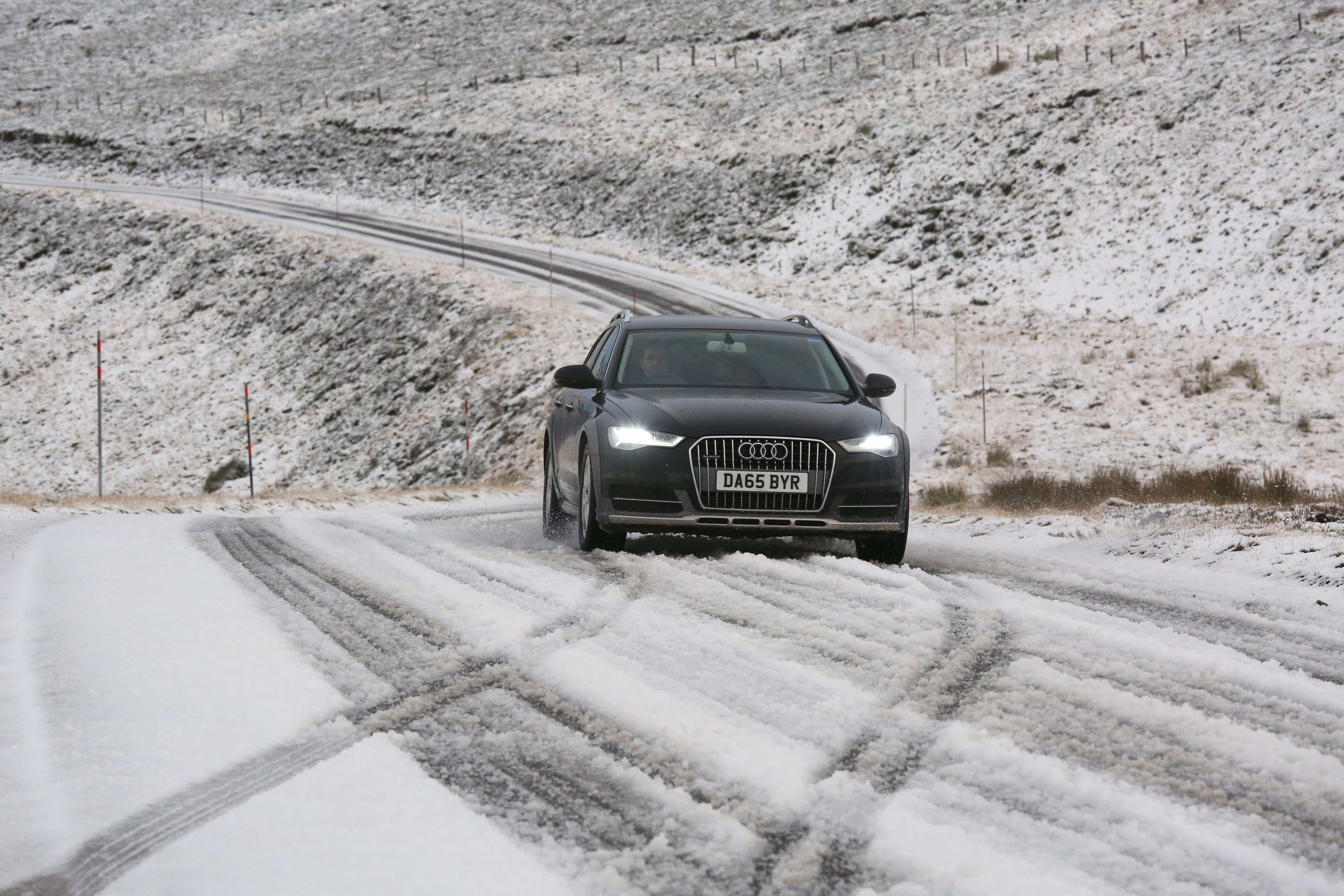 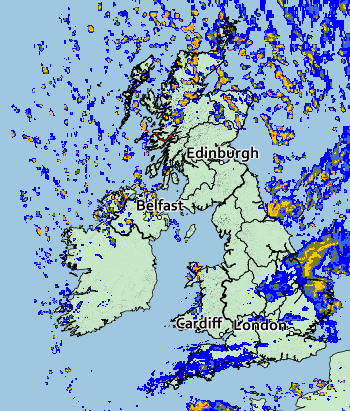 The 27-year-old was behind the wheel of a Volkswagen Caddy just after midnight, Sussex Police said.

The incident came during a deluge of downpours which have flooded London and South East today.

The capital was soaked overnight as Storm Aurore blasted Britain with high winds and dropped two inches of rain.

Snow even hit the north, with the A939 in the Speyside region of Scotland seeing the white stuff this morning as traffic battled its way through the ice.

Meanwhile, cars were seen wading through floodwater in Essex, London and Surrey.

The washout in England also hit the South West and could spark further travel chaos with transport delays, flooding on the roads and power issues.

Surrey Police urged drivers to travel carefully in the wet conditions after a car overturned on a flooded road in Farnborough last night.

And the rain is set to continue in the west and north today with “wintry” weather over some northern hills.

Forecasters have warned things will feel noticeably colder today with temperatures expected to drop as low as 4C in Newcastle and Manchester.

The mercury is also set to plummet to 2C in parts of Scotland, with snow expected over northern hills along with hail and rain in lower areas.

It comes after Storm Aurore moved in from France, bringing up to 50mm of rain and 45mph winds in the worst affected areas.

The Met Office issued a yellow rain warning yesterday covering most of southern England and lasting into Thursday.

Essex Fire Service said they had received more than 120 calls up till 2.30am regarding flood-related incidents.

Elsewhere, Thameslink Railway warned of a landslip at Greenhithe Tunnel in London, blocking all lines.

In Cornwall, four people had to be rescued from a car trapped in flood water around 8pm last night.

Cornwall Fire and Rescue Service said the driver and three passengers managed to get on to the roof of the car and were rescued using throw lines.

Devon County Council’s Highways Control has also been dealing with 80 incidents, with fallen trees among the chaos.

The Met Office issued yellow rain warnings for the southern counties and Channel Islands until 3am on Thursday, but said the most severe impact of the storm would be over northern France.

It added the unsettled weather was likely to continue for the rest of the week, with showers and breezy conditions across western Scotland and some areas of central and northern England and Wales on Friday.

Met Office forecaster Becky Mitchell, said: “We’ve got yellow rain warnings in place which will last for the rest of Wednesday until 3am on Thursday, covering the southern counties and the Channel Islands.

“Heavy and persistent rainfall will fall in the areas covered by the warning, mostly between 15-25mm, but some places will see potentially 30mm or higher along with some rumblings of thunder.

“There’s also likely to be very strong winds, typically around 45mph on the coasts, reaching 70mph in the Channel Islands.

“This may cause some disruption to commuters tomorrow morning, as some places will see some flooding- while the impact of thunder could cause power cuts.”

It comes after high winds sent trees sent crashing to the ground and brick walls destroyed in Cheshire yesterday.

Shocking footage revealed the trail of destruction in Widnes after it was walloped by a 30-second ‘twister’ with roof tiles, garden furniture and wheelie bins strewn across residential streets.

Forecasters predict there to be more persistent rain over the weekend, with the heaviest rain expected in western Scotland, where 40-60mm could fall in 24 hours.

Northern Ireland, northern England and Wales, could see up to 20mm of rain, while southern and central areas will see light rain. 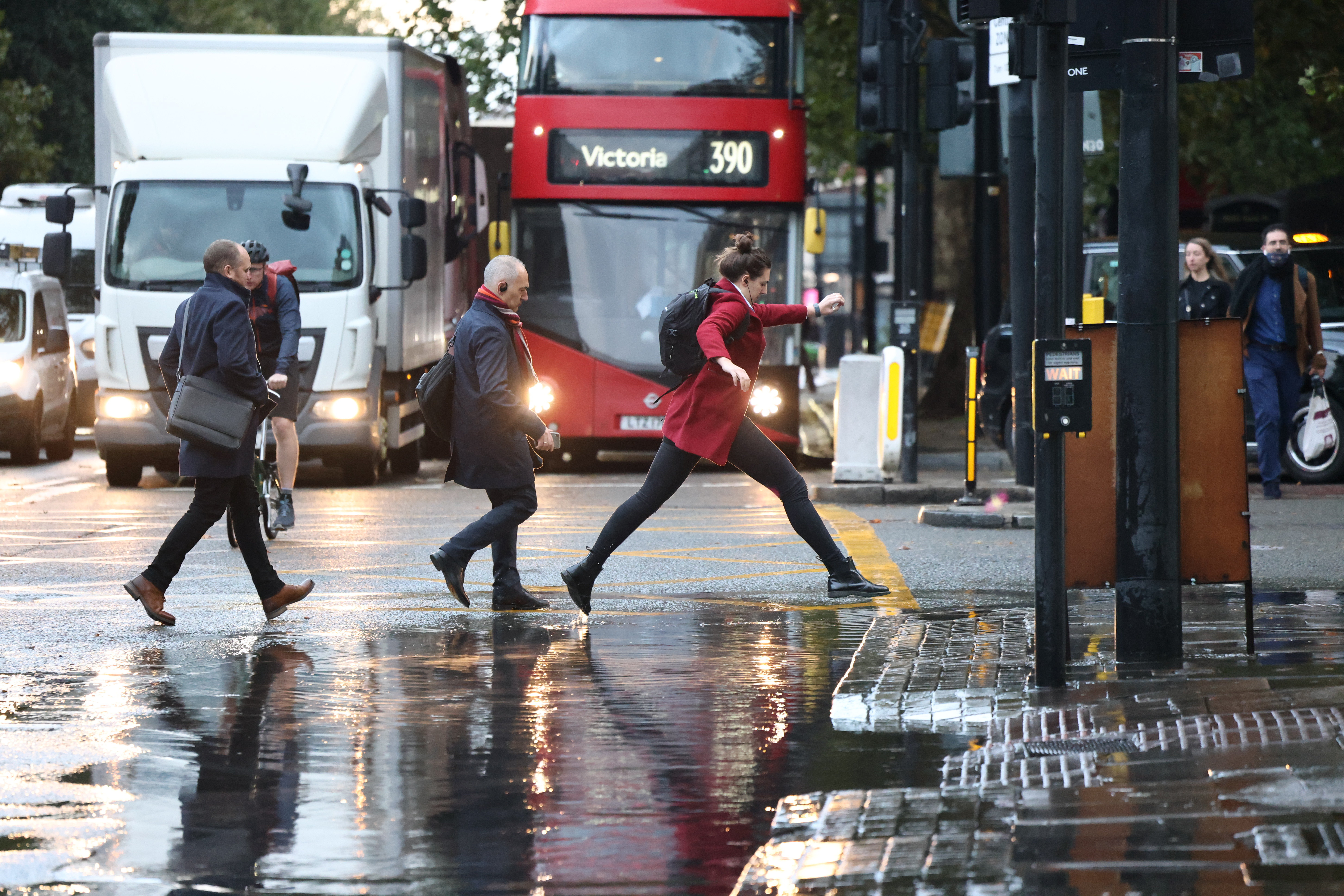 Commuters were forced to hop over puddles as they made their way to work in the soggy conditionsCredit: LNP 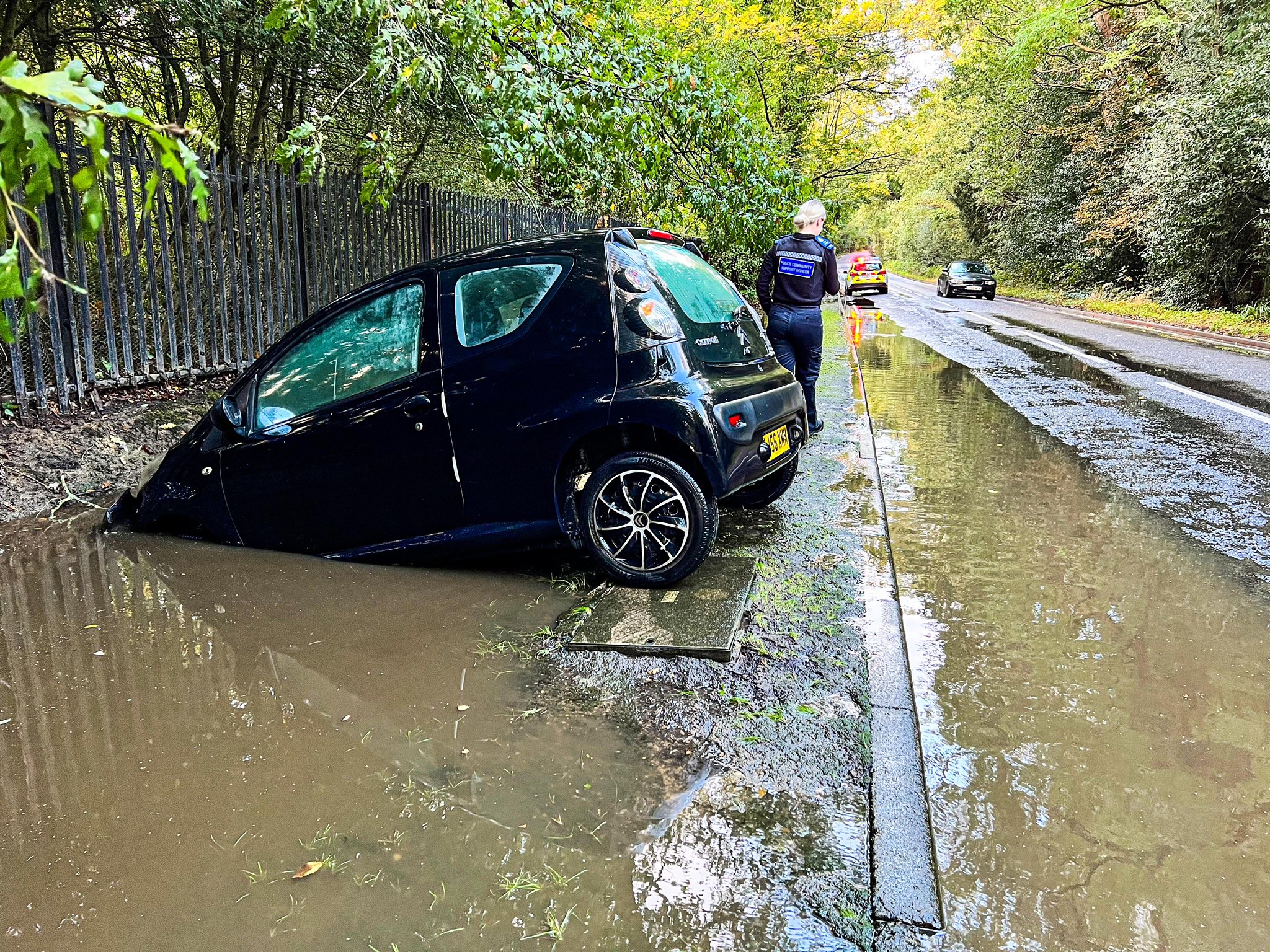 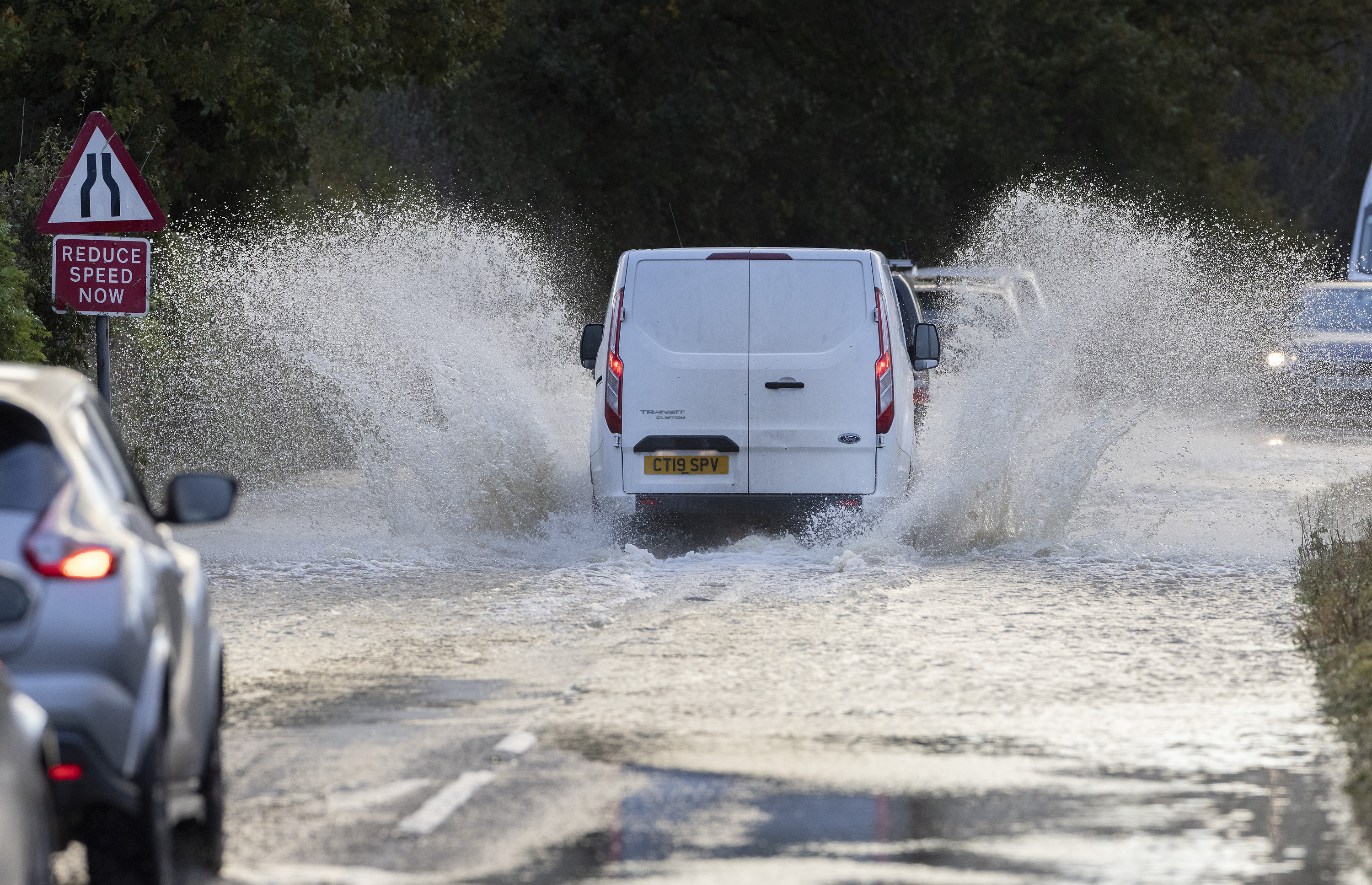 A van splashes through flood water near Lingfield in SurreyCredit: LNP 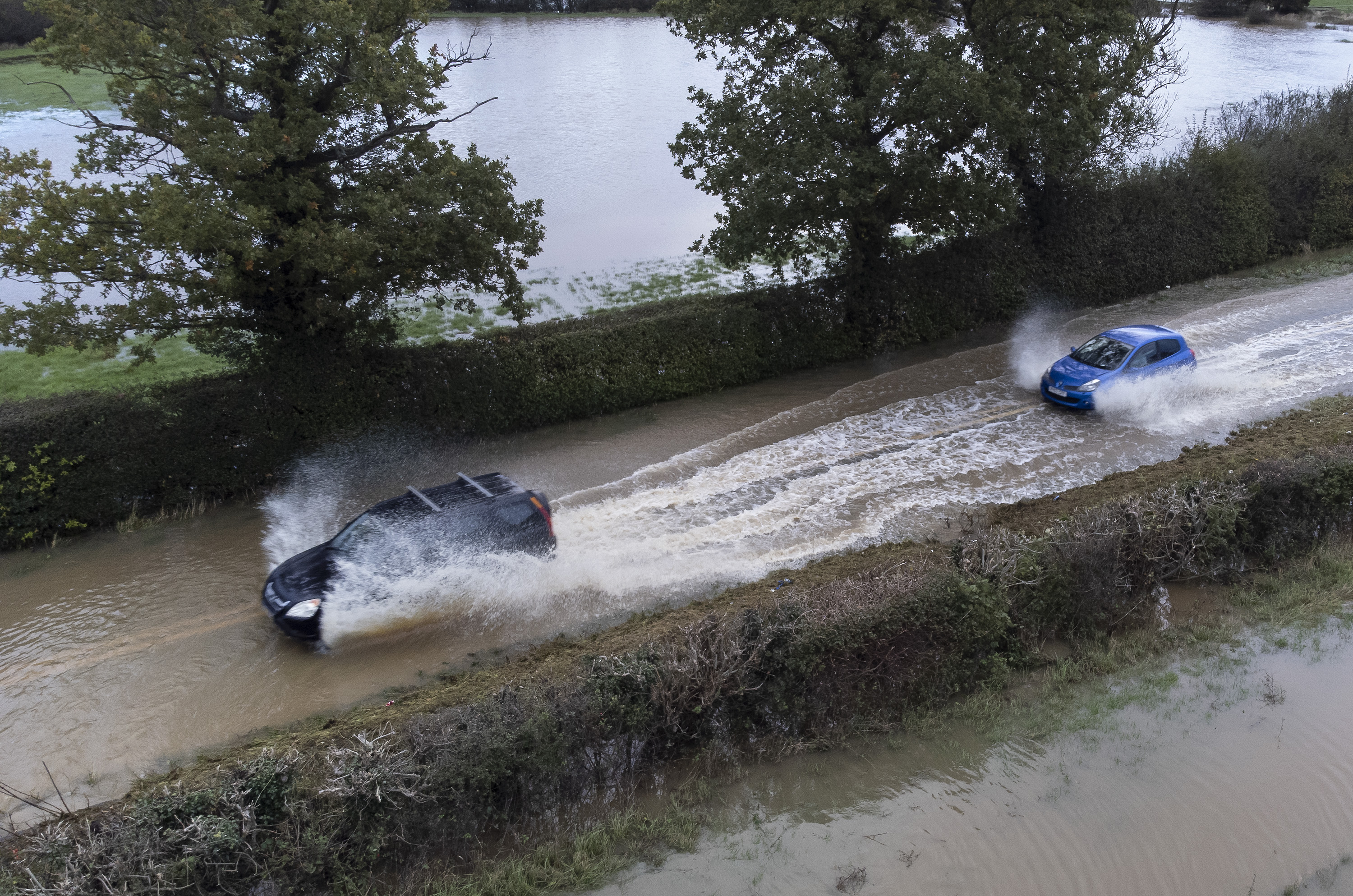 Others made their way through flood water nearbyCredit: LNP 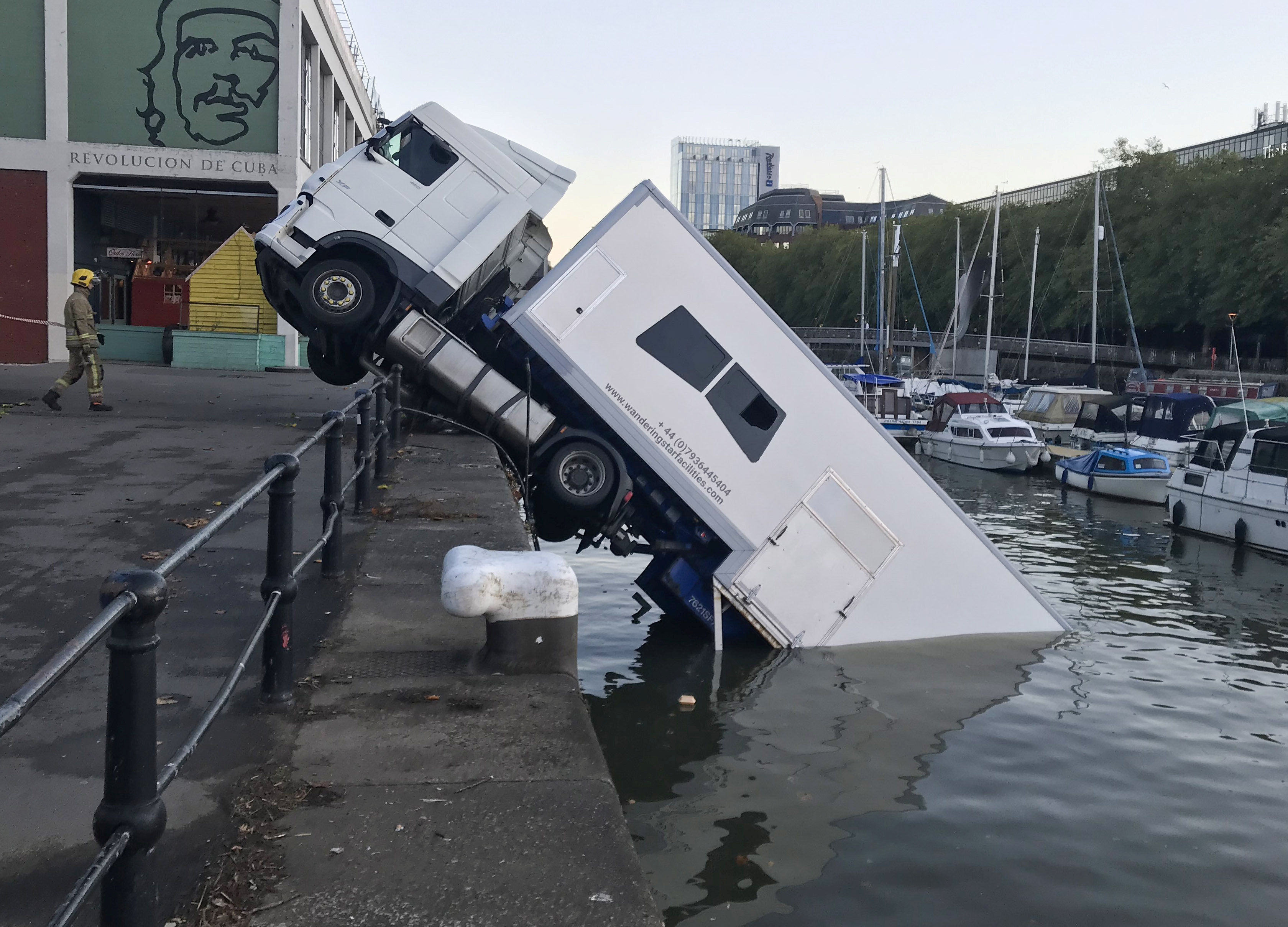 An articulated lorry was seen half submerged in Bristol Harbourside this morningCredit: SWNS 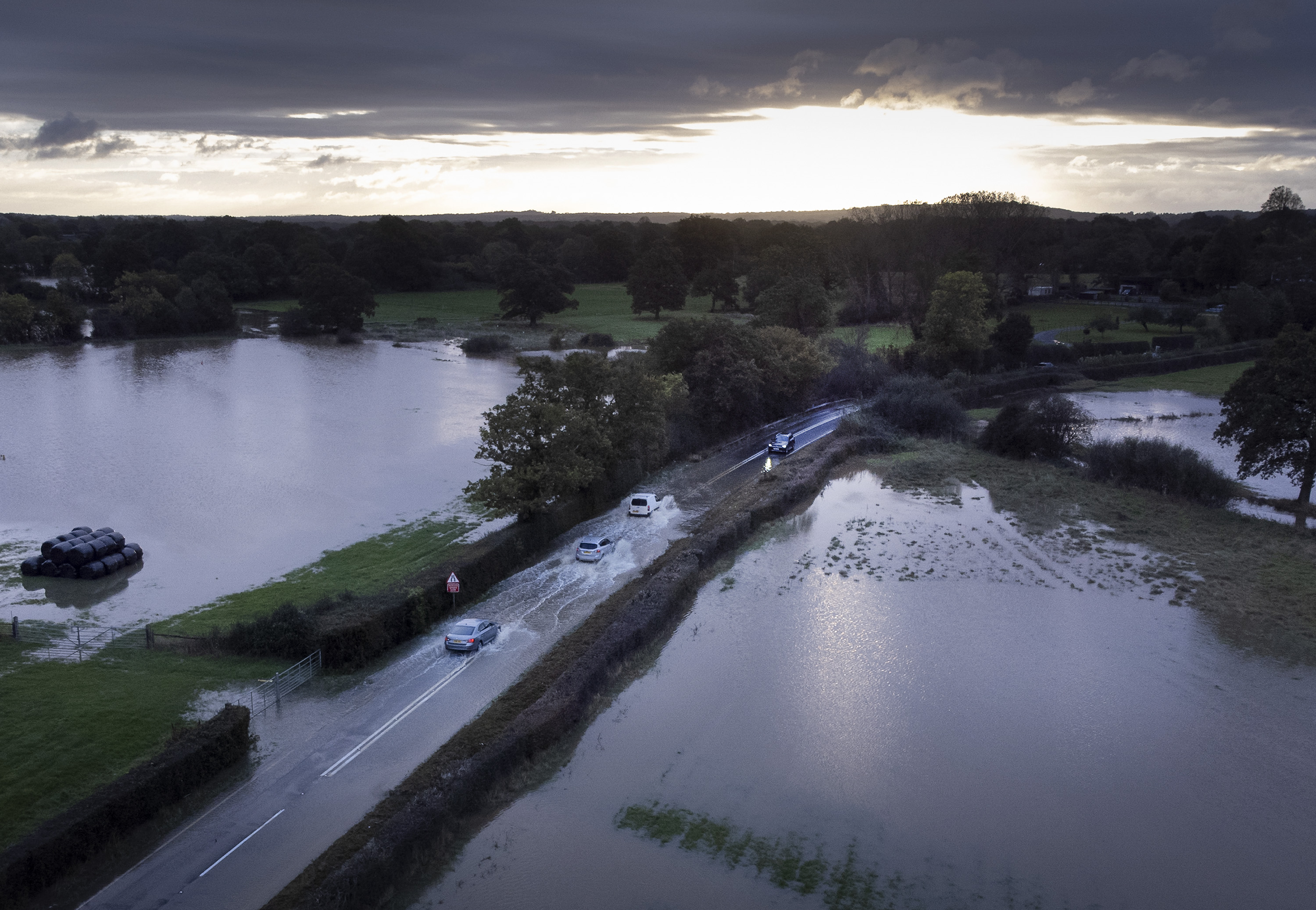 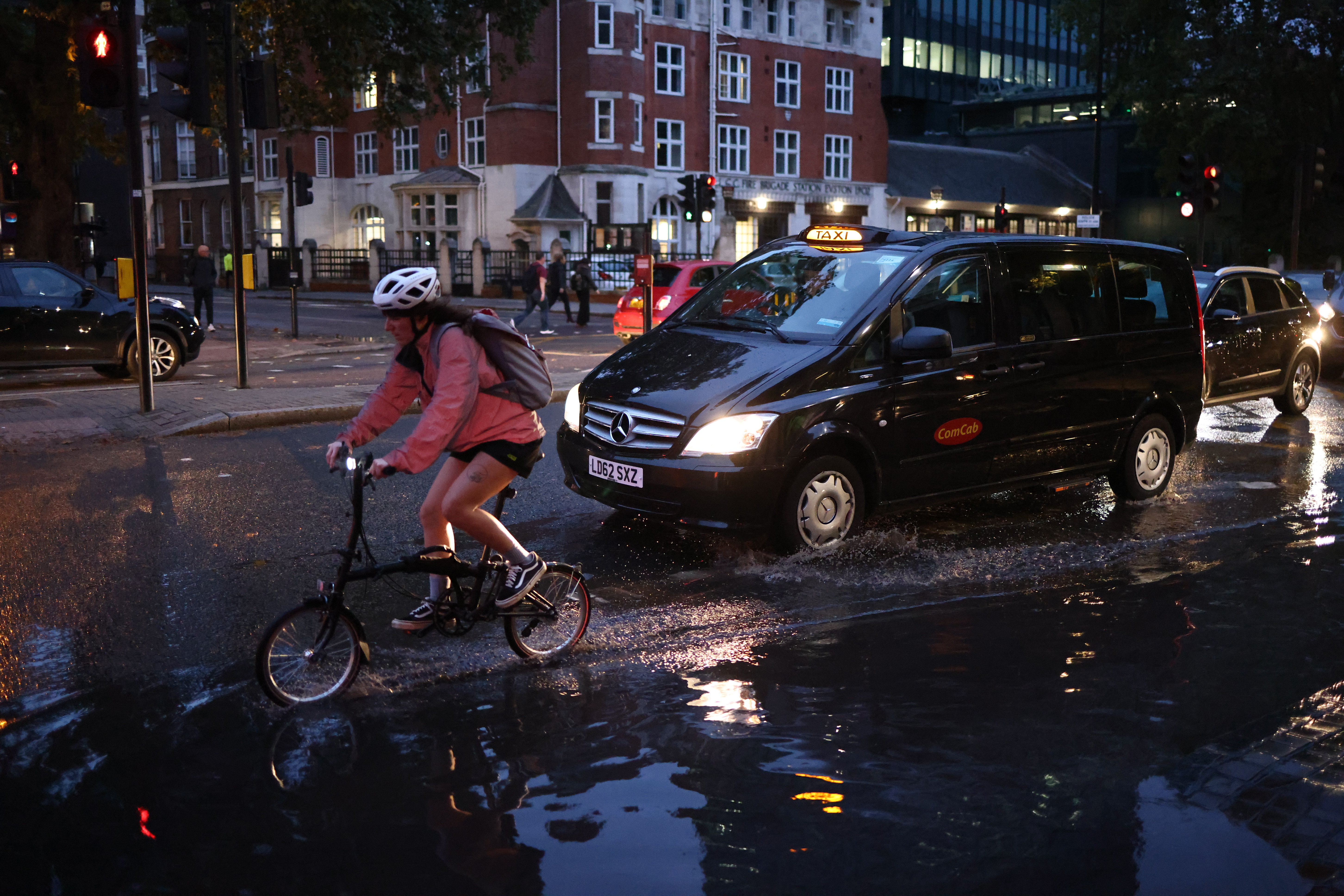 A cyclist rides through surface water in Euston, LondonCredit: LNP 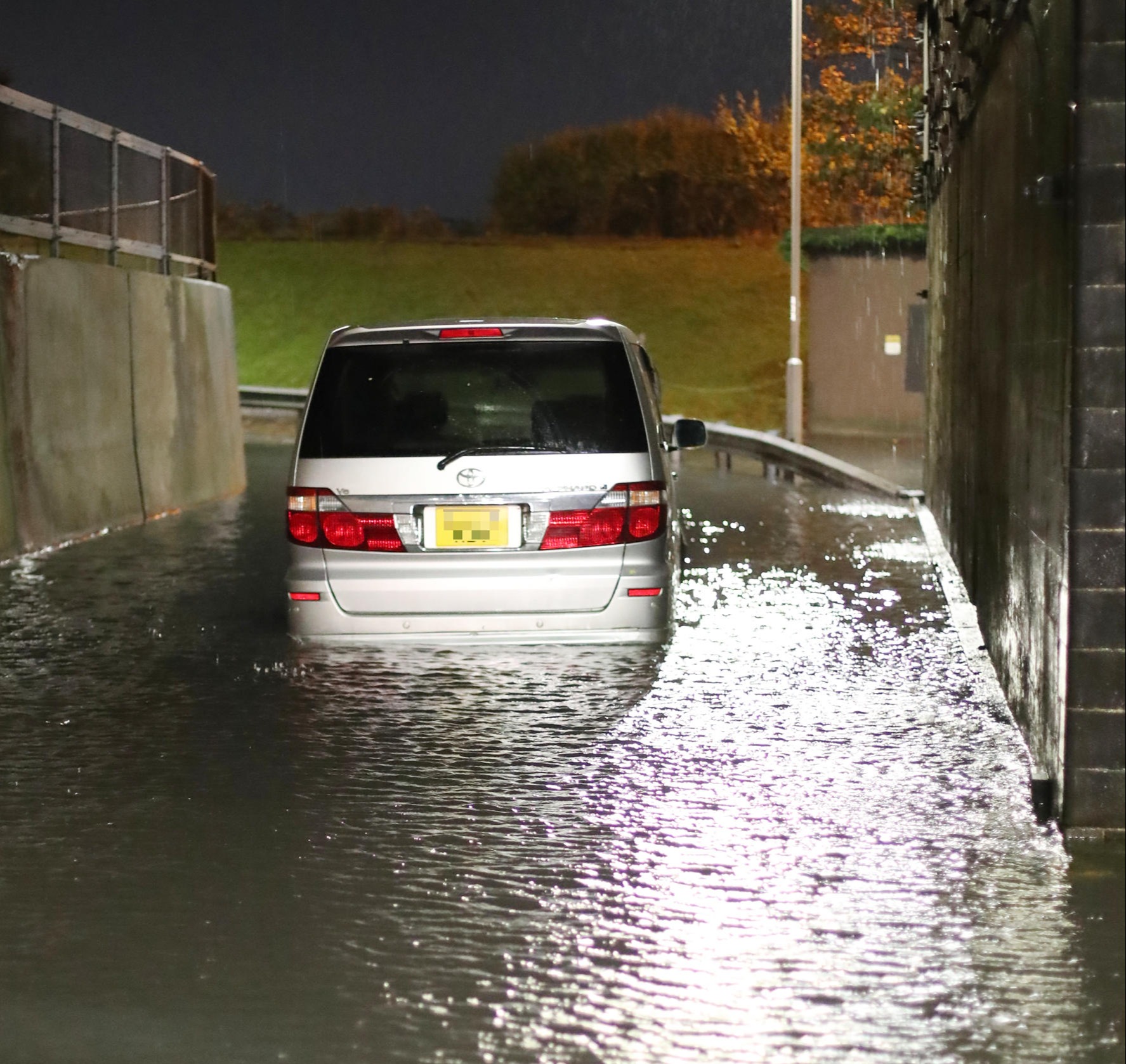 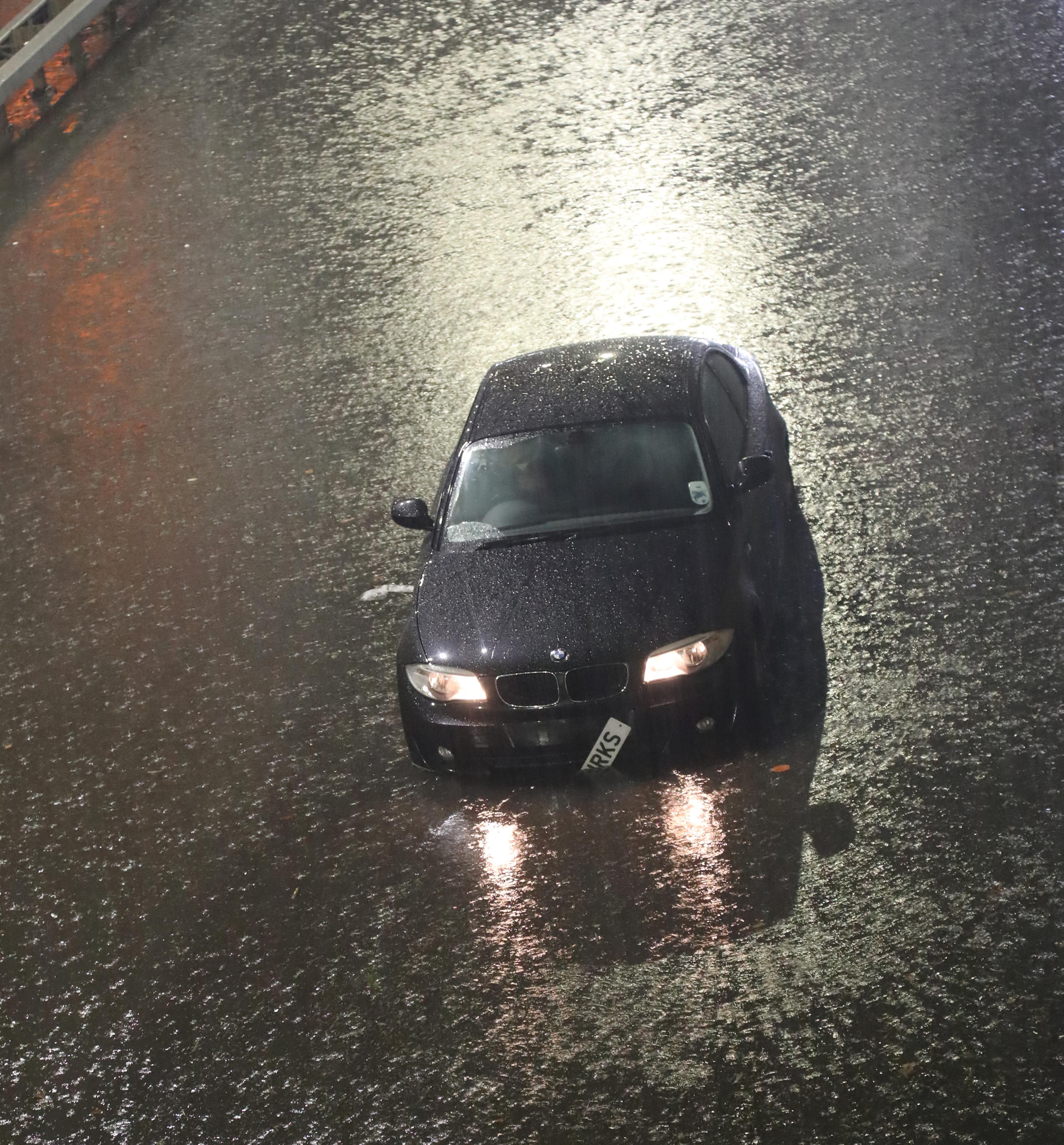 The A127 was closed after severe flooding and business’s along Southend sea frontCredit: Stephen Huntley/HVC 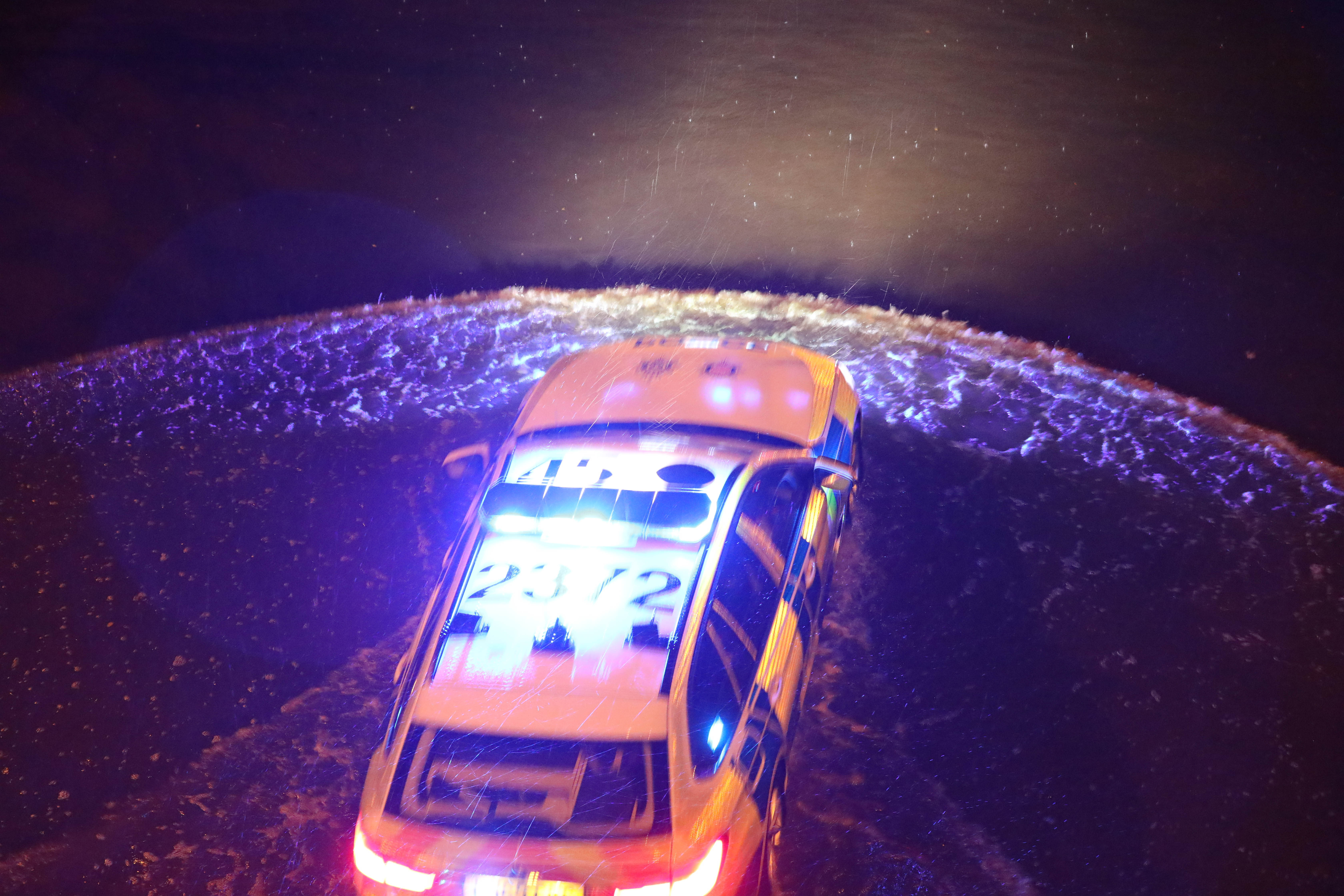 A police car wades through inches of water after a crash on the M23Credit: UkNewsinPictures 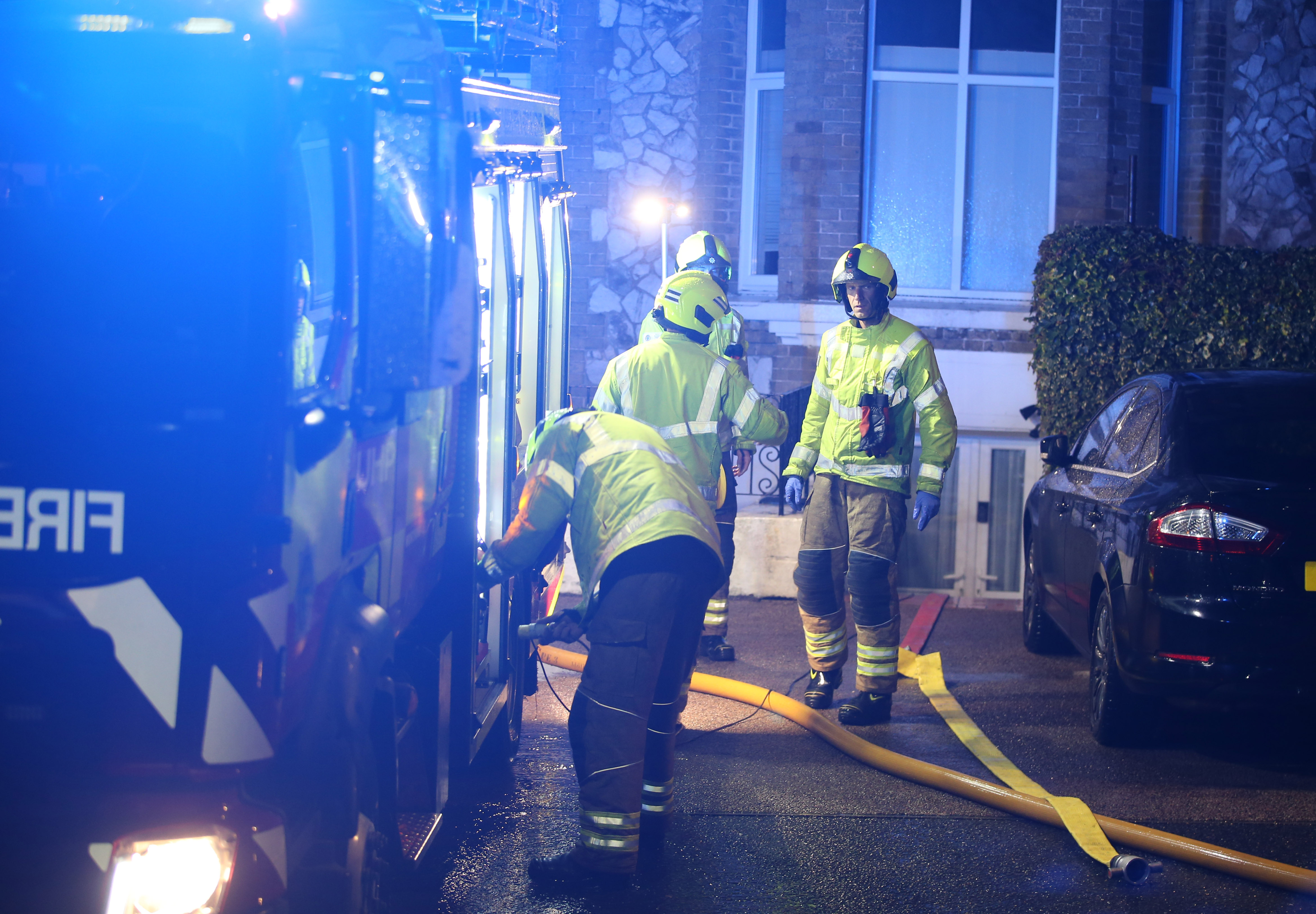 There has been major flooding in West SussexCredit: eddie mitchell 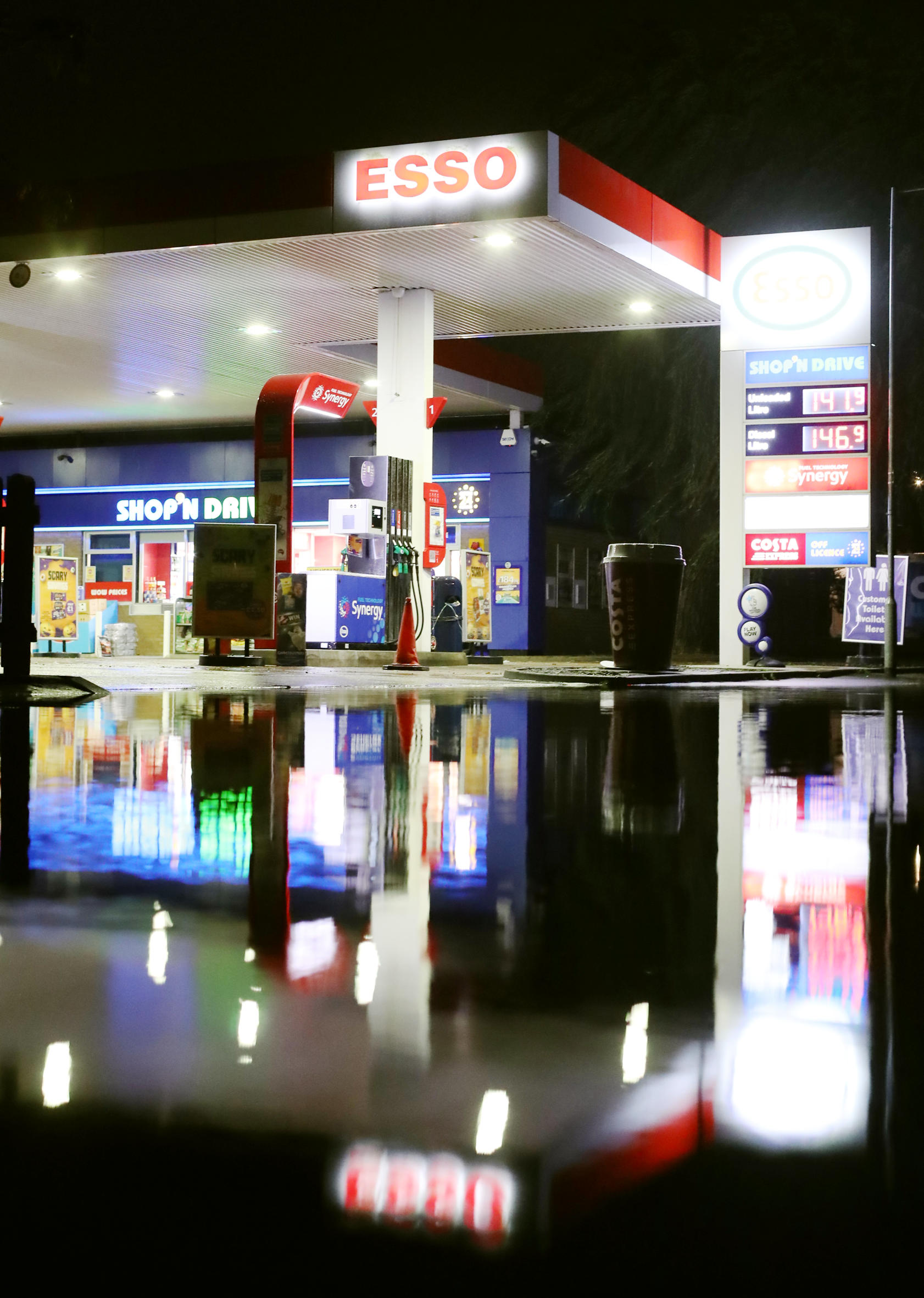 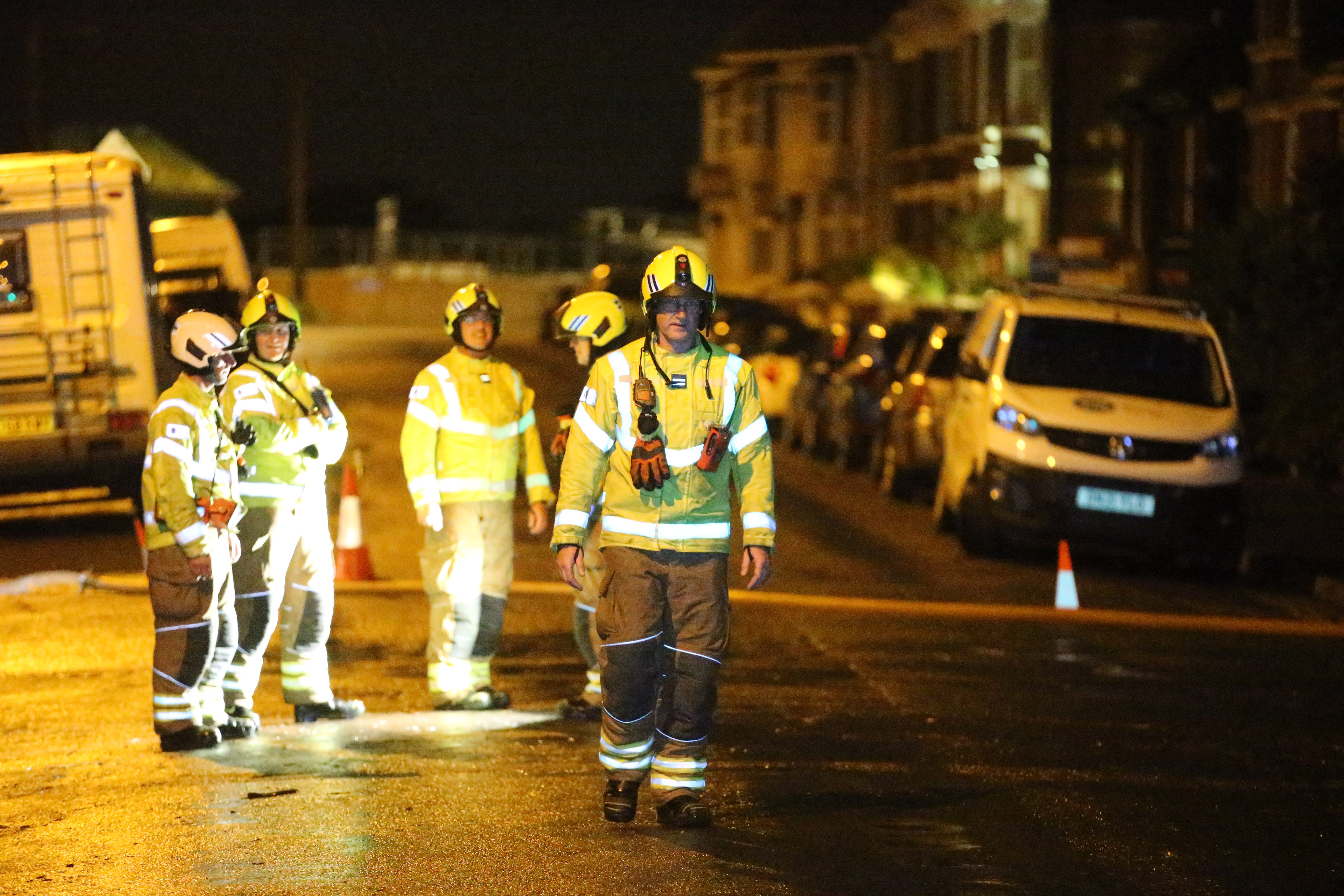 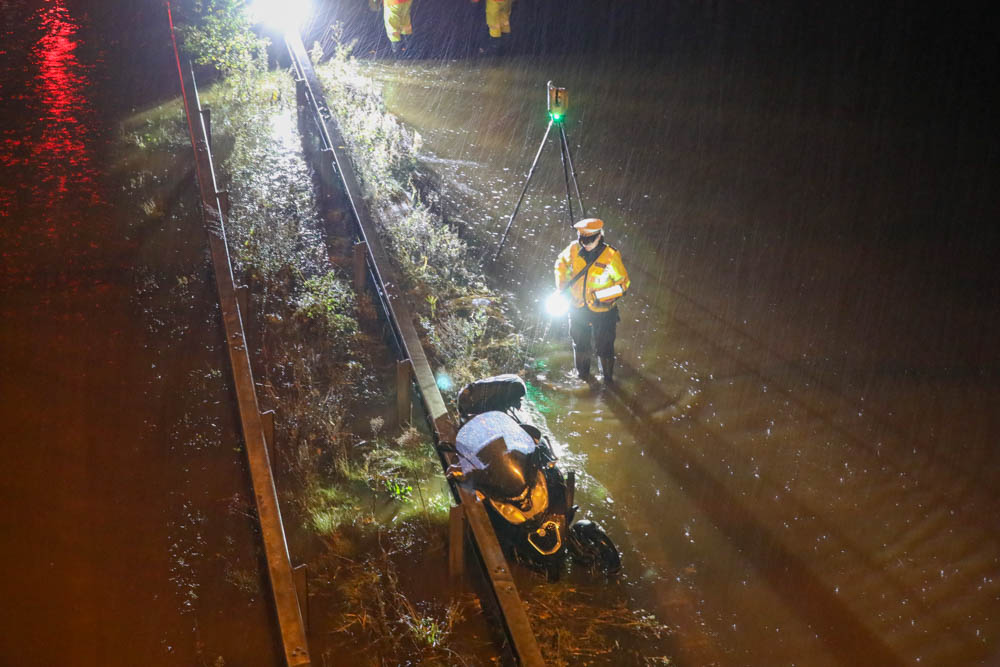 Emergency services worked through the rain on the M23 southbound last nightCredit: UkNewsinPictures 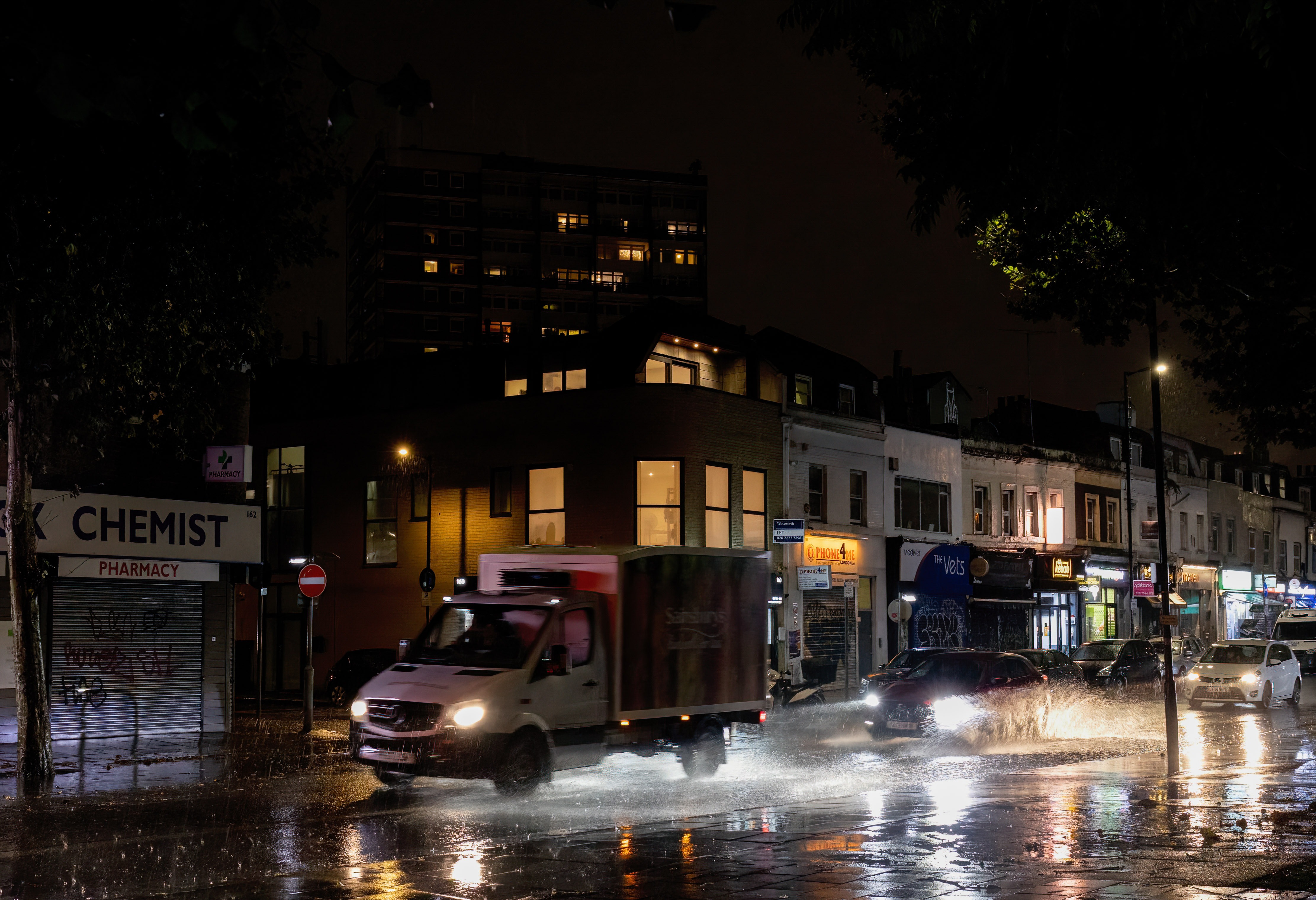 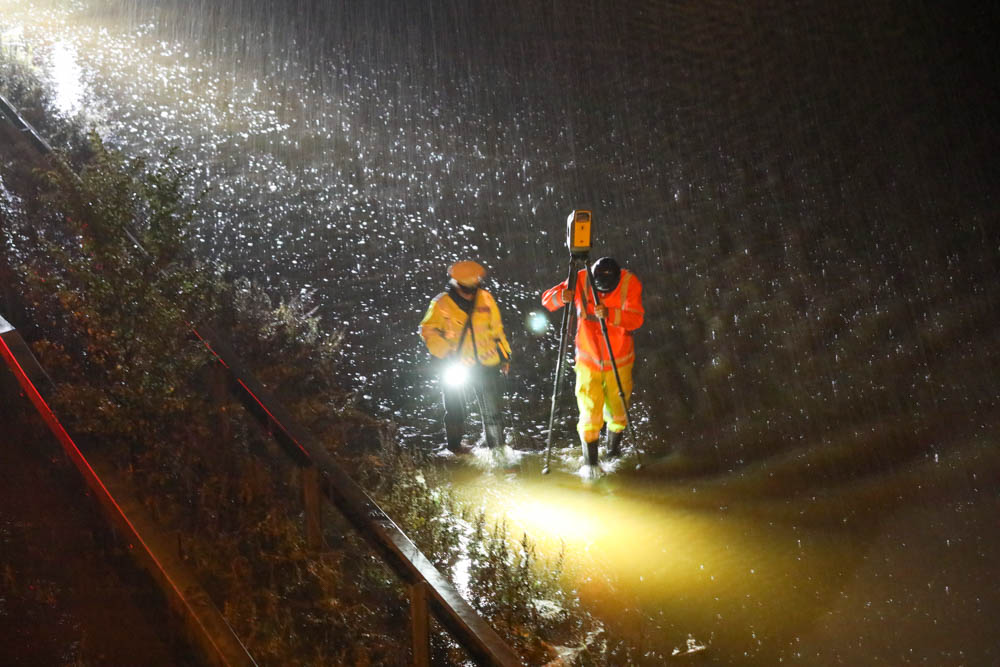 Services worked through the soaking conditions following a crashCredit: UkNewsinPictures

Scotland’s first snow of the season falls in Highlands