GERVONTA DAVIS continues his quest to emulate his mentor and promoter Floyd Mayweather as he enters the ring against Leo Santa Cruz.

Gervonta Davis is back in action on Saturday night

What date and time is Gervonta Davis vs Leo Santa Cruz?

What TV channel is Davis vs Santa Cruz on in the UK and the US and can I live stream it free?

How Mayweather compared with his protege Davis at the age of 25: 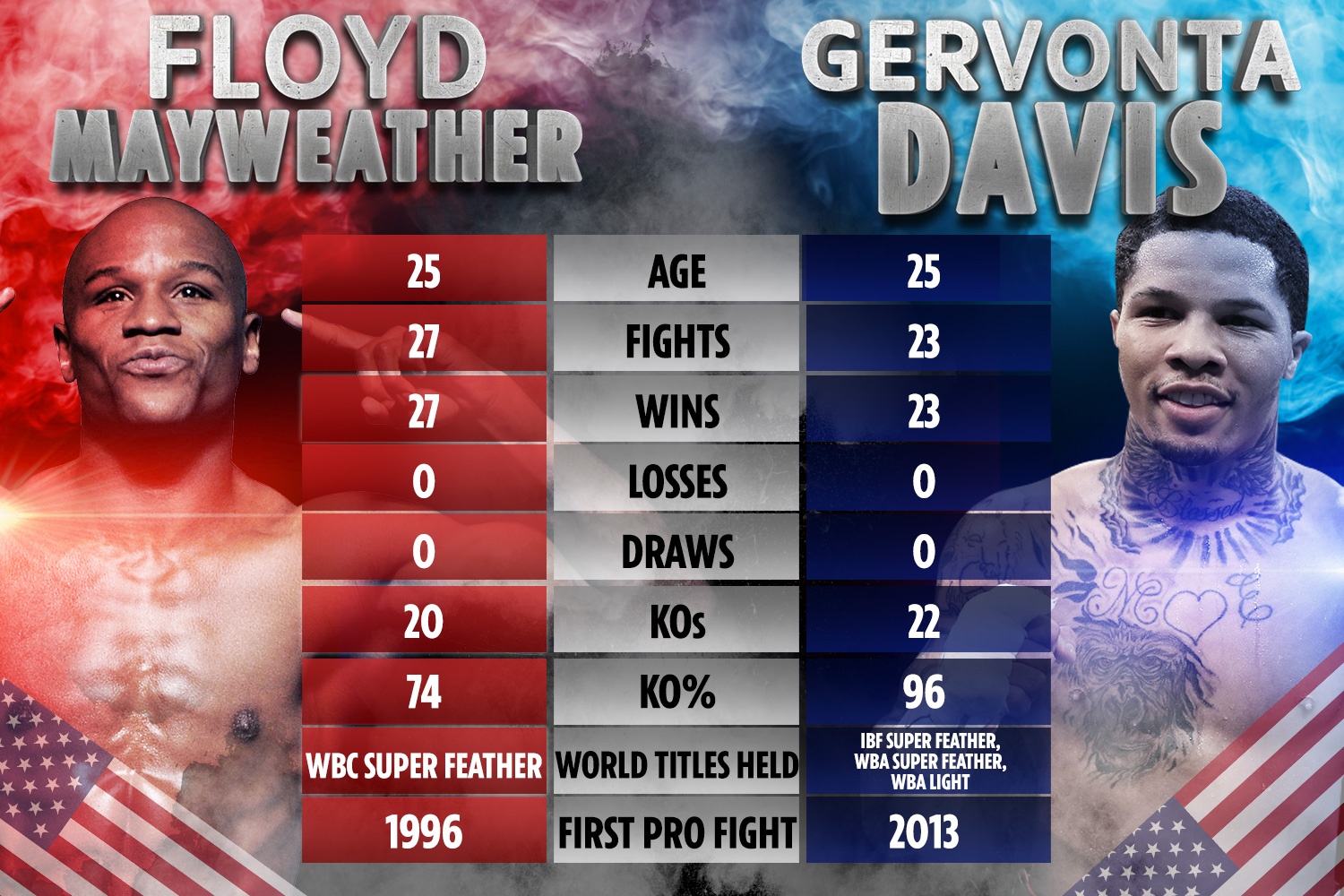 Davis: “Floyd [Mayweather] has been there coaching me through what comes with having my first pay-per-view main event fight.

“When I’m down or anything like that, he’s able to push me, because he’s been there before.

“There are things that only Floyd can tell me about because he has that experience.”

Santa Cruz: “We know we have a hard fight, I think the hardest fight in my career.

“We’re facing, you know, a hard-hitting fighter. You know, he’s got great skills and he’s, you know, being trained by the best ever, Floyd Mayweather.

“I know he’s gonna come with everything. So, you know, my determination is to go out there, beat Tank Davis, and I can say I beat one of the best, and I beat, you know, a fighter that’s been trained by Mayweather.

“So that, for me, that’s gonna be something really big, really great. I’m motivated in the gym. I wanna go out there and give the fans a great fight.”