ISRAEL ADESANYA weighed in as the second-lightest light-heavyweight UFC star for a title fight ahead of his showdown with Jan Blachowicz.

And the Nigerian-New Zealander, 31, even held a pizza box on the scales as he prepares to try and pile on the pounds ahead of fight night. 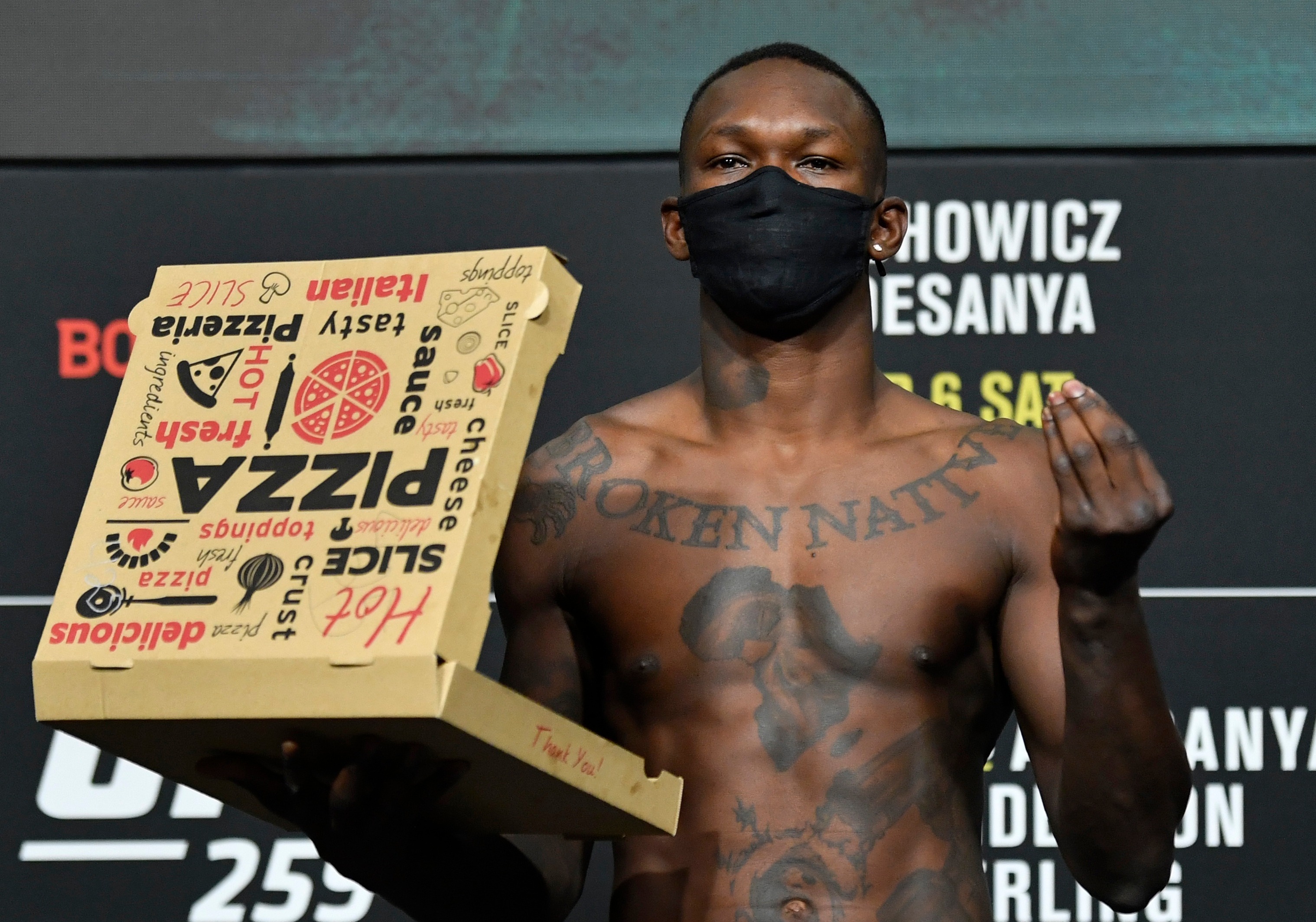 Adesanya officially came in at 200.5lb with the championship weight 205lb for the UFC 259 light-heavyweight contest.

Blachowicz tipped the scales at 205lb – but could be as much as 220lb by the time he steps into the octagon – and told SunSport he is not bothered how heavy Adesanya is.

The Polish star said: “We will see how big he is going in the fight. I’m ready for whatever size he is. Gaining size is not easy.

According to The Athletic, Adesanya’s low weight makes him the second-lightest light-heavyweight in UFC history when the belt is on the line.

And it did not end well for the Australian Sinosic as he suffered a first-round TKO.

Therefore should Adesanya win, he will become the lightest fighter of all time to win the UFC light-heavyweight title bout.

And he would also join an elite group of four fighters – male and female – to hold the UFC world championship belt in two weight divisions simultaneously.

The Last Stylebender will have attained double champ status in 1120 days – taking a huge slice off Conor McGregor’s record.

But fears for the middleweight were spread across social media with him looking so skinny alongside his rival.

Adesanya has won all 20 of his pro MMA bouts to date but is making his debut at light-heavyweight on Saturday night in Las Vegas.

His opponent, though, reckons he will secure an upset and become the ‘biggest star in the UFC’ with the victory.

“I’ll take his place and he’ll take mine. I’m going to be the biggest star in the UFC after this win.” 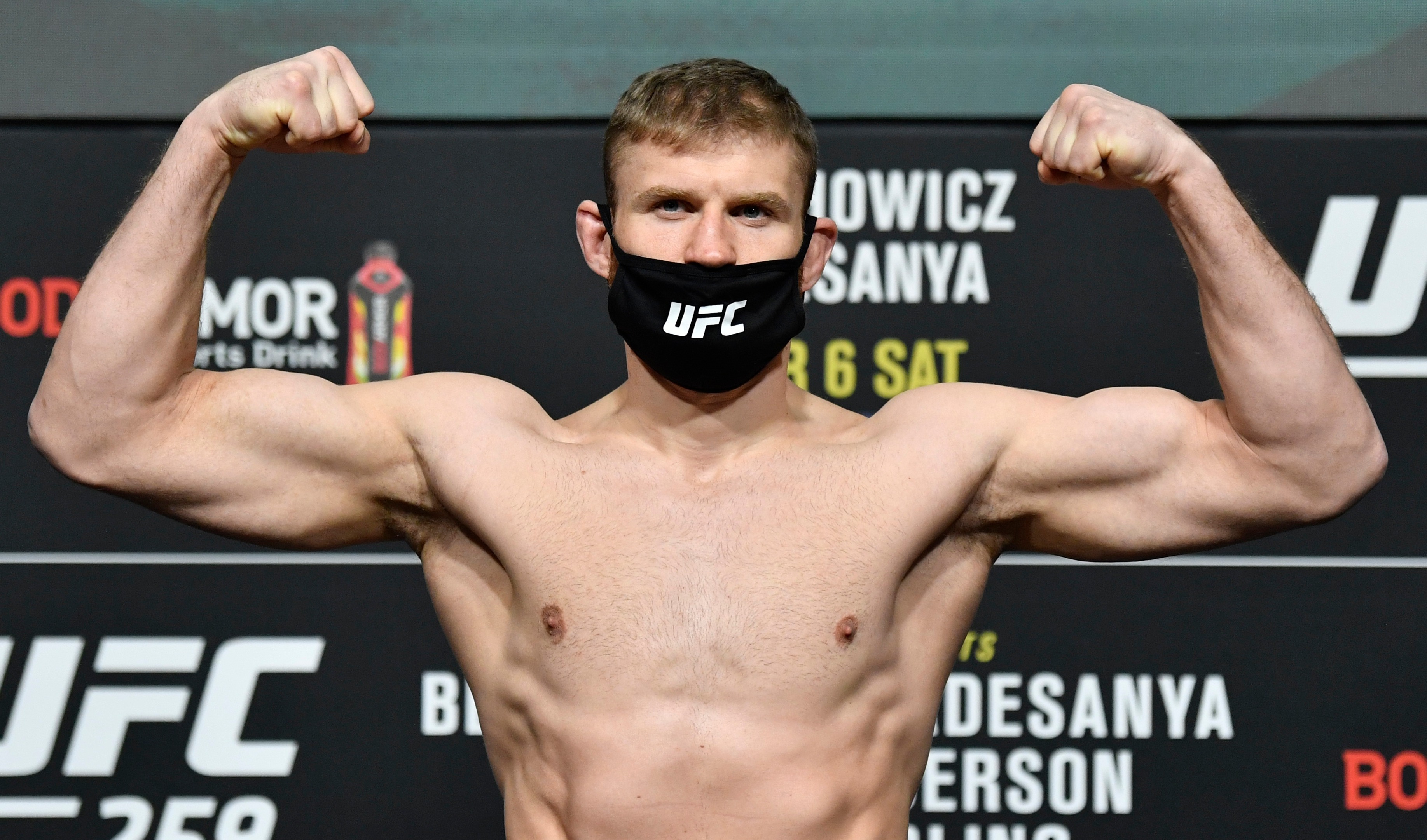 Jan Blachowicz came in at 205lb and is confident of ending his opponent’s unbeaten pro MMA recordCredit: Getty Images – Getty