TYSON FURY has given a worrying interview pouring water on his potential undisputed decider with Anthony Joshua.

The Gypsy King has kept quiet while his own promoter Bob Arum, AJ’s matchmaker Eddie Hearn and Joshua himself have hinted at a huge announcement this month for a June clash in Saudi Arabia. 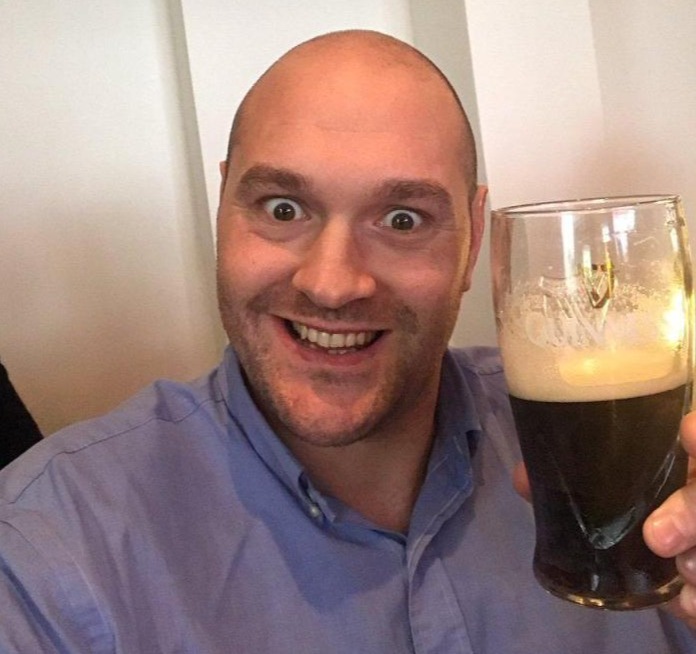 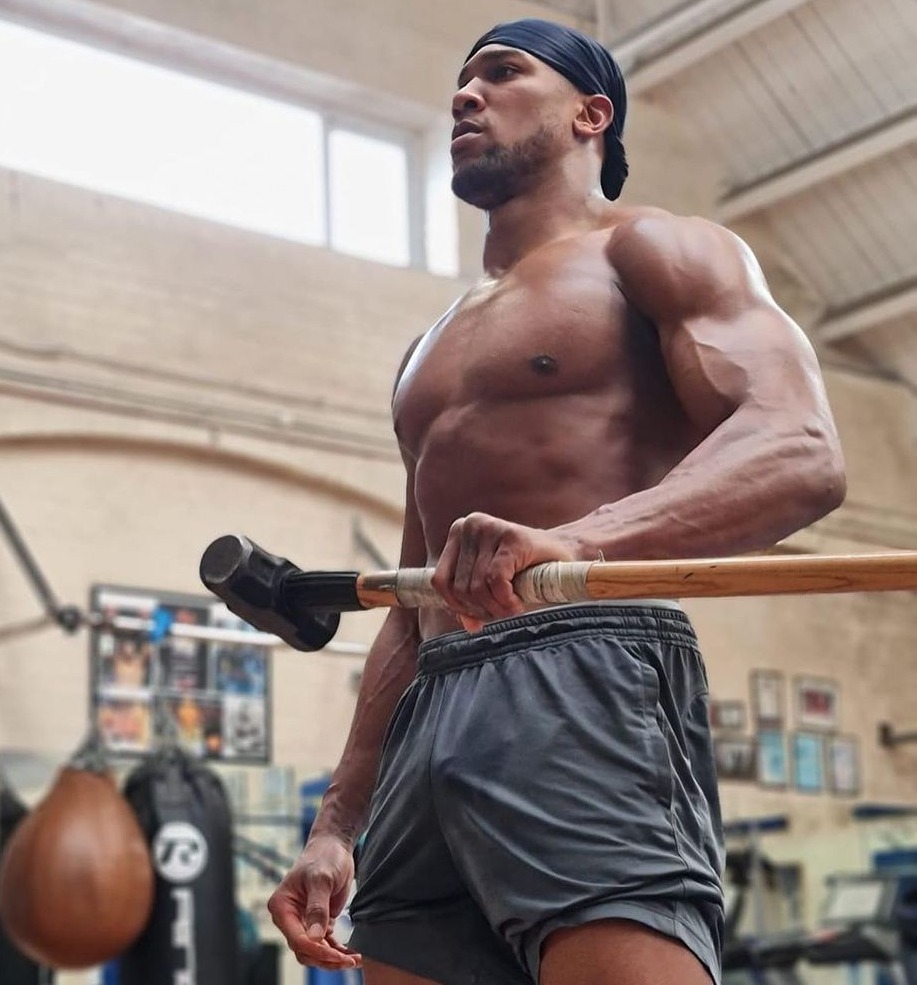 Hearn has even sold Brit fans the dream of the second-leg of the two-fight rivalry happening at a packed Wembley stadium, after the lockdowns have lifted.

But Fury, who claims he is necking up to 12 pints a day and not eating, says he will NEVER fight in the UK again and the AJ fight is well off schedule.

Fury, who does have a habit of conning reporters, told IFL: “Whatever they say is very unimportant to me because, until I have a fight date and a hell-of-a-lot of money in my pocket, there is no fight.

“Will I be fighting Joshua in the next ten minutes? No. Do I think the fight will eventually happen? Yes, it has to happen. Do I think it is next or imminent? No.

“I am not going to hold my breath for it, that’s for sure.

“I am not going to put all my eggs in one basket because I have been guilty of doing that before and, when the fight doesn’t happen, that is when I end up in a massive depression and feel like killing myself.

“I am not going to say ‘it is definitely happening in June or July’”.

Fury has not boxed since his brilliant February 2020 rematch win over Deontay Wilder that earned him the WBC title that is the one missing from Joshua’s collection.

With a straight face, he said: “I have stopped training at the moment, I am on holiday.

“I am drinking anything between eight, ten, 12 pints of lager a day, at the minute.

“But I am not eating so I am getting my calories through alcohol.

Fury was supposed to fight in London on December 5 in a celebrated homecoming bout.

But he clashed with his promoters and broadcasters about his pay and level of opponent so embarrassingly the bout was binned.

The 6ft 9in undefeated ace has now gone over a year without a fight and he is demanding two in the next nine months but has ruled out ever returning to the UK.

After Wilder accused him of cheating in his magnificent Las Vegas coronation, Fury ruled out a trilogy clash but, in a total 180, that is now back on the table.

He said: “I have two fights this year and I don’t give a f*** if they are with, Joe Bloggs, Fred Flintstone, Mike Tyson, anybody. I just want to fight this year.

“Don’t write Wilder out of the equation next, I could be having the trilogy fight with him yet.

“There is a lot going on behind the scenes and Wilder could be next.

“I will never box here again. No. Finished.

“The superstar of world boxing will not box in small halls anymore. My new home is in Las Vegas.

“I intend to stay there and end my career over there.”

Earlier on Thursday, Fury’s promoter – Frank Warren – had revealed the Gypsy King was getting ‘peed off’ with the drawn out AJ negotiations. 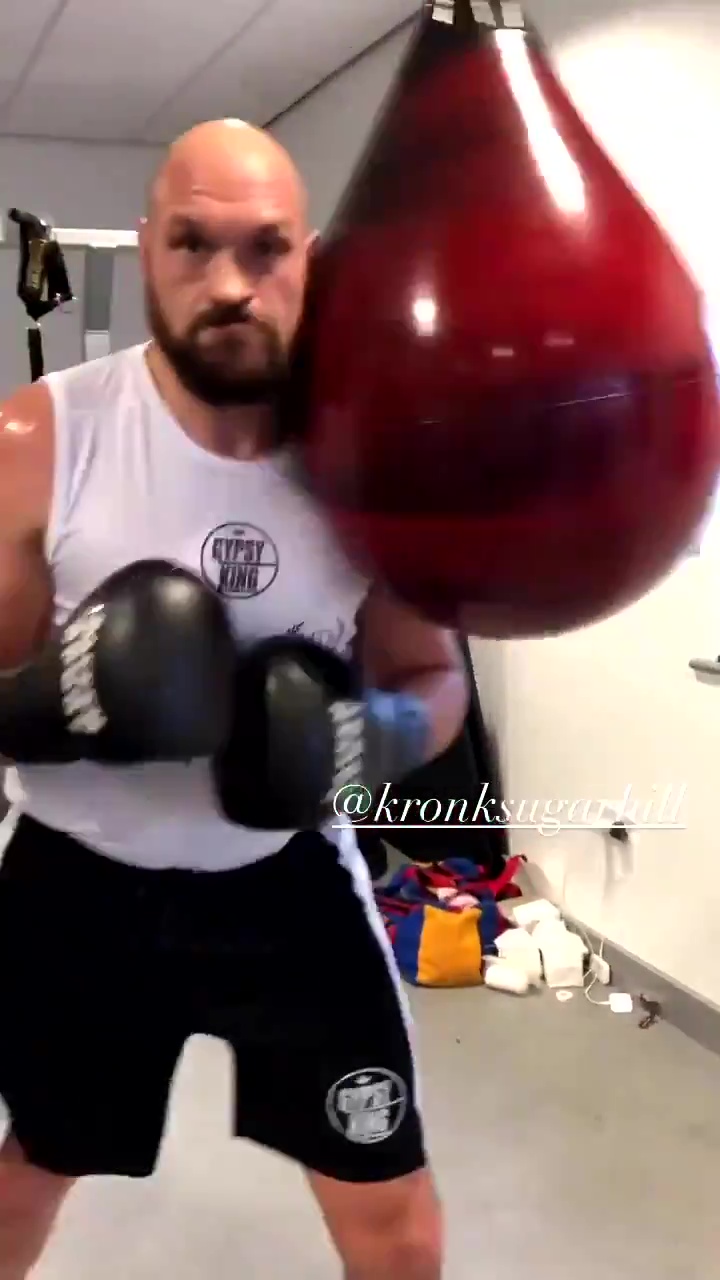 Fury said he’s given up training for now while he waits for negotiations to finishCredit: Twitter / @Tyson_Fury

Warren claimed: “Nobody is more frustrated than the fighters and us, we’ve worked like you cannot believe to get this over the line.

“I think Tyson is a bit peed off about it because it’s dragging on and on and on.”

Warren continued: “What I can say is that everything is agreed, it’s an imminent announcement and we’ve got to work on a site, and that’s it.

“It’s absolutely moving in the right direction and everybody is on the same page.

“Hopefully everybody will be getting the good news soon.

“The contracts are agreed and they will be signed, 100 per cent, I’m confident of that.”