TWO thirds of Brits say they are willing to have a coronavirus vaccine as soon as one becomes available, new research has found.

Just 17 per cent of 2,000 adults surveyed said they would refuse the jab with 19 per cent saying they are still unsure. 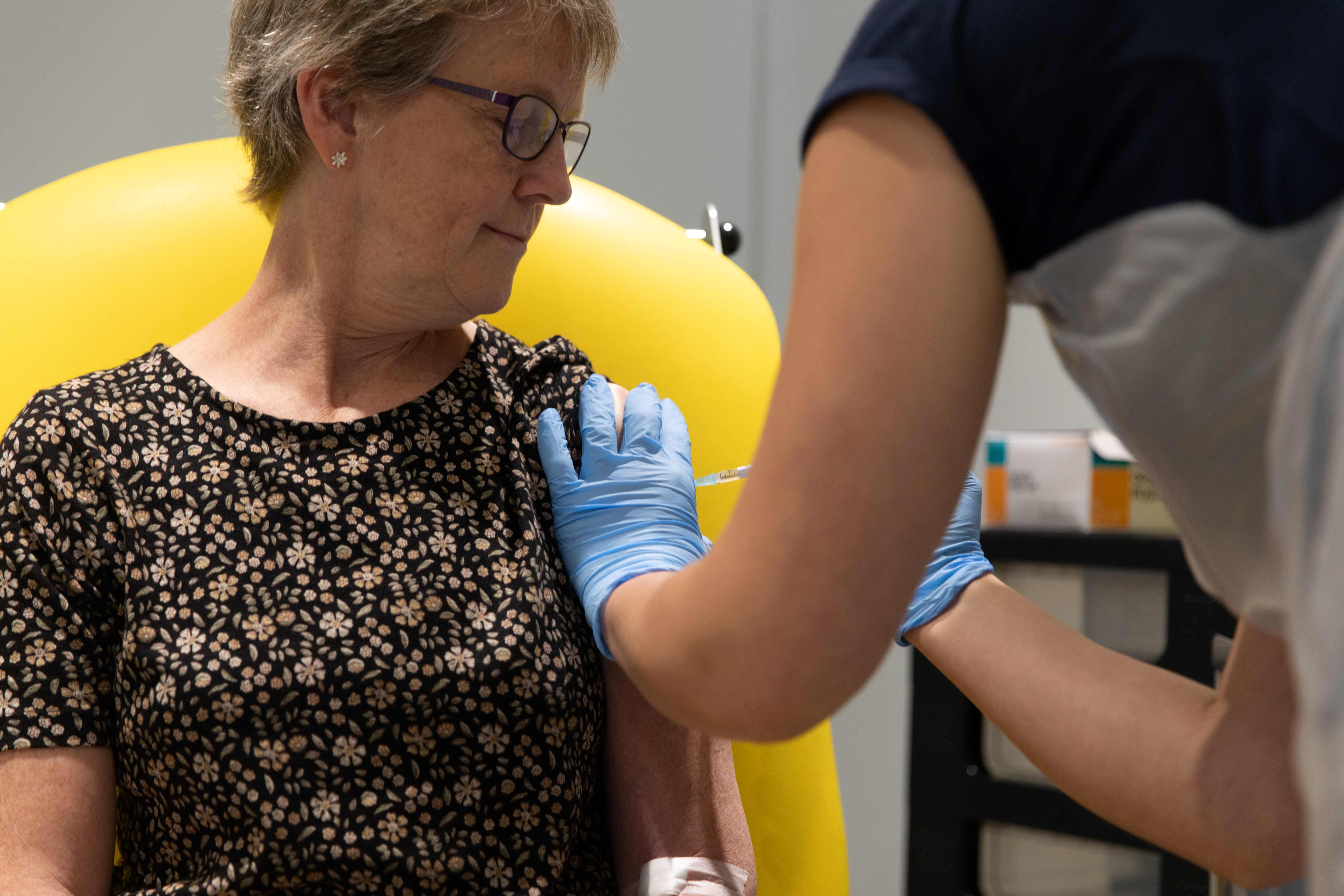 An overwhelming majority of Brits say they will get the Covid vaccineCredit: AFP

Fewer than one in 10 (eight per cent) of those aged 55 or over would decline the vaccine when it is offered to them.

The speed at which the vaccinations have been developed have resulted in 71 per cent regarding its fight against Covid-19 as one of science’s greatest achievements.

The survey, by Medicspot, also looked at how people who didn’t want the vaccine could be incentivised to take it.

A fifth (20 per cent) said they would be vaccinated if they were paid, while 19 per cent would if it meant they could go to the pub.

Dr Johnson D’souza, medical director at Medicspot, said: “In the space of one month we’ve had three vaccines announced, which has been an incredible achievement from everyone involved in the fight against Covid-19.

“It is comforting to know the vast majority of the public is supportive of the vaccine.”

The survey also found 45 per cent think the vaccine should be mandatory for everyone, while just over a third (35 per cent) disagree entirely.

But 57 per cent think the vaccine should only be mandatory for people who are deemed at a greater risk of the virus.

The research was carried out as Prime Minister Boris Johnson announced the latest Tier system as well as plans to allow ‘Five Days of Christmas’ where families from up to three households can mix over the festive season.

Almost a fifth (19 per cent) of respondents, polled via OnePoll for Medicspot, admitted they have broken the lockdown rules that were introduced at the start of November.

But 75 per cent said they were likely to adhere to the new regional tier rules just announced.

In a move welcomed by the travel industry, the government is also lifting the ban on international travel when lockdown ends – giving families the chance to get away for winter sun.

On their return, travellers will now have to quarantine for five days instead of 14 if they can provide a negative Covid-19 test.

Medicspot has developed fast Covid-19 tests with next-day results designed for businesses testing staff and for individuals who need a ‘fit to fly’ certificate or have returned from abroad.

When the vaccine becomes available, almost three quarters (71 per cent) think people arriving in the UK on holiday or for business should have a certificate confirming they have been vaccinated

And 70 per cent think UK residents leaving the country should have a certificate saying they’ve been vaccinated.