TWITTER CEO Jack Dorsey admitted that banning Donald Trump from the platform sets a “dangerous precedent,” but insisted that the risk of more violence was a “real” threat.

In a Wednesday night Twitter thread, Dorsey admitted that having to ban the president of the United States was not what the company wanted to do, but was the right decision following the Capitol riots. 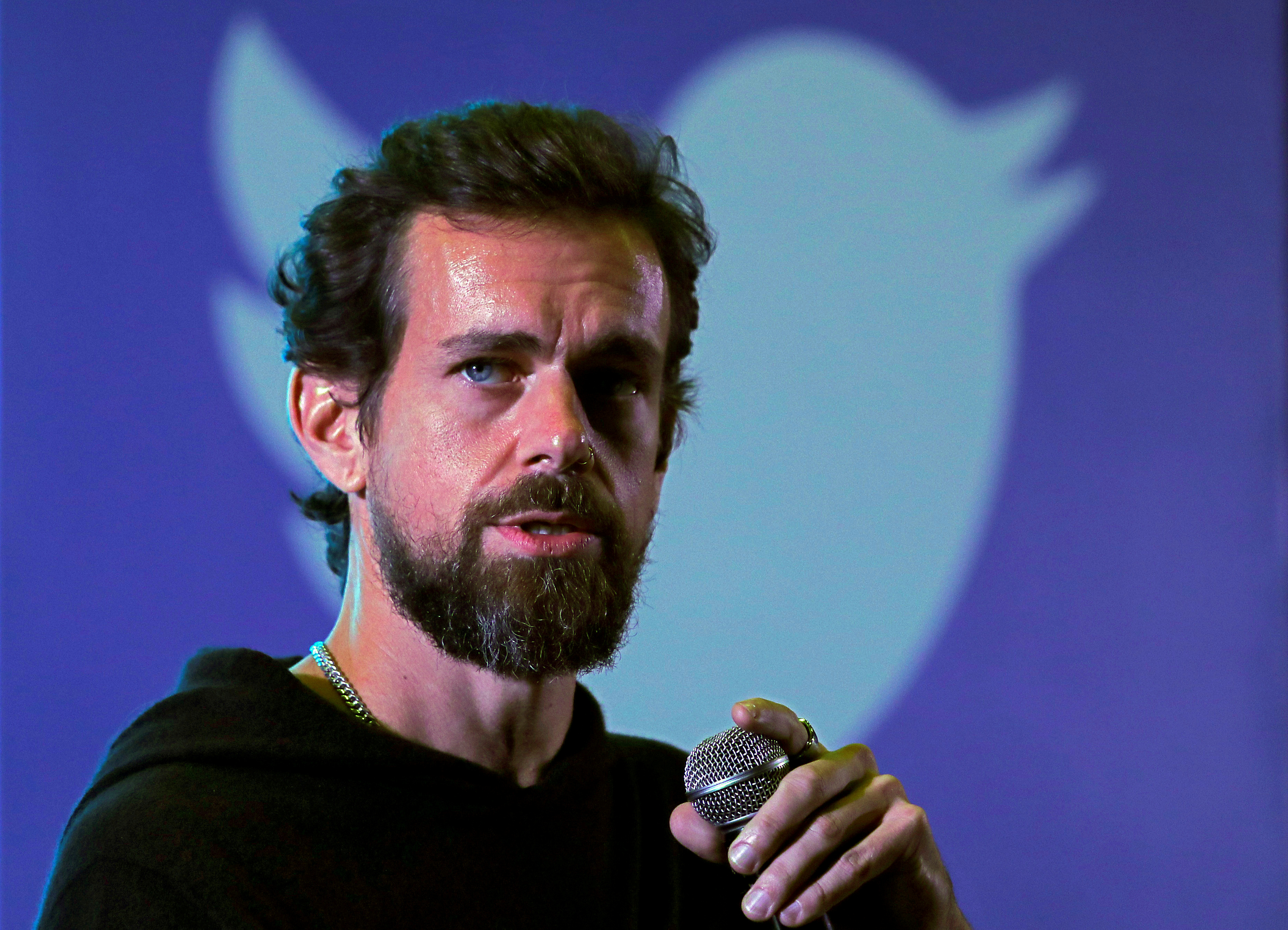 Twitter CEO Jack Dorsey said he does not ‘celebrate’ the fact that the company suspended Donald Trump’s accountCredit: Reuters 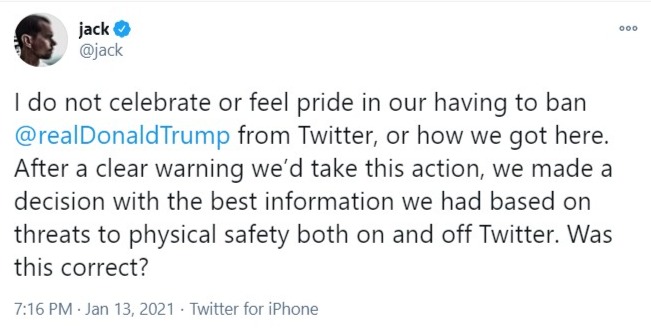 Dorsey posted a thread about how suspending Trump could set a dangerous precedentCredit: Twitter

“I do not celebrate or feel pride in our having to ban @realDonaldTrump from Twitter, or how we got here,” Dorsey wrote.

“After a clear warning we’d take this action, we made a decision with the best information we had based on threats to physical safety both on and off Twitter. Was this correct?

“I believe this was the right decision for Twitter. We faced an extraordinary and untenable circumstance, forcing us to focus all of our actions on public safety.

“Offline harm as a result of online speech is demonstrably real, and what drives our policy and enforcement above all. 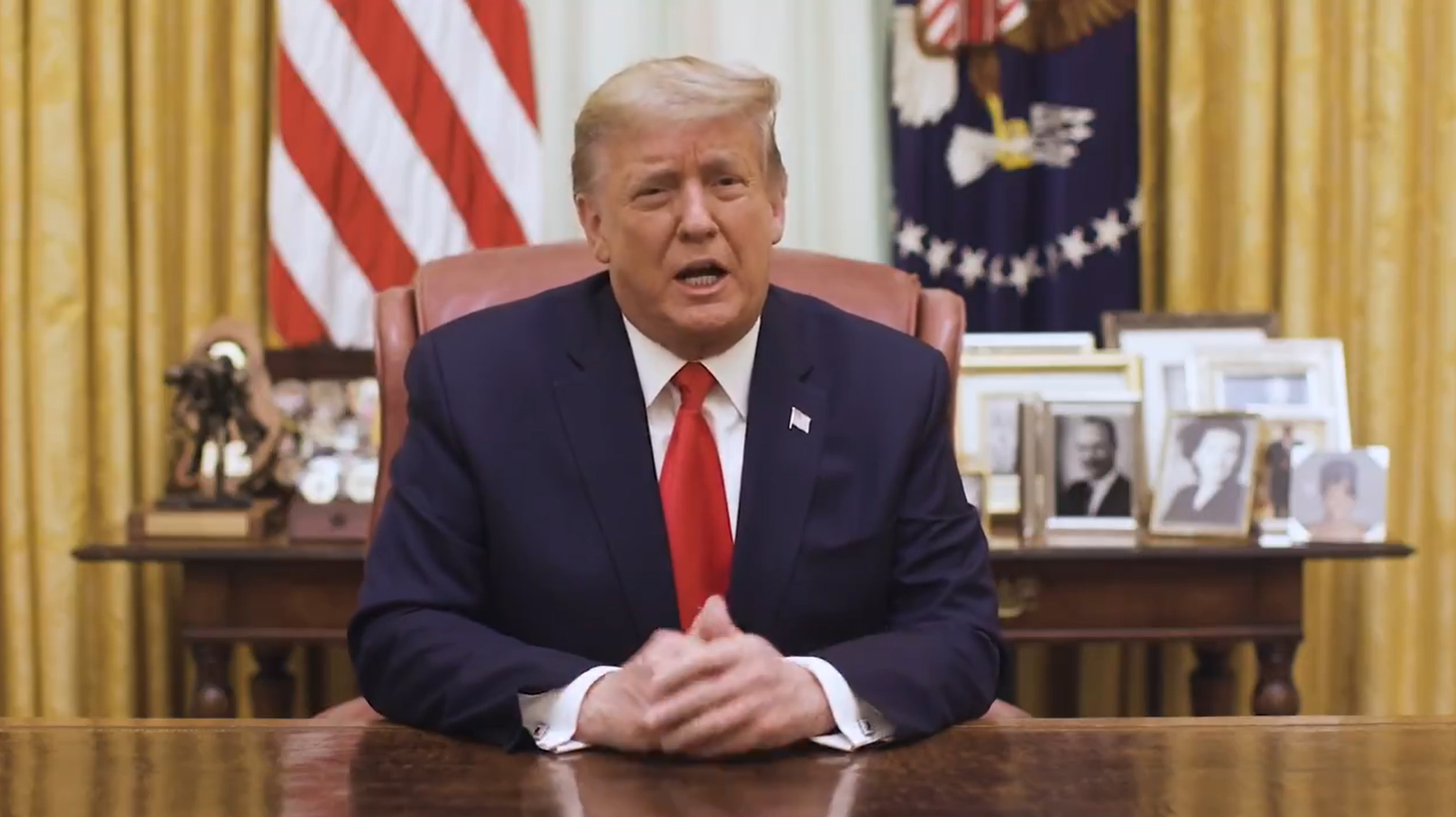 Trump did condemn the violence at the Capitol in a video posted by the White House on WednesdayCredit: The White House 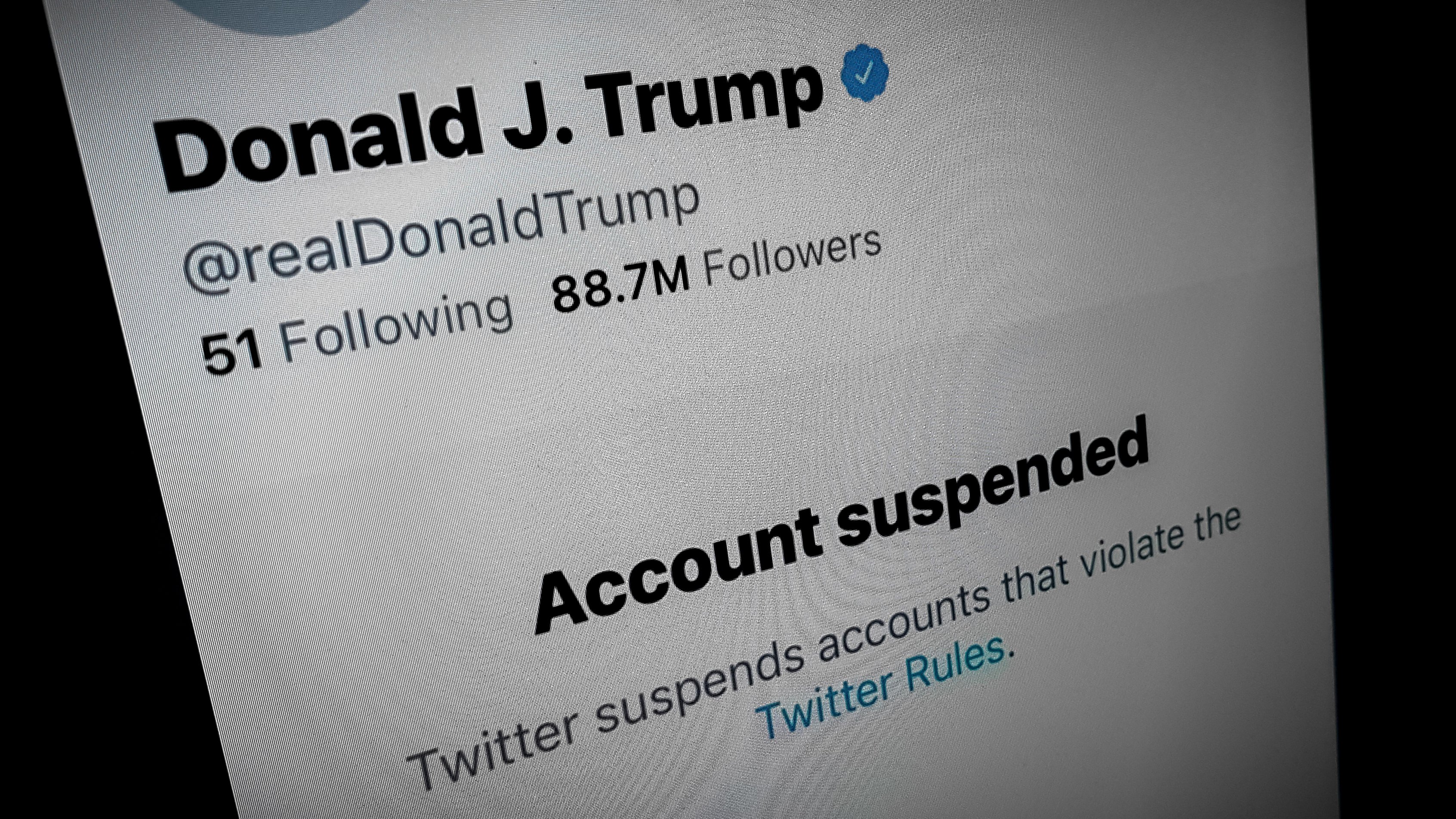 “That said, having to ban an account has real and significant ramifications. While there are clear and obvious exceptions, I feel a ban is a failure of ours ultimately to promote healthy conversation,” he added.

Dorsey went on to explain that he believes Twitter’s decision to ban Trump sets a “dangerous precedent” regarding “the power an individual or corporation has over a part of the global public conversation.”

Twitter has been criticized heavily for the decision to ban Trump’s personal account from using the platform permanently.

The decision came after Trump gave a speech to his supporters in DC while Congress was working to certify the results of the 2020 presidential election, which then led to a riot at the Capitol building. 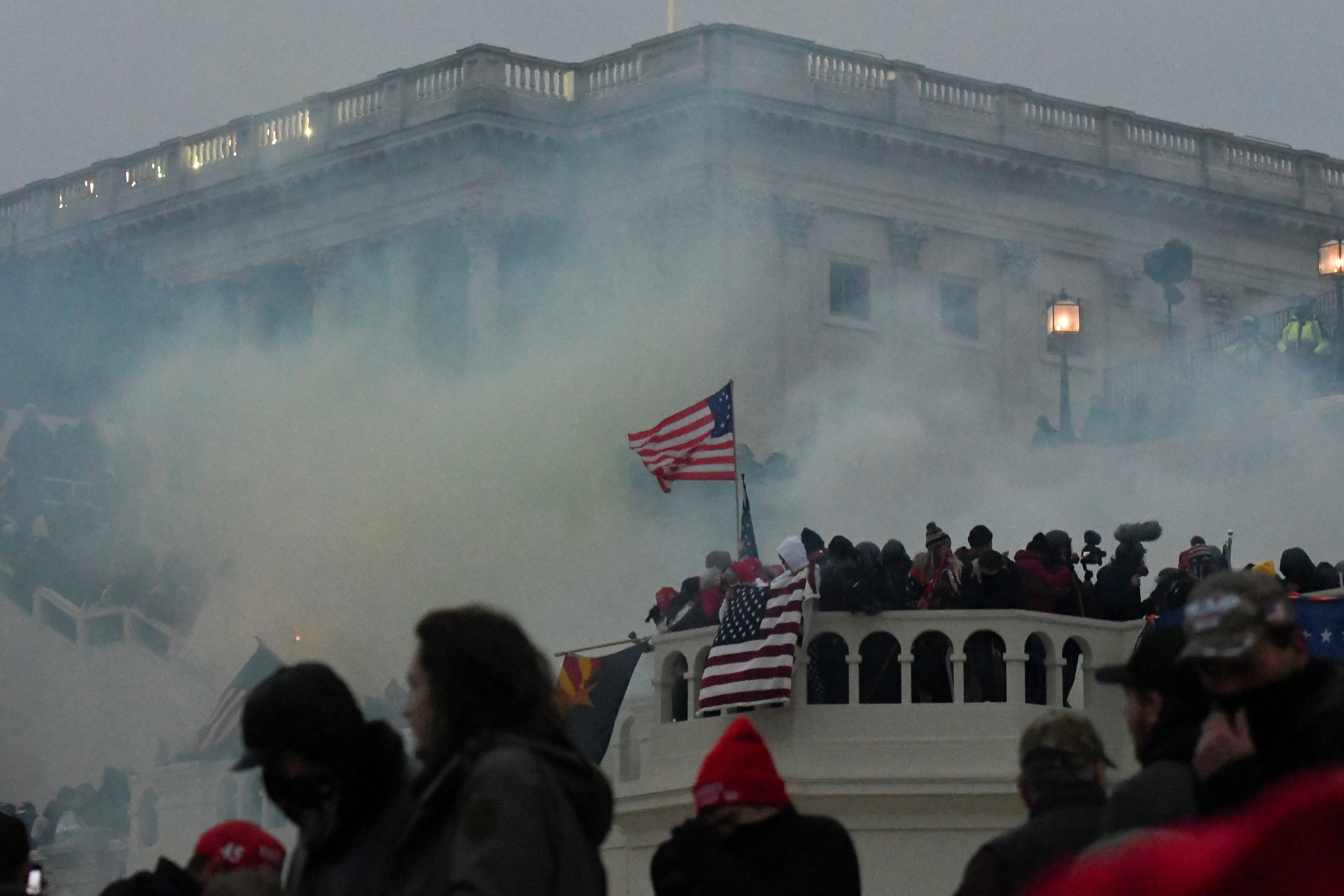 The riots broke out after Trump urged his supporters to ‘fight’ the results of the 2020 electionCredit: STEPHANIE KEITH

Trump denied that the language he used incited the riot, and later condemned the violence, but only after thousands of his supporters stormed the building, a chaotic afternoon that led to the deaths of five people.

Facebook founder Mark Zuckerberg also banned Trump from Facebook and Instagram until at least after his term ends following his failure to “condemn the actions of his supporters.”

This week, YouTube also announced that it would be suspending the president’s channel for at least a week due to “concerns about the ongoing potential for violence.”

Apple, Google, and Amazon all removed the app from their services.

Parler CEO John Matze has spoken out about the removal, calling it “absolutely disgusting.”

Matze reportedly posted on his Parler page this week that the app will “likely be down longer than expected.”

He continued: “This is not due to software restrictions — we have our software and everyone’s data ready to go.

“Rather it’s that Amazon’s, Google’s and Apple’s statements to the press about dropping our access has caused most of our other vendors to drop their support for us as well. And most people with enough servers to host us have shut their doors to us.”