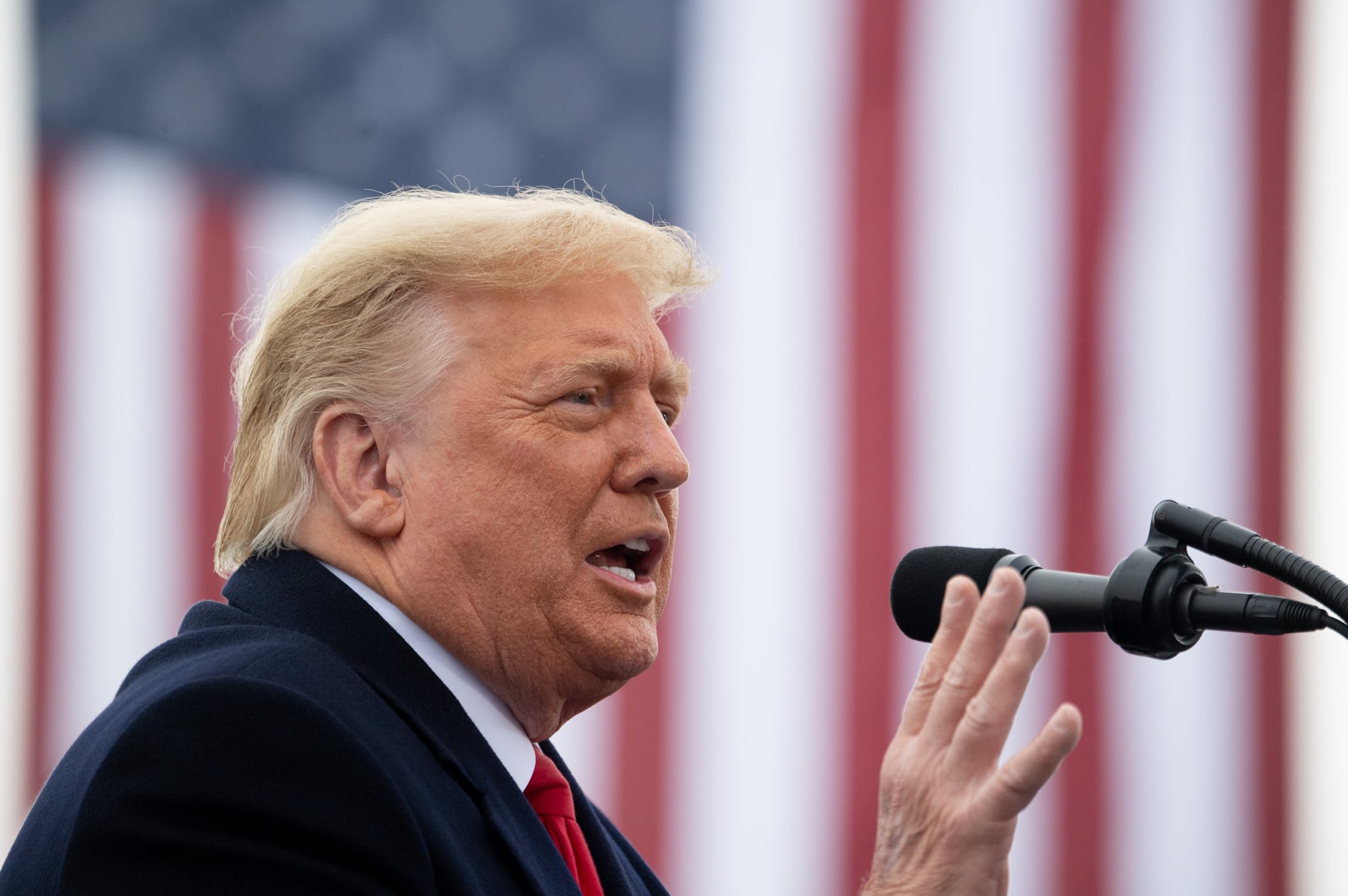 The US is headed straight for its third COVID-19 spike, but according to President Donald Trump, it’s nothing to be concerned about. He has repeatedly made the claim that there’s a simple reason behind the surge. “Cases up because we TEST, TEST, TEST,” he tweeted on Oct. 26, dismissing any argument to the contrary as “A Fake News Media Conspiracy.” He also used this reasoning in a CBN News interview in June as well as during the second presidential debate on Oct. 22.

Of course, we’ve heard Trump make wildly inaccurate claims about COVID-19 before, statements that fail to hold up under closer scrutiny. And while the oft-used “more tests equals more cases” argument seems to make sense on the surface, a deeper look shows that he’s off the mark once again.

Let’s get into the numbers for a second. US case numbers have risen to record-breaking new levels over the month of October. According to a CNBC analysis of data from Johns Hopkins, over the past seven days, the US has reported an average of 68,767 new cases every day, the highest seven-day average recorded yet. An average of 775 people per day are dying of COVID-19 in the US, according to the New York Times, which has called the situation a “third surge” of the virus.

It’s true that total testing numbers have climbed steadily since April, when tests were scarce and inaccurate and many Americans were discouraged from taking one unless absolutely necessary. But it’s the test positivity rate we need to keep an eye on here: the percentage of those tests that are actually coming back positive.

According to Johns Hopkins data, the US peaked with a 22 percent positivity rate in spring, when, again, there were fewer tests being taken and the only people tested were those who had the highest chance of returning a positive. As testing has expanded, positivity rates have roughly followed the trend of overall case numbers. The nationwide positivity rate dipped in late spring and early summer, rose again in July and August, and fell in September. All this time, the number of tests — the one data set Trump is banking his reasoning on — climbed steadily upwards.

If the virus was under control with total tests increasing, we’d likely see the positivity rate falling or staying flat, said Dr. Sten Vermund, dean of the Yale School of Public Health, in an interview with ProPublica in June. In other words, as we test more people and cast a wider net, you would expect a lower percentage of those tests to come back positive if the situation was truly improving; that would reflect falling numbers of cases in the general population. “Now that tests are readily available, people can get tested, whether they have symptoms of COVID-19 or not,” ProPublica explained. “This includes the ‘worried well,’ meaning people with no known exposure and no symptoms who are nervous that they may have the virus.”

But the positivity rate is not declining, and it’s not staying flat either. Over the past week, the US positivity rate has risen a full percentage point to 6.2 percent, the highest it’s been since mid-August. Zeroing in on specific states can show an even bleaker picture. In Wisconsin, where total test numbers just hit an all-time high of 18,231, 16 percent returned positive. Kentucky is at 8.4 percent positive. And as of Oct. 25, CNBC reported that COVID-19 hospitalizations were increasing by at least five percent in 34 different states, with 15 hitting record highs.

Tests are going up, case numbers are going up, hospitalizations are going up, and positivity rates are going up. When we look at the whole picture, instead of drawing inaccurate conclusions from one data point of increased testing, two things are clear: the virus is not yet under control, and dismissing the evidence (and blaming it on conspiracies) isn’t doing anything to help.

Peter Andre gets upset as daughter Princess, 13, cringes at a picture of her dad cuddling a koala bear