DONALD Trump received a hounding applause as he made a surprise appearance at a dog rescue fundraiser at Mar-a-Lago upon his return from New York.

The former president made a brief speech Friday night at a fundraiser for Big Dog Ranch Rescue, a foundation that rescues dogs from China and brings them to the United States for adoption. 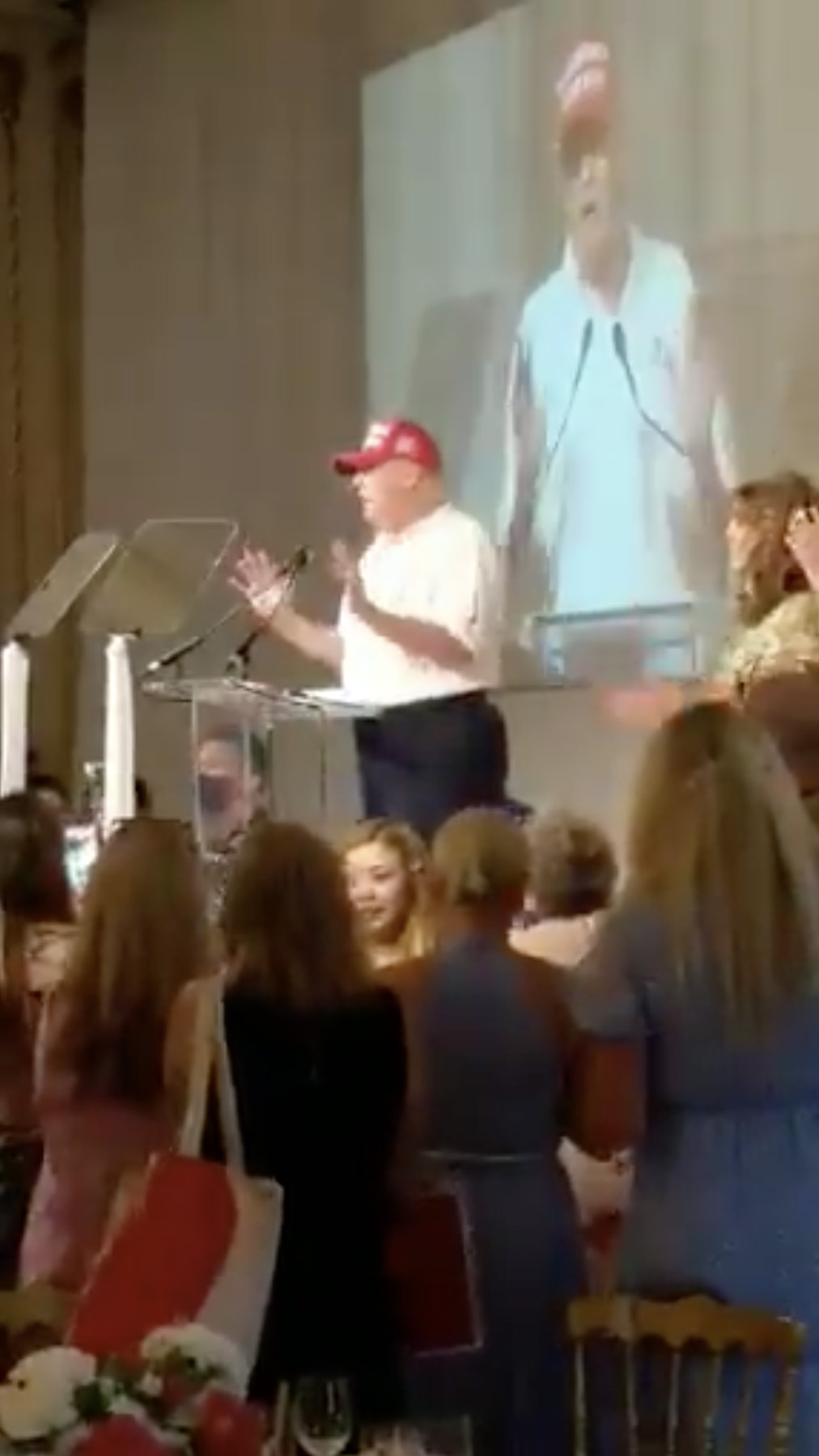 Trump made a surprise appearance at a fundraiser for dogs at Mar-a-LagoCredit: Twitter

“So I didn’t exactly prepare for this, but I was walking by, and I hear everyone screaming,” Trump told the crowd according to a Twitter video.

Beneath him, a crowd began forming and almost swooning for the former president.

“I said what’s going on and they said ‘we’re gonna help dogs,’ and I said ‘that’s okay with me,'” Trump tells the crowd.

He then explained that he came to the fundraiser regardless because he heard the screaming and decided the fundraiser was “so great and so important.” 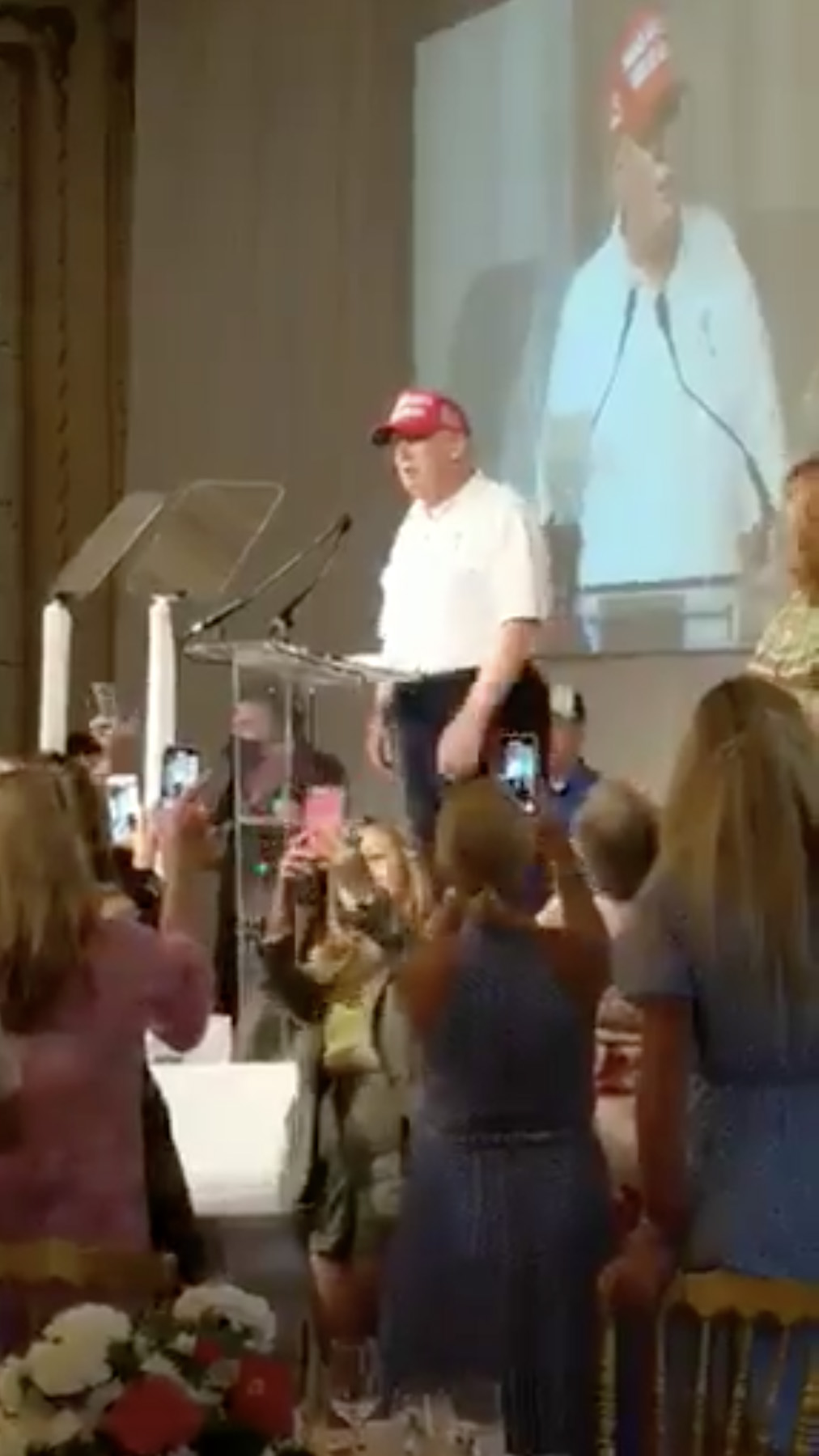 Trump said his daughter-in-law Lara was running for the Senate in South CarolinaCredit: Twitter 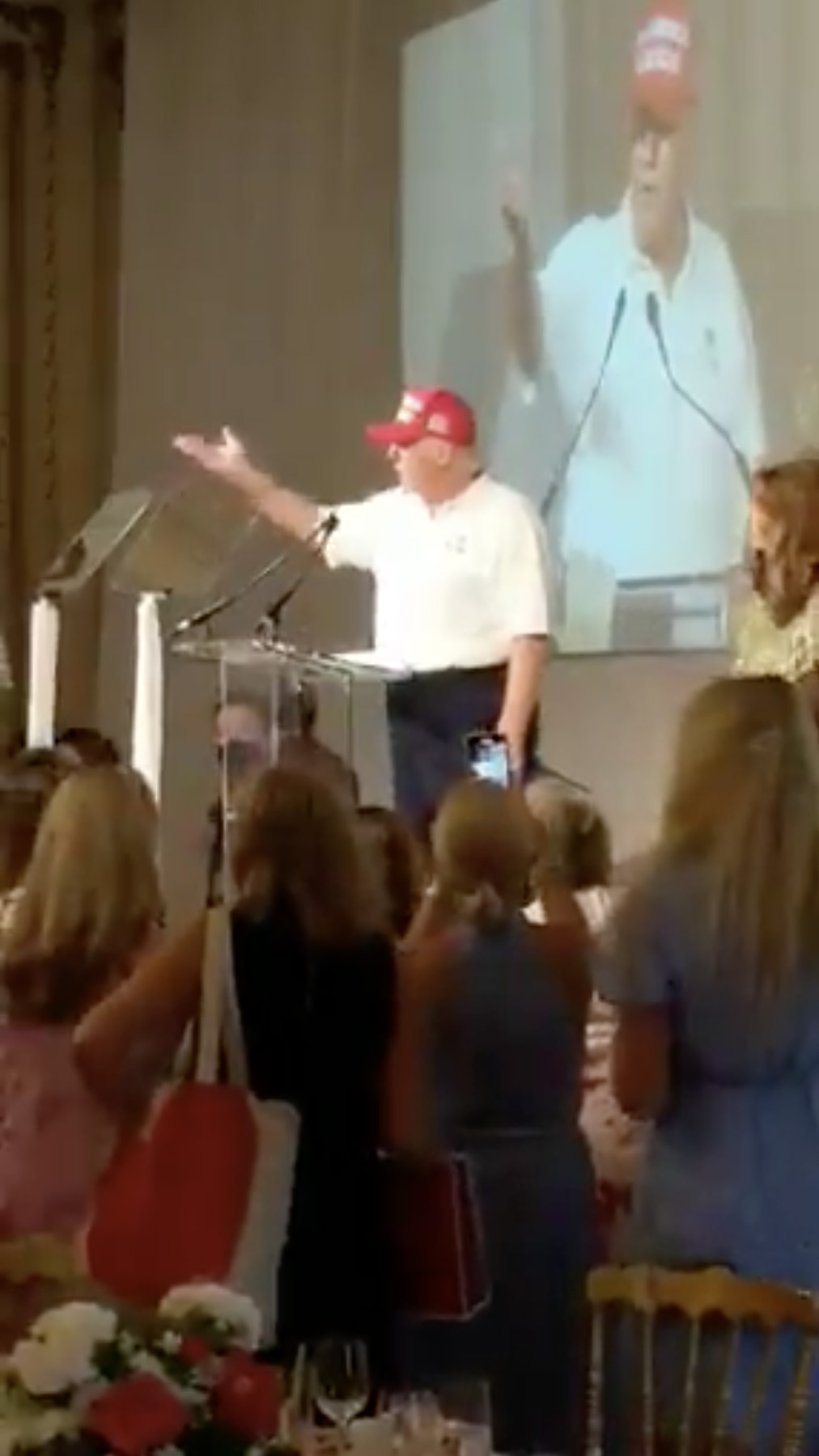 Trump had just returned on a trip from New YorkCredit: Twitter

He then pointed to his daughter-in-law Lara Trump, who helped put on the fundraiser, and spoke about her future potential turn to politics.

“I want to thank Lara who has been so incredible,” he said, “You’re running for the Senate,” he says, as the crowd cheers.

Lara Trump is considering a run for the Senate in South Carolina in 2022.

President and founder of Big Dog Ranch Rescue had hosted the fundraiser with the hopes of bringing 500 dogs to the US from China.

“We had many meetings in the White House and in the Oval Office having to do with saving the dogs,” Trump said getting back to why he showed up.

“And tremendous progress has been made and we’ve had many meetings actually on it, things I would never think is possible.”