DONALD Trump received a roaring standing ovation at Mar-a-Lago where he attended the annual Lincoln Day fundraising dinner on Saturday.

Trump received a round of applause from 500 of his supporters at the cocktail evening attended by his potential GOP rivals for the 2024 presidential nomination, Florida Gov. Ron DeSantis and former Secretary of State Mike Pompeo. 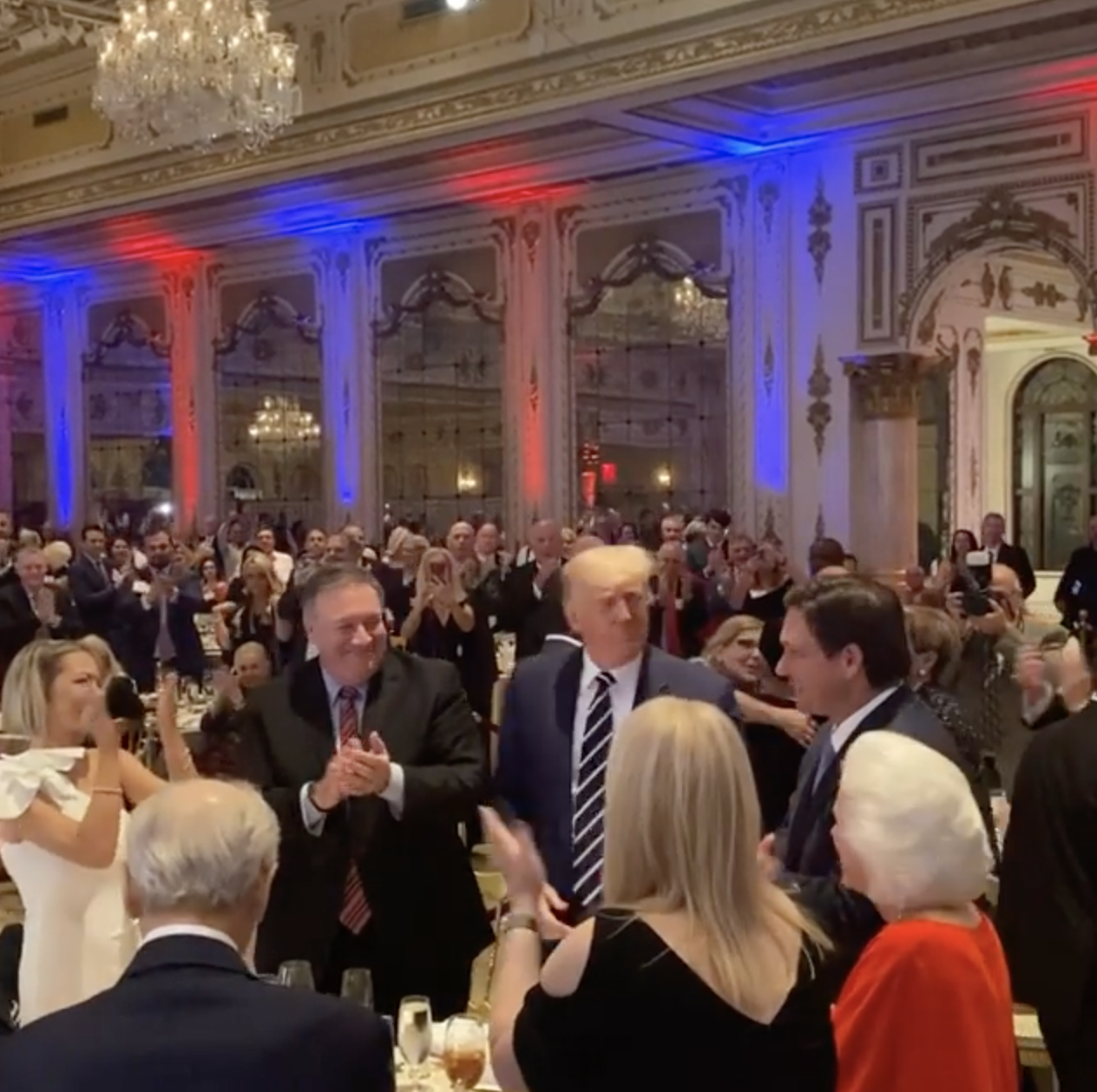 The former president wasn’t scheduled to speak during the event but it is unclear if he gave a speechCredit: Instagram/Rep. Anthony Sabatini

‘We love this man!’ said James Golden —also known as Bo Snerdley, a radio personality, and producer for Rush Limbaugh radio talk show, according to the Daily Mail.

On Thursday, Axios reported that Pompeo has been investing cash into a new political group, amid doubts of a potential intent to run for president.

The former president wasn’t scheduled to speak during the event but it is unclear if he gave a speech, according to the Daily Mail. 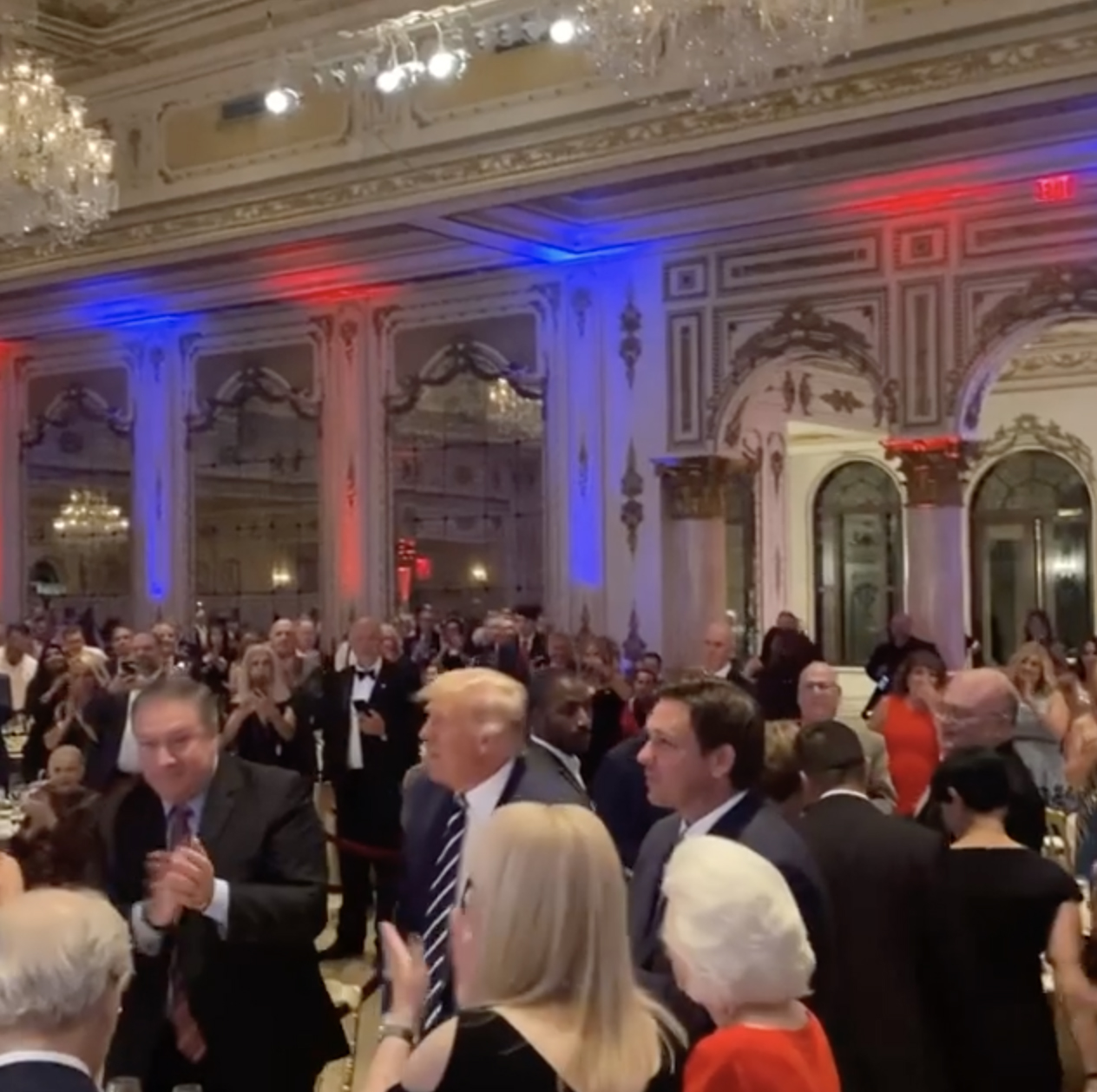 Trump received a round of applause from 500 of his supporters at the eventCredit: Instagram/Rep. Anthony Sabatini

The event is part of multiple fundraisers held at Trump properties. It also supported Curetivity, a nonprofit that is helping fight against pediatric cancer, according to the Daily Mail.

Curetivity raised $25million to St. Jude Children’s Research Hospital to this day, according to the nonprofit’s website.

The Mar-a-Lago dinner didn’t accept donations from foreign nationals complying with Federal Election Commission rules and accepted contributions only from US citizens and Green Card holders.

Trump had a recent public appearance with his wife Melania Trump at another fundraiser at the Mar-a-Lago earlier this month.

At the party fundraiser, the former president spoke for around an hour, according to reports from the Washington Post. 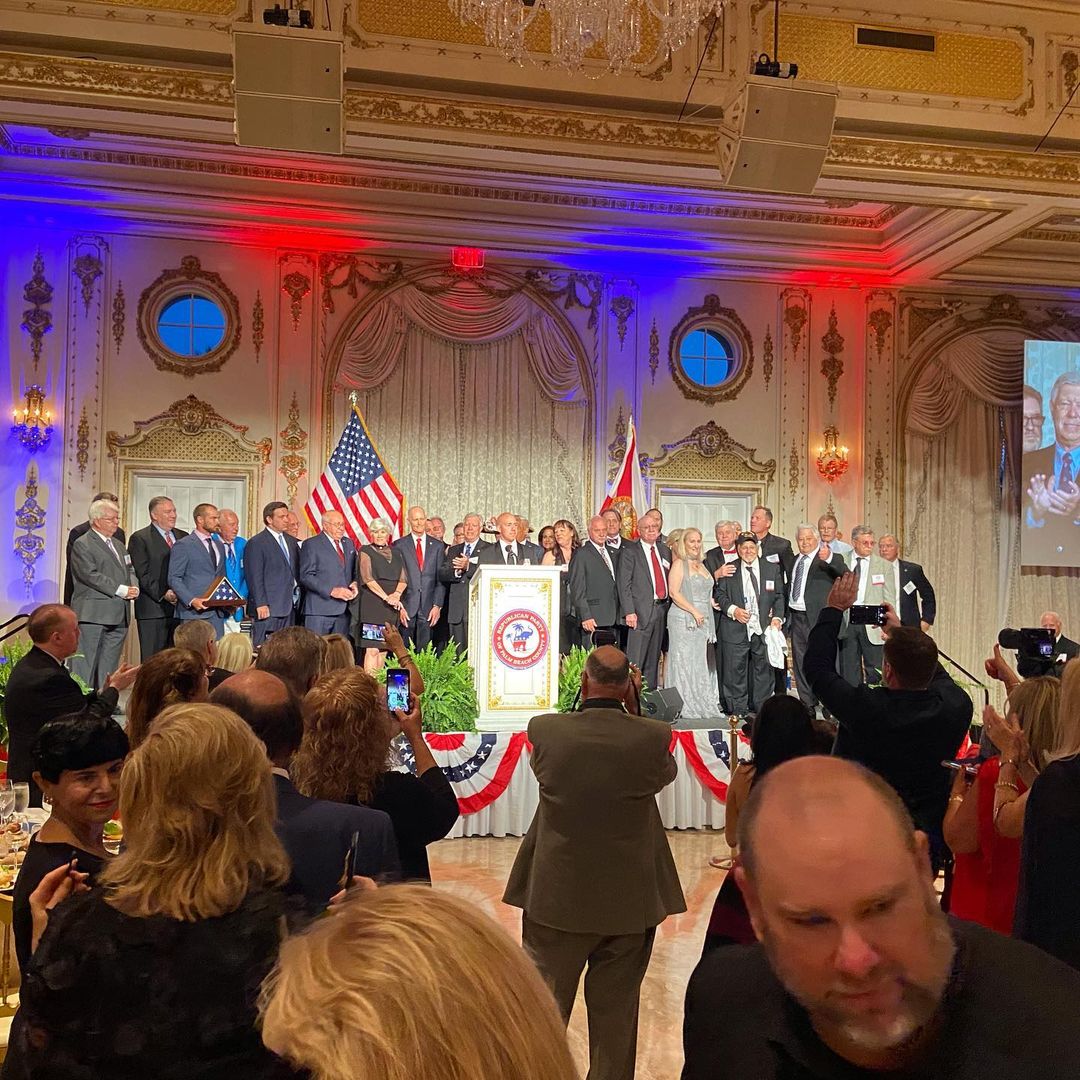 During this time, he’s said to have told donors that the Covid-19 vaccine should be named after him, and to have referred to the November election, in which Joe Biden won, as “bulls**t”.

Trump went on to repeat a line from 2015, calling immigrants crossing the border illegally violent criminals.

This time, he said, they were “coming in from the Middle East.”

A number of Republicans have been eyeing the 2024 presidential nomination alongside DeSantis and Pompeo.

Trump’s former vice president Mike Pence launched a political advocacy group and is set to give his first speech in South Carolina this month since leaving office, according to the Associated Press.

Plans to claim back the White House range from potential candidates’ visiting various states to establishing firm relations with donors.

“You build the ark before it rains,” Michael Steel, a Republican strategist who worked for Jeb Bush’s presidential 2016 campaign told the Associated Press. “They’re going to do the things they need to do if he decides not to run.”