The Holland winger has matched his total of four goals for Spurs last season in just two games for the Dutch champions. 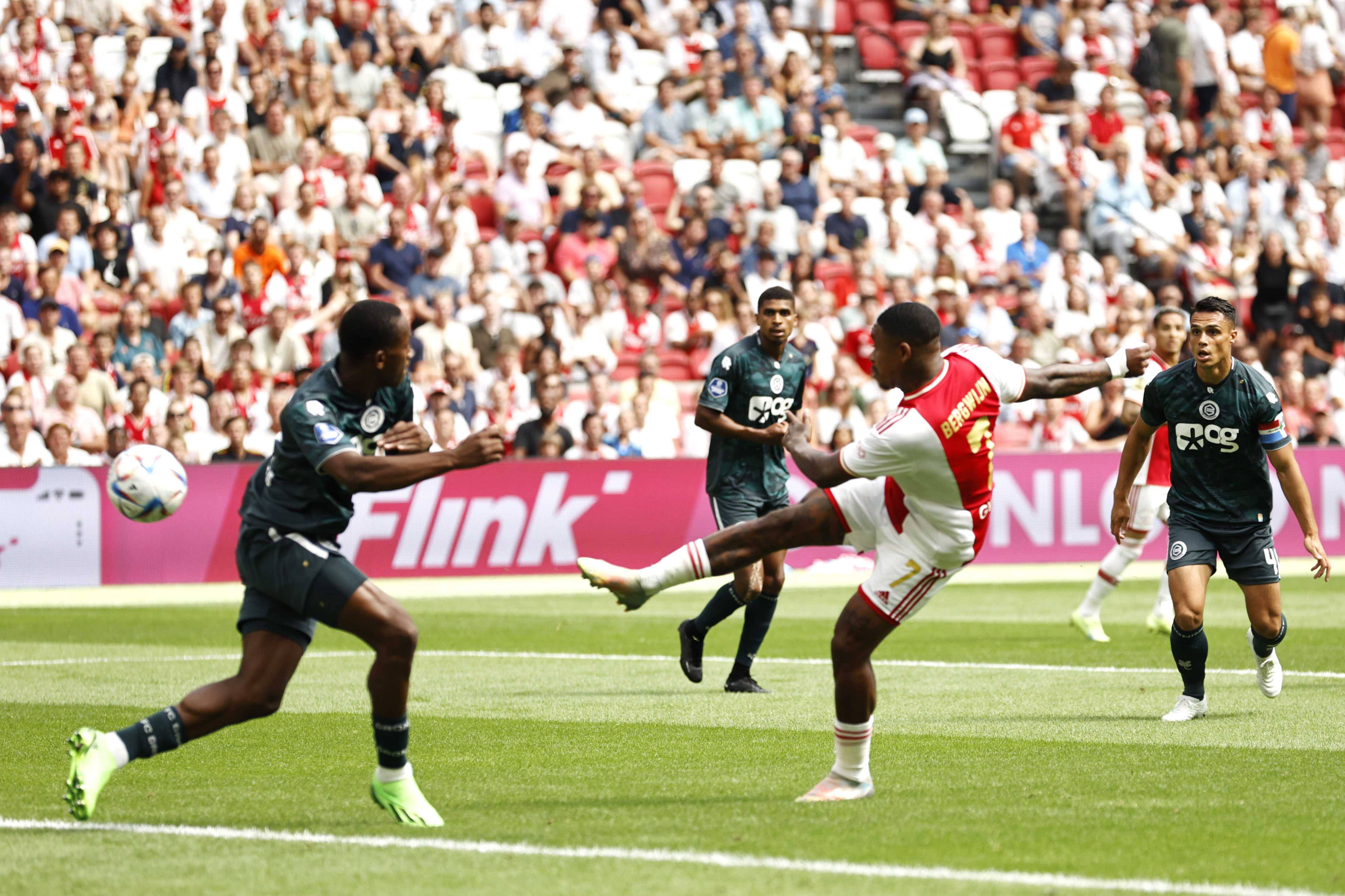 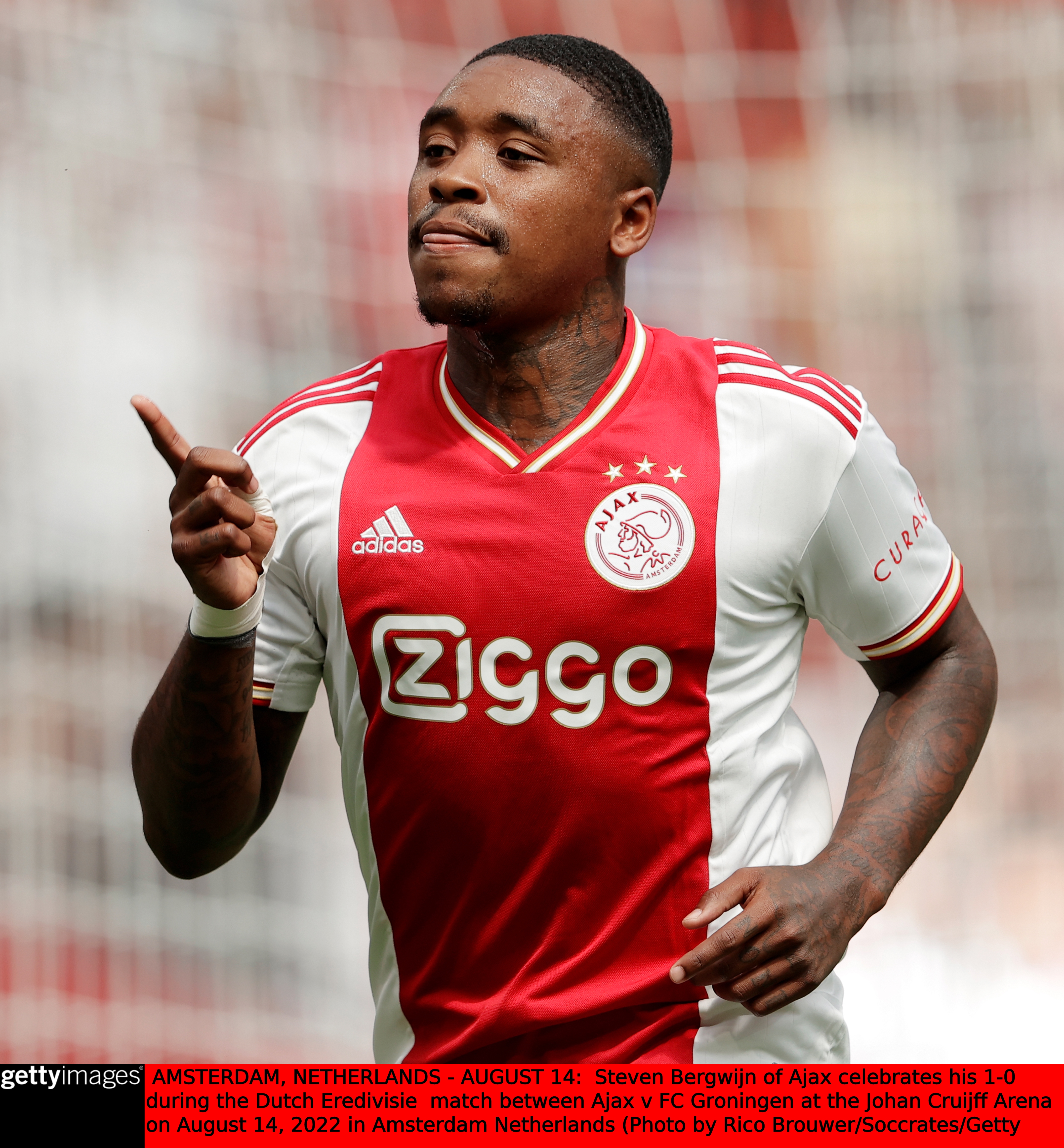 Bergwijn swivelled to volley a brilliant fourth-minute opener, then added a header and another neat finish before being taken off on 69 minutes.

And fans on social media hailed Ajax’s new-look attack as one of the best in Europe – especially as Manchester United target Antony scorched a sensational solo goal.

After Cyril Ngonge notched a shock leveller for Groningen, Antony’s sensational strike and Bergwijn’s second goal made it 3-1 at the break.

One supporter tweeted: “Think this is the best Ajax attack for the foreseeable future. Could’ve been more for a few of them too.”

Another claimed: “We now have one of the most exciting attacks in Europe.”

Some fans already urged Bergwijn: “Come back to Tottenham.”

And some suggested he was more suited to Dutch football than the more physical Premier League.

Bergwijn, 24, himself was quick to tweet a summary of his joyful afternoon: “3 points, 3 goals.”

And so far his form and figures vindicate a £26million transfer that, he says, “shocked” him.

Stats specialists Squawka hailed his “perfect home debut” after all four of his goal-attempts were on target, including of course the three he netted.

And he had 52 touches – compared to the meagre eight that Manchester City new boy Erling Haaland racked up the previous day in a 4-0 defeat of Bournemouth.

Former Ajax academy player Bergwijn said of his move last month: “I was a bit shocked. I didn’t see it coming.

“If you can go back to Ajax it’s quite tempting. They always do well in the league and the Champions League. So, it’s a step up for me.”

Bergwijn’s stirring display alongside Antony might make it even more difficult for Ten Hag to land the latter.

Ajax are standing firm on their £70m valuation of the Brazilian – £19m more than United are thought to have offered. 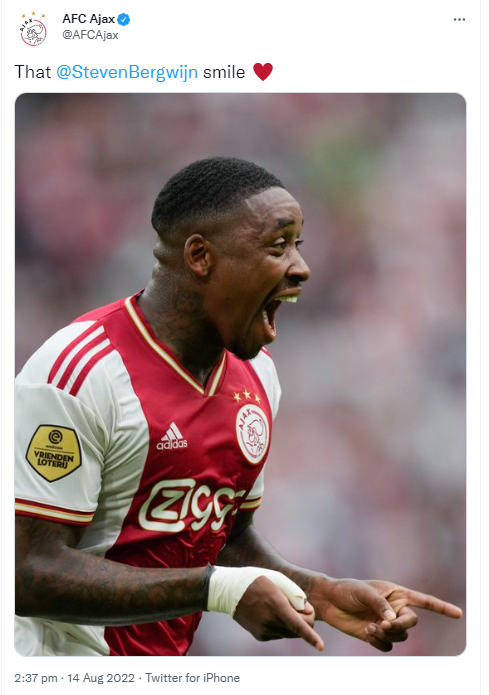