TODAY anchor Craig Melvin’s brother Lawrence died on Wednesday at the age of 43 after a long battle with colon cancer.

The 41-year-old TV personality mourned the loss of his sibling with a touching tribute on Sunday, remembering him as “one of the best human beings.” 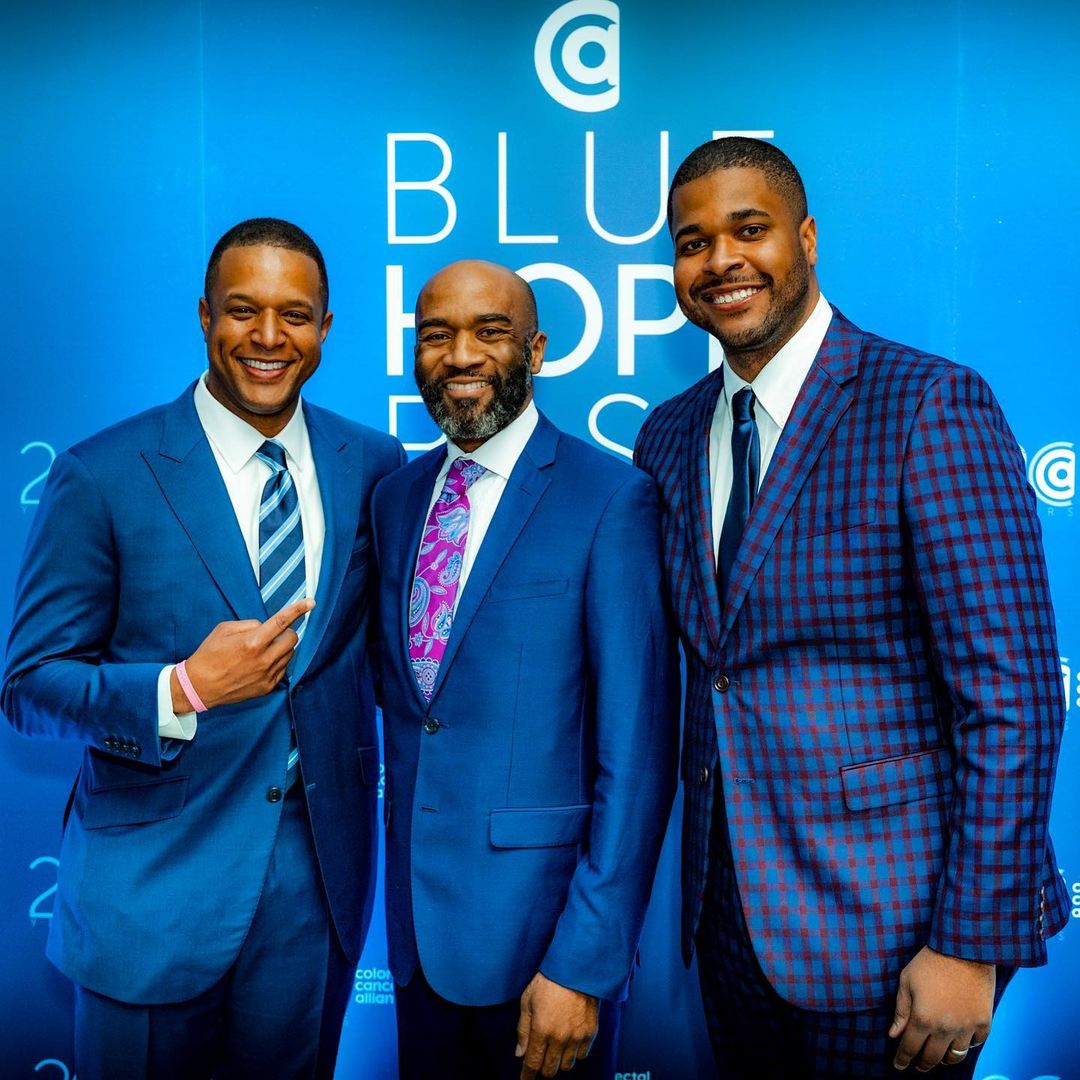 Craig shared a photo of himself with his younger brother Ryan and their late brother Lawrence.

Alongside the smiling snapshot, he wrote: “We lost our older brother this week. Lawrence Meadows was a husband (to Angela, his childhood sweetheart), father (to Addie, 11 and Lawson, 7).”

The MSNBC anchor added that Lawrence was a “Baptist minister, entrepreneur, and one of the best human beings you would’ve ever known.”

He continued: “Colon cancer robbed him and us of so much. He was diagnosed at 39. He died Wednesday at 43. 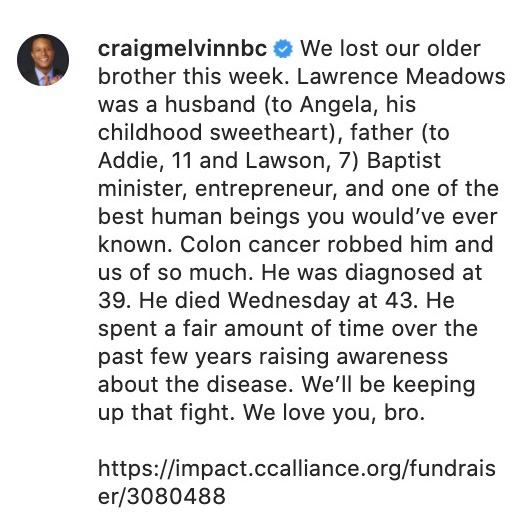 He shared on Sunday that he lost his older brother on WednesdayCredit: Instagram 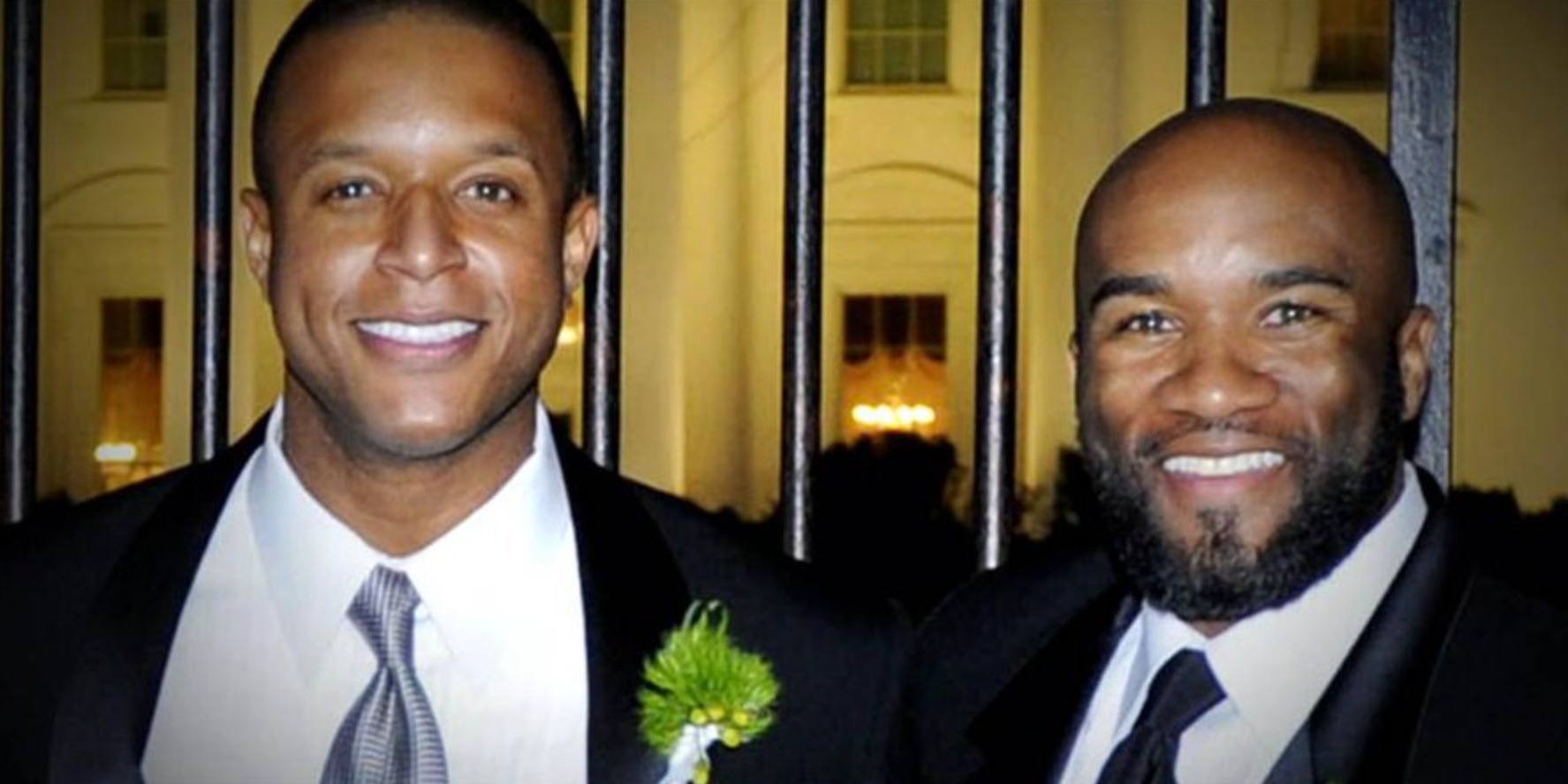 Lawrence died after a long battle with colon cancerCredit: Twitter

“He spent a fair amount of time over the past few years raising awareness about the disease. We’ll be keeping up that fight. We love you, bro.”

He recalled how the phone call “nearly knocked [him] off [his] feet.” 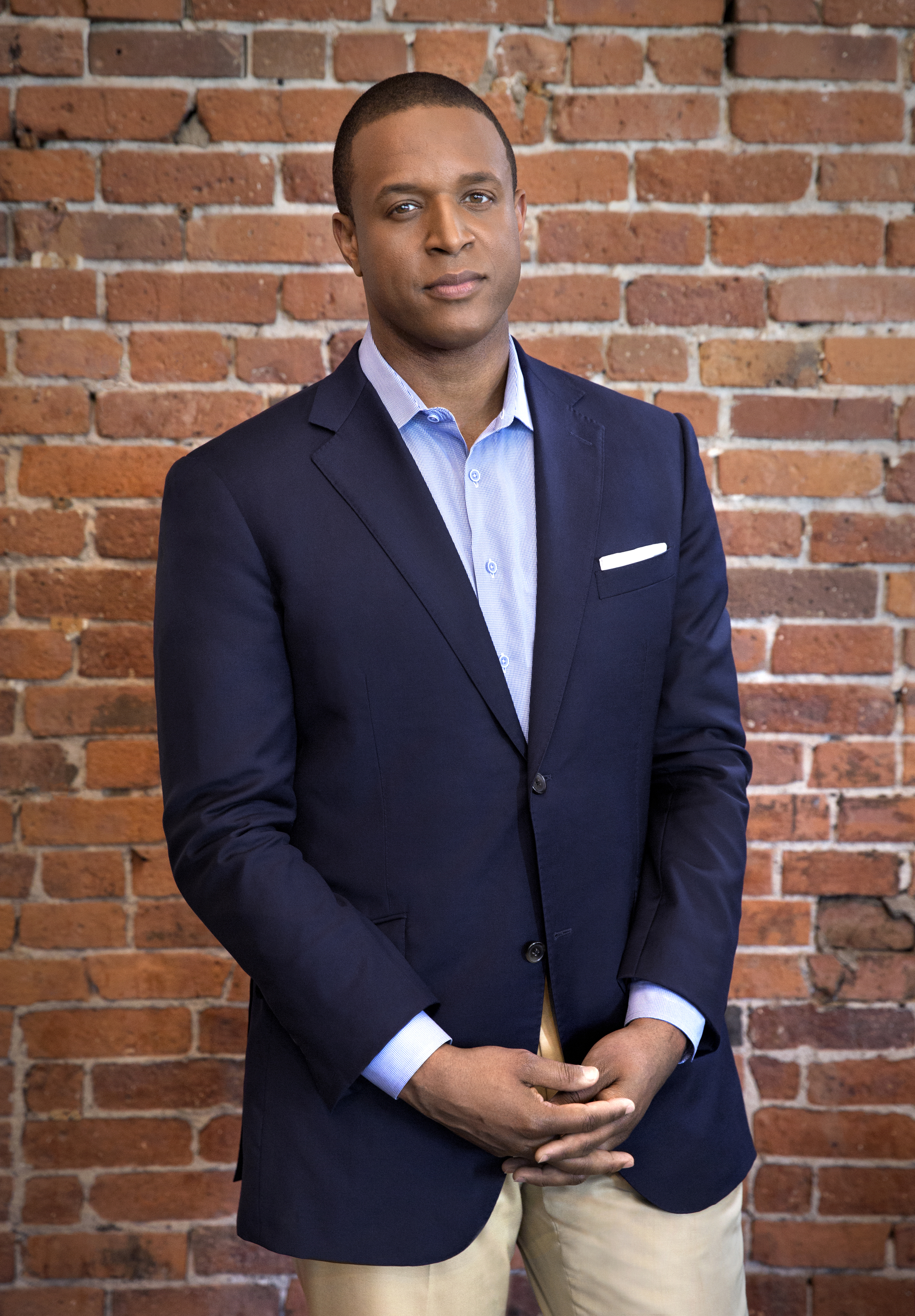 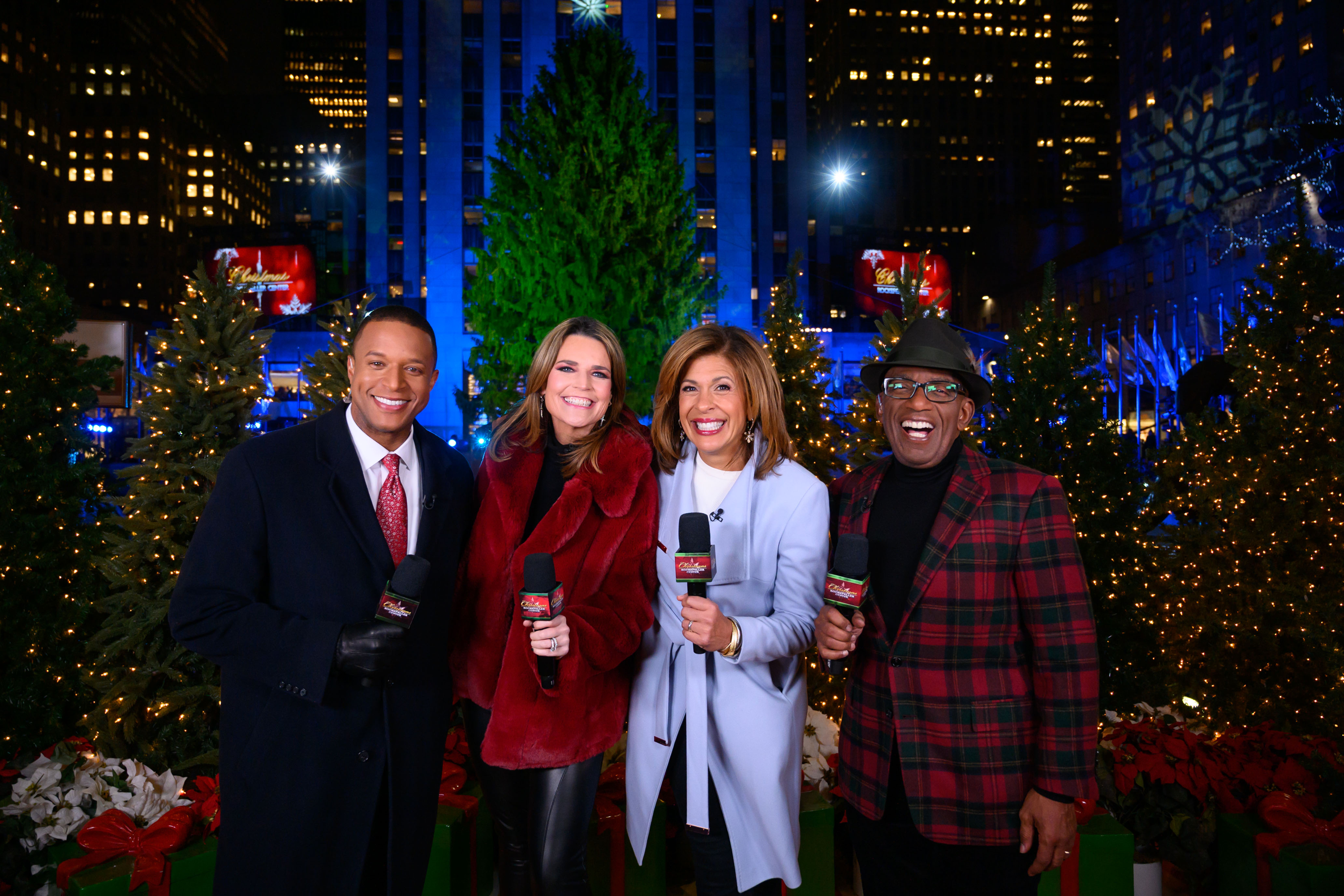 Craig’s Today co-stars sent him love on Instagram after he shared his lossCredit: 2018 NBCUniversal Media, LLC

Lawrence was the co-owner of a funeral home in Spartanburg, South Carolina, and the newscaster said he never drank or smoked.

She wrote in the comment section of his post on Sunday: “Love you Craig… lets all keep up the fight ❤️”

Jenna Bush Hager said: “Sending you so much love Craig. I know how much you adored him. ?”

While actress Holly Robinson Peete commented: “I’m so sorry to hear this Craig. Sending love to your family. ???”

Why are flags at half mast today?