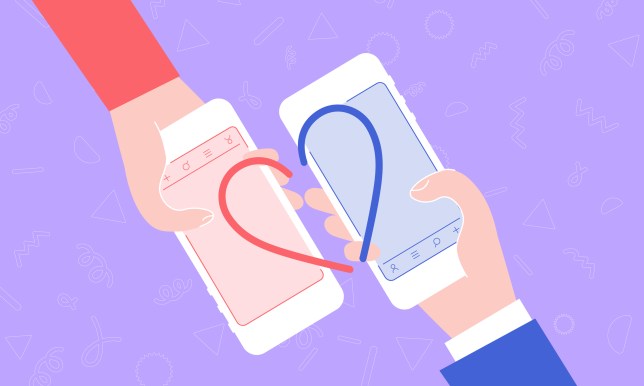 ‘See where things go’ was a term used 19% more on the app (Picture: Getty Images/iStockphoto)

A year of lockdown has left single people more open to finding connections.

Without the option to meet people in real life in the usual dating-potential settings, it’s unsurprising to hear that Tinder conversations have been lasting around a third longer than usual, as found by new research.

The dating app – who say 2020 was their ‘busiest’ year ever – believe the trends they spotted among users reveal an overwhelming ‘openness’ in our attitudes to romance.

That is, an openness to more social engagement, to see where things go with people, and even to love.

Last year, 60% of Tinder users arrived at the app because they felt lonely and 40% came because they wanted to see ‘new and different people’.

That loneliness won’t be forgotten quickly – even once clubs and bars reopen – and so the lasting impact of that may see a ‘summer of love’ play out, as their experts predict.

The openness to fostering new relationships can be seen in the language used by people on the app – there was a 19% increase in the term ‘see where things go’ and a 17% rise in usage of ‘open to’.

Nearly 50% of users surveyed say they aren’t looking for a ‘particular’ kind of relationship, rather they plan to get back into the dating scene open-minded.

Though the dynamics people are after won’t all be serious or involve high levels of commitment, people are becoming more direct in sharing what they want and who they are.

That openness is seen in how people are communicating their needs with others, with mentions of ‘anxiety’ and ‘normalise’ having grown on bios by 31% and 15% retrospectively.

Nearly half of Gen Z say they’re ‘looking for someone honest, authentic and truly themselves’, so those qualities are being both enacted by people and are even more desirable.

Online daters are also becoming more transparent with their ‘boundaries’ – a word alone that is being used 19% more on the app now than ever before.

The nation has responded differently to coronavirus rules, with some exercising more caution than others. The increased conversations around this have, in a matter of necessity, forced boundaries to be asserted and openly discussed.

Tinder predict this will make communicating other boundaries easier in the future.

While some will be less comfortable with physical contact than they were pre-pandemic, others are using their bios to make their need for physical affection clear, as 23% of users are using then word ‘cuddle’ more and 23% are for ‘hand holding’.

Whether we’re in search of the one or a series of romantic encounters, the app’s data shows that than openness in revealing our wants and intentions will be heightened.

Rather than go back into in-person dating with set expectations, there’s a more accepting characteristic in us that wasn’t there before.