When This Morning cook Juliet Sear was asked to conjure up a feast fit for the Platinum Jubilee, she was ready to rise to the occasion. Who better to offer tips than the person who knows the Queen’s favourite sweet treat?

‘The Queen is known to be a real chocoholic,’ reveals Sear. ‘She particularly loves dark chocolate and, according to an ex-royal chef, she loves chocolate biscuit cake. One of her favourite puddings is chocolate perfection pie, which features a pastry base with a soft chocolate and cinnamon cream filling…’

However, the Queen’s savoury tastes are surprising. ‘She prefers to eat seasonally,’ says Sear. ‘Her tastes are fairly simple. She is said to eat to live, rather than live to eat. She likes grilled fish and vegetables, and also game and foods from her estate.’

Sear is giving tips on hosting a street party in a This Morning series called Juliet’s Jubilee Bakes. She’ll visit Her Majesty’s residences, including Balmoral and Sandringham. She’s also hoping to chat to the royal chef to discover what the Queen enjoys tucking into behind closed doors.

‘As the Queen loves her chocolate biscuit cake, it’s a great one to bake
for a Jubilee street party or picnic,’ says Sear.

Little tips make a difference. ‘Rather than a round cake, you can make a large tray bake with a Jubilee-themed top, which can be cut into squares,’ says Sear. ‘It can be something simple, such as a Victoria cream sponge cake with berries arranged on the top in the colours of the Union Jack. It’s something children will enjoy helping to decorate.’ 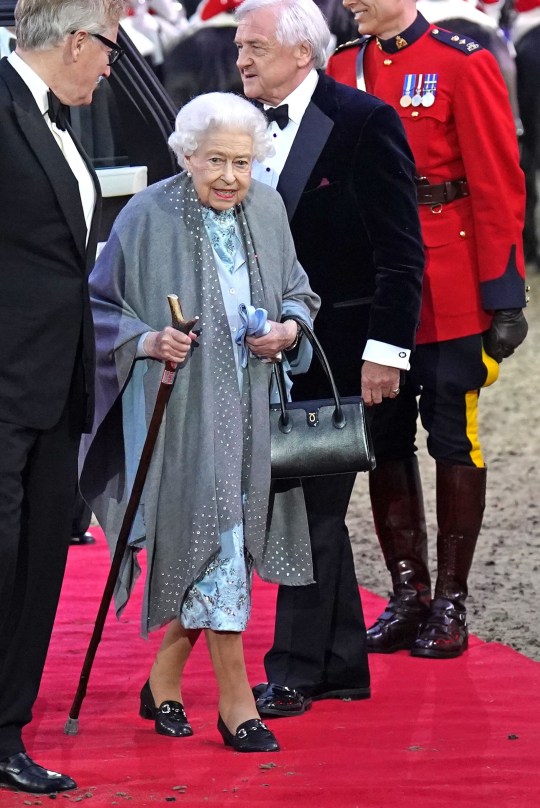 The Platinum Jubilee is a good excuse to showcase your baking skills (Picture: PA)

Sear suggests introducing the Queen’s favourite tipple, Dubonnet, into the day by making a royal trifle. And while show-stopping bakes should be the centrepiece of any party table, don’t neglect savoury food.

‘You can arrange sausage rolls in the shape of a “7” and a “0” or designed to look like a crown,’ she says. ‘I’m a big fan of using food colouring to create special party food. Egg wash is a mixture of egg and water that is used to brush on top of breads and pastries, so add food colouring to that to give a red, white and blue effect.

‘It’s also the perfect occasion for simple, nostalgic food like cucumber or coronation chicken sandwiches, scones and a cheese-and-pineapple hedgehog.’

Sear developed her passion for cooking as a child while helping her mother in the kitchen. Now her speciality cakes include a triple-tier rainbow cake for Holly Willoughby’s birthday and a 12ft cake to mark the Queen’s 90th party. ‘I had to climb up a ladder!’ she says.

Stars including Bob Geldof, Kate Moss and Sir Ian McKellen have commissioned Sear to make sweet treats for their birthdays. But the ultimate compliment came from Prince Harry, after she baked him a chocolate cake for his 30th birthday.

‘I heard afterwards that he said it was the best chocolate cake he’d ever tasted,’ she says. The icing on the cake.

Juliet’s Jubilee Bakes is on This Morning at 10am on ITV and ITV Hub.