THE View’s Meghan McCain called into question President Joe Biden’s devout Catholicism, saying his stance on abortion does a “grave harm” to the country and he’ll have to answer for himself when he meets his “creator.”

The conservative pundit went on a tirade against the president for his pro-abortion stance, saying he was doing a “grave spiritual harm to himself” because his theology was misaligned with his politics.

Meghan McCain said Biden’s stance on abortion was a “grave” danger to the countryCredit: ABC

“If you are a devout Catholic as President Biden claims to be, abortion is a cardinal sin that can do deep spiritual harm to you,” McCain said on Monday’s show.

“President Biden had been supportive of the Hyde Amendment, up until 2019, when he decided to run for president and the Hyde Amendment means that the government would provide federal funding for abortion,” she explained.

“And he has shown in this upcoming budget that he is for it and I think that sort of has been the threshold,” she explained of Biden’s flop.

“Because if he’s for the federal funding of abortion and I know the women on the show disagree with me but as far as I’m concerned, abortion is murder and that means government funding of killing of the unborn.” 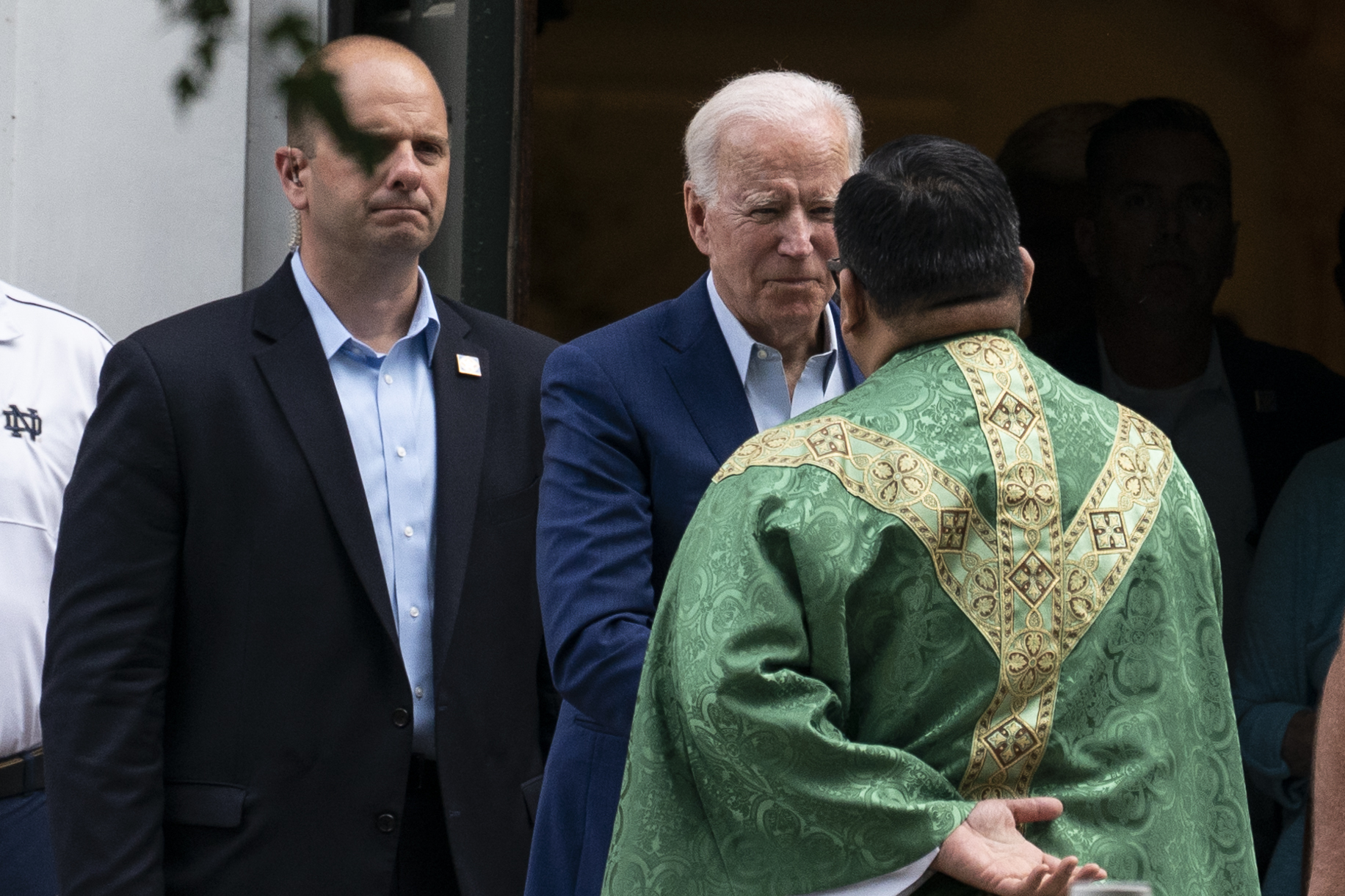 She said Biden will have to speak to his “creator” when the time comesCredit: AP

McCain, who is a vocal pro-life supporter, said Biden’s stance is in direct contradiction to his and her faith.

“We have to, as Pro lifers, fight for the rights of the unborn, and that is a doctrine that’s as old as the Catholic Church itself.”

“So he has to choose his official stance,” she explained, adding that he should also make it clear if he himself is “personally opposed to abortion” but doesn’t want to implement his personal beliefs on the country.

“I never understand this argument,” she argued. “It’s like saying, I’m personally opposed to murder but if you want to murder a little bit it’s fine because it’s not my problem. It doesn’t register with me, I don’t get it.”

“So it’s ultimately up to the church but he’s walking a very fine line here and ultimately, all of these issues are literally life and death for Catholics for devout Christians.”

“And he’s gonna have to ultimately talk to his creator, when the time comes, as we all do and reconcile his politics with his personal faith.”

“And I believe that he’s doing grave spiritual harm to himself and harms of this country.”

McCain’s comments come after bishops voted to remove the rite of communion from politicians who favor abortion.

The US Conference of Catholic Bishops on Friday voted to pass the restrictive measure 168 to 55, with six abstentions.

Biden however thinks the vote was symbolic and he’ll likely be able to participate.

“I don’t think that’s going to happen,” Biden said, noting the issue was a “private matter”.