THE TALLEST and longest single rail rollercoaster in the world is opening next year.

Theme park Six Flags Magic Mountain, in Los Angeles, announced the new ride which will be their 20th rollercoaster.

The tallest and fastest single rail rollercoaster is opening next yearCredit: Twitter/SFMagicMountain 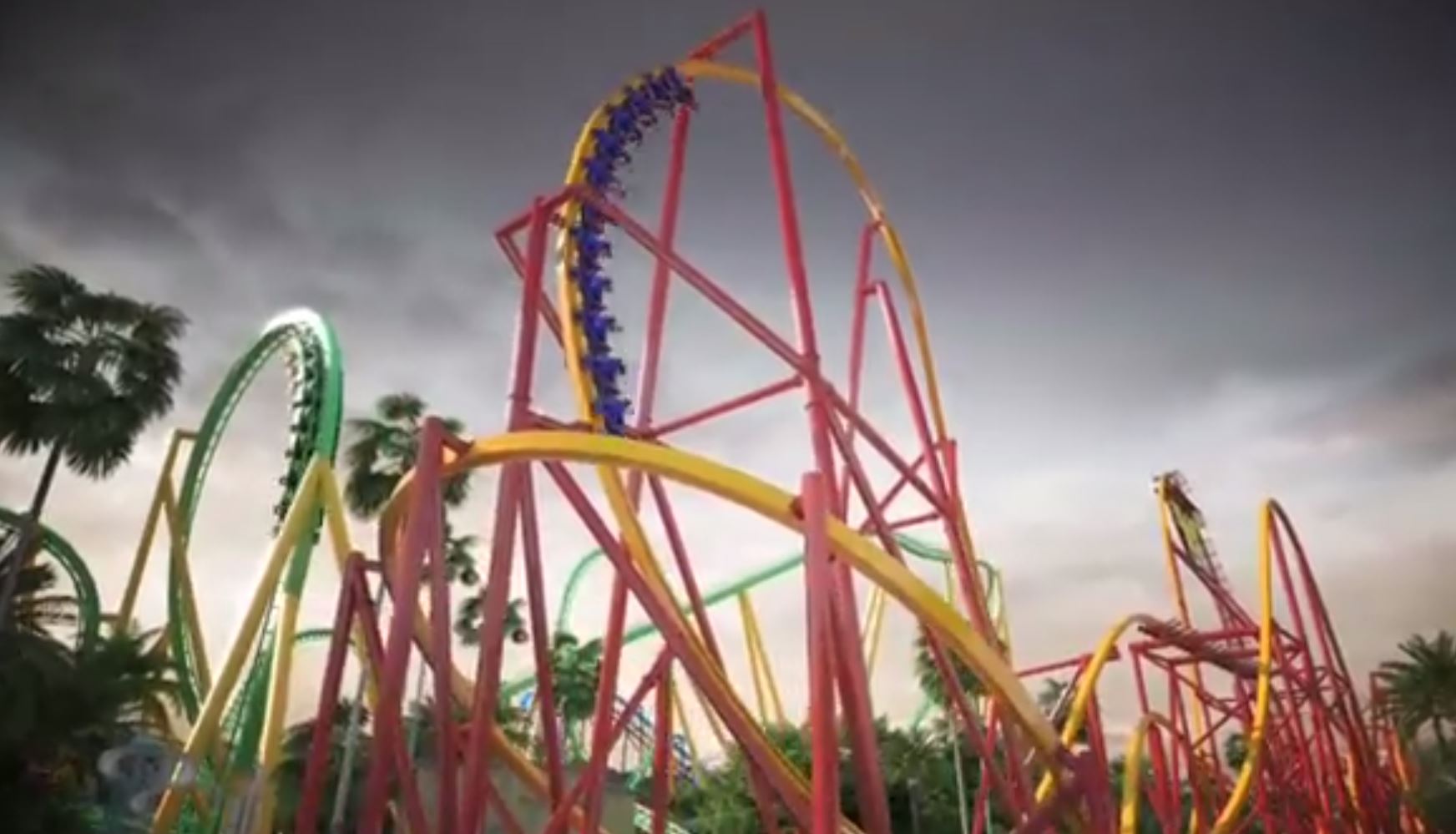 The Wonder Woman Flight of Courage will have 3,300ft of track, with heights up to 13 storeys tall.

Passengers will zoom along at speeds up to 58mph with zero gravity rolls, three inversions and a 180-degree stall.

The theme of the DC ride will be of the hidden island Themyscira with the entrance and queue inspired by the destination.

The park’s president Don McCoy told Blooloop: “This is an historic milestone for our park as we introduce the latest addition to our unrivalled coaster dynasty, Wonder Woman Flight of Courage.

“Not only is this a record-breaking single-rail coaster, it brings Six Flags Magic Mountain’s coaster count to an unprecedented twenty, the most in the world.”

“Our partnership with Warner Bros. Themed Entertainment makes this accomplishment even more exciting, as we integrate the legacy of an iconic DC superhero into the theming of the ride.

There are lots of exciting record-breaking rides opening in the next few years.

The tallest, fastest and longest rollercoaster in the world is set to open at a Six Flags in Saudi Arabia in 2023.

Called the Falcon’s Flight, it will hit dizzying speeds of up to 155mph.

The current fastest rollercoaster reaches such high speed that thrillseekers have to wear safety goggles when they board it.

A 21-storey gigacoaster in Kings Island in the US opened last year – called a gigacoaster for having drops over 300 feet. 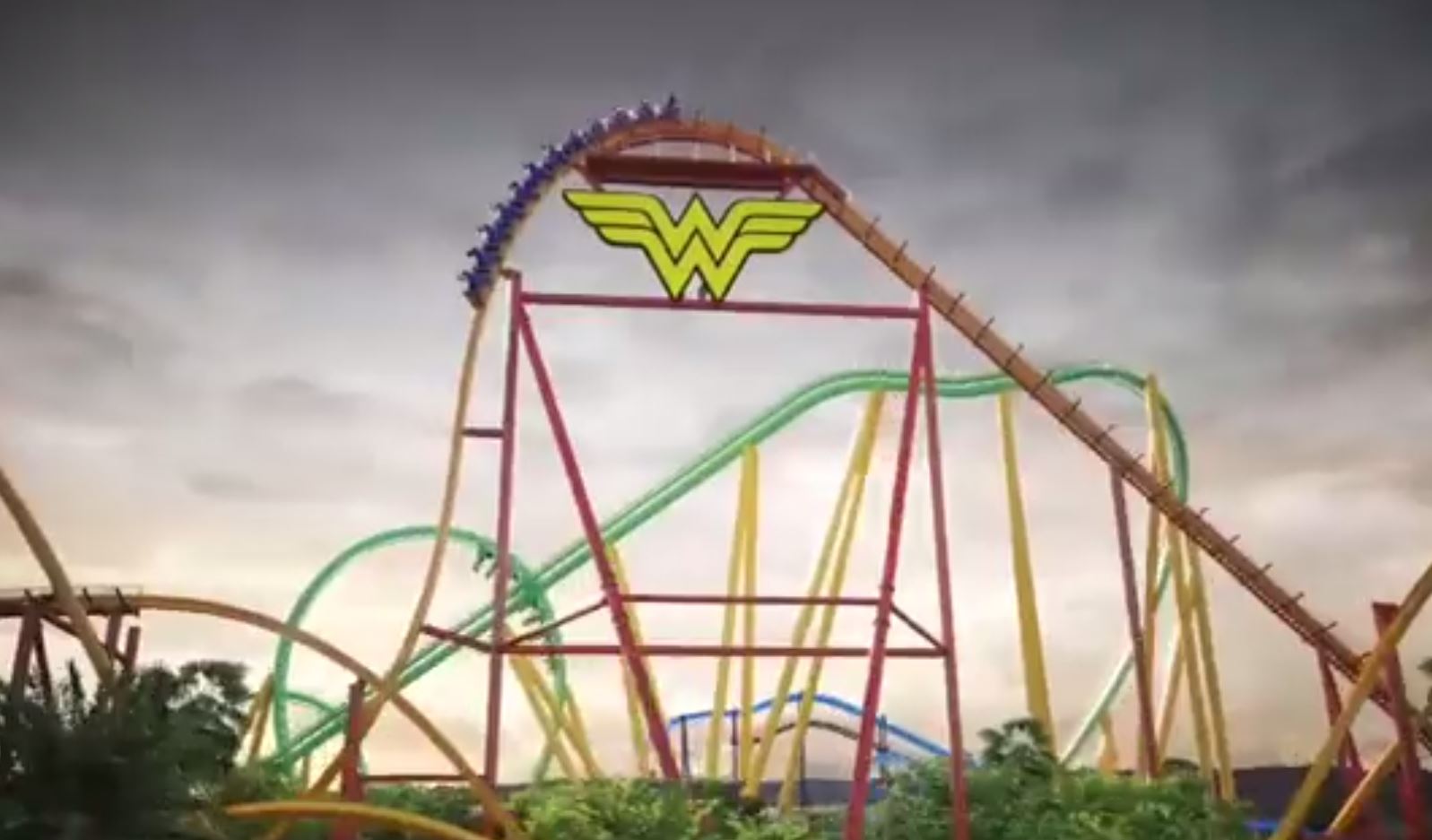 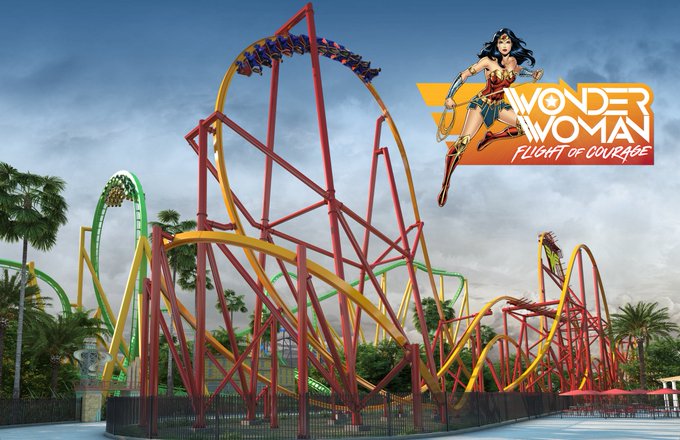 The rollercoaster will open in summer 2022Credit: Twitter/SFMagicMountain

Huge new theme park to be built on an OIL RIG with rollercoasters, submarine rides and hotels