THE Suspect has come to an end, and the REAL killer has been revealed.

The series came to a dramatic finale on ITV, and in case you missed it, we’ve got a full break down of what happened.

The Suspect is an ITV drama starring Aidan Turner in the lead roleCredit: ITV

What happened in the first series of The Suspect?

The Suspect is an adaptation of Michael Robotham’s novel – a psychological thriller based on the leading character Dr Joseph O’Loughlin.

Clinical psychologist O’Loughlin is a man who appears to have the picture perfect life – a successful career, a devoted wife a daughter and even a publishing deal.

That is until he finds himself in the centre of an unsettling murder investigation, after a young woman named Catherine is found in a shallow grave in a West London cemetery. 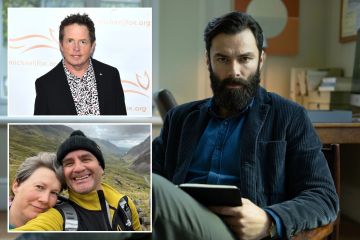 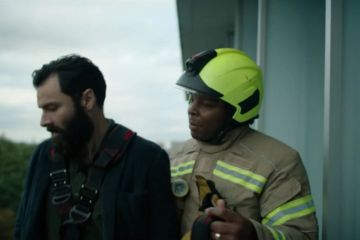 Unclear whether Catherine was murdered or took her own life, Doctor Joe is asked to give his expertise on the case, and so sets about profiling the woman.

However, suspicion soon falls on Joe, after it is unearthed that he knew Catherine – in fact she had said they’d had an affair.

Over the course of the series more and more people are killed, and the detectives soon turn their attention to Joe.

They are convinced he is responsible for the death of Catherine and also the multiple killings.

However, Joe is sure his former patient Bobby Morgan is responsible for the murders – and sets about trying to prove it.

In the end he works out that he had met Bobby before – but he was going by a different name.

In turns out that Bobby blamed Joe and his team of psychiatrists for the death of his father.

Years before they told social services that his dad had been abusing Bobby, and then he took his own life.

It turns out it was his mum who had been the one responsible for the abuse.

In the end it was revealed that Bobby had enlisted his brother to do the killings – this turned out to be DJ, the plumber who had been employed by Joe to fix the family’s boiler.

DJ carried out the murders as he felt guilty for never helping Bobby as a child.

In the final scenes DJ sets a bomb to go off in Joe’s house, after taking him and his family hostage.

After Bobby and DJ agree to go with the police, DJ ran back into the house and died when the bomb went off.

Who stars in The Suspect?

The Suspect brought with it a star line-up which was led by Aidan Turner.

Here’s who starred in season 1 of the five-part series: