BRIAN Conley had a fair bit of explaining to do on The One Show after a technical glitch made him look like ‘he was in a cheap version of Star Wars’.

The actor, who has just joined the cast of EastEnders, appeared on the teatime BBC series for a chat and catch up, but host Alex Jones immediately noticed something was wrong with his zoom screen. 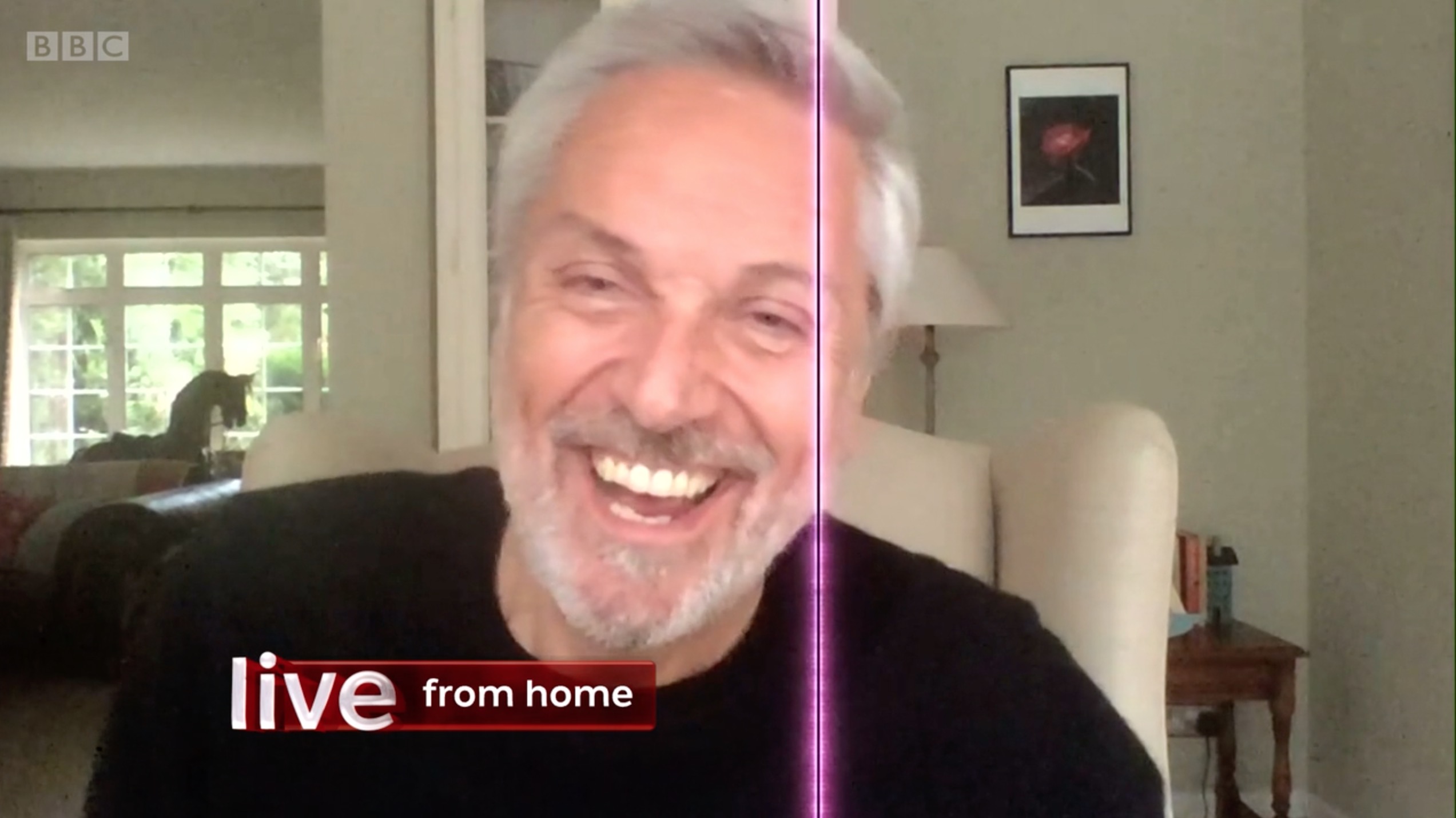 Brian had to explain why he was speaking with a split screenCredit: BBC 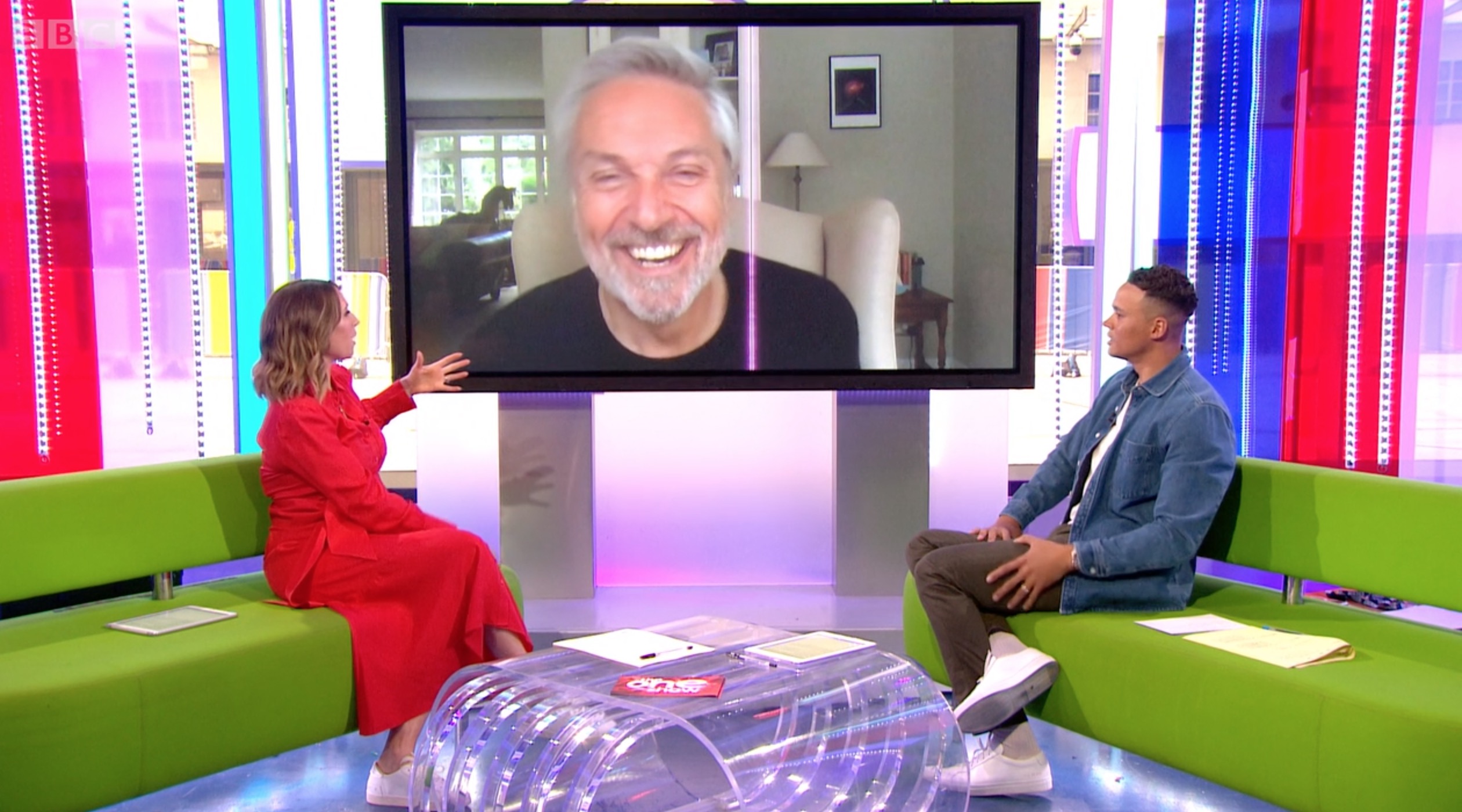 Alex couldn’t resist asking about it when he made an appearanceCredit: BBC

After welcoming Russell Tovey to the show, Alex and co-host Jermaine Jenas cleared up the issue by quizzing Brian on what had gone wrong.

Alex told him: “I think we are going to have to talk about it – the elephant in the room… What’s this pink stripe going on here?”

“Oh guys, I am so sorry,” the funnyman responded. “I have two lovely daughters, they’ve both gone back to university and I’ve got a Fisher-Price computer now!

“I didn’t realise someone had dropped it, and about an hour ago I was like ‘Right, let’s do this’ and now I look like I’m on a split-screen.” 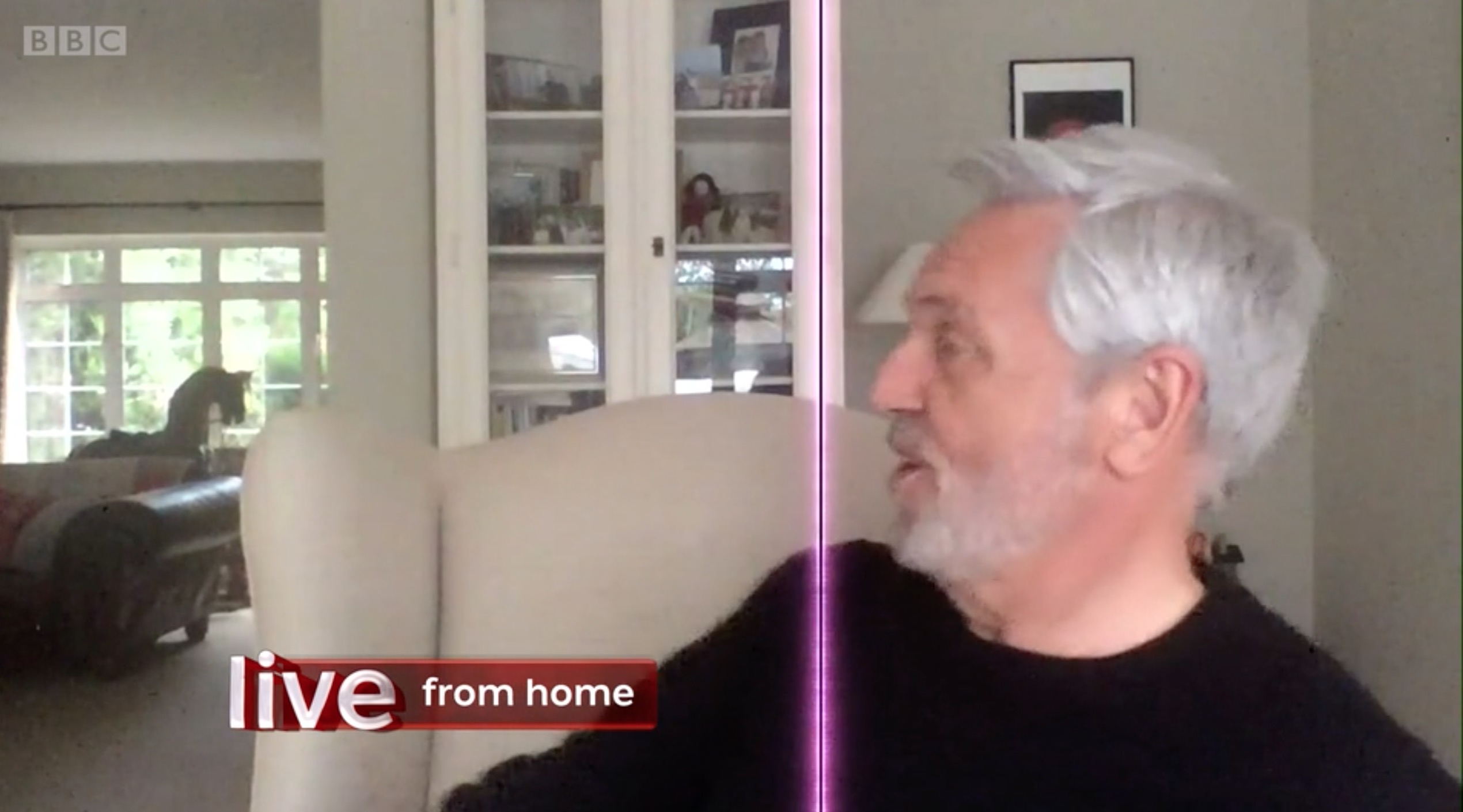 The actor started joking that he was in a ‘cheap Star Wars rip-off’Credit: BBC

Joking around with the strip down the middle of his camera lens, he then started backing and forthing over the lines, pretending to talk to himself.

“It’s like a cheap version of Star Wars,” he then added, mimicking the noise of a light-saber to make light of the situation. 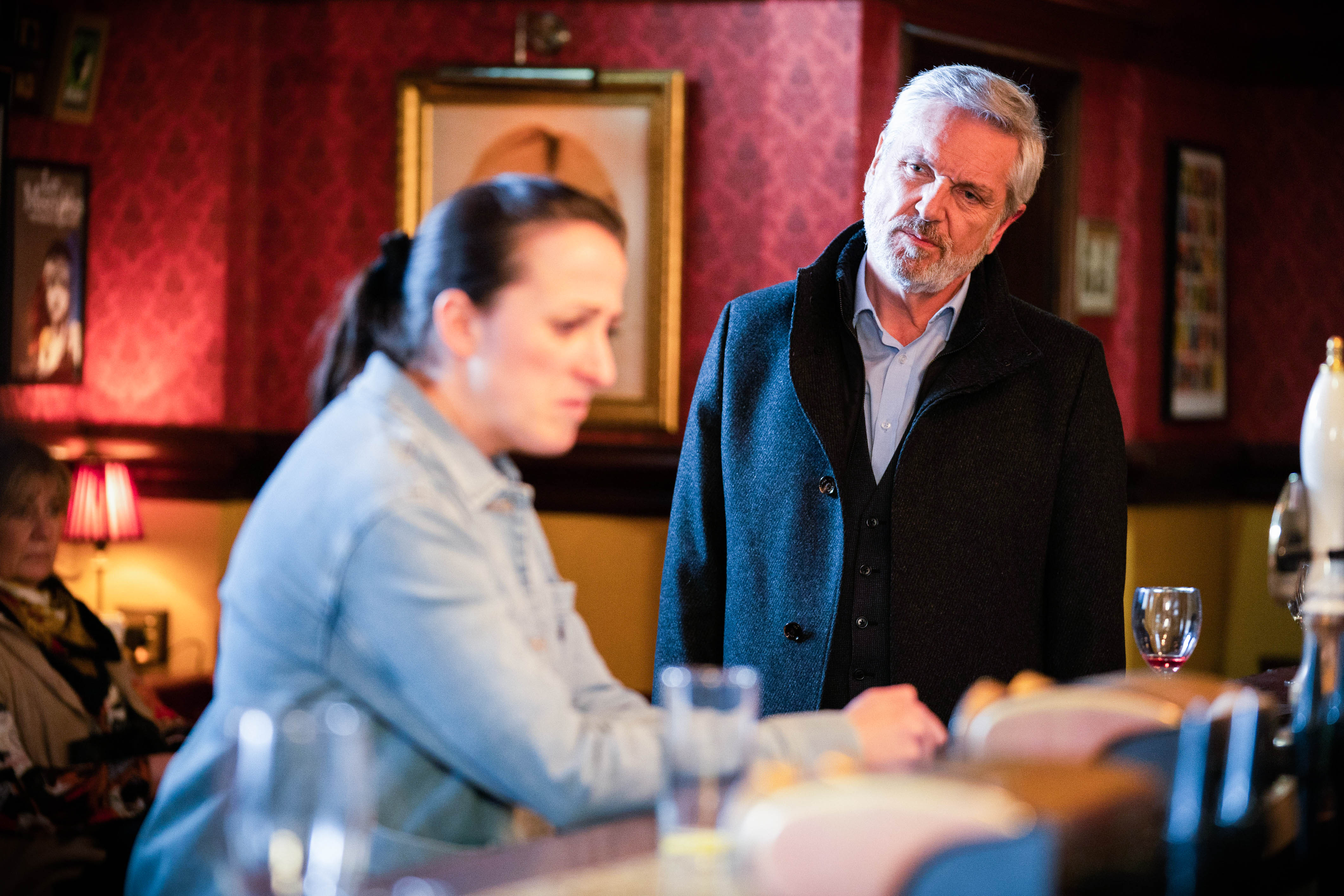 Brian is appearing on EastEnders as Sonia’s estranged dad – but is it a good or bad thing?Credit: BBC 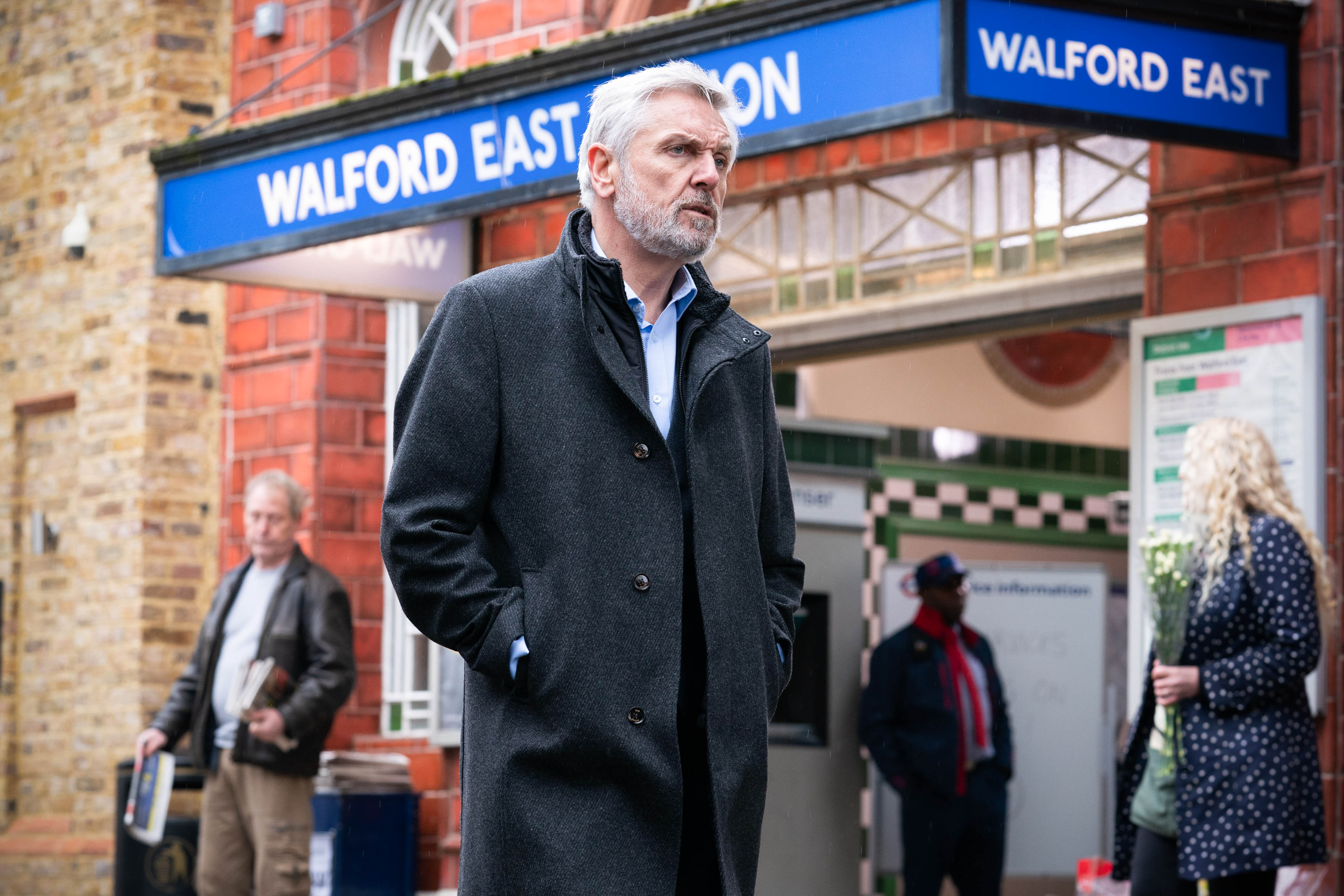 The new character is sure to create ripples in WalfordCredit: BBC

“I don’t know… it looks like you’re inside a pregnancy test!” Alex – who is pregnant with her third child – told him, causing him to crack up laughing.

Brian, who has become a first favourite of stage and screen for his comedy chops, will join Albert Square as Sonia’s long lost father Terry Cant, having previously said he had turned down the BBC1 soap twice.

Fans are already convinced that he may have more devious intentions than is initially being let on – with his reappearance starting a new villainous storyline.

He will make his debut on screen later this year.