THE Chase viewers were left stunned after a solo celebrity thrashed Paul Sinha in a show first.

Comedian Andi Osho ended up being the only famous face to make it through to the final chase in Sunday’s repeated episode after being on a team with Jane Moore, Alex Beresford and Mark Ramprakash. 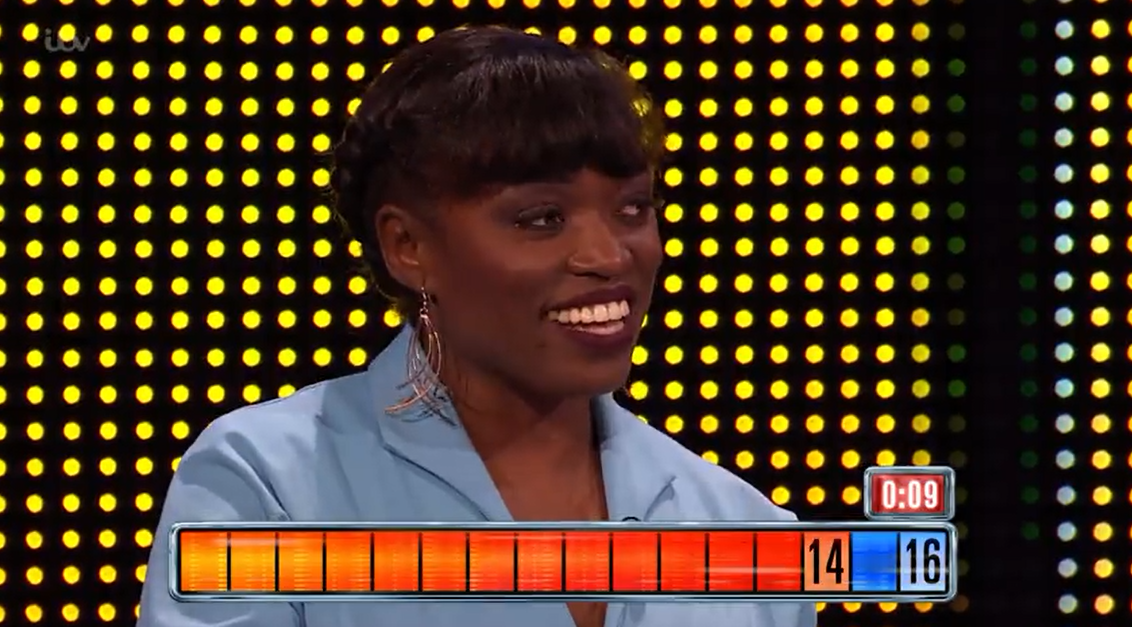 Comedian Andi Osho triumphed on her own on The Chase tonight

She had managed to win £7,000 in her main game and faced Paul ‘The Sinnerman’ Sinha again in the final chase.

Andi managed to answer an impressive 16 questions by herself in the last round before Paul attempted to catch her.

However, the Chaser dropped the ball on a number of occasions and Andi was able to push him back.

With perspiration clearly on his forehead, Paul got another answer wrong in the final seconds of the round, and Andi managed to get in one final pushback. 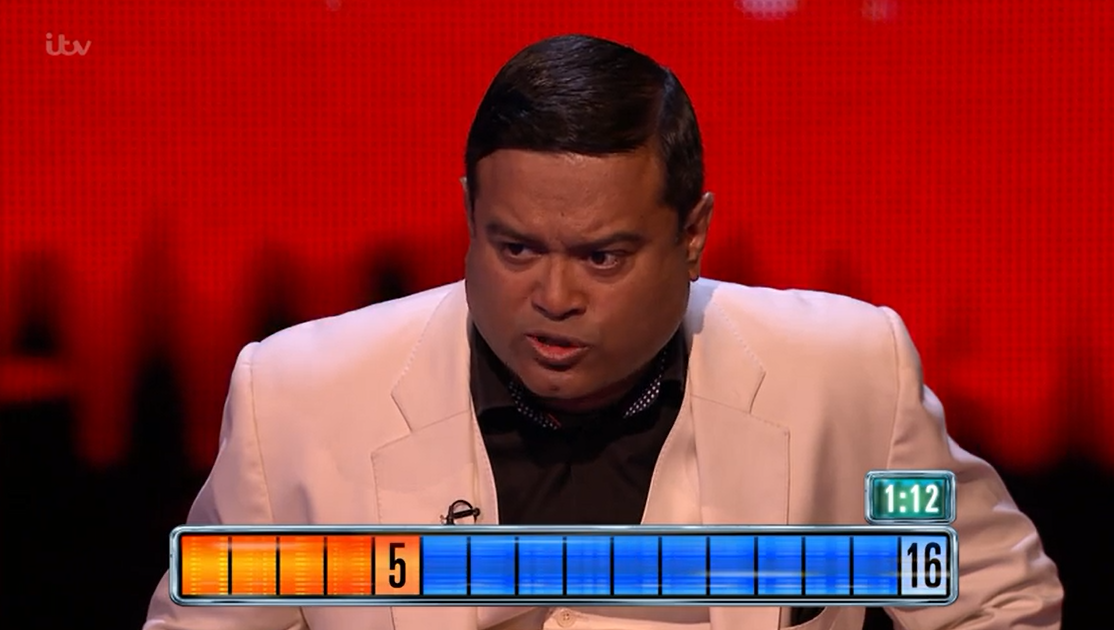 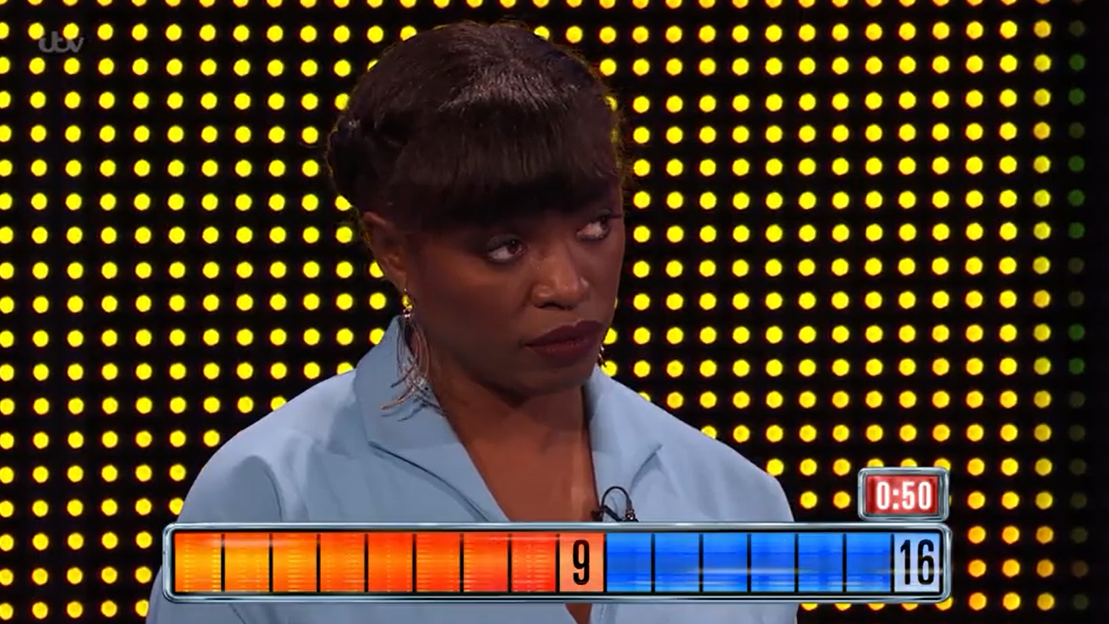 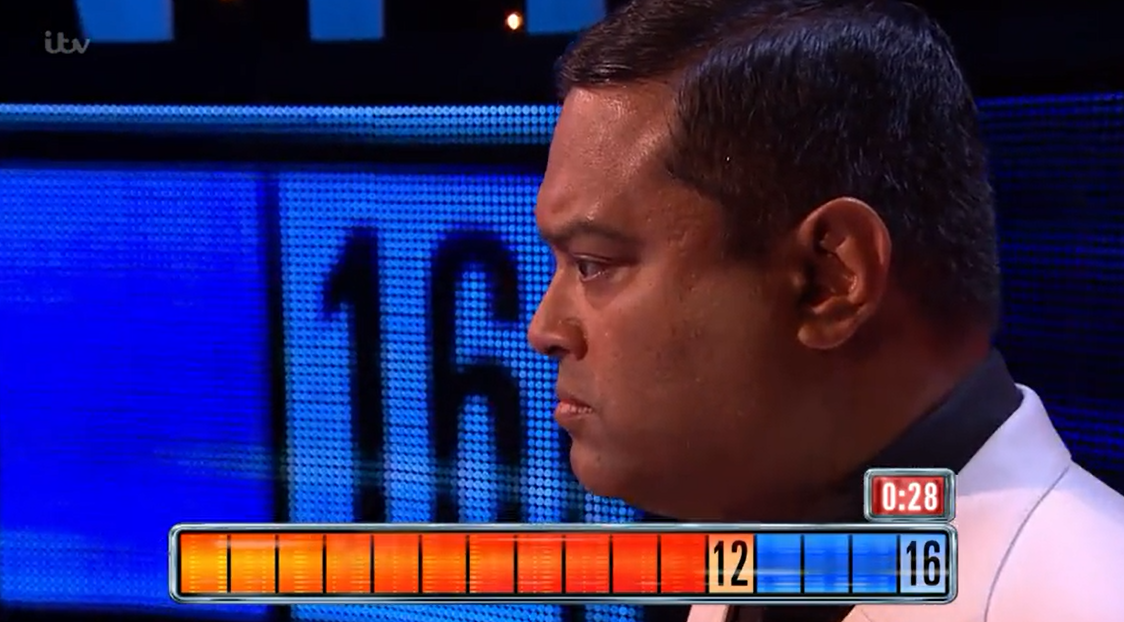 Paul was perspiring under the pressure as the time ticked down

Host Bradley Walsh then revealed it was the first time a solo player had won on the celebrity version of The Chase.

Viewers were hugely impressed by Andi’s efforts, with one writing on Twitter: “Andi Osho was absolutely amazing”.

Another added: “I’m crying at The Chase. YES ANDI”. 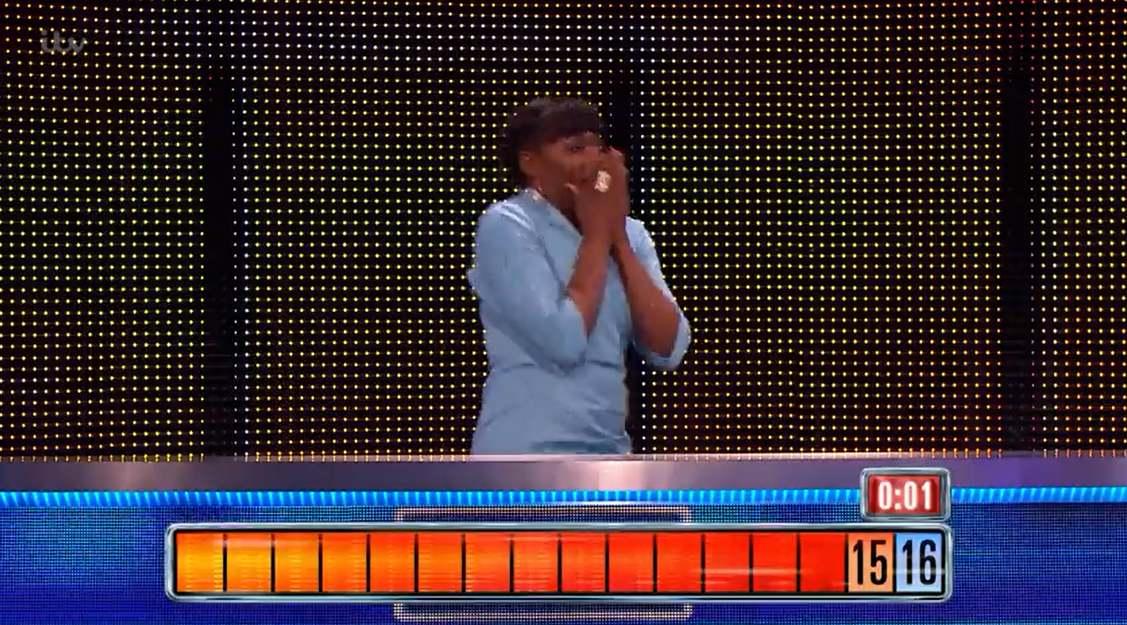 Andi was thrilled as she pushed him back in the final seconds to win her £7,000 for charity

The episode, which originally aired in 2018, saw the audience jump up and cheer at Andi’s impressive victory.

The Chase airs weekdays at 5pm on ITV.