TWENTY cities across the UK have been judged on their ability to with withstand a zombie apocalypse based on levels of self sustainability.

Environmental experts have ranked the cities based on eight categories, some factors include solar energy, farming, air quality and number of electric vehicle charging points. 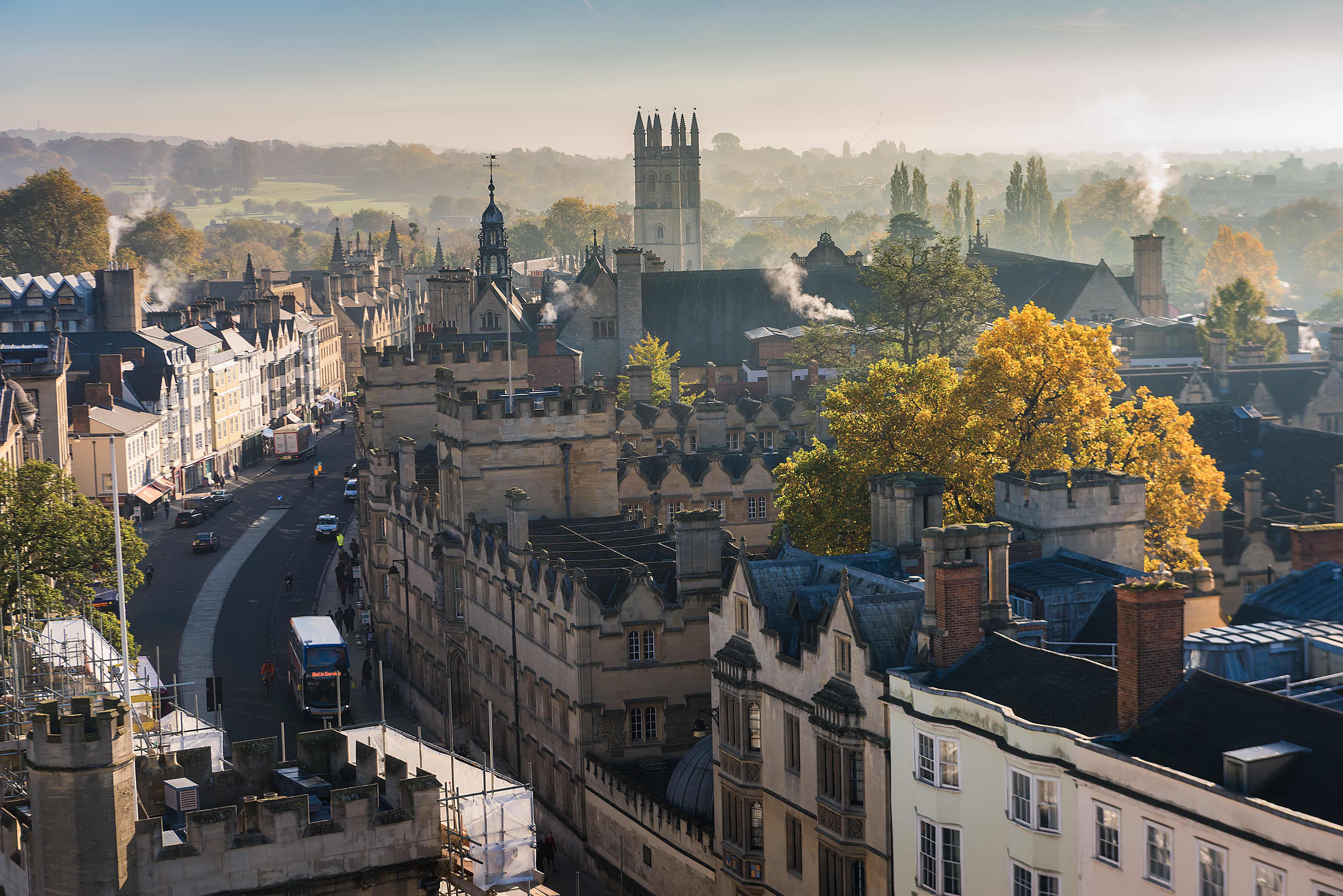 Cambridge was ranked the best city to survive a zombie apocalypse, Oxford the worstCredit: Getty – Contributor 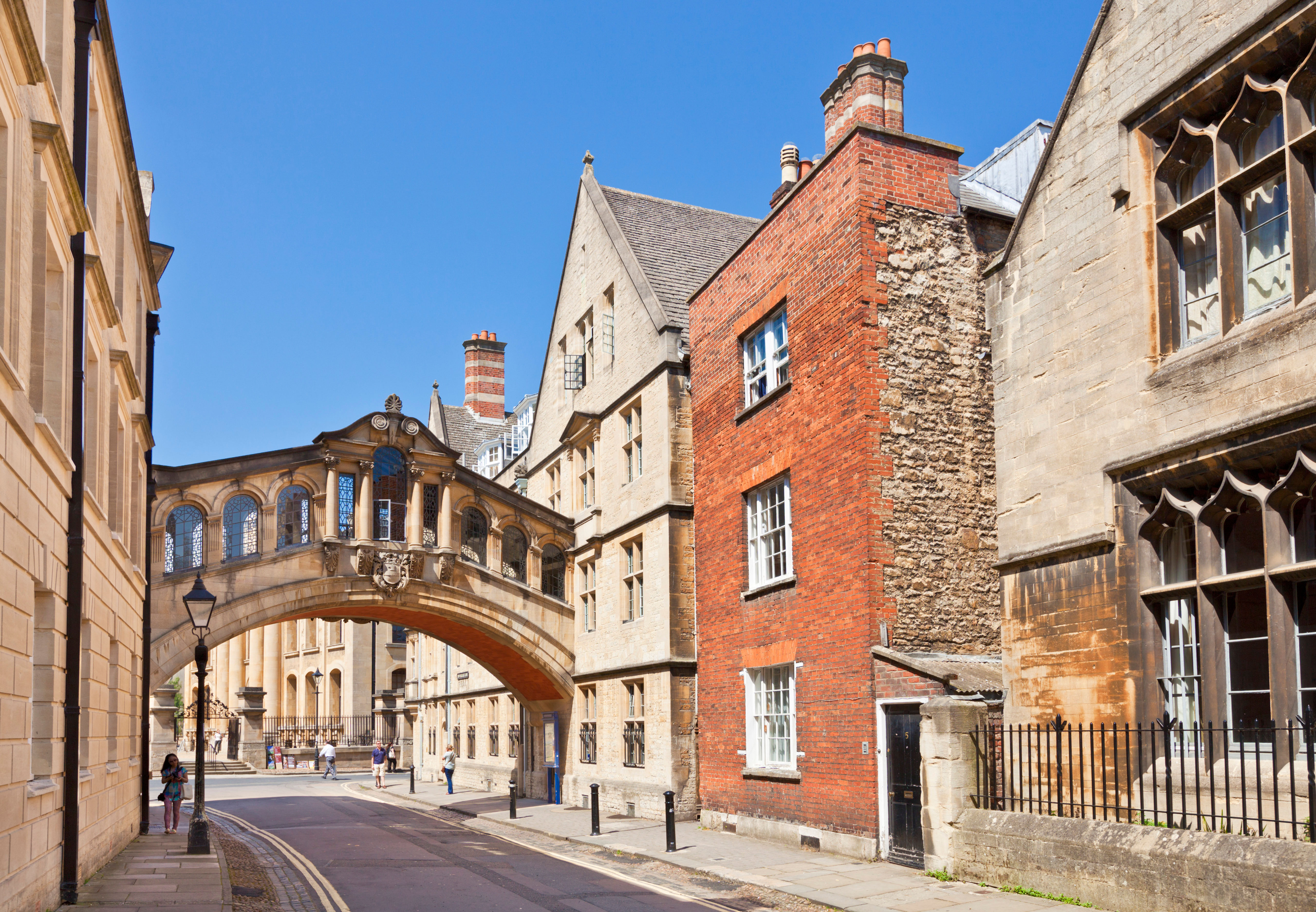 When they aren’t competing in rowing, Oxford and Cambridge are at other ends of the scale when it comes to self sustainability Credit: Alamy

Those living in Cambridge can breathe a sigh of relief as they topped the leaderboard with a score of 348 out of 700.

According to the expert’s research, the city is most likely to survive a zombie apocalypse after being awarded the highest number of points available for the number of onshore wind farms and recycling centres, and scoring highly for the percentage of farmland available.

Swansea follows close behind with 341, thanks to its vast outdoor space per 100,000 population.

It also has acres of farmlands and plenty of farmers to ensure enough food can go around.

Belfast came in third position with a score of 329 for its number of onshore wind farms and large farming community.

The team at SaveOnEnergy also judged cities on the amount of farmers in each city, recycling centres, wind farms and outdoor space.

They awarded each city points out of 100, revealing the 10 best and 10 worst to live in should zombies attack.

So what about those cities that might struggle a little they were to become flooded with flesh-eating monsters? 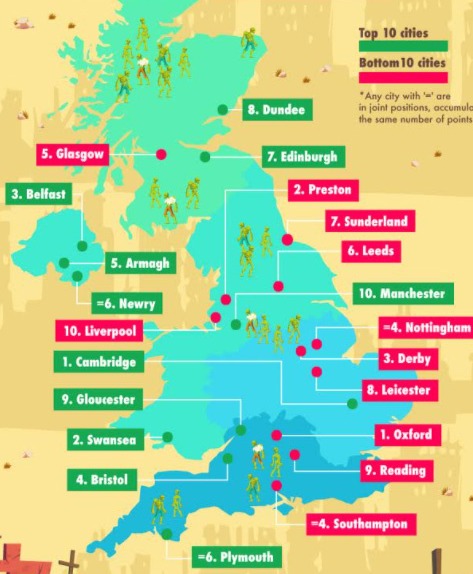 It’s not looking good for Oxford, which was ranked the city least likely to survive with a score of just 82 out of 700.

Despite having some of the most farmland of all cities studied, Oxford was let down by its lack of onshore wind farms, lack of outdoor space, and clean air.

The Lancashire based city had one of the lowest farming populations and had some the least parks per 100,000 population.

Third the worst for Derby, with a score of just 108 thanks to its poor levels of air pollution.

It also had one of the lowest numbers of recycling centres per 100,000 people in the population, thus resulting in a low overall score.

Onshore wind farms help to generate electricity through the use of wind, which is useful in a zombie apocalypse when electricity is sparse or non-existent.

Once again, neighbouring cities Cambridge and Peterborough come in joint first place, with 24 wind farms per city, thus scoring 100 points each out of a possible 100 in our zombie survival index.

Following behind in second is Belfast, with 19 wind farms found in the Northern Irish capital, thus resulting in 79 points.

Manchester, Northampton, and Preston rank in joint third place, with 14 wind farms each, resulting in a score of 58. 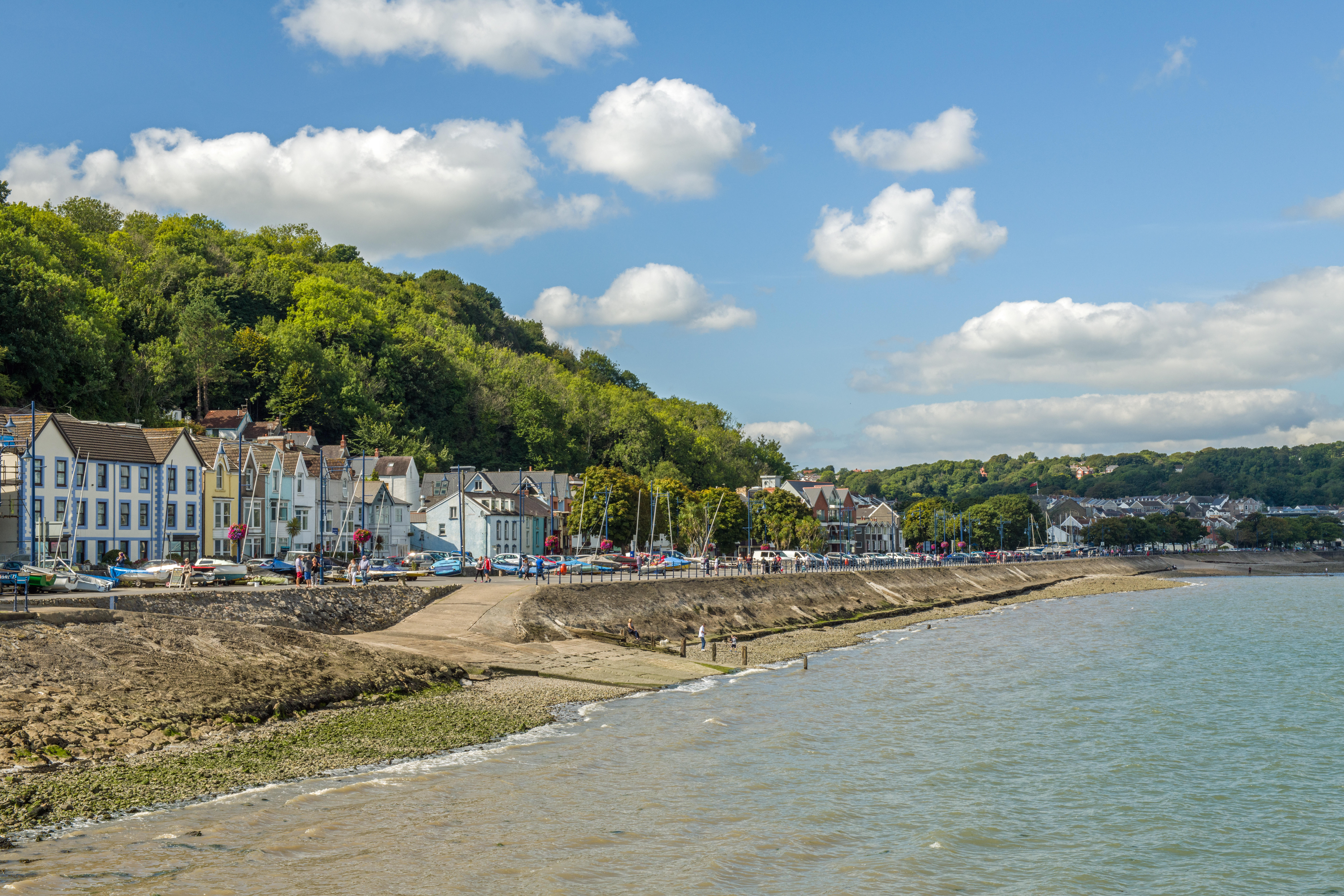 Swansea was the second most self sustainable city should it be attacked by zombiesCredit: Alamy 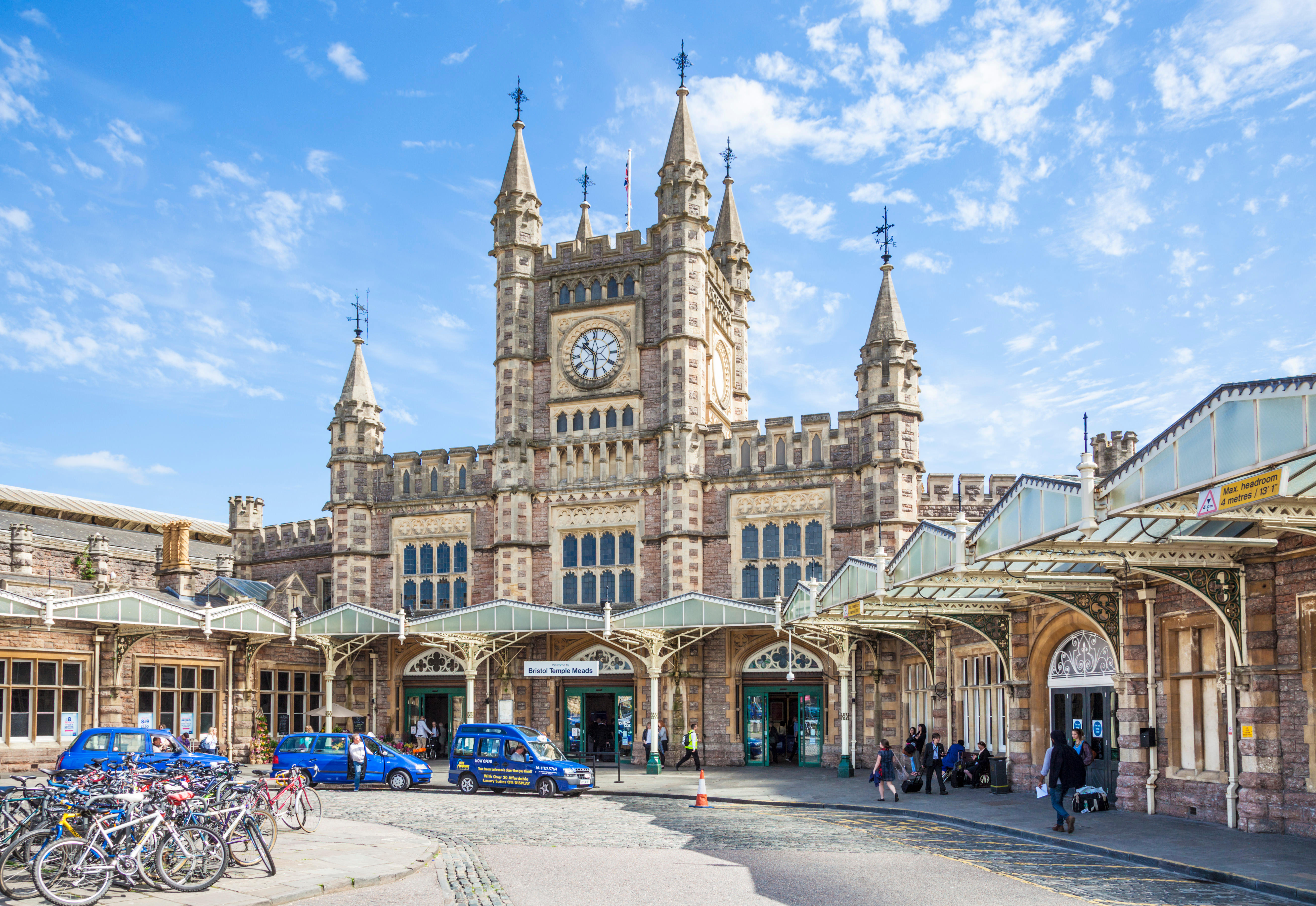 Bristol has the best air quality levels of all UK cities studiedCredit: Alamy