JURGEN KLOPP had his goalkeeper Alisson to thank for ‘saving’ his ‘a**e’ in Liverpool’s hard-fought win at Crystal Palace.

Liverpool ran out 3-1 winners at Selhurst Park, but the scoreline could have been different had it not been for Brazilian shot-stopper Alisson. 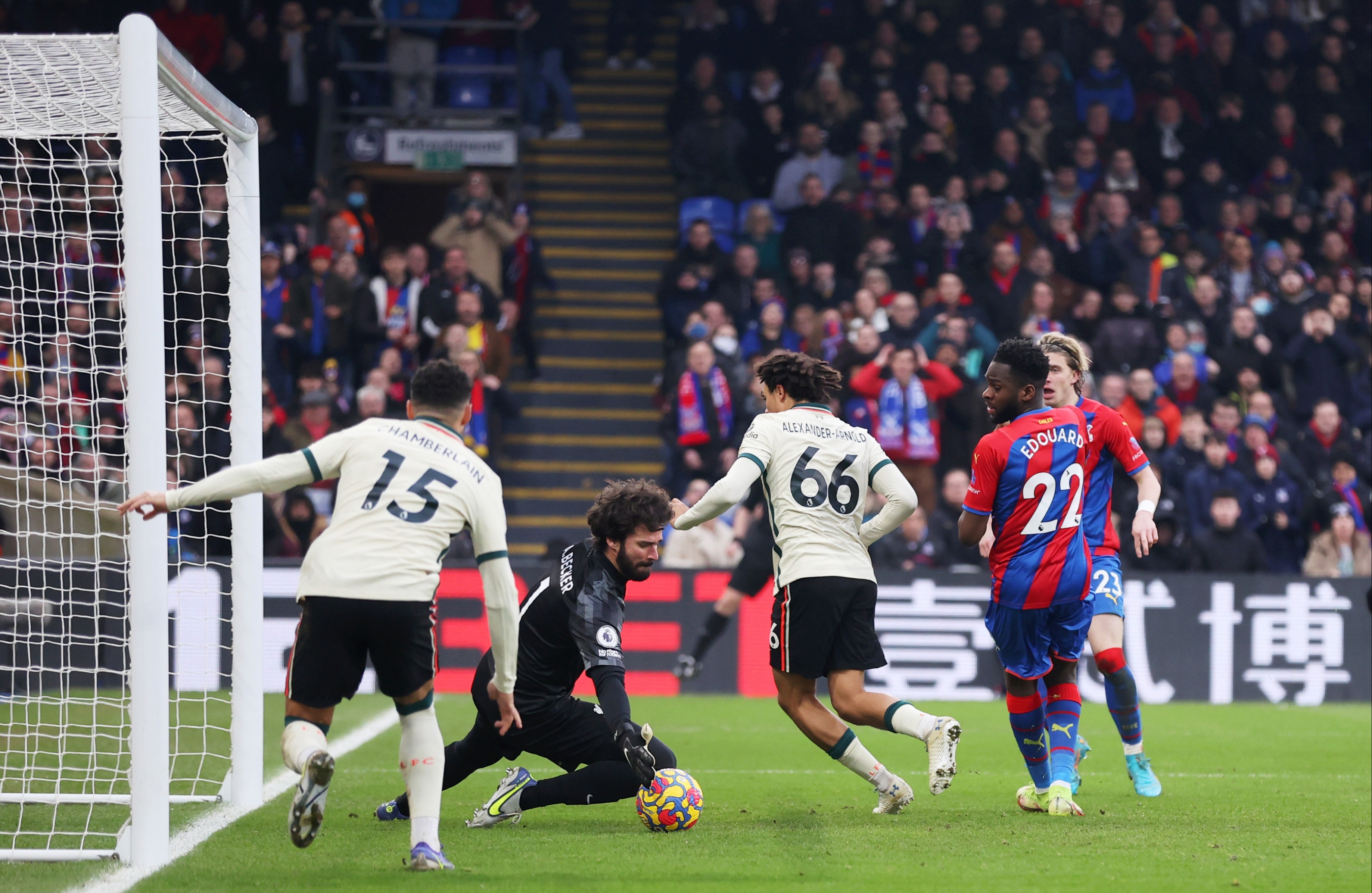 Liverpool boss Klopp praised Alisson after the game for making a string of important savesCredit: Getty

The home side called him into action on a number of occasions, but he was more than up to the challenge to deny Jean-Philippe Mateta, Odsonne Edouard and Michael Olise in particular.

And reacting to Alisson’s heroics, Klopp told Sky Sports: “I said to him just now, ‘Thank you for saving our a**e again’.

“He said, ‘That’s my job’. Of course it is very helpful to have a world-class goalkeeper at the back!”

The 29-year-old was beaten once by Edouard, but there was nothing Alisson could do about that as Mateta squared to the Frenchman to tap into an empty net.

The Reds’ second goalscorer Alex Oxlade-Chamberlain also singled out Alisson for praise, saying Liverpool ‘haven’t got anyone’ they would rather than the Brazil international.

The Ox gushed: “After 35 minutes we dropped our standards a bit. Alisson has bailed us out a good few times in the past and today he had some moments.

“We haven’t got anyone else we’d want other than him.

“When we went 2-0 up we didn’t play as good as we know we need to. Sometimes you have to go through those periods and weather the storm.”

Victory in South London trimmed Manchester City’s lead at the top of the table to nine points, with Liverpool also having a game in hand over their rivals.

But Klopp played down Liverpool’s chances of a title charge, despite City dropping points against Southampton yesterday.

Klopp insisted: “The distance [to Manchester City] is too far to talk about it but we don’t have to. We just need to win football matches.

“The distance [to Manchester City] is too far to talk about.”

“Each Premier League game is difficult like we saw today. We made it more exciting than necessary! We will see what happens in the final few months.”

The game at Selhurst Park did end in controversial circumstances as Liverpool were awarded a contentious penalty while Crystal Palace were pushing for an equaliser.

Fabinho duly converted from 12-yards after Palace goalkeeper Vicente Guaita was adjudged to have fouled Diogo Jota in the box.

That made it 3-1 with just under five minutes left of the 90, killing all hopes of a Crystal Palace comeback.