A TIKTOKER has shared a terrifying optical illusion that makes the room around you look like it’s shrinking, if you can stare long enough.

TikTok magician @seandoesmagic shared the mind-bending video that will have you spooked.

A TikTok magician has shared a mind-bending video that will make the room look like it’s shrinkingCredit: TikTok 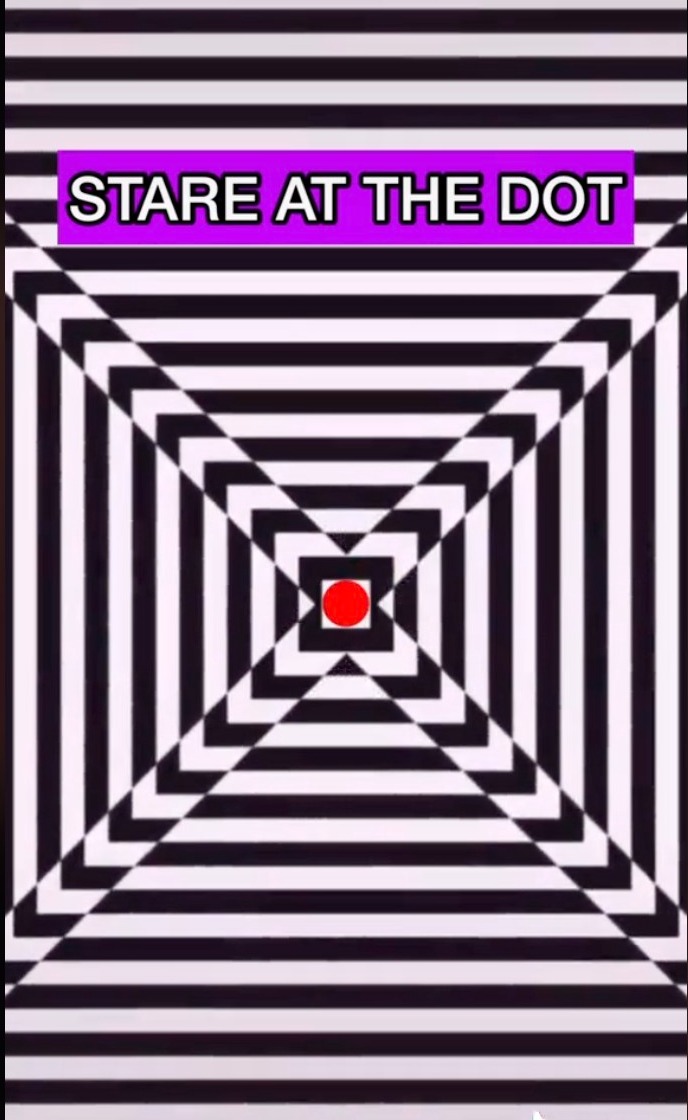 @Seandoesmagic said if you can stare at the red dot long enough, the illusion will workCredit: TikTok

“I’m about to hypnotize you and make you hallucinate and think that your room is shrinking,” Seany said in his video with over 1million likes.

In the center, there is a red dot.

“Do not keep your eyes off that moving dot,” Seany said in the video.

“Feel free to blink if you need to, but just don’t take your eyes off the dot.”

Then, the real challenge comes.

If you can keep staring at the center dot for 10 to 15 more seconds, then you’ll have a mind-bending reaction.

After the illusion comes off the screen, you’re asked to look away into your room and the walls should appear to shrink.

Commenters were definitely affected by the video, but the results varied.

“It actually works,” a user commented.

“My room is just stretching,” another person said.

Someone else commented: “IT NOT SHRINKING ITS GOING OUT MORE.”

“Is it supposed to be working for 2 min?” a different commenter asked.

Did the illusion work for you?

In other optical illusions, only the top 1 percent of people can see the image hidden inside an image of a circle in a square.

Additionally, one illusion filled with nine different animals reveals your true personality based on the animal you spot first.

Meanwhile, the direction you think the horse is going in this optical illusion reveals if you’re left or right-brained.