THIS is the terrifying moment a woman uncovers a massive Huntsman spider with dozens of its babies behind a painting in her kitchen.

The Aussie posted the frightening footage of the spider to TikTok with the caption: “Only in Australia.” 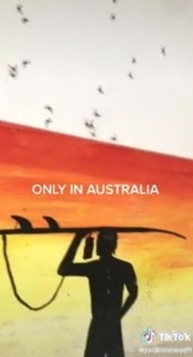 Dozens of baby spiders were spotted crawling over the painting 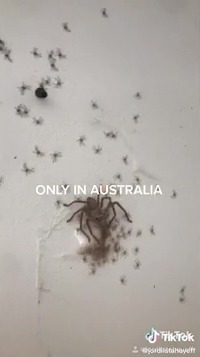 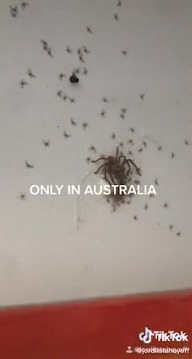 The terrifying footage was hilariously captioned ‘Only in Australia’

The video shows a cluttered kitchen with dozens of baby spiders dotted around the wall surrounding the top of a multi-coloured painting.

The woman then moves closer to the painting before lifting it from the wall to reveal a giant Huntsman spider.

The massive creepy-crawly has dozens of babies hanging onto it while others scatter away with the reveal.

The clip of the terrifying critter has been liked more than 15,300 likes with over 560 comments.

The reaction on the social app was divided with some horrified while others gave advice on the positives of having a Huntsman spider in the home.

“Give them the keys and cya later,” one woman joked.

Another said: “I would simply burn the house down.”

One amused: “Naw baby hunstmans! They will protect you from other spiders.”

Others shared their terrifying experiences with the the deadly spiders.

Hellobrooke_lyn said: “Stop. One Christmas we brought the tree in from the garage and the next night we noticed a SWARM of baby huntsmans crawling toward the ceiling light.”

Huntsman spiders live in warm tropical climates across the world in places such as Australasia, Asia, Africa, the Americas, and the Mediterranean Basin.

WHAT are Huntsman spiders and how big do they get?

These massive, crab-like spiders can have a leg span of up to 25 to 30cm.

They normally live in small gaps in tree bark, but frequently wander into homes and cars in search of food. They move at lightning speed, can walk on walls and even ceilings, and jump huge distances suddenly.

Unlike other types of spider, they go out to stalk and kill their prey instead of spinning webs, feasting on insects and small animals like mice and lizards.

You don’t want to make a mummy huntsman angry – they defend their young fiercely, attacking and biting those who threaten them.

If they’re touched, they have a “cling” reflex and will hang on tightly. Shaking them off doesn’t work, but does make them angry and likely to bite.

Although usually found in the Southern Hemisphere, they have been known to stow away in cargo and arrive unexpectedly in Europe.  They wouldn’t last long in the winter cold of the UK though.

Despite their scary appearance and aggression, they shouldn’t cause too much alarm – their venom isn’t deadly to humans, although it has been known to cause headaches, vomiting, and heart palpitations

Their diet mainly consists of insects but they are also known to eat small reptiles such as skinks and gekkos.

Photos of a terrifying Huntsman spider took the internet by storm in 2016, after the critter was found on a farm in Queensland, Australia.

And people’s fears have been reignited after a monster spider the size of a dinner plate went on the loose in a terrified couple’s home in Queensland in 2017.

Huntsman spiders use venom to stun their prey and to aid in digestion.

The enormous creepy crawlies need warm temperatures to survive and so they are not found in the wild in the UK.

However, in 2017, a huge 18cm beast was discovered lurking in a shipping container at a removals firm in Mertsam, Surrey.

The spider had hitched a ride with a family’s belongings from Brisbane, Australia, to the UK.

In the UK we have our own terrifying version called a green huntsman spider.

They can be found in woodlands and are very rare.

They are generally spotted from May to September in Southern England and have also been spotted in Ireland. 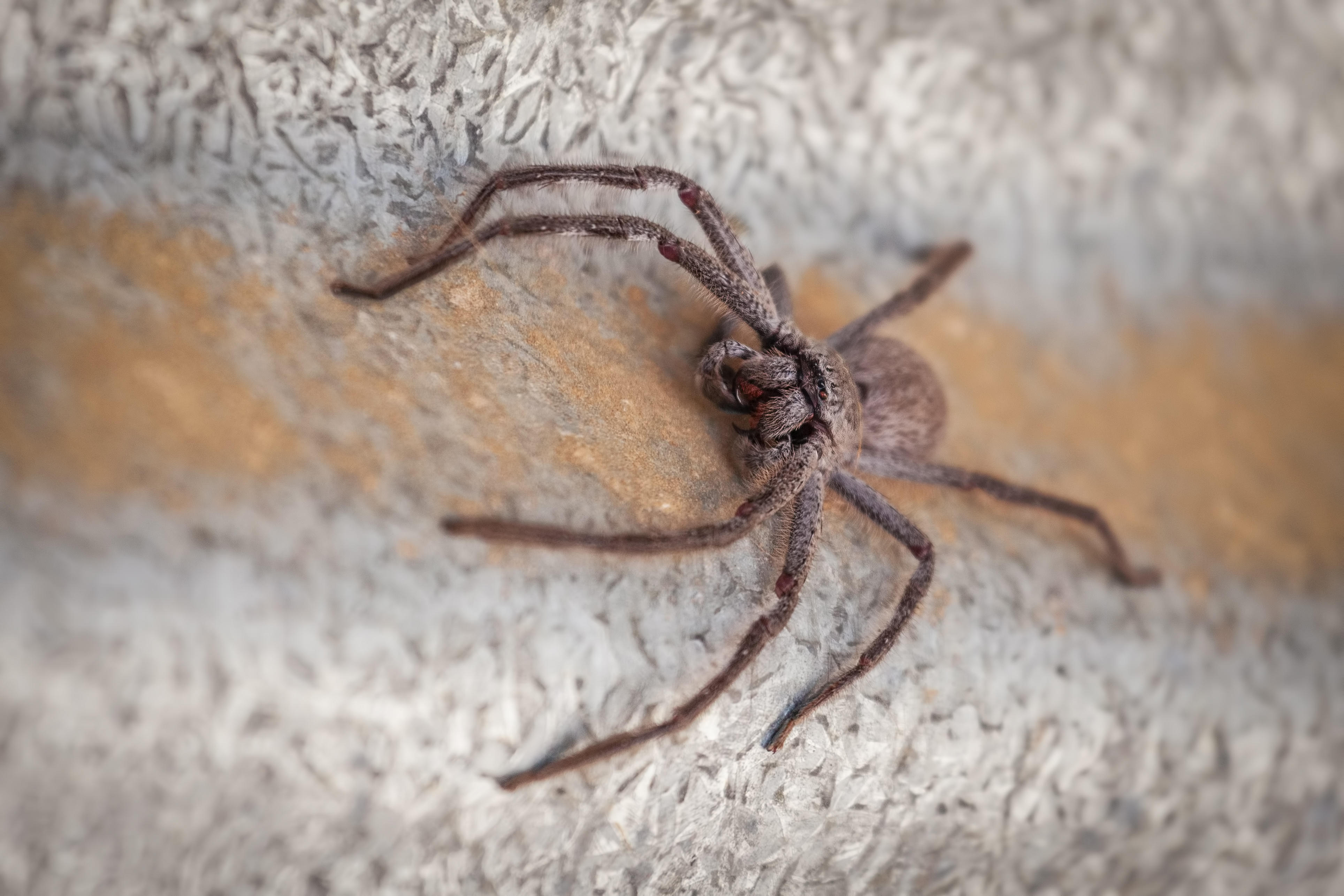