THIS is the dramatic moment a car flies through the air before it skids on its nose and crashes into a pub.

The horror smash happened moments after the car, travelling at 60mph, veered off a Hampshire lane and into a grassy bank. 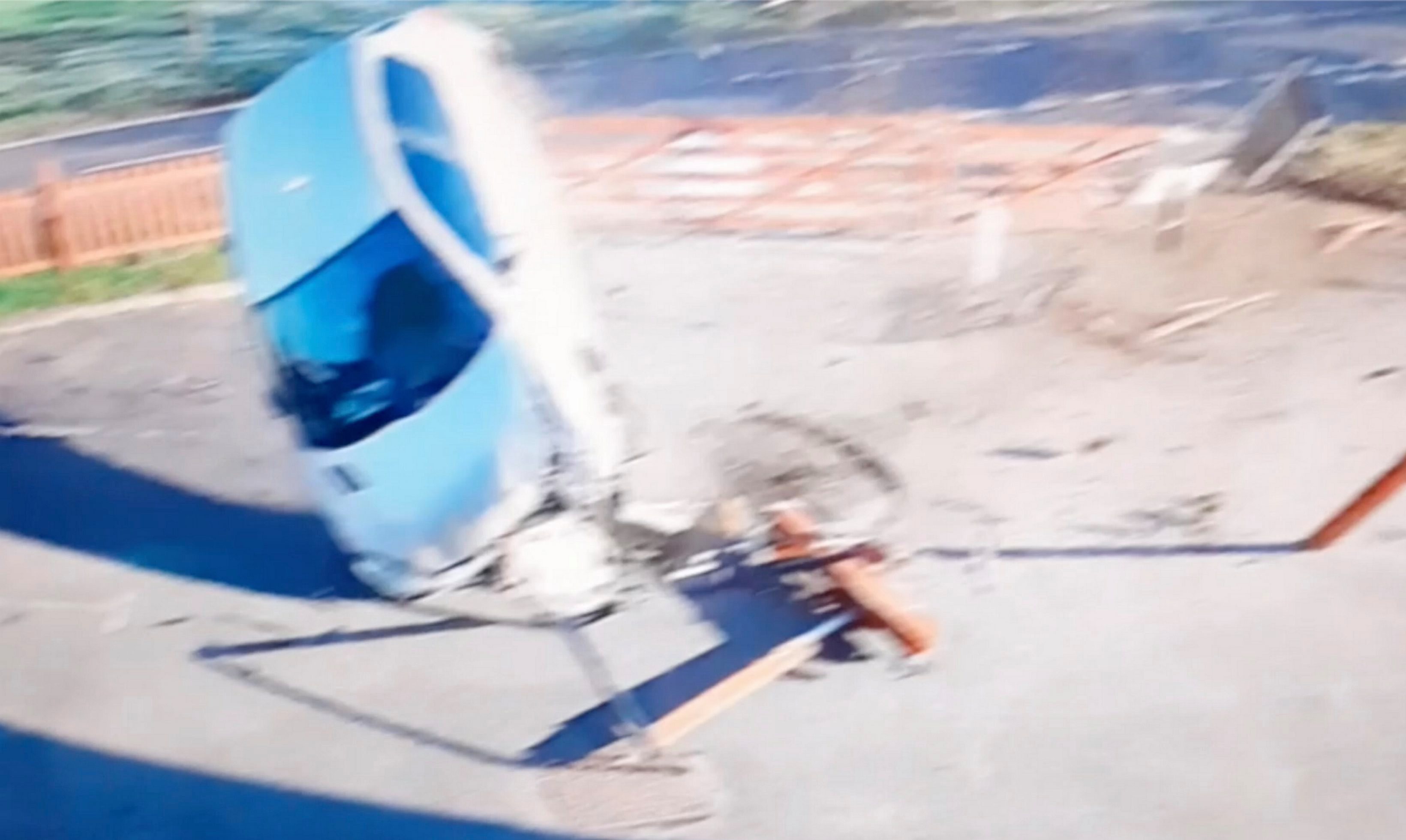 This is the shocking moment a car flips over in HampshireCredit: Solent News 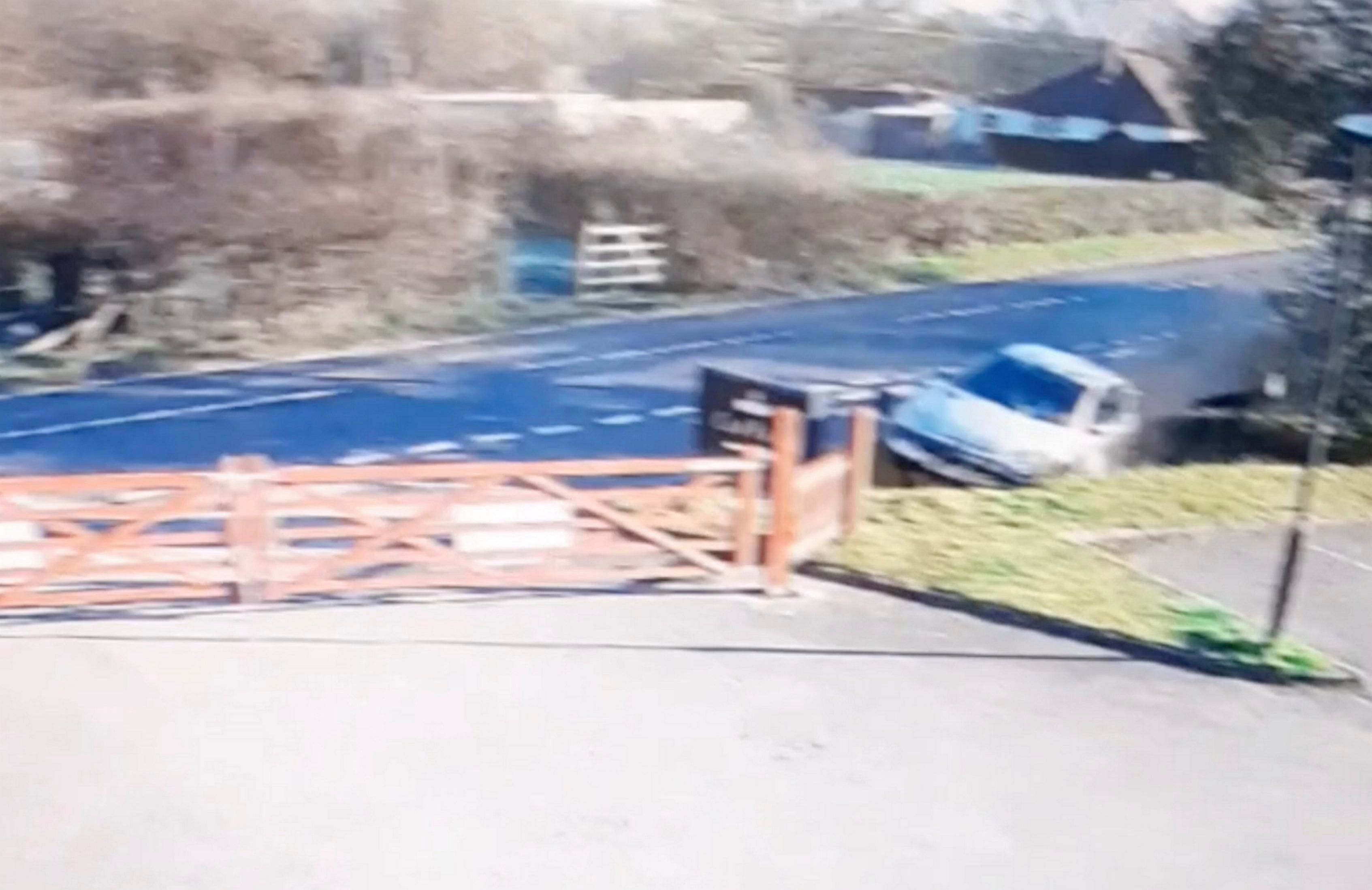 The car was travelling at 60mph when it crashed into the pub fenceCredit: Solent News

In shocking CCTV footage, the Peugeot clips a parallel grass bank before ploughing directly into the Chainmakers Arms pub in the village of Worlds End, seven miles north of Portsmouth.

The vehicle immediately flips and then skids metres on its nose through the pub’s car park during the Saturday morning crash.

Outside tables, chairs and barrels were destroyed in the jaw-dropping crash before the vehicle smashed into the pub’s bay windows – leaving the landlord with a £30,000 repair bill.

The driver was left “screaming” and trapped hanging upside down inside the vehicle with potential spinal injuries.

Fortunately, no customers were caught up in the incident as the pub was shut due to lockdown.

Landlord Angus Reid and his wife Sherry were inside the pub when they looked out and saw the car spinning in mid-air, sending debris flying across the car park.

“We were sitting having a cup of coffee when we heard a metal crunching noise and we looked out the window to see a car flying through the air,” Angus said. 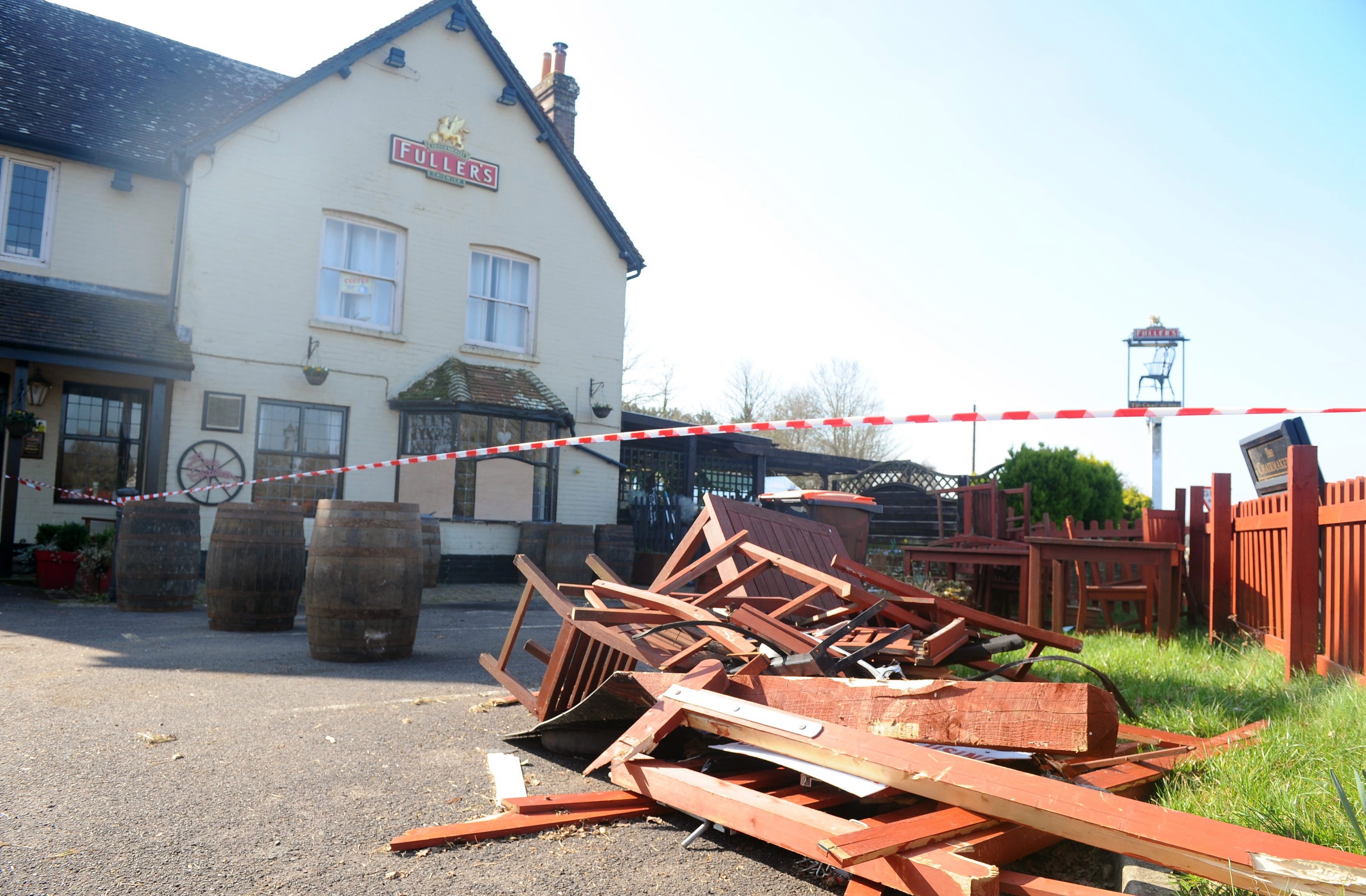 Damage caused after a car crashed into The Chairmakers ArmsCredit: Solent News 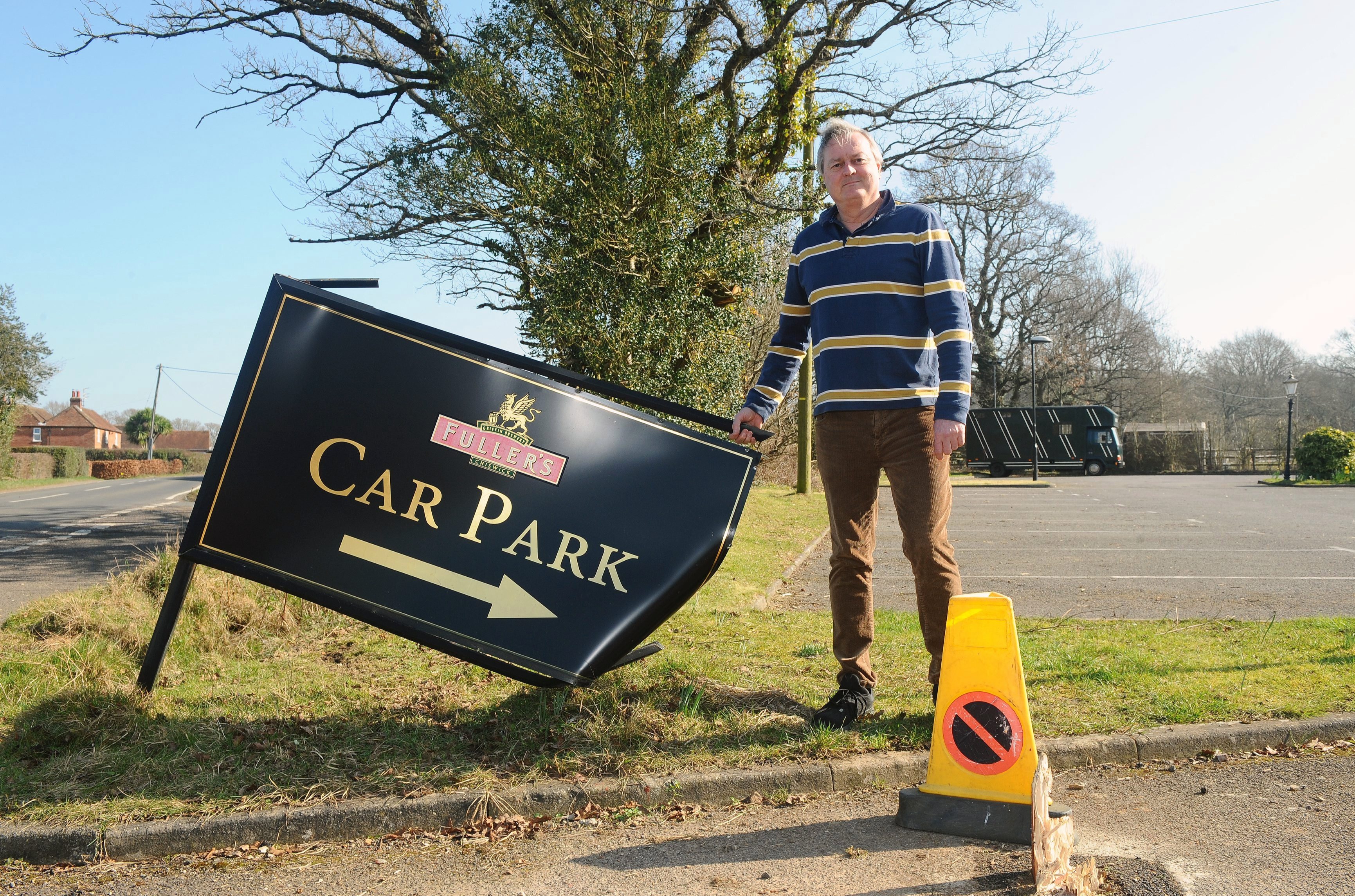 The pub owner rushed outside as he desperately tried to help the stranded driver.

“I tried to get the doors open but had no chance, they were jammed and crushed,” Angus added.

“My wife was on the phone to the emergency services but the occupant was unconscious and looked in a bad way.

“The driver regained consciousness and I spoke to him, reassuring him to stay still and explained what was happening as he was quite disillusioned and in a lot of pain.

“He was screaming that his back hurt and there were other injuries I could make out but couldn’t get close enough to do anything about it.”

Emergency services soon arrived on the scene and cut the driver out of the car.

According to Mr Reid, this is the second major accident in three months along the road resulting in the pub owner calling for the speed limit to be lowered on the lane from 60mph.

A spokesman for South Central Ambulance said: “We received a 999 call at 08.59am on Saturday, February 27, with the caller reporting a car had left the road at speed, hit The Chairmakers Arms and ended up on its roof in the pub’s car park.

“We sent two ambulances, a paramedic team leader in a rapid response vehicle and the Hampshire and Isle of Wight Air Ambulance critical care car to the incident.

“The driver, a male aged around 40-years-old, had sustained potentially serious spinal injuries and less serious arm and facial injuries.

“Following initial treatment at the scene, he was then taken to the major trauma centre at University Hospital Southampton.” 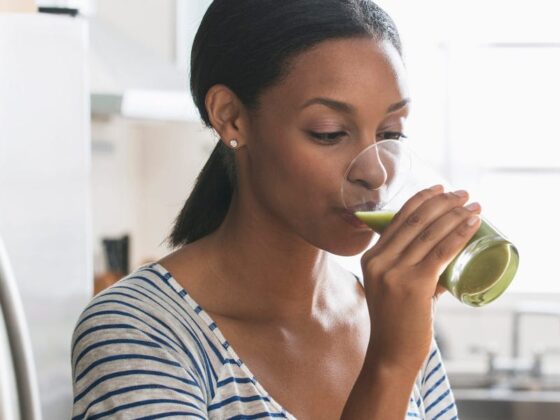