TEEN Mom star Farrah Abraham almost slipped out of her barely-there bikini as she and daughter Sophia are seen hanging out at the beach in Miami.

The 29-year-old showed off her surgically-enhanced assets in a seafoam green, ruffled bikini top, which she paired with matching bottoms that emphasized her flat stomach and toned legs. 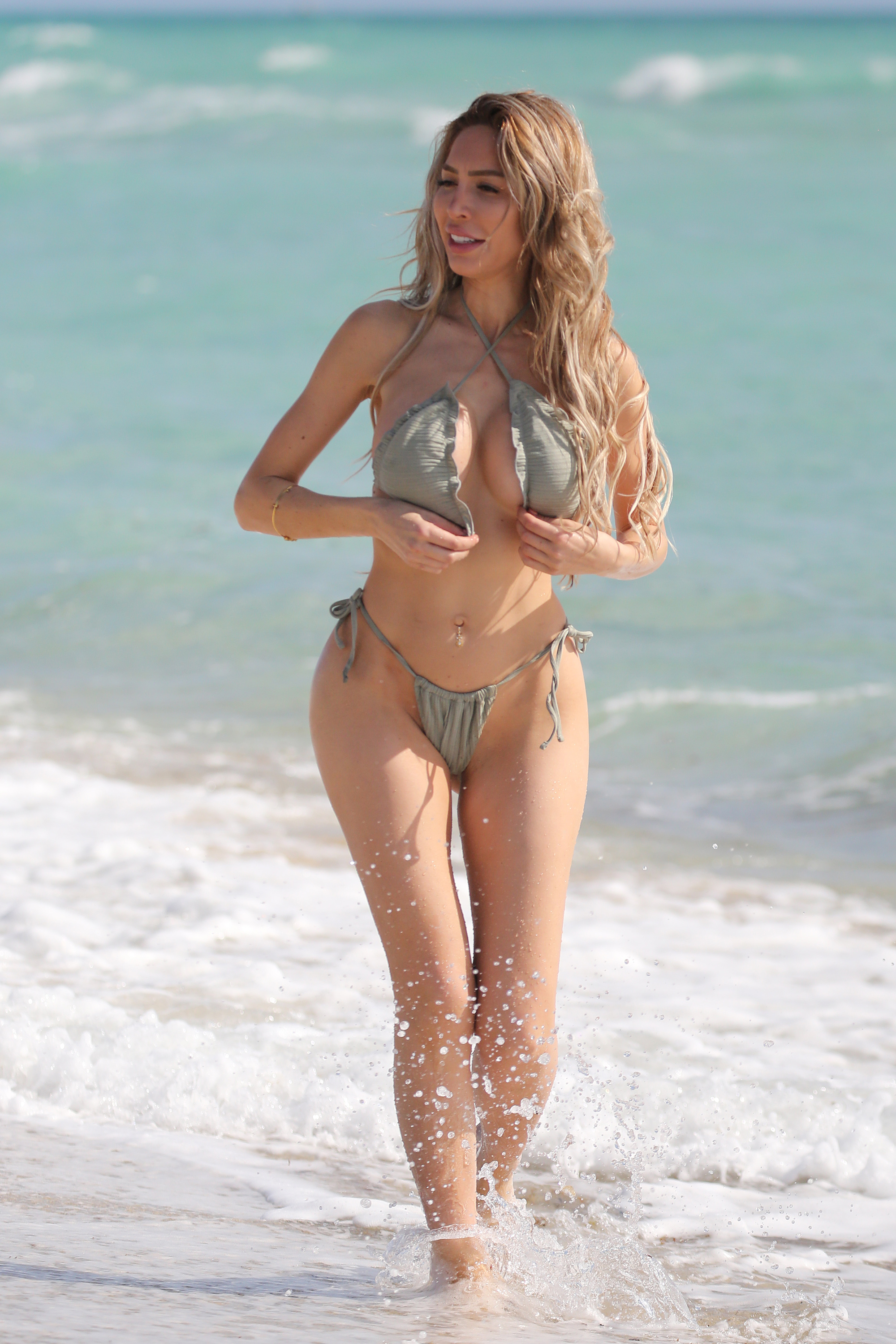 Farrah struggled to keep her bikini top on as she got out of the waterCredit: The Mega Agency 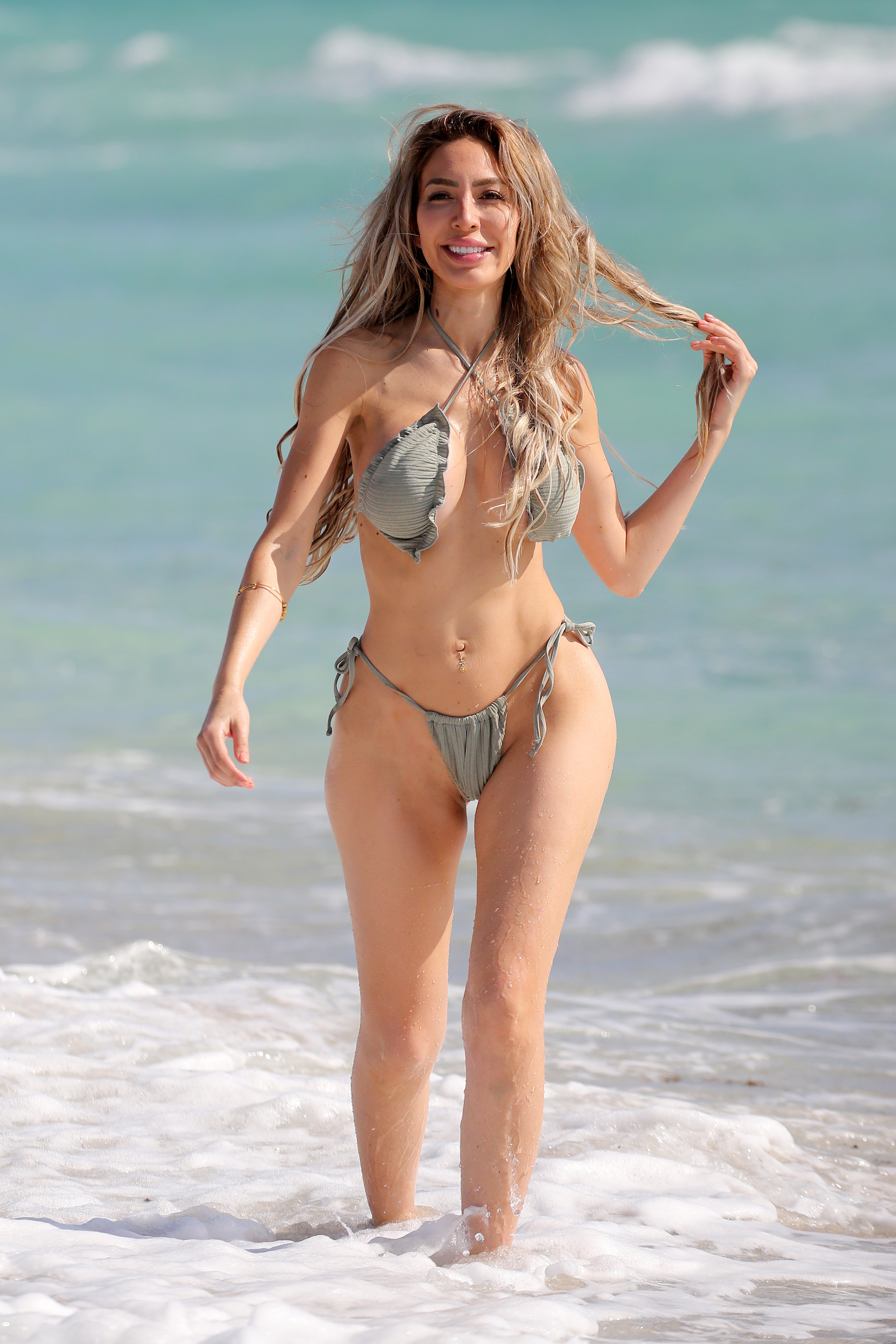 The pretty bikini featured ruffles and a tie at the waistCredit: The Mega Agency

Farrah appeared care free as she and her daughter Sophia frolicked on the sand and in the waves, making the most of the sunny weather in Miami.

The mom-of-one kept her accessories simple for the beach day, wearing just a simple gold bangle around the top of her arm and a tiny belly bar in her pierced navel. 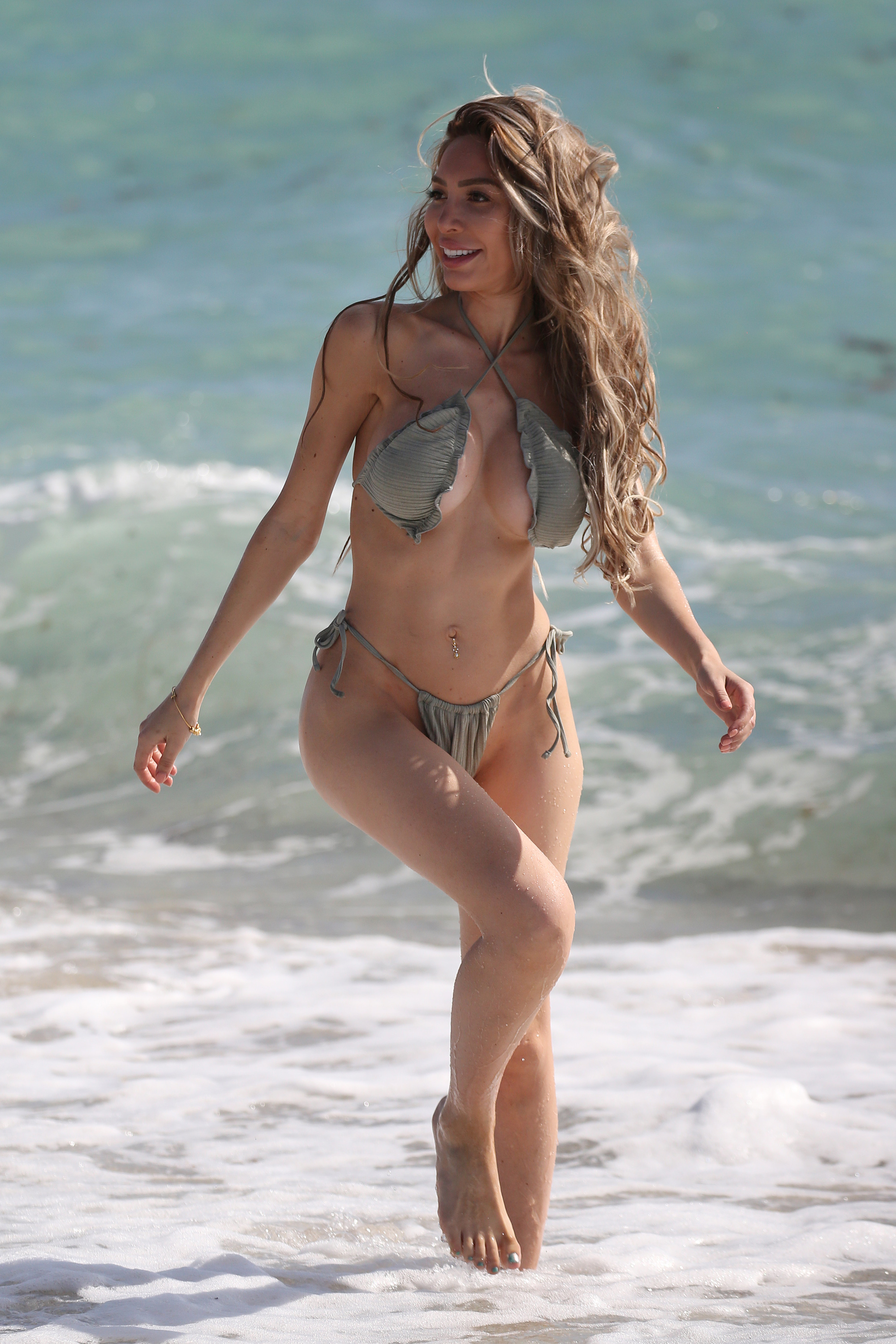 The miniscule outfit showed off her incredible figureCredit: The Mega Agency 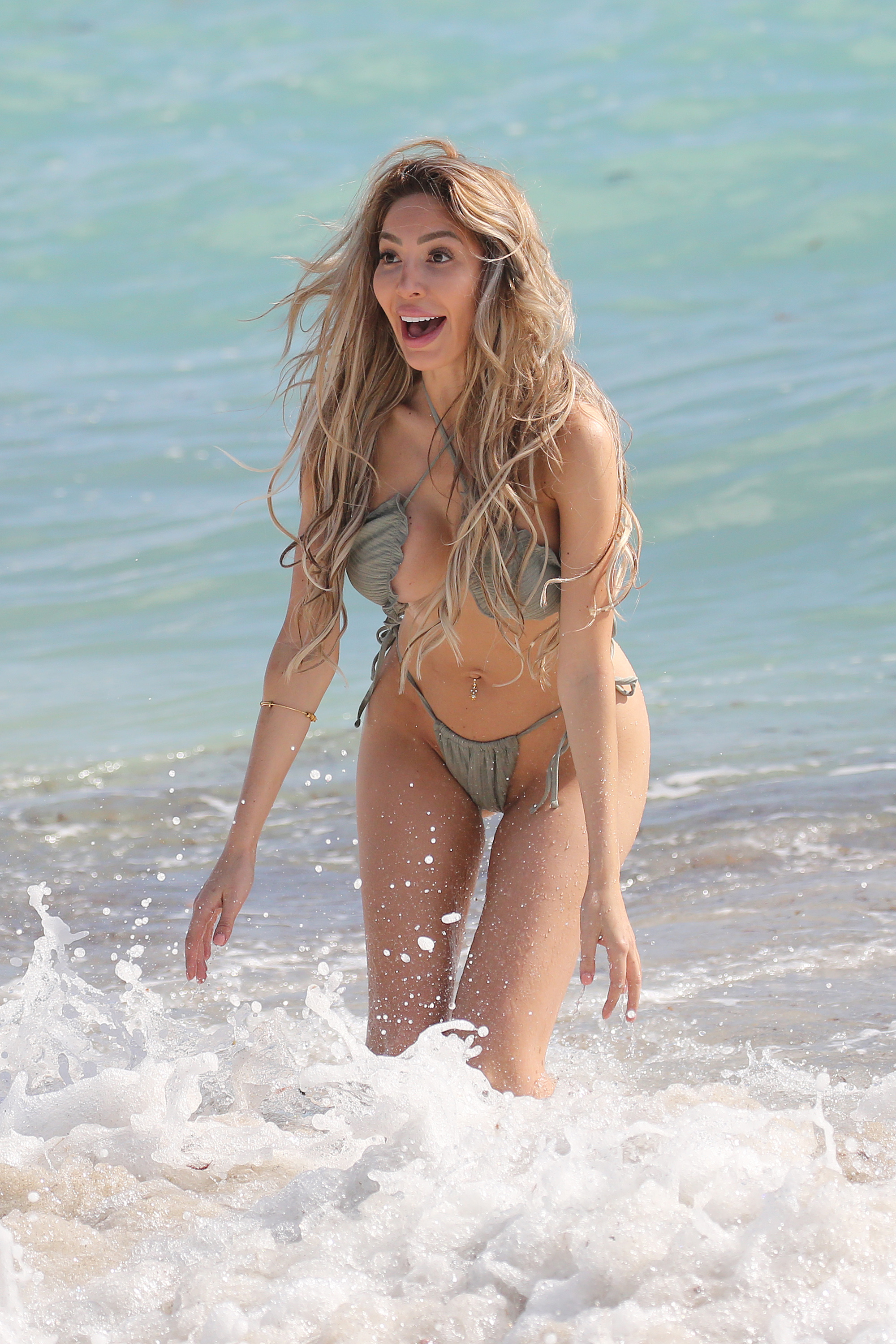 The mom-of-one looked like she was enjoying being in the sea and splashing aboutCredit: The Mega Agency 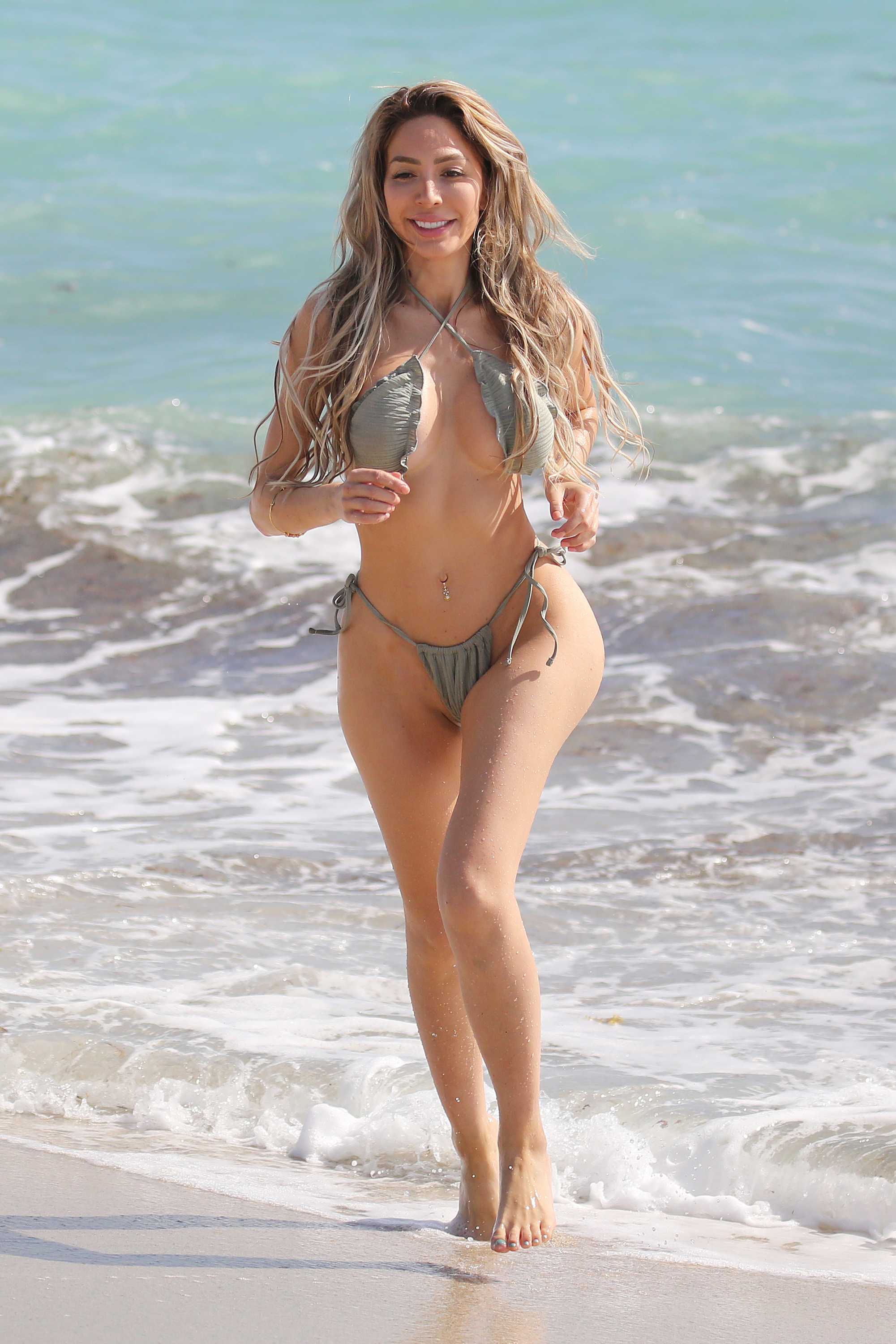 The cut of the bikini bottoms accentuated Farrah’s curvy bumCredit: The Mega Agency

Keeping her highlighted caramel hair down, long and wavy, Farrah and Sophia looked to have brought their pet pooch Billionaire along for the day out.

The Teen Mom’s 12-year-old daughter Sophia looked like she was enjoying the beach. 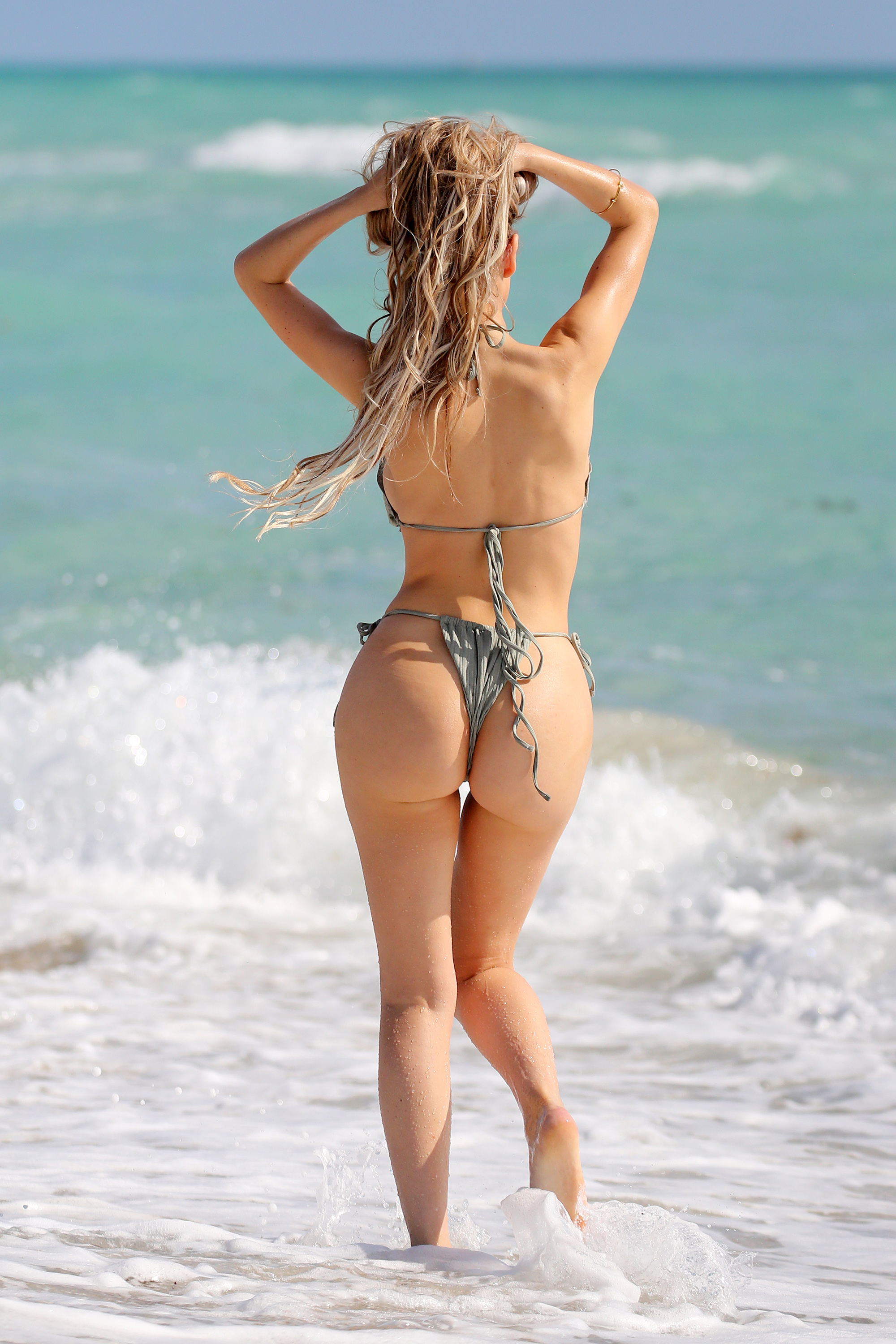 The bikini bottoms featured a drawstring thongCredit: The Mega Agency 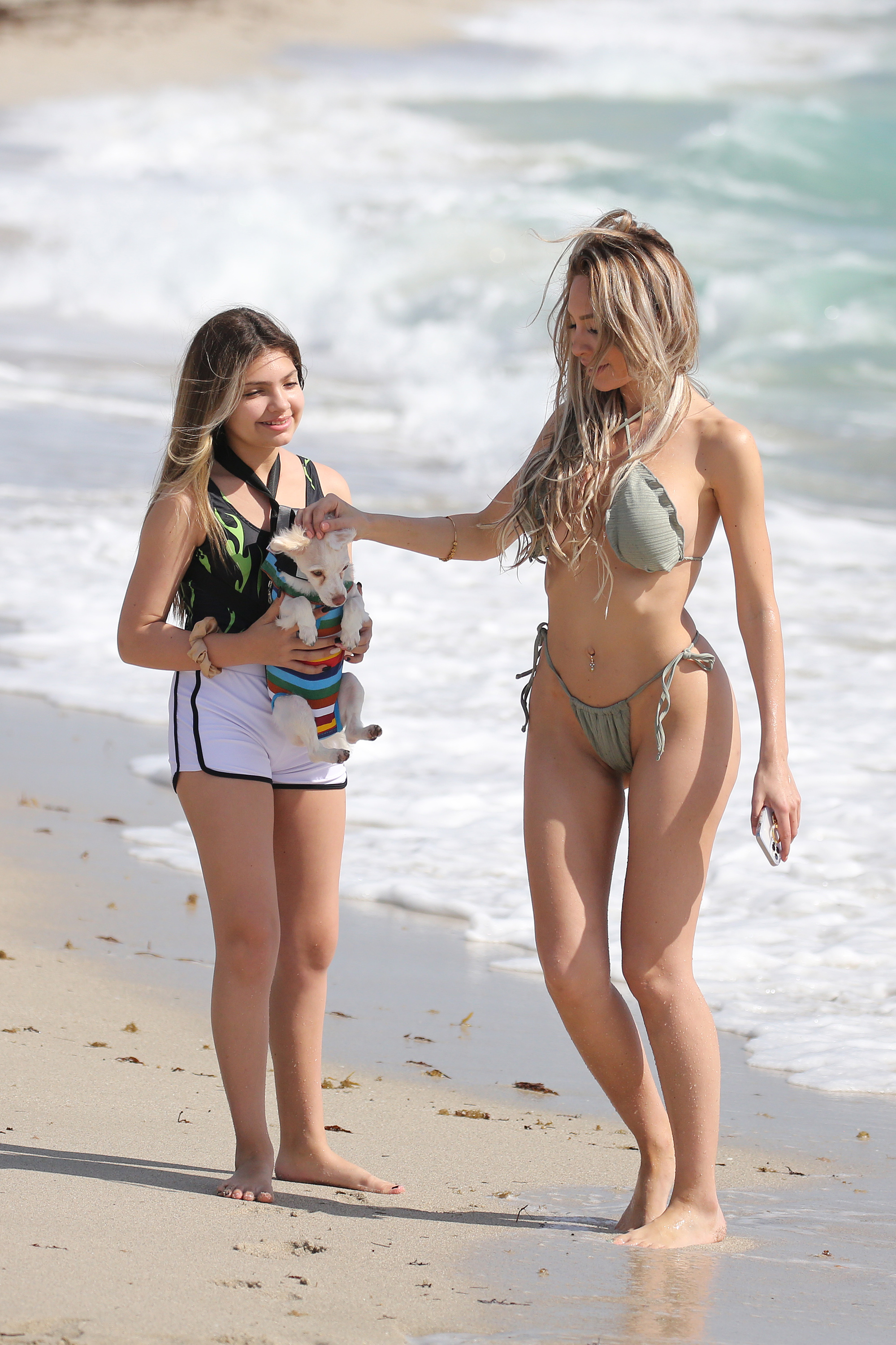 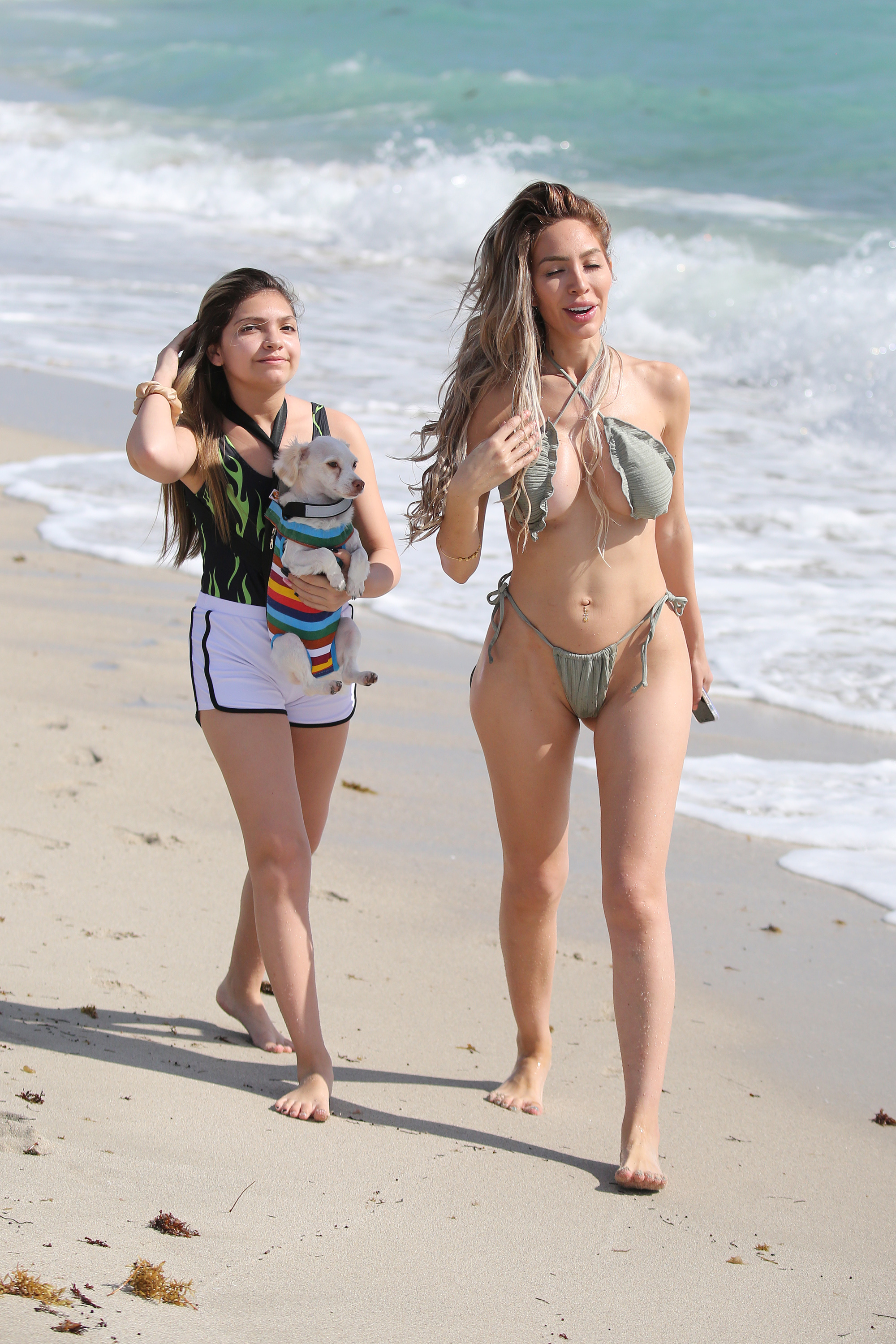 Farrah chatted happily away to her daughterCredit: The Mega Agency

Wearing white shorts and a black top, the tweenager also kept her long hair down just like her mom. 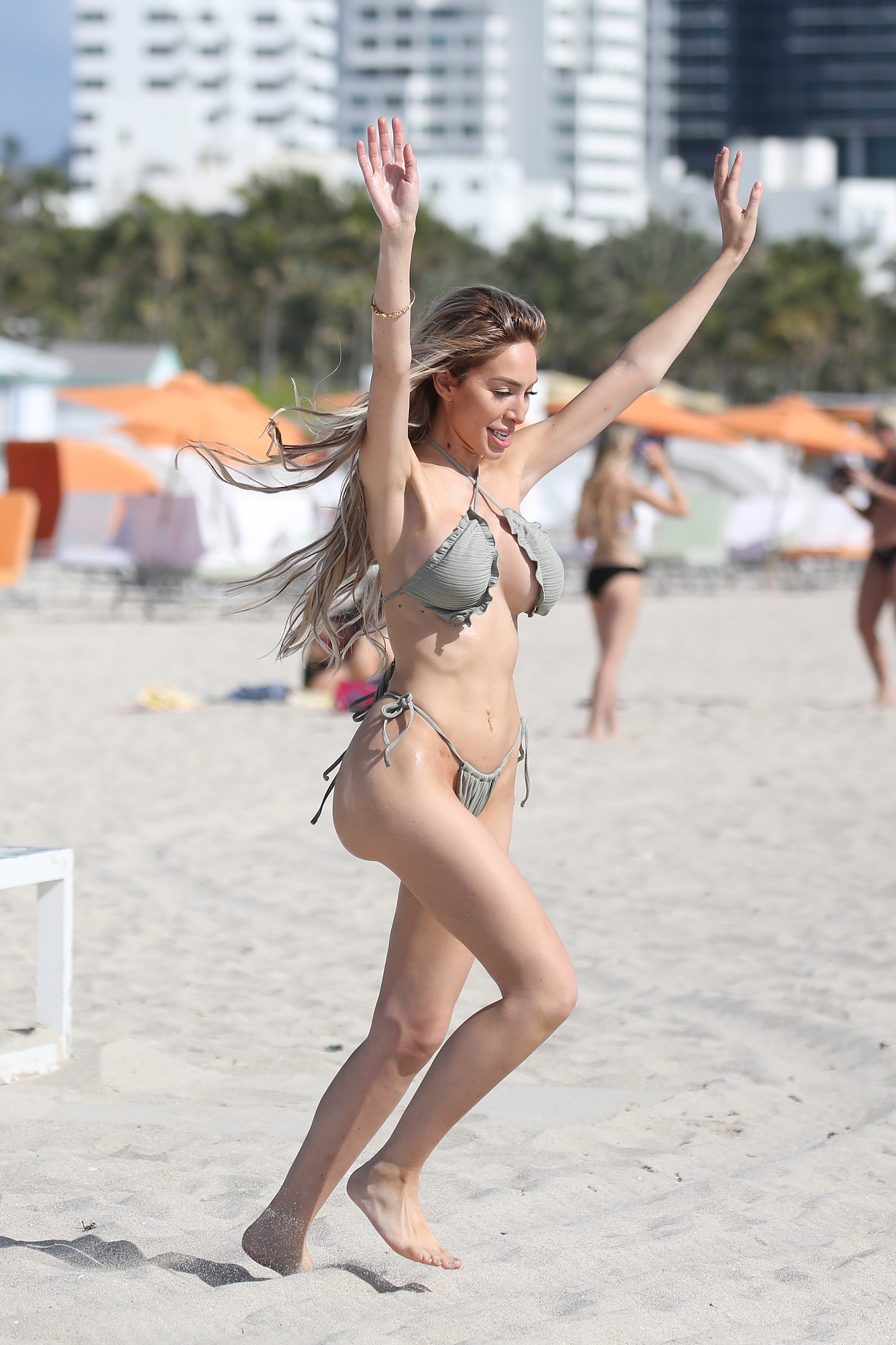 Farrah looked thrilled to be on the beach and soaking up the sunCredit: The Mega Agency 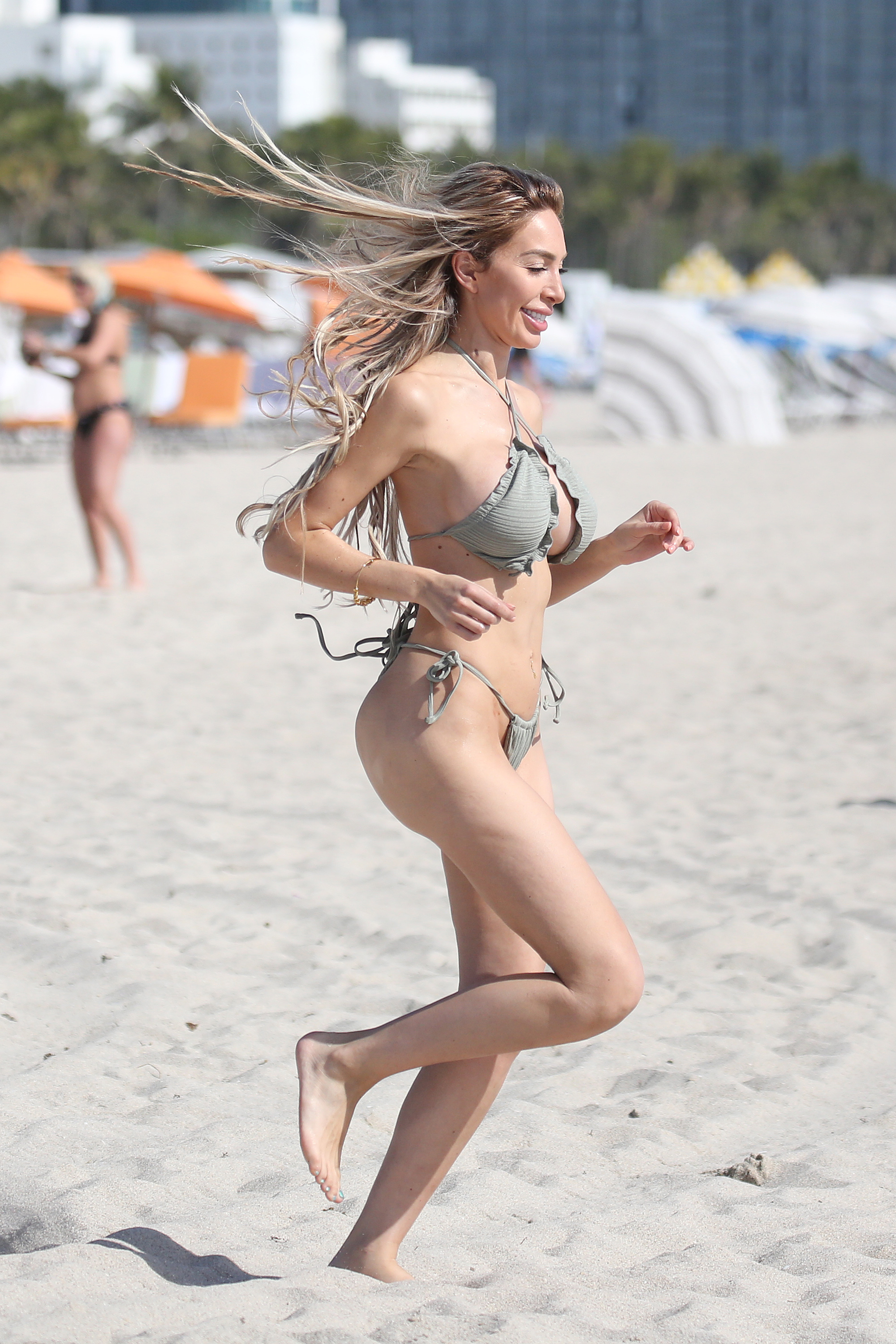 The Teen Mom star grinned as she ran across the sandCredit: The Mega Agency 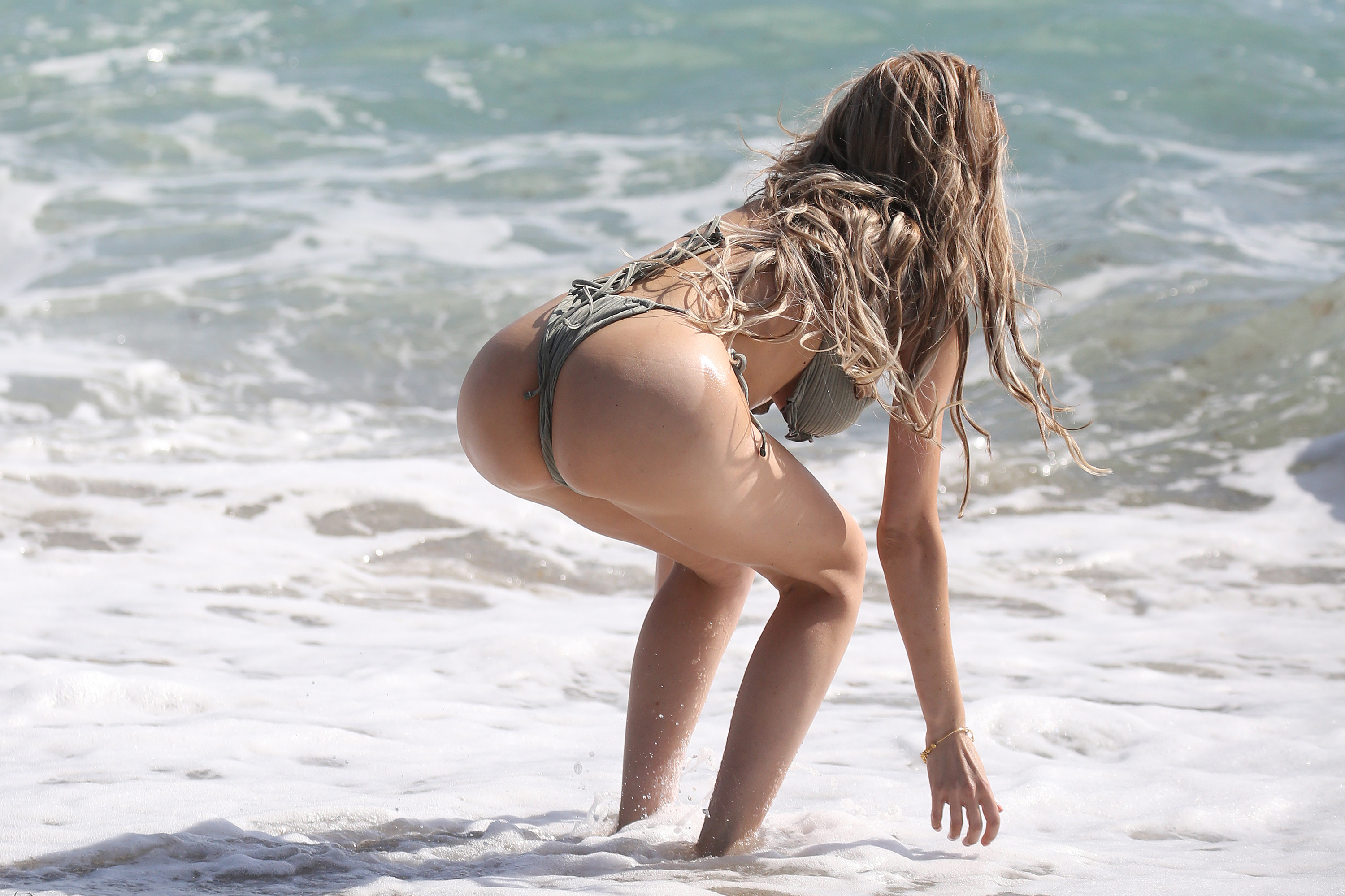 Farrah’s bikini worked over time to keep all her generous assets under controlCredit: The Mega Agency

“I definitely know I’m going to do my history right as a mom,” she told the camera while walking around the pharmacy with her mask off.

“This is the test: can you find the best health and wellness on the aisle on the shelf?

“Now if my daughter cannot, well that means well, I guess we’re going to stay in the aisle until you can. Pass-fail, fail-pass.”

Fans were floored by the video, as they realized she was discussing the “birds and bees” talk and “aunt Flo” visiting her only child.