Fans commented on how much Cory’s youngest daughter, Mila, resembles the father of two. 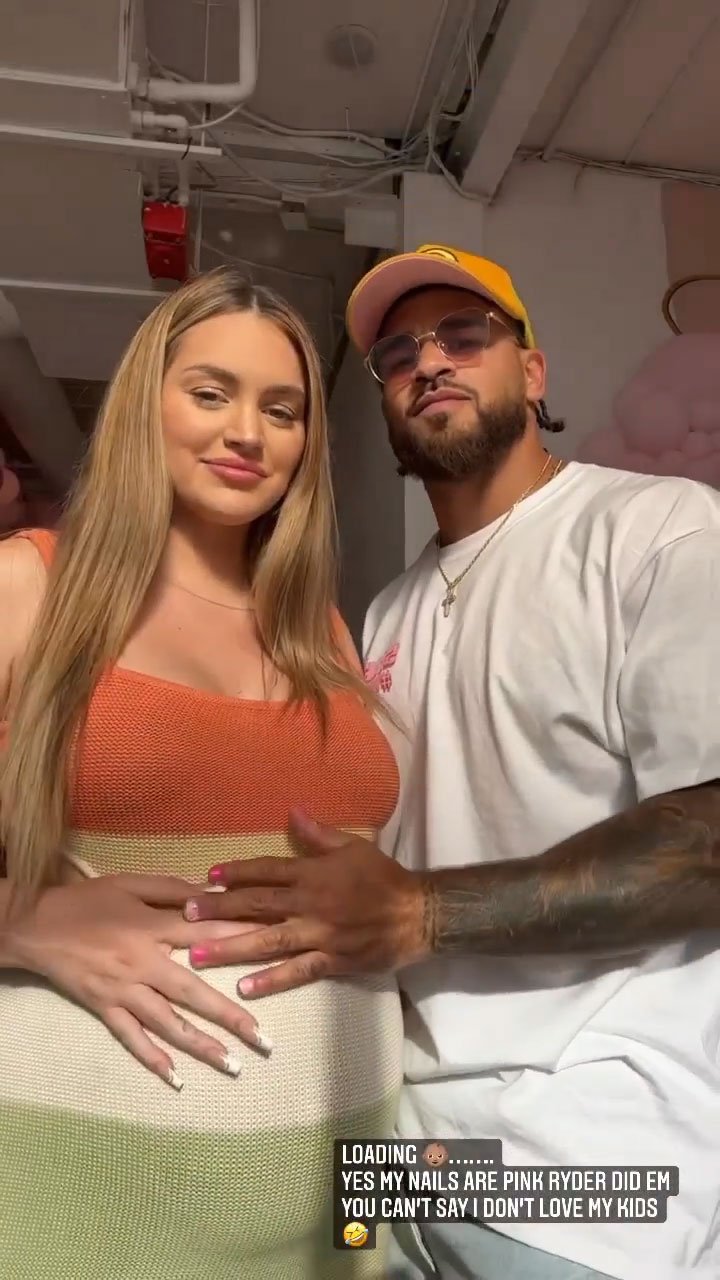 Cory and pregnant girlfriend Taylor showed off her big bump weeks before the due dateCredit: Instagram/@corywharton_ig

Cory, 31, used the Instagram post to proclaim his appreciation of mothers as well as issue a not-so-subtle advertisement for flowers.

In the photo, Cory’s “very” pregnant girlfriend Taylor, 27, holds Ryder with one hand while cradling her belly bump with the other.

Ryder is the MTV star’s oldest daughter from a previous relationship with Teen Mom Cheyenne Floyd.

The five-year-old is seen chomping down on a pastry held by laughing sister Mila, who sits on dad’s lap. 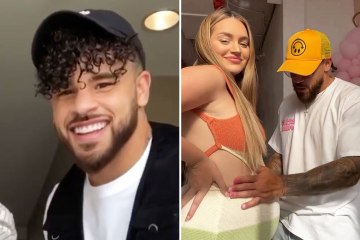 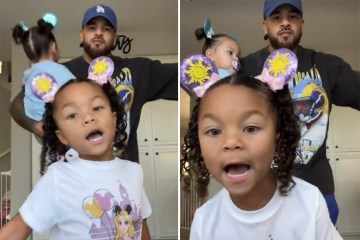 Cory captioned the photo: “This one goes out to all my supermoms out there I want to show my appreciation for motherhood and so should everyone else this Mother’s Day.”

While Cory was promoting mothers it was he and Mila’s likeness that had Teen Mom fans talking.

One fan commented: “Mila is your twin here!”

Another follower deliberated the nature of the photo stating, “I’m
pretty sure Cory & the girls are celebrating Mother’s Day with Taylor a little bit early since Ryder will be with Cheyenne & Zac for Mother’s Day.”

Others were more interested in the newest addition to the family as one person commented: “I don’t know about anybody else, but I’m still wondering what baby number three is???”

A second like-minded follower agreed: “Does anyone know what #3 is or is it a secret until she has the baby?”

The couple has continued to play coy when it comes to the details of the newest Wharton.

In the video, Ryder released a party popper to reveal the baby’s gender.

The poll that accompanied the video asked: “What do you think we are having for baby #3?”

But before any such revelation could be announced the video cuts to Cory who had his own message for the fans.

“Yessir, good old tease,” he stated behind a mischievous grin.

He then continued, “We’ll see man,” Cory continued. “I might not even tell you guys until we have it”.

Though the couple seems to want to hide the gender of their new baby, Taylor Selfridge has no way of hiding that she’s having it.

During a family outing to Disneyland, the soon-to-be mother of two posted several photos with her baby bump on full display.

Her baby bump was front and center under a light green shirt.

After showing off her bump, the 27-year-old posted even more photos and videos of their children having a great time.

They hung out with their grandparents, wore Mickey Mouse ears, danced during a parade, and met Chip & Dale.

She ended the day with a post of the four of them in front of the castle. 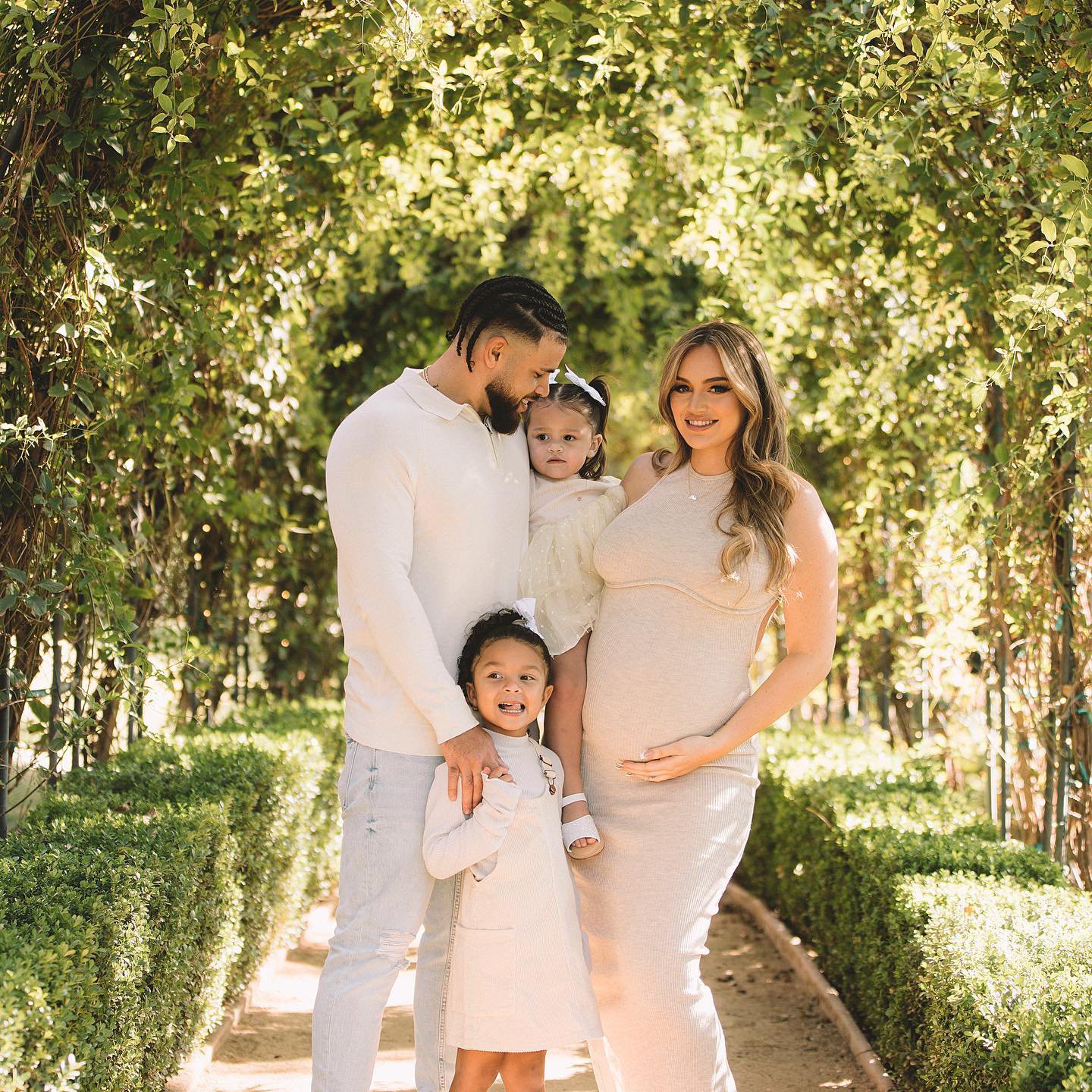 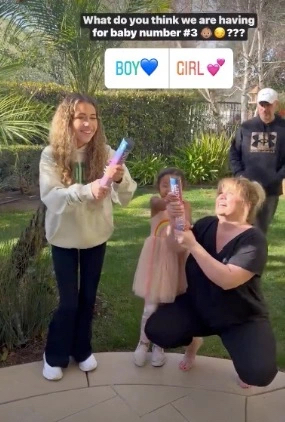 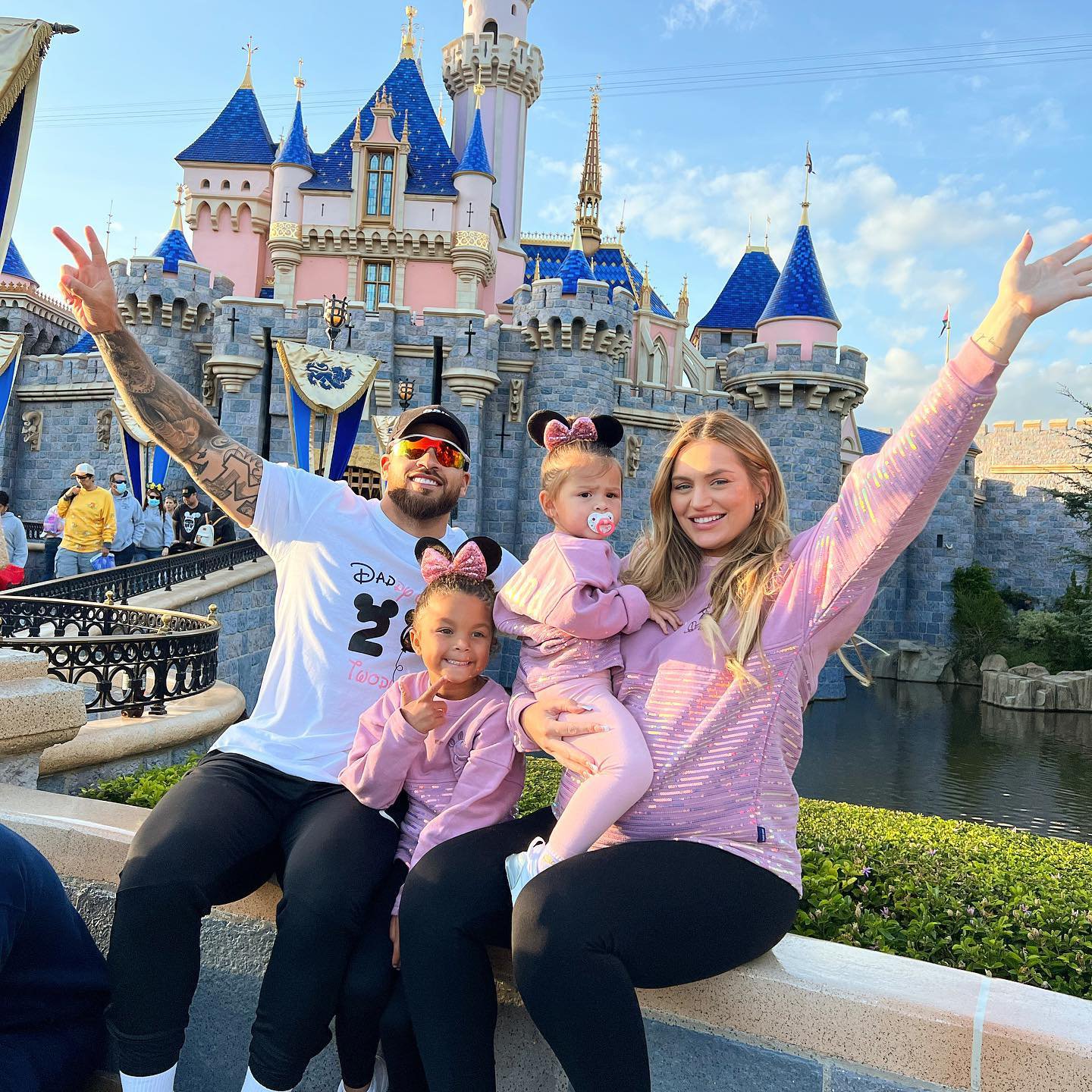