SHE is one of the world’s biggest pop stars – talented, beautiful and successful beyond my wildest dreams. I even like her music.

But if Taylor Swift asked me out on a date tomorrow, I’d politely tell her I was ­terribly busy — and promptly join the French Foreign Legion and race to the other side of the world. 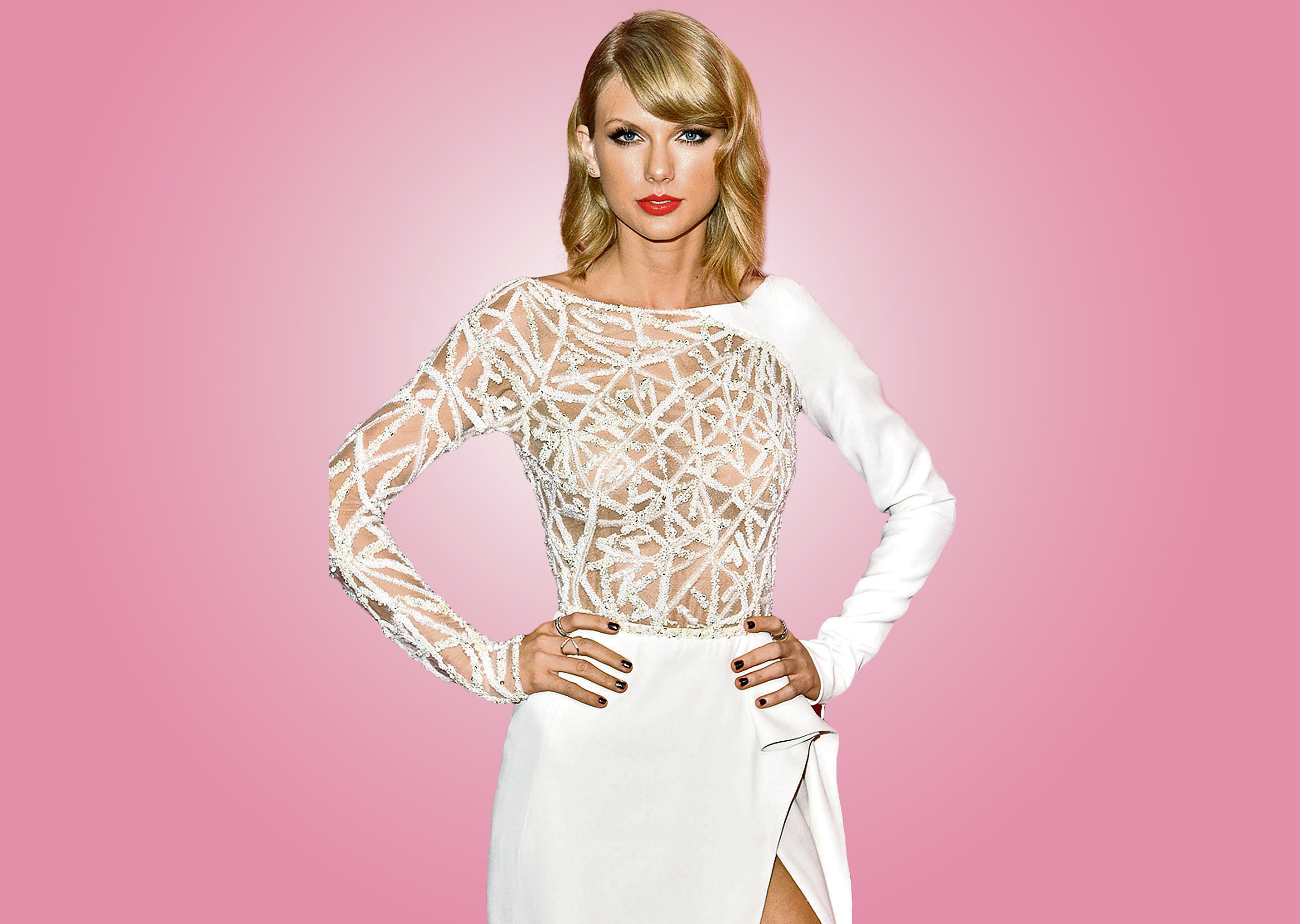 Taylor Swift is one of the world’s biggest pop starsCredit: Getty Images – Getty 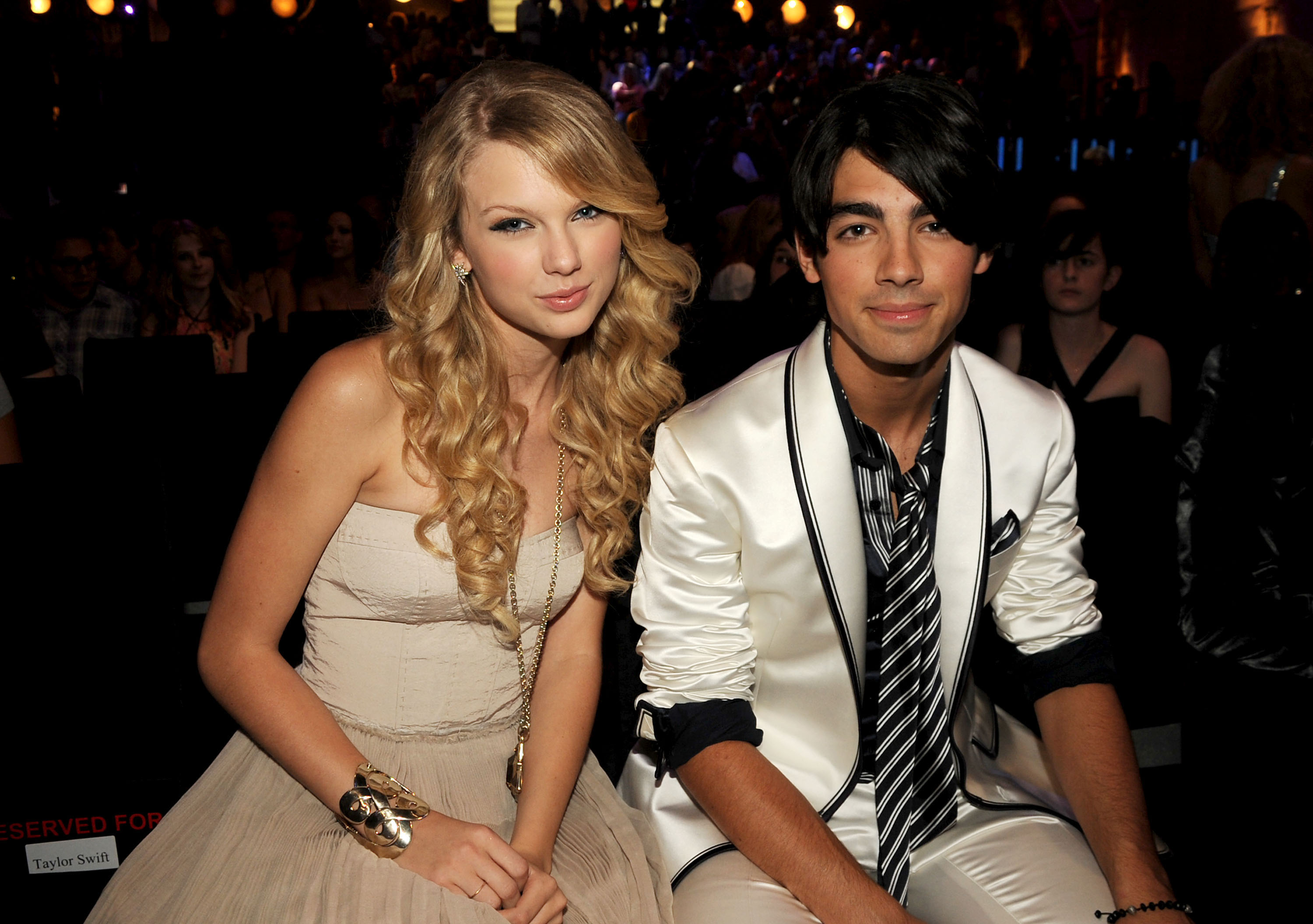 The singer has taken aim at ‘cruel’ ex Joe Jonas on her new version of FearlessCredit: Getty – Contributor

Her latest album, which documents some of her heartbreaks and lost loves, features seven new tracks she describes as “from the vault” — penned before she found happiness with British actor Joe Alwyn, 30.

And she doesn’t hold back. There is speculation pop hunk Joe Jonas, who she dated in 2008, is among those in the firing line of her cutting lyrics, labelling him “cruel” and ­“insincere” in track Mr Perfectly Fine.

“He goes about his day, forgets he ever even heard my name. Well, I thought you might be different than the rest, I guess you’re all the same. 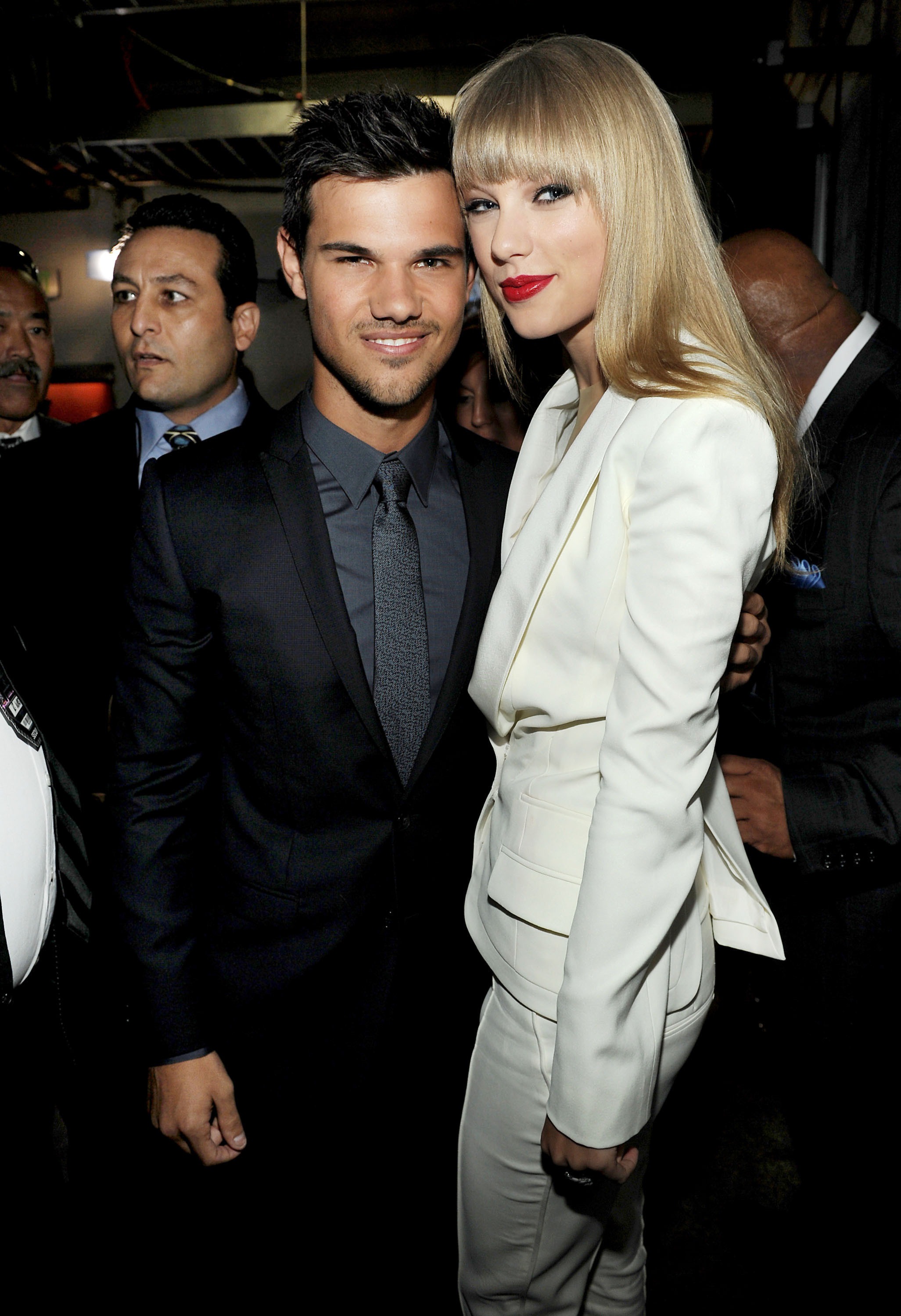 “And I never got past what you put me through. But it’s wonderful to see that it never phased you.”

Fans noted that Taylor uses the word “Mr” 27 times during the track in an apparent nod to the length of the brief conversation.

But as she teased the track yesterday ahead of the album’s release today, Joe’s wife Sophie Turner of Game Of Thrones fame appeared to like the song, posting on social media: “It’s not NOT a bop.”

The new tracks are on the re-recorded version of her 2008 album Fearless, which catapulted her to pop superstardom with singles including Love Story and You Belong To Me.

After a bitter wrangle with music mogul Scooter Braun, the manager behind stars such as Justin Bieber and Ariana Grande, Taylor has vowed to remake each of her first six studio albums in a bid to prevent him raking in royalties from her work.

The businessman acquired the rights to her master recordings in 2019 when he bought record label Big Machine, the firm where Taylor had launched her career. 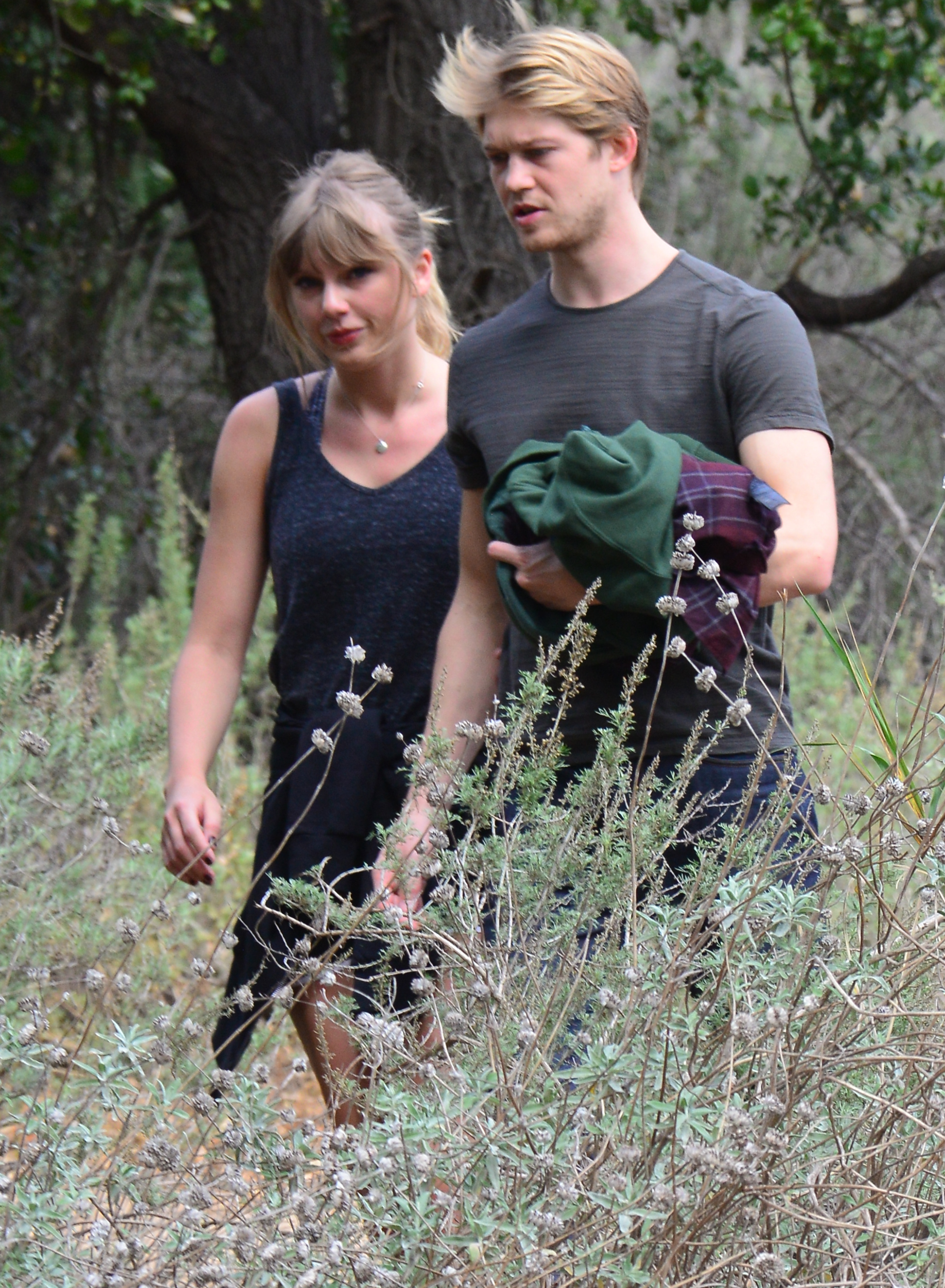 His acquisition granted him the royalties each time those tracks were played and used commercially.

This prompted Taylor’s furious bid to regain ownership of the albums by entering negotiations with Braun, who wanted her to sign a non-disclosure agreement promising to never criticise him again.

But as their dispute became increasingly bitter and public — with him later selling the tracks to an investment group for a reported £227million — the singer vowed to produce exact replicas of each record, subtitling each one Taylor’s Version so fans could enjoy her music without Braun profiting.

In a vicious attack, she labelled his acquisition an act of aggression which “stripped me of my life’s work” and accused him of “incessant, manipulative bullying”.

Fearless (Taylor’s Version) is the first completed collection, with new songs and artwork alongside older fan favourites — and a guest appearance from Australian rocker Keith Urban, husband of Nicole Kidman, who Taylor says helped launch and inspire her career.

And the release is likely to start a fresh guessing game among fans over the intended target of the lyrics, which all appear to centre around her heartbreaks and love splits.

It is not known exactly when each track was penned, but former love interests earlier on in her career included Jonas in 2008, Twilight actor Taylor Lautner in 2009 and rocker John Mayer who she dated from 2009 until 2010 in what later became a messy split.

She later enjoyed romances with Calvin Harris, Tom Hiddleston, Jake Gyllenhaal and Harry Styles — though the songs were all written before that period. 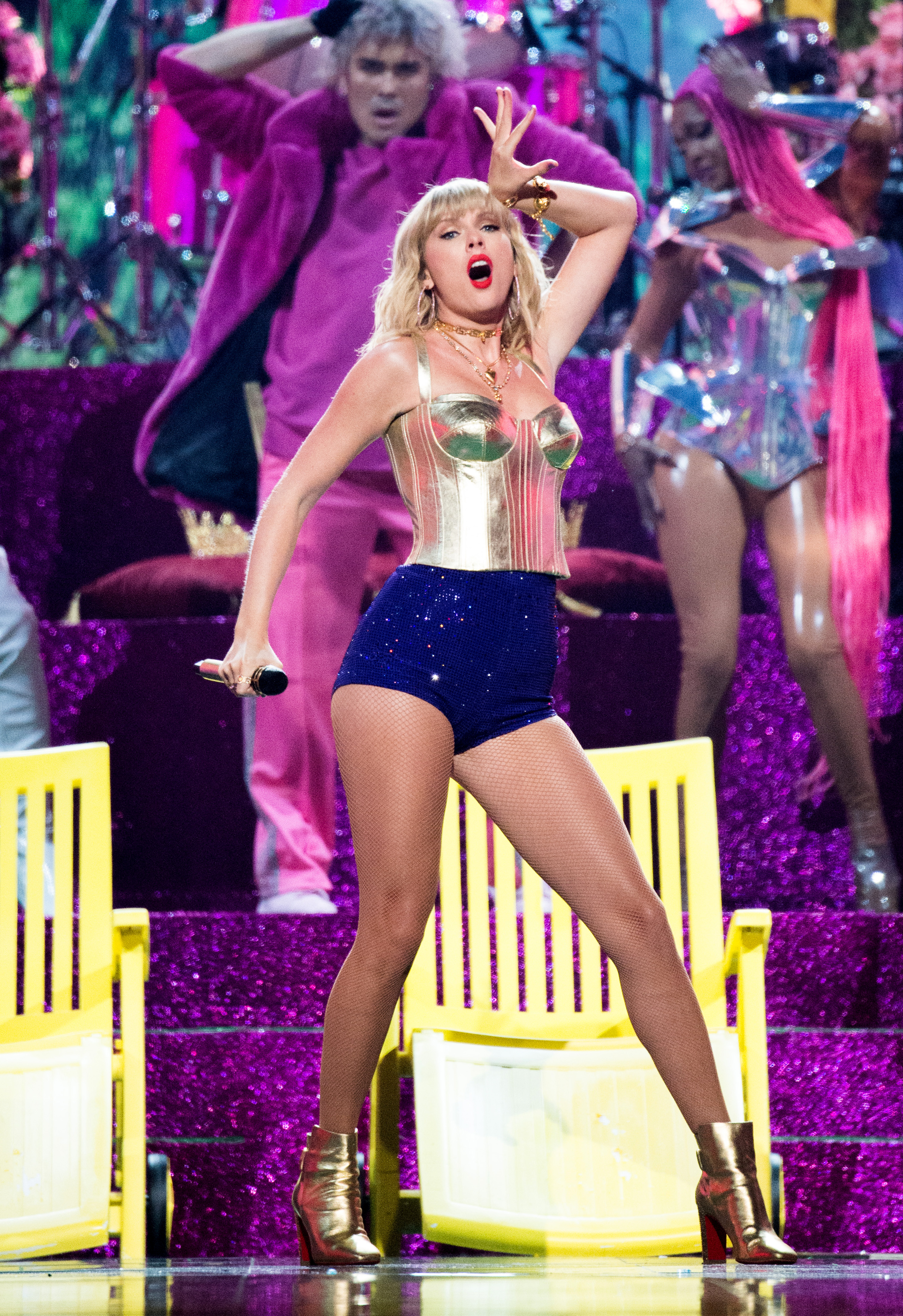 And after listening to early preview clips, fans quickly speculated that her subsequent re-recorded albums are likely to include brutal new swipes at each of her other ex-loves as she delves through her archive of unreleased songs.

Other lyrics are decidedly racy for a usually clean-cut star, see right.
In lovesick Bye Bye Baby, Taylor sings: “I guess you could say, this is the last time I’ll drive this way.

“Lost in the grey and I try to grab at the fray — because I still love you but I can’t.

“The picture frame is empty, on the dresser, vacant, just like me.” 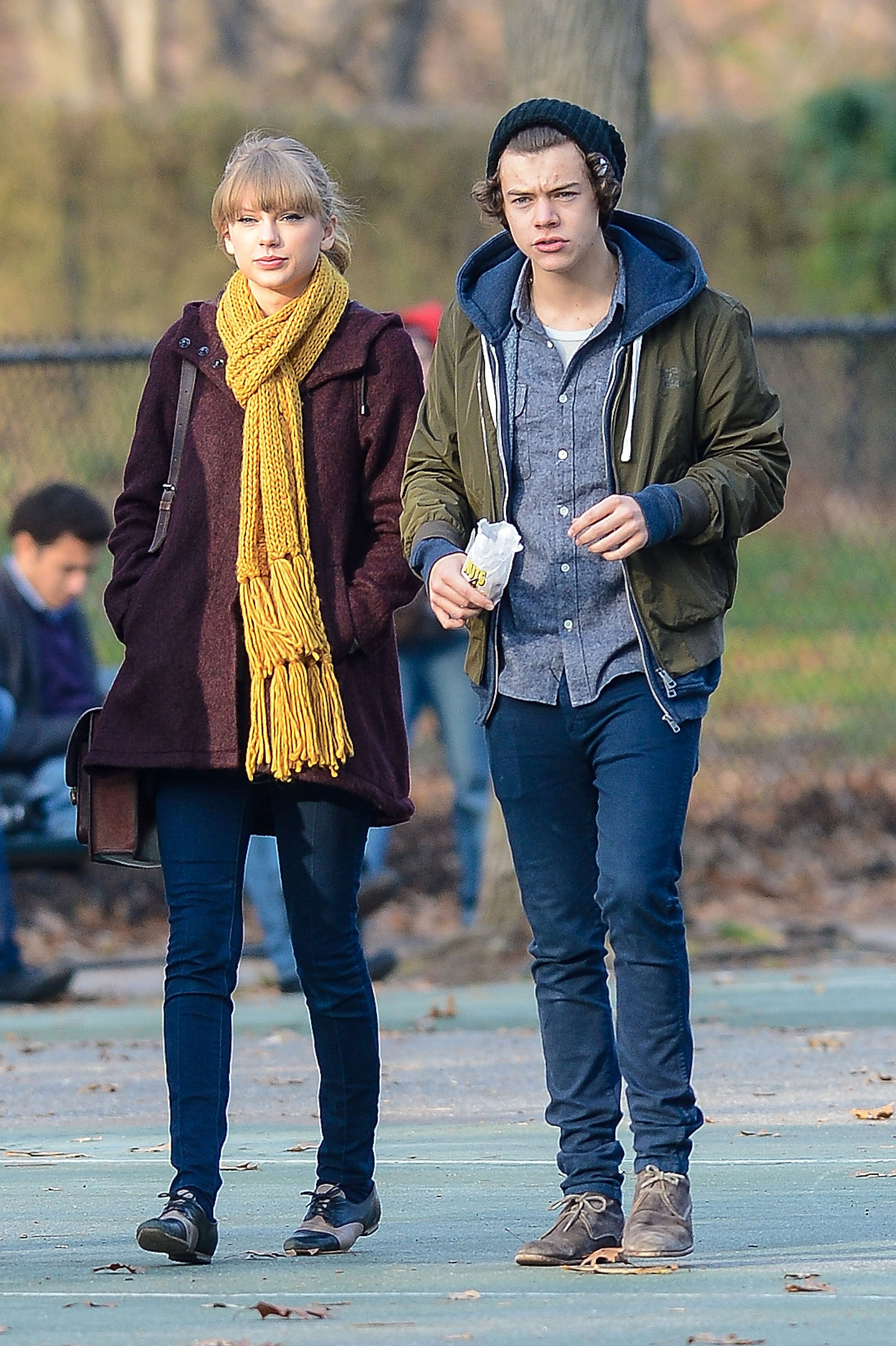 Other tracks tell tales of falling in and out of love, as she sings: “The best and worst day of June was the one that I met you.

“With your hands in your pockets, and your ‘don’t you wish you had me’ grin. But I did, so I smiled, and I melted like a child.

“Now every breath of air I breathe reminds me of then.”

A final track ends: “I want you bad but it’s come down to nothing. And all I have is your sympathy — you took me home, but you just couldn’t keep me.”

But one new song added to the original album — Today Was A Fairytale — tells the upbeat story of a magical date, thought to have been inspired by her short-lived romance with Taylor Lautner.

The two dated around the time it was written, and the track featured in 2010 rom-com Valentine’s Day but had not previously appeared on an album.

Since 2016 Taylor has been loved-up with British actor Joe Alwyn, who she was introduced to by pals.

The Sun told recently how they are currently living together in a smart enclave of North London after moving in during lockdown. 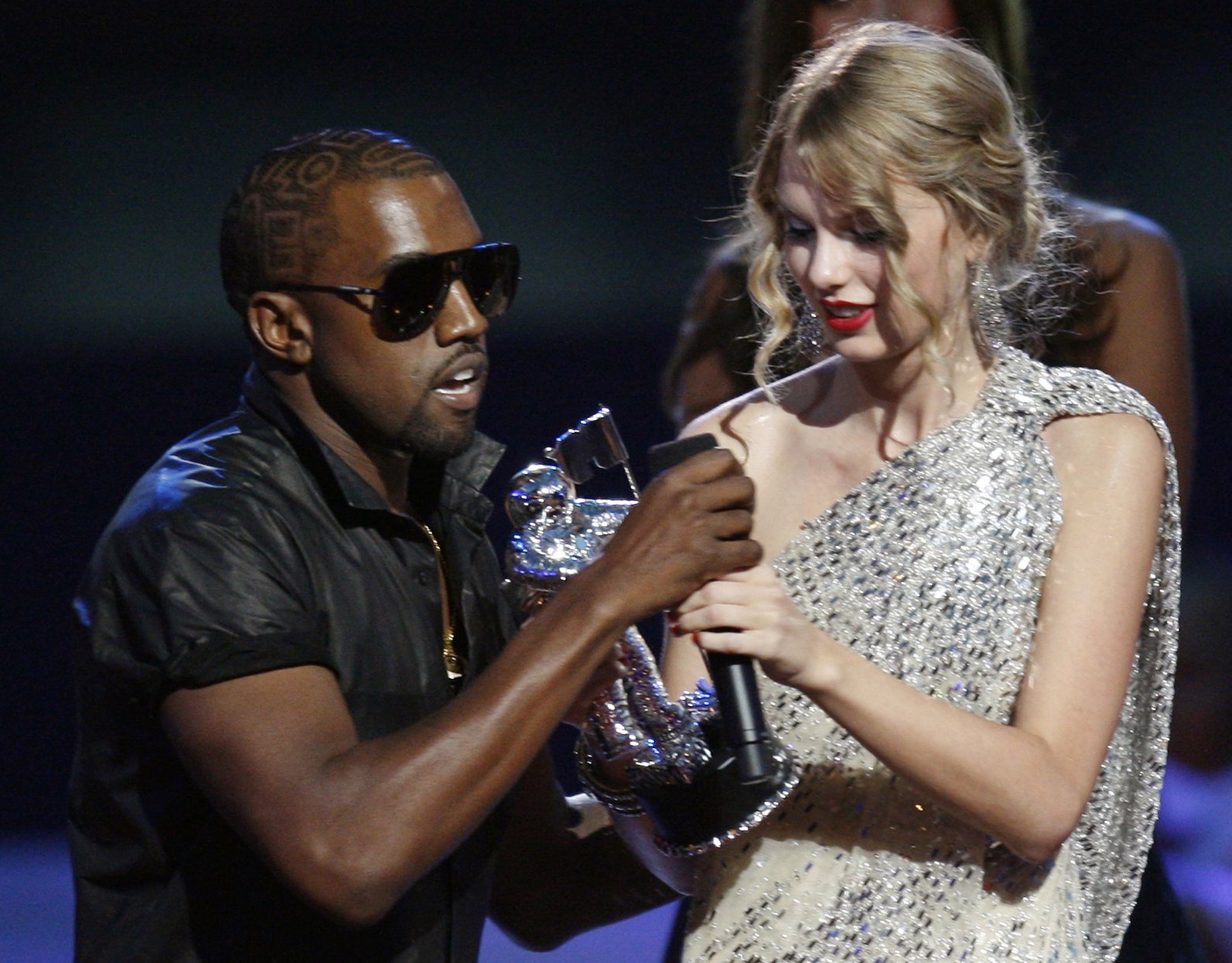 Her more recent songwriting has frequently gushed about their romance, with Joe also appearing as an anonymous co-writer under a pseudonym on two tracks from her album Folklore.

But she retains a reputation for using her music to settle old scores — having previously taken aim at rivals Katy Perry, Kim Kardashian and Kanye West.

On his 2016 track Famous, rapper West shockingly suggested: “I feel like me and Taylor might have sex, I made that bitch famous.”

She hit back on her Reputation album later that year in the lyrics to the track Look What You Made Me Do. 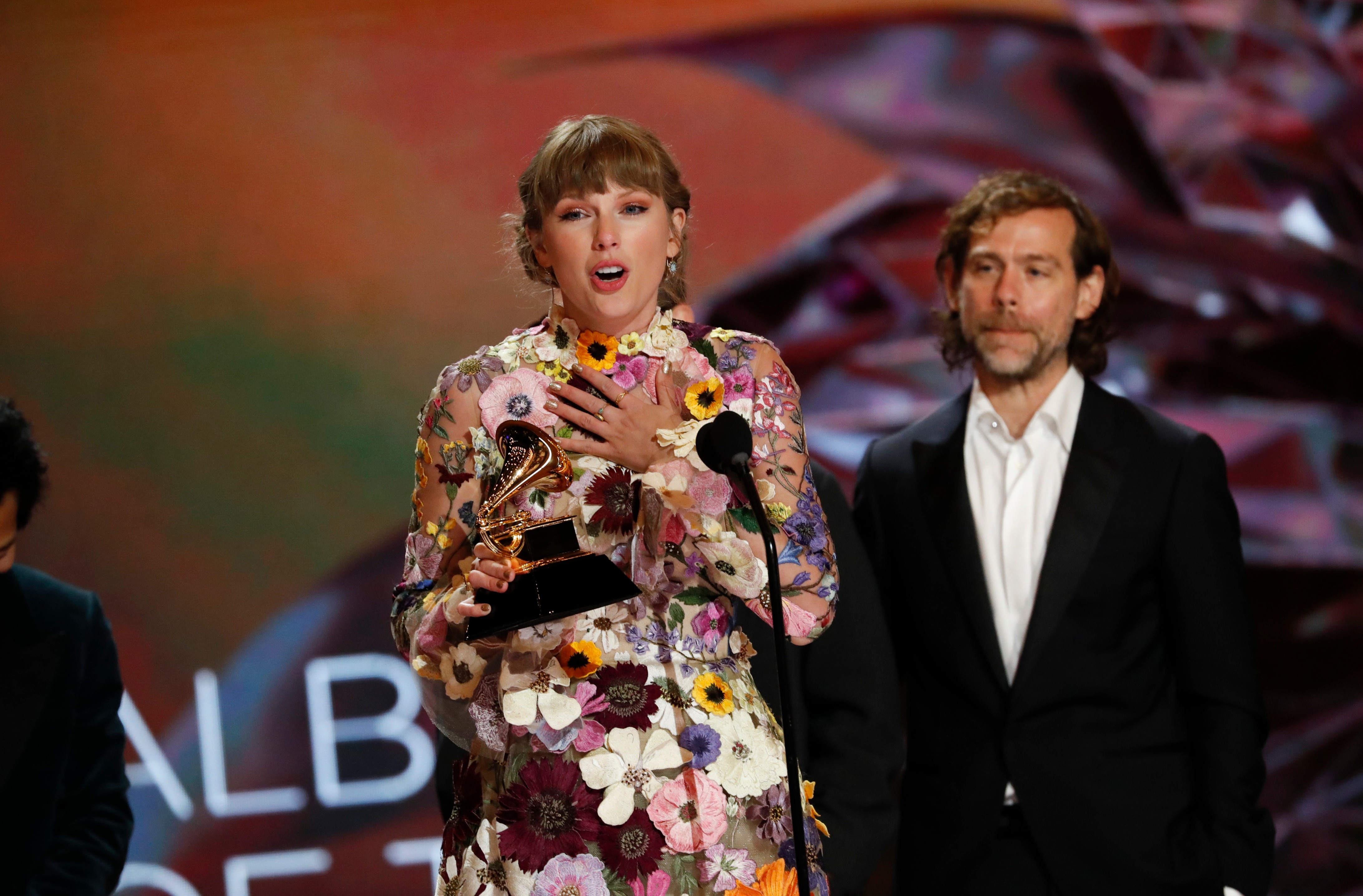 Taylor took home the award for Album of The Year at the 2021 GrammysCredit: Getty Images – Getty

Fans thought the layers of text on the album’s artwork mimicked West’s cover for The Life Of Pablo — and a teaser video for the album featured a snake, which was interpreted as a dig at Kim.

As Taylor previously put it in an interview with MTV: “If they don’t want me to write bad songs about them, they shouldn’t do bad things.”

She’s still brilliant, talented and beautiful, but that’s a warning well worth heeding. 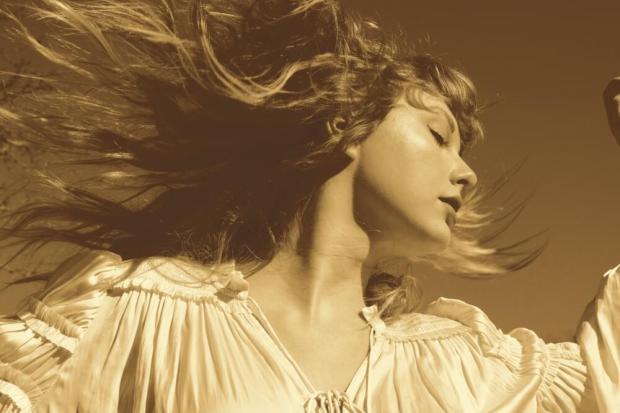 BEFORE we get on to the bitter lyrics, this is brilliant pop.

The original Fearless earned itself the distinction of becoming the most awarded country album of all time, and the additional tracks here don’t look out of place.

What this endeavour really reveals is the astonishing depth of Taylor’s songwriting – and if this From The Vault selection is a sign of things to follow, she must be sitting on a vast archive of material, much of it ­doubling up as therapy and a brutal memoir of her formative years.

And she certainly has a gift for a ruthless character assassination, as perfectly demonstrated in Mr Perfectly Fine’s assessment of her toxic split from Joe Jonas.

It’s a proven formula that heartache anthems sound good and connect with fans – and that’s certainly the case with these From The Vault songs.

Though it does raise questions over whether or not she needed to release them, having now found happiness in a solid relationship of nearly five years – and given that Jonas is now married.

Fortunately, his wife Sophie Turner saw the funny side.

The seven tracks transport you to a sleepy bar in the Southern US states, where Taylor – alone with just a microphone and guitar – could easily be on stage pouring her heart out to a handful of boozers.

The first of the new tracks, You All Over Me, is a nice, slow, dance-esque song despite some attention- grabbing lyrics, including “ ’Cause no amount of freedom gets you clean. I’ve still got you all over me”, which leaves us feeling clean-cut Taylor has a secret, raunchier side.

The pace picks up in the stand-out song Mr Perfectly Fine, which feels like we’ve heard it before, though we haven’t.

It’s brilliant and I’m surprised it was never released originally. And We Were Happy does give the feeling that Taylor wasn’t always completely sad, reminiscing about better times.

Keith Urban’s inclusion in That’s When is welcome and complements her voice as they descend into the catchy duet.

Don’t You and Bye Bye Baby have that end-of-album feel to them but are listenable enough, and the latter is certainly catchy.

As a package, the 27-strong track list rarely falters – and a remixed version of the brilliant Love Story to conclude sums it up.

You can never have too much of a good thing.