The glamour of Kraków‘s interwar cafes and the clean functionalism of its mid-century modern cinemas informed Paradowski Studio’s renovation of the Puro Hotel.

Opened in 2013, the Stare Miasto hotel by Polish hotel brand Puro is located next to the city’s historic old town and spans 138 rooms alongside an extensive open-plan reception, lobby space and restaurant. 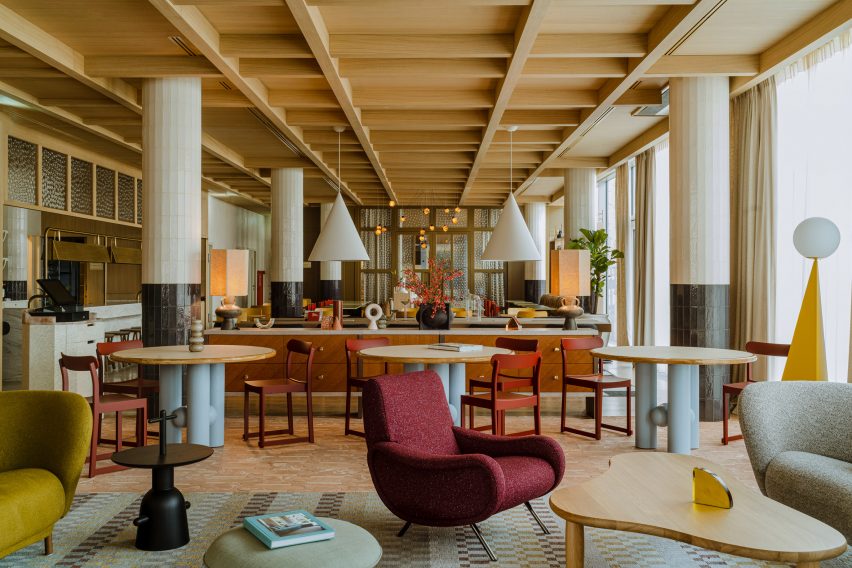 Local design office Paradowski Studio, run by Zuza and Piotr Paradowski, overhauled its interior by blending the “chic of a bygone Kraków” with contemporary details and craftsmanship.

In particular, the design was informed by the cafes and restaurants that flourished in the city between the first and second world war. 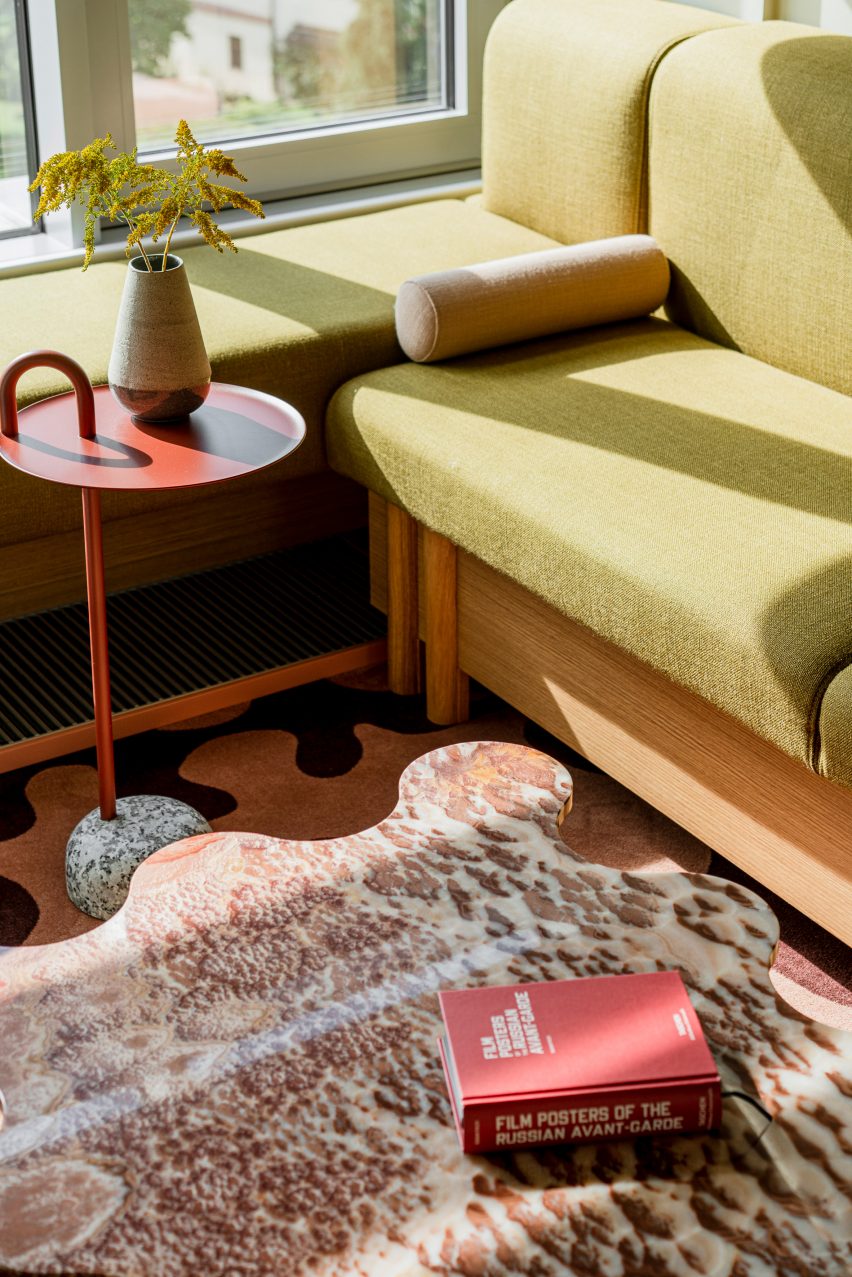 These venues, the duo explained, were glamorous destinations frequented by journalists, artists and intellectuals and “more or less fifty-fifty Polish and Jewish-owned”.

“We took inspiration from the layouts of the interwar places and how they combined restaurant, cafe and bar in one space,” Zuza Paradowska told Dezeen.

“The ground floor space at Puro can be easily changed from a day bar, cafe and bakery to a cosy night bar.” 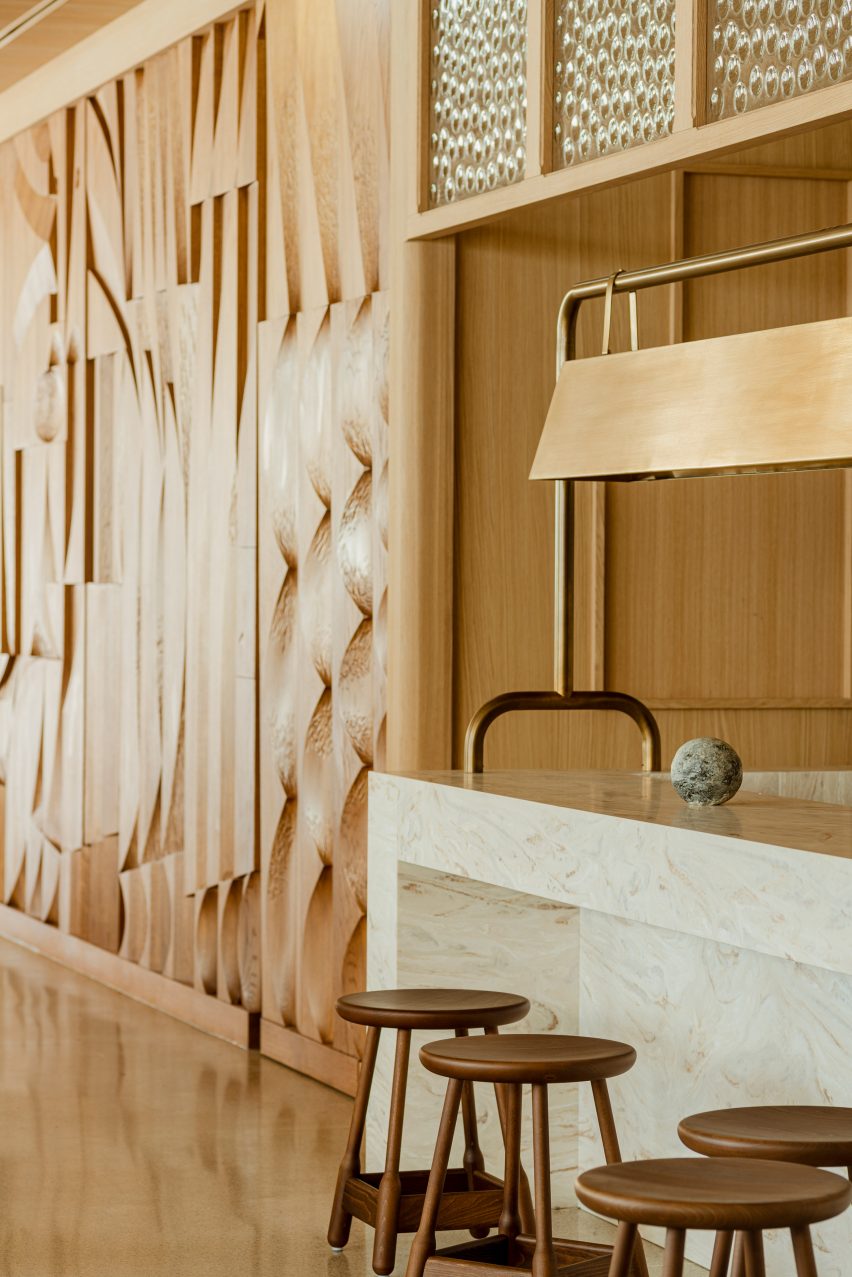 Due to world war two and the long period of communist rule that followed, very few examples of these venues survive in the city, so the studio looked for additional inspiration in local mid-century architecture and interiors.

“There are some great examples of 1950s and 60s interiors in the city,” Paradowska explained. “These include Hotel Cracovia and Hotel Forum – neither of which are operating anymore, unfortunately – and Kino Kijów, a cinema which is still operating.”

“The generation of our parents hate socialist architecture and interior design as this is very related emotionally to the times,” continued Paradowska. “But you can see a big change in our generation. There is a lot of places getting renovated, we appreciate it and take it as a reference for our work.” 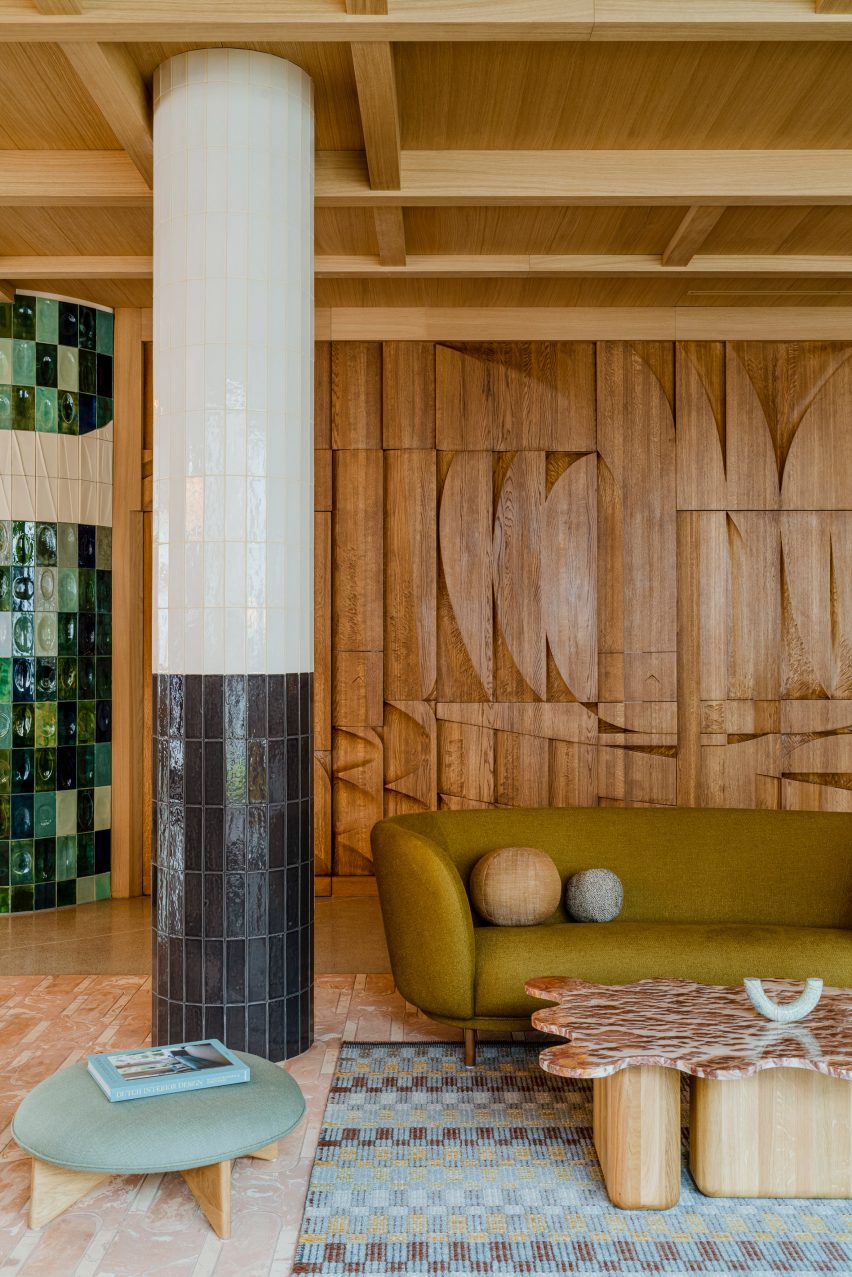 Decorative tiles line floors, pillars and wall throughout the lobby

Mid-century influences include a detailed mosaic in the open-plan lobby, which is informed by the modernist murals of the 1970s and designed by Paradowski Studio in collaboration with young artist Tomasz Opaliński.

A wooden bas-relief, which conceals three pairs of doors and a wall of ceramic tiles decorated using the sgraffito technique, was also a collaboration with Opaliński. 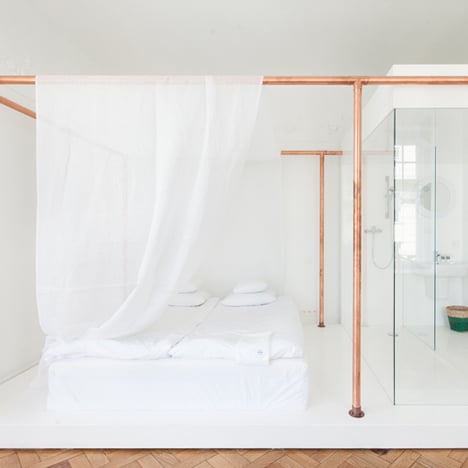 According to the studio, the spacious bar area and restaurant were designed to recall a functionalist 1960s school canteen.

Refined materials such as natural oak panelling and stone alongside Polish-made glass and ceramics are used throughout the hotel while pared-back furnishings sourced from all over Europe populate the lobby and guest rooms. 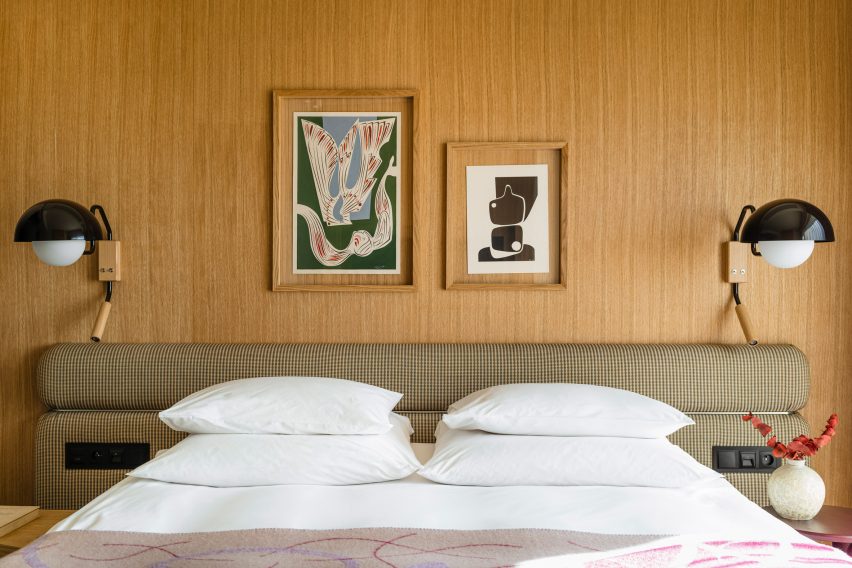 Guest rooms are panelled in wood

“With materials, we always want to use natural, and as much as possible handmade elements that are timeless and lasting,” said Paradowska.

“Again, we take a lot from the past. We always observe how oak, natural stone, hand-made glass and ceramics age beautifully and you can see a human hand on it.” 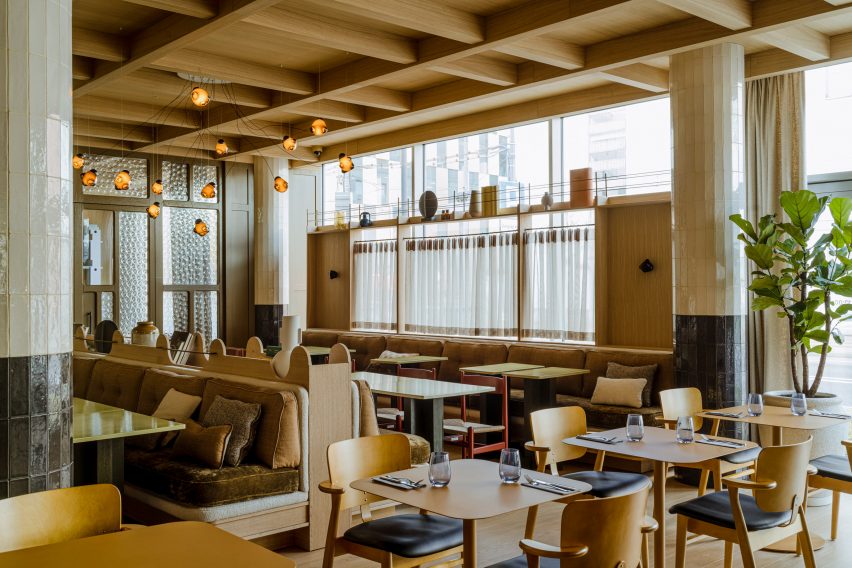 The hotel’s restaurant is open to the lobby

In addition to the interior renovation, the hotel’s art collection has been updated to include artworks by artists with close ties to Kraków’s creative community.

Abstract paintings, collage and photography by local artists including Tomasz Baran, Małgorzata Malwina Niespodziewana and Tomasz Wiech, are displayed on the walls of the lobby, hallways and recreational spaces. 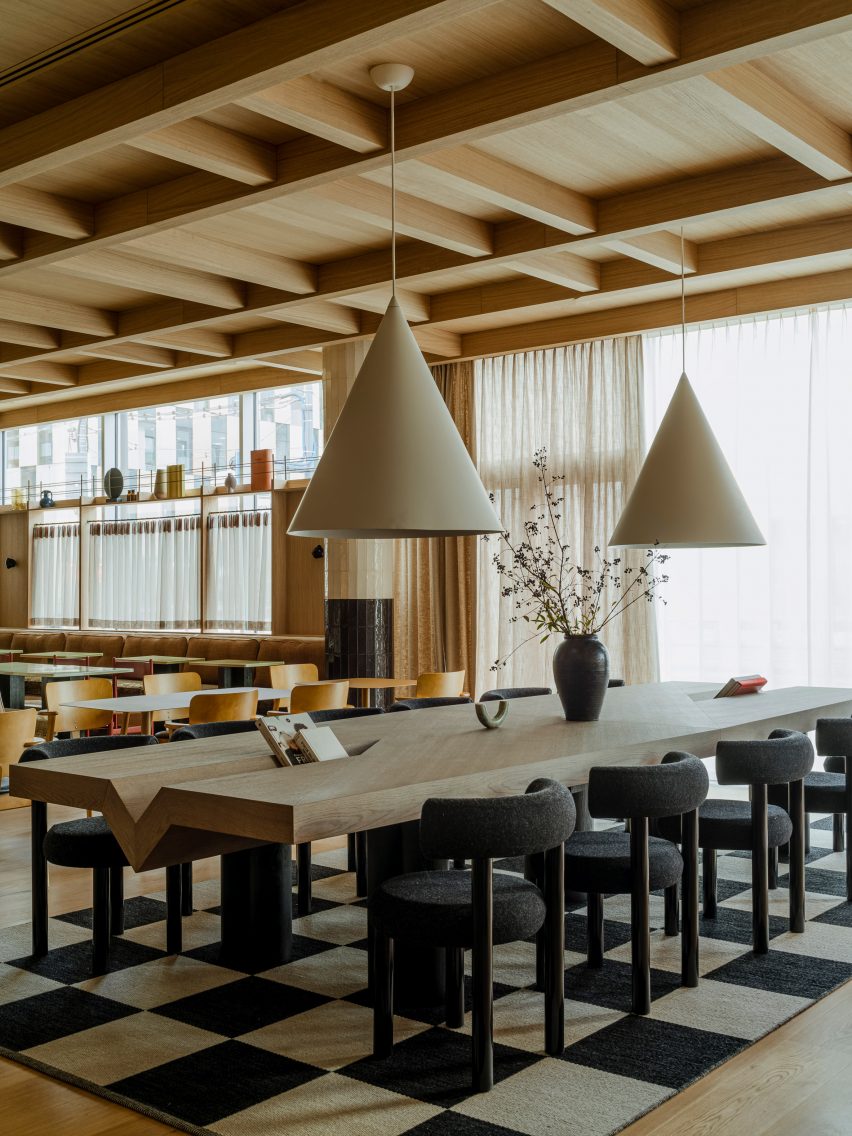 Other Puro hotels include an outpost in Gdansk, where London-based studio DeSalleFlint created an interior that subtly nods to the shipyards and ruined grain stores that dot the local shoreline.