STRICTLY Come Dancing fans were left outraged this evening as Ranvir Singh and Giovanni Pernice were sent home – narrowly missing out on a spot in next weekend’s final.

The 43-year-old star landed in the dance-off against Made In Chelsea’s Jamie Laing, who survived the bottom two for a fourth time. 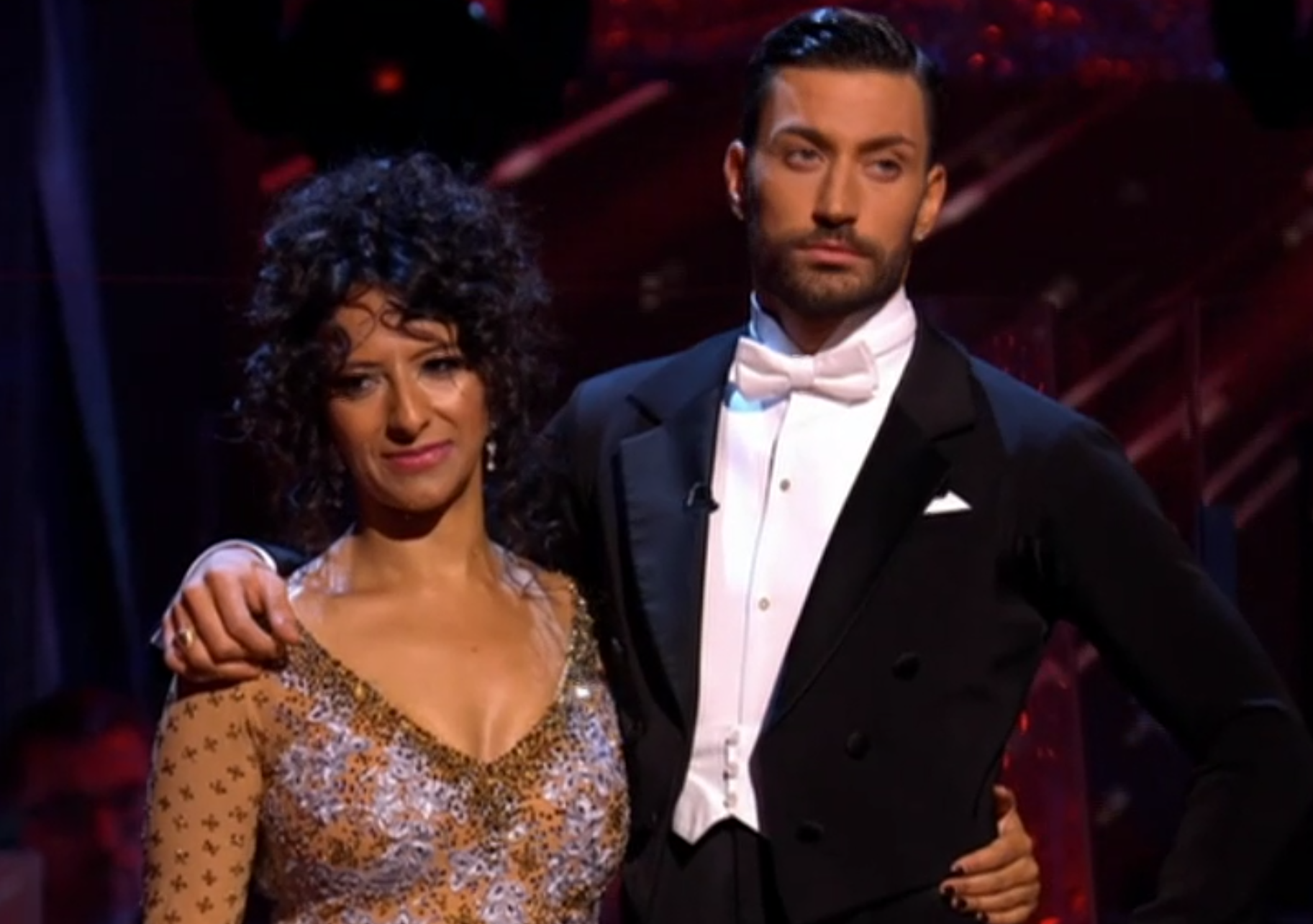 Ranvir and Giovanni performed their romantic Waltz for a second time, with Jamie and his partner Karen Hauer opting to take to the dance floor with their Salsa.

Judges were torn on who to save, with the final decision falling on head judge Shirley Ballas after Craig Revel-Horwood sent Ranvir home and Motsi Mabuse Jamie.

Appearing hesitant, Craig said: “Well one of course did an explosive fabulous Salsa, the other couple did a dreamy delicious, gorgeous waltz.

“I think both couples couldn’t have danced those dances better than they did tonight, it was incredible and I want to see both of you in the final. I’d like to save Jamie and Karen.” 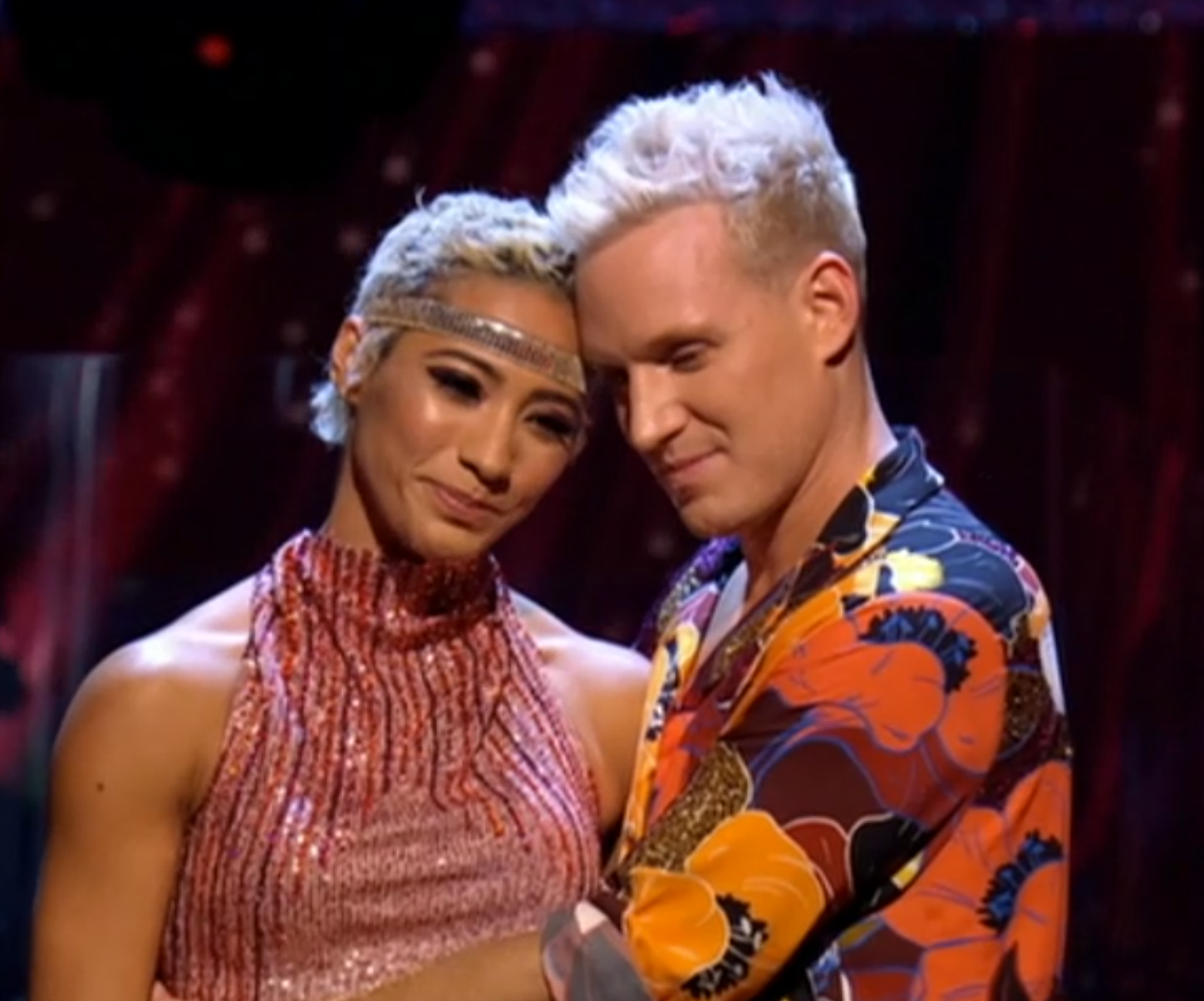 Jamie survived the dance off for the fourth time

Motsi argued: “Well this was really one tough decision, we had two beautiful dances, two beautiful human beings and I will save Ranvir and Giovanni.”

Casting the deciding vote, Shirley got visibly emotional as she told the stars: “This is very difficult because I’ve grown to love both couples. I’m getting quite emotional now. Musicality, determination, conviction from both teams, they just gave their all.

“But I just feel that one couple had a little more determination, a little bit more: ‘I’m not leaving without that trophy’ and with that in mind I’m saving Jamie and Karen.”

Ranvir paid gushing tribute to Giovanni as she bowed out of the competition, with romance rumours circling the pair for weeks. 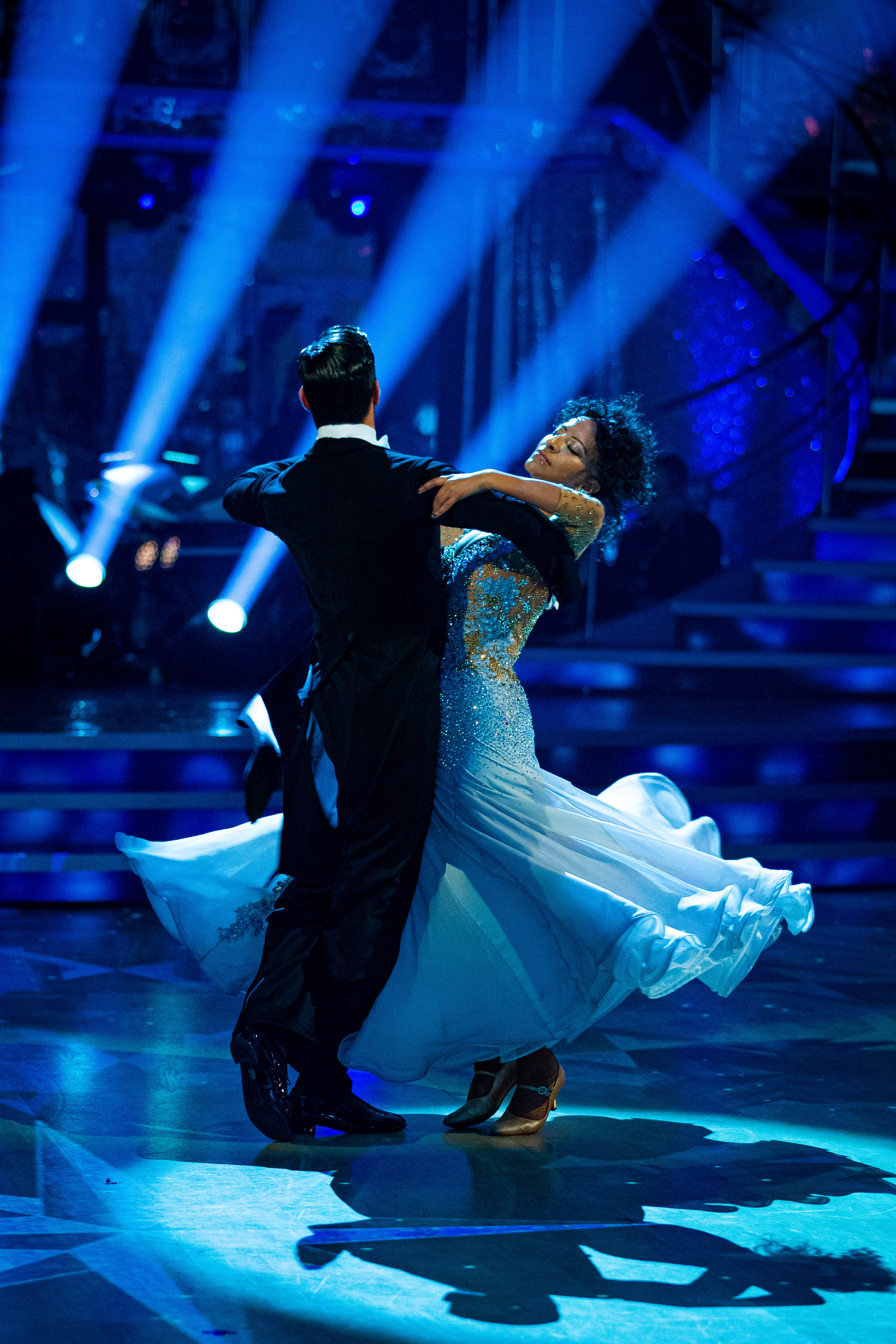 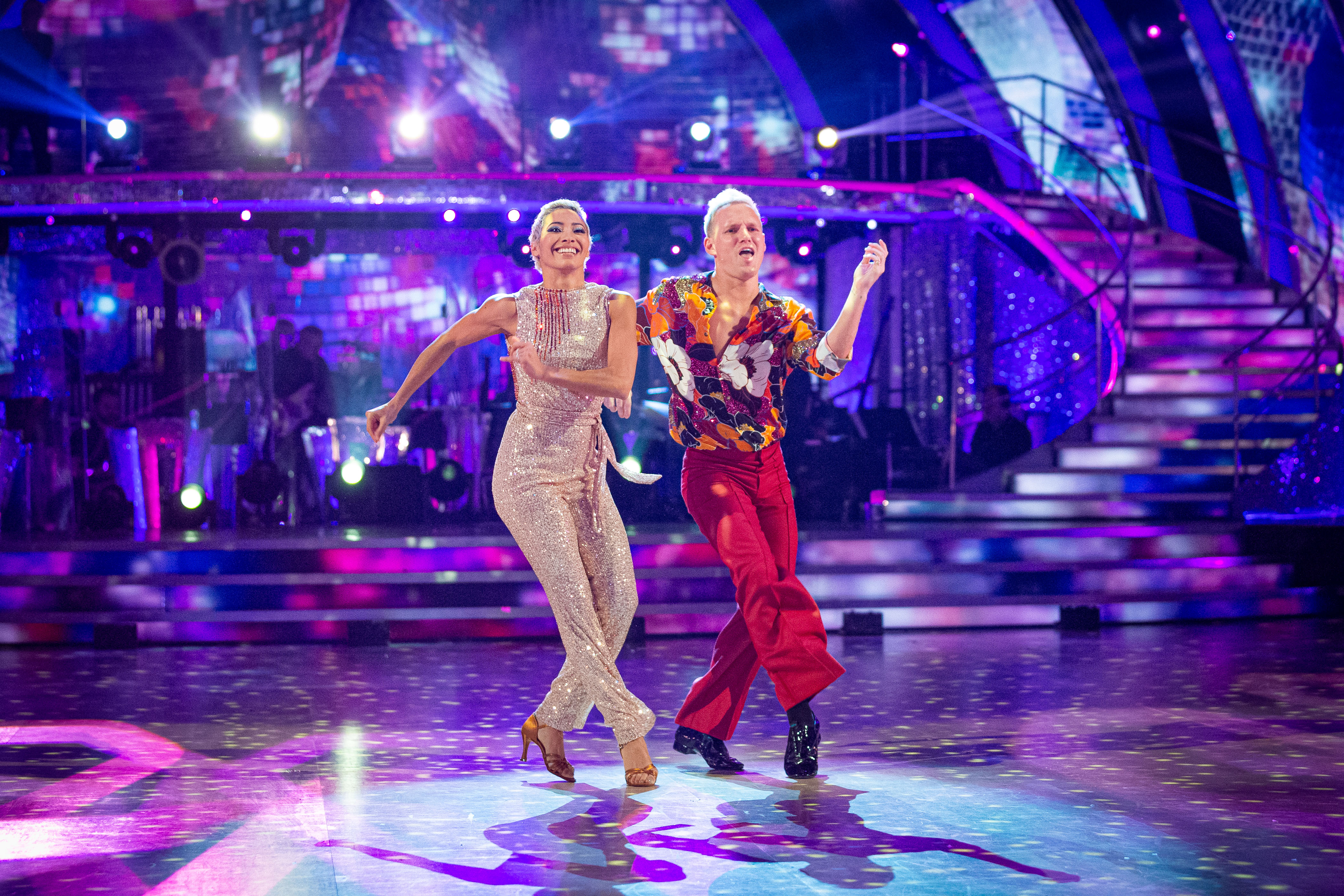 But Jamie and Karen’s Salsa swayed the voteCredit: BBC

She told host Tess Daly: “I’m just really sorry for him [Gio], he’s worked so hard and been in so many finals that I’m really sorry I couldn’t do it for you. Sorry.

“We’ve had some really fantastic memorable moments and I know I couldn’t have got this far without you.”

Giovanni reciprocated her affection as he replied: “You don’t have to be sorry at all, we’ve both worked very hard, you’ve been an absolute dream to work with.

“You are a true hero, your job at 3 o’clock in the morning then you come in the room and dance with me. More than anything you’ve grown as a person and this for me is the most rewarding thing that I could ask for, so well done to you.” 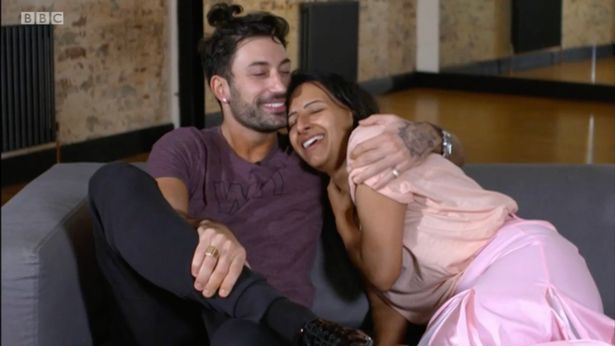 Ranir and Giovanni have grown incredibly close over the weeks

He added: “I’m really hoping from this experience you just feel a better person because you truly are an amazing person inside and out. Yes, you’ve grown as a dancer but more I hope you feel happier in your life because you deserve it.”

While Ranvir and Giovanni remained gracious about their exit, viewers at home were outraged that Jamie had been saved for a fourth time.

Flocking to Twitter, one angry fan seethed: “I’m sorry but Jamie gets saved after God knows how many dance offs… and Ranvir goes home after her first time there? Wrong decision!!!”

Another moaned: “Absolutely ridiculous that Jamie has been saved so many times in the dance off when he just isn’t that good.”

A third agreed: “Nah not here for that result, he’s been in 4 dance offs and Ranvir just the once, I know it’s based off the dance off alone but it just feels unfair.”

Jamie will now join Maisie Smith, Bill Bailey, and HRVY in next Saturday’s Strictly final, which kicks off at 6pm on BBCOne. 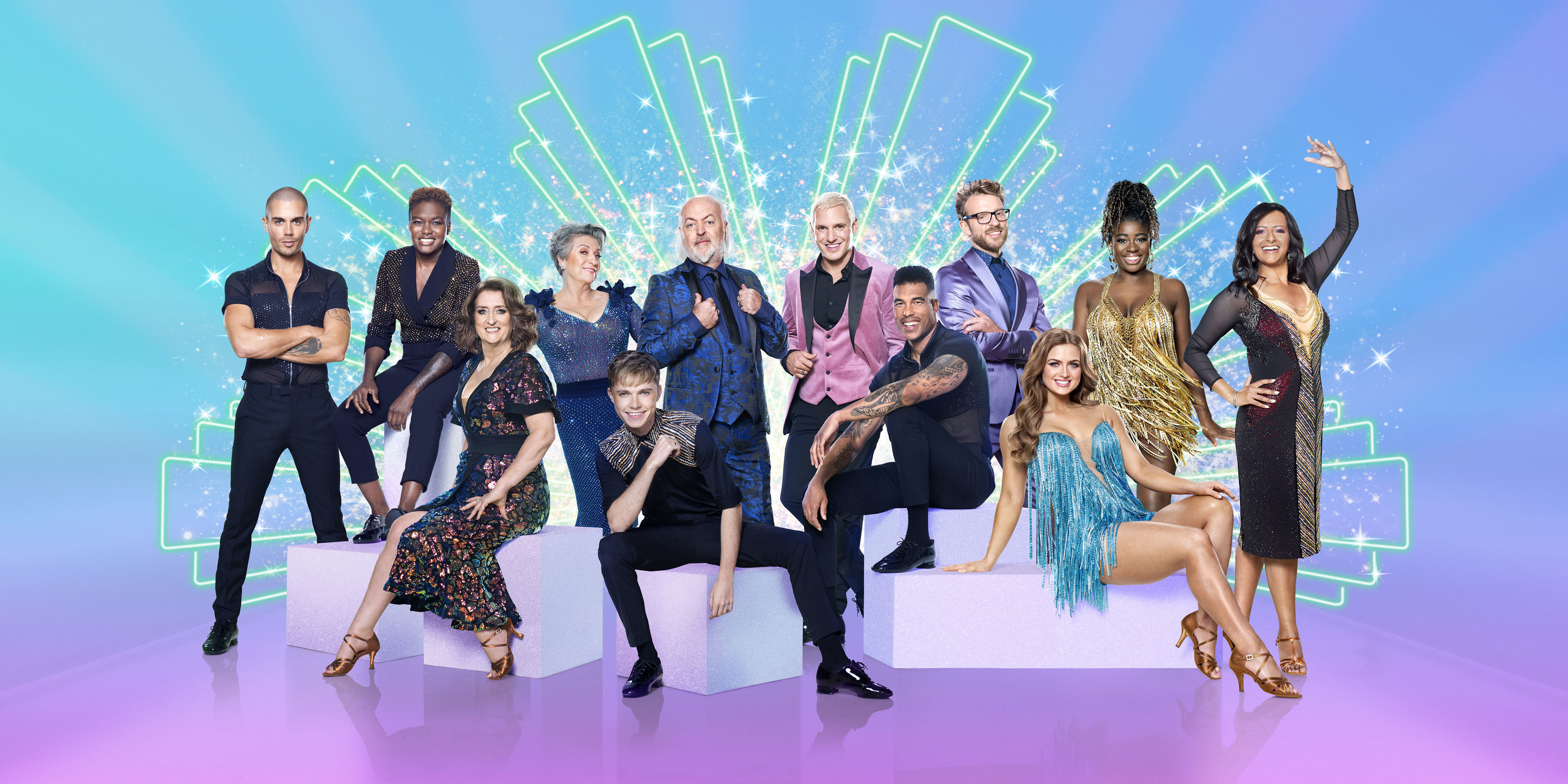 The Strictly final is next Saturday

Meanwhile, viewers are excited to see how Ranvir and Giovanni’s relationship blossoms, with the pair’s sizzling chemistry raising eyebrows since they were first paired together for the BBC One dance show.

Shirley previously commented on their “flirting and teasing” in the routines, and on Friday 31-year-old Giovanni shared a glimpse at their late night text messages.

Giovanni was even caught whispering “come on baby” to Ranvir as they danced together last weekend, with the private moment picked up by his microphone. 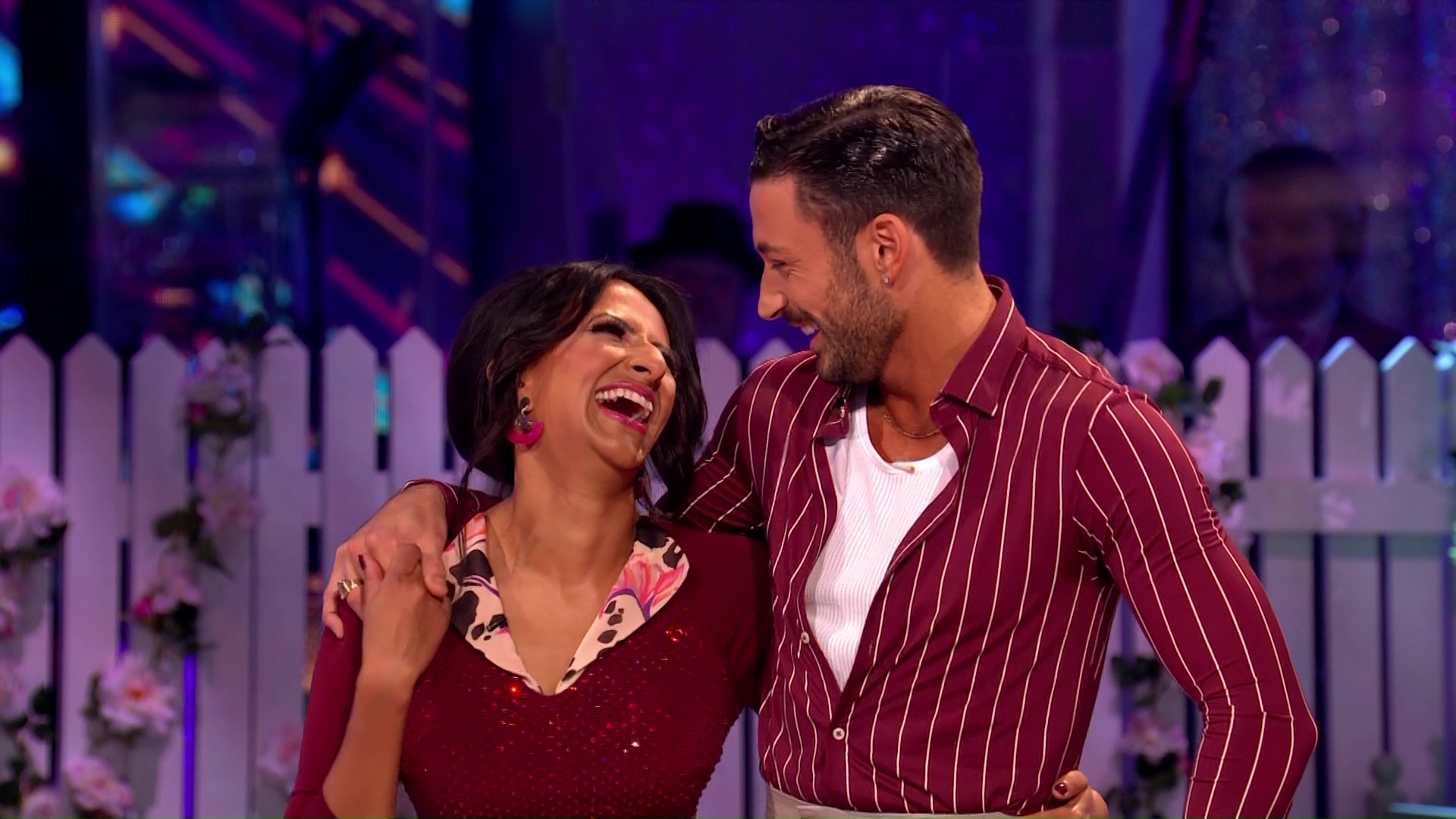 The pair’s sizzling chemistry has not gone unnoticed

But the duo also turn up the heat when they’re not performing, with Gio affectionately kissing his partner’s head while listening to the judges’ feedback, and calling her a “beautiful princess” on social media.

When she was first announced as a Strictly competitor, Ranvir admitted she’d be open to the show’s infamous curse, adding: “Well, I am single!”

Giovanni previously dated two Strictly contestants in Georgia May Foote and Pussycat Doll Ashley Roberts, who he broke up with in January.