JUST weeks after we revealed that the Spice Girls were in secret talks about a 2023 world tour, we can reveal that the foursome are piling pressure on Victoria Beckham to join them.

Baby Spice Emma Bunton, Scary Spice Mel B and Ginger Spice Geri Halliwell were spotted arriving at the Mandeville Hotel in London’s Marylebone for a meeting last month, with Mel C calling in by Zoom from the US.

The Spice Girls are piling pressure on Victoria Beckham to join them on their 2023 world tourCredit: Rex 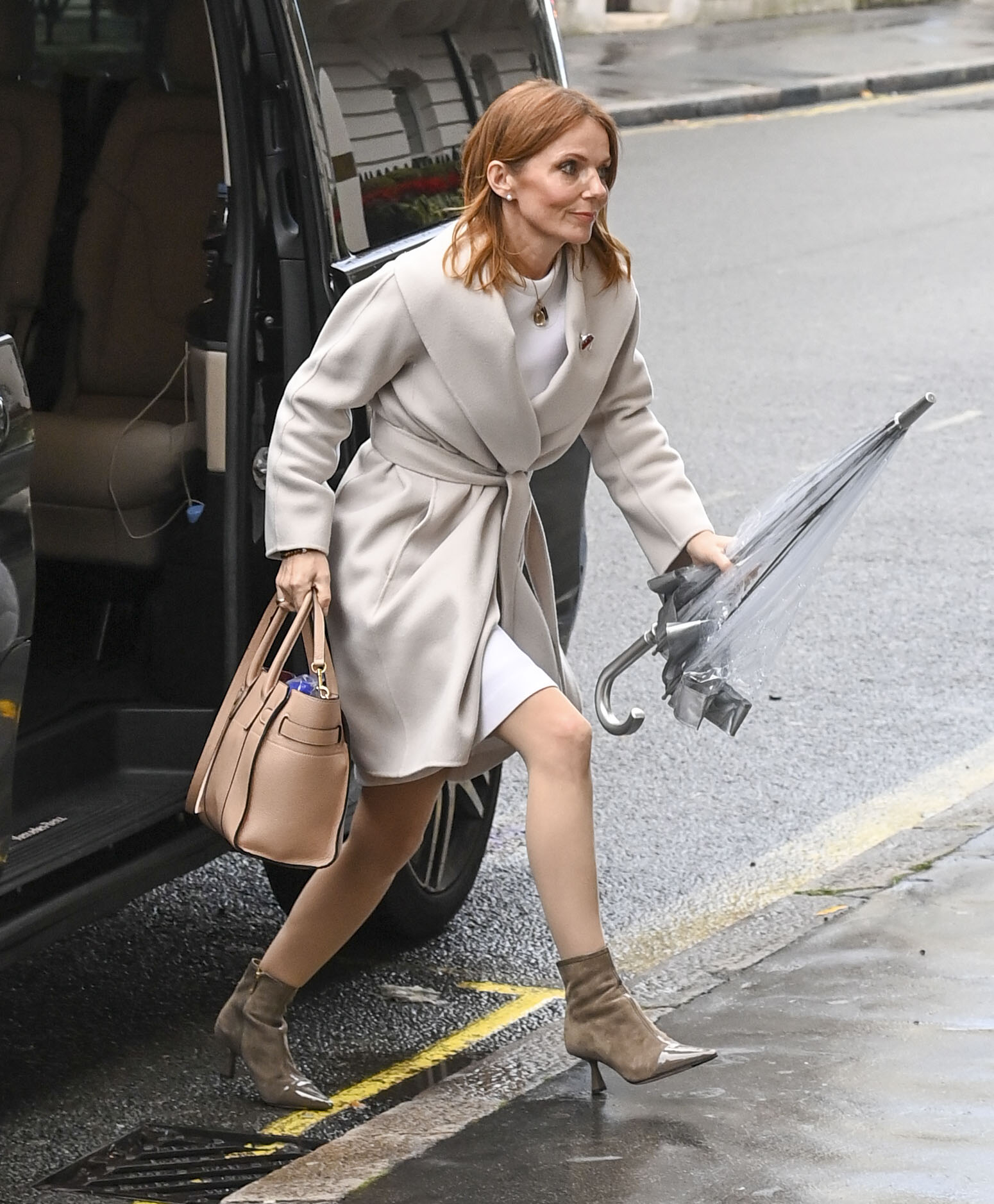 Geri Halliwell and the others were spotted arriving at the Mandeville Hotel in London’s Marylebone for a meeting last monthCredit: Simon Jones

Now Sporty Spice has revealed the women aren’t giving up hope of roping Posh in.

She said: “How can you be too busy to do a Spice Girls reunion?

“It is an interesting topic of conversation. Victoria didn’t want to get back on stage and we completely respect that.

Sporty went on: “Victoria gave us her blessing for the last tour.

“We do work on her. There’s lots of emotional blackmail. The shows in 2019 were so incredible.

“The reaction was great. We didn’t get out of the UK and Ireland and it’s a big old world out there. We have been lucky to do the US, but we have never done South America, Australia or South East Asia, which is insane.

“Hopefully Victoria feels as if we missed out and hopefully that will bring her back.

“Even if we do the shows, which we intend to do, we want to do more reunion shows when things are safer.

“If she decides not to join us then she is 100 per cent with us  – creatively she is there.

“Maybe she will be in the wings, but she would be dragged on.

“I think it was too difficult for her to watch and be in the audience.”

The group, who celebrated their 25th anniversary last month, performed their last world tour as a five-piece from 2007 to 2008.

But Victoria has been focused on her fashion business.

Speaking on the Zach Sang show in the US, Sporty Spice added: “The Spice Girls are bigger than any one member.

“It’s its own entity. It is wonderful to be part of that.”

We certainly hope they can twist Posh’s arm . . . 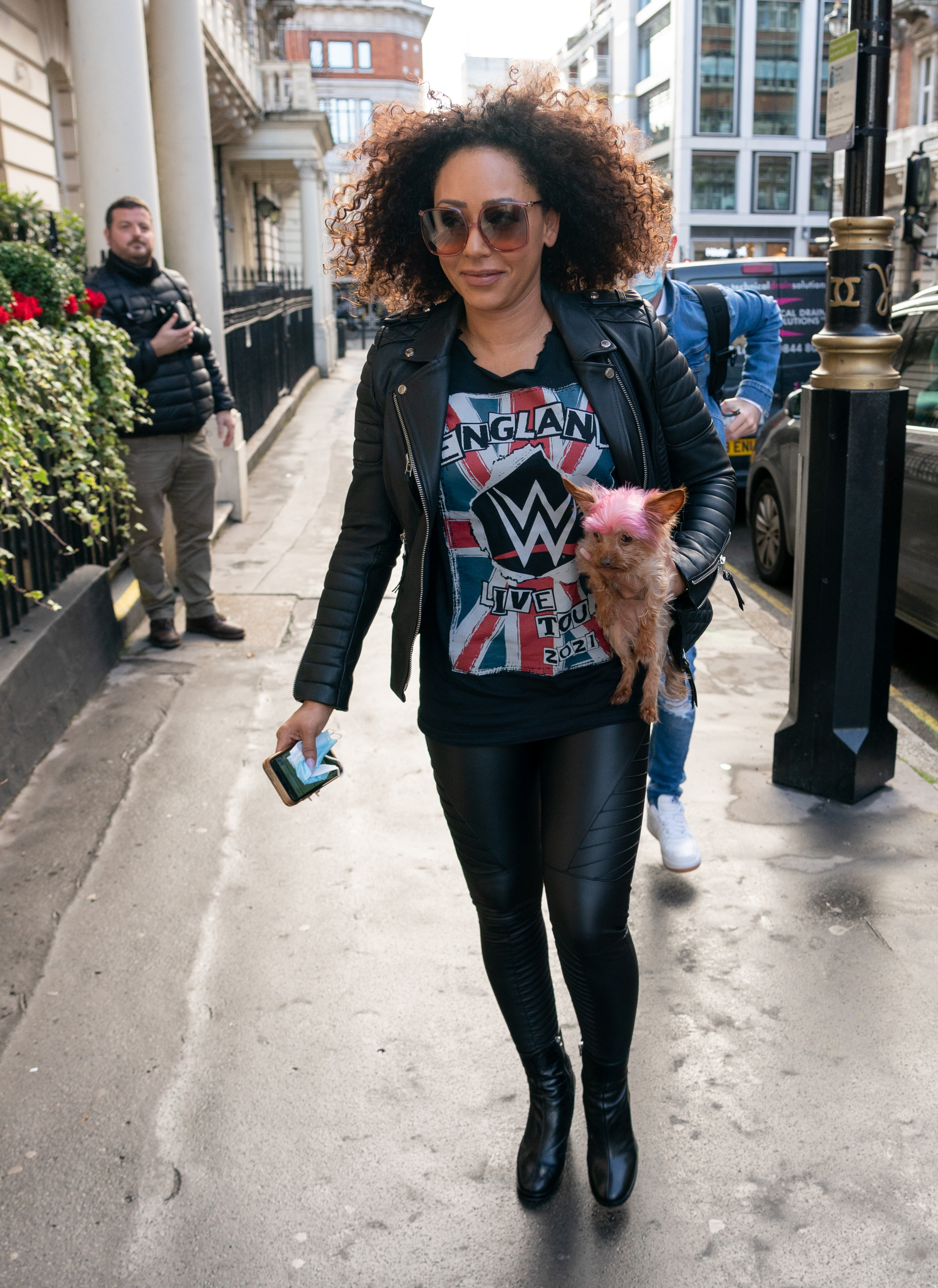 The group, who celebrated their 25th anniversary last month, performed their last world tour as a five-piece from 2007 to 2008 (pictured: Mel B)Credit: Dan Charity

SHE is royalty among fans of RuPaul’S Drag Race UK, but BAGA CHIPZ is also popular with fashion’s A-List.

We can reveal that supermodel Cara Delevingne slid into her DMs.

The drag legend said: “I was surprised when Cara messaged me saying she’s a big fan.

“She was like, ‘We should go shopping together.’ I’d love that.”

Speaking in partnership with Just Eat and Papa John’s, Baga added: “There’s no bitchiness between me and the other drag queens from the show.

“We all just want to support each other, there’s no jealousy.”

Toyah, who was nominated for four Brits in the Eighties, thinks the move is a positive step towards inclusivity. 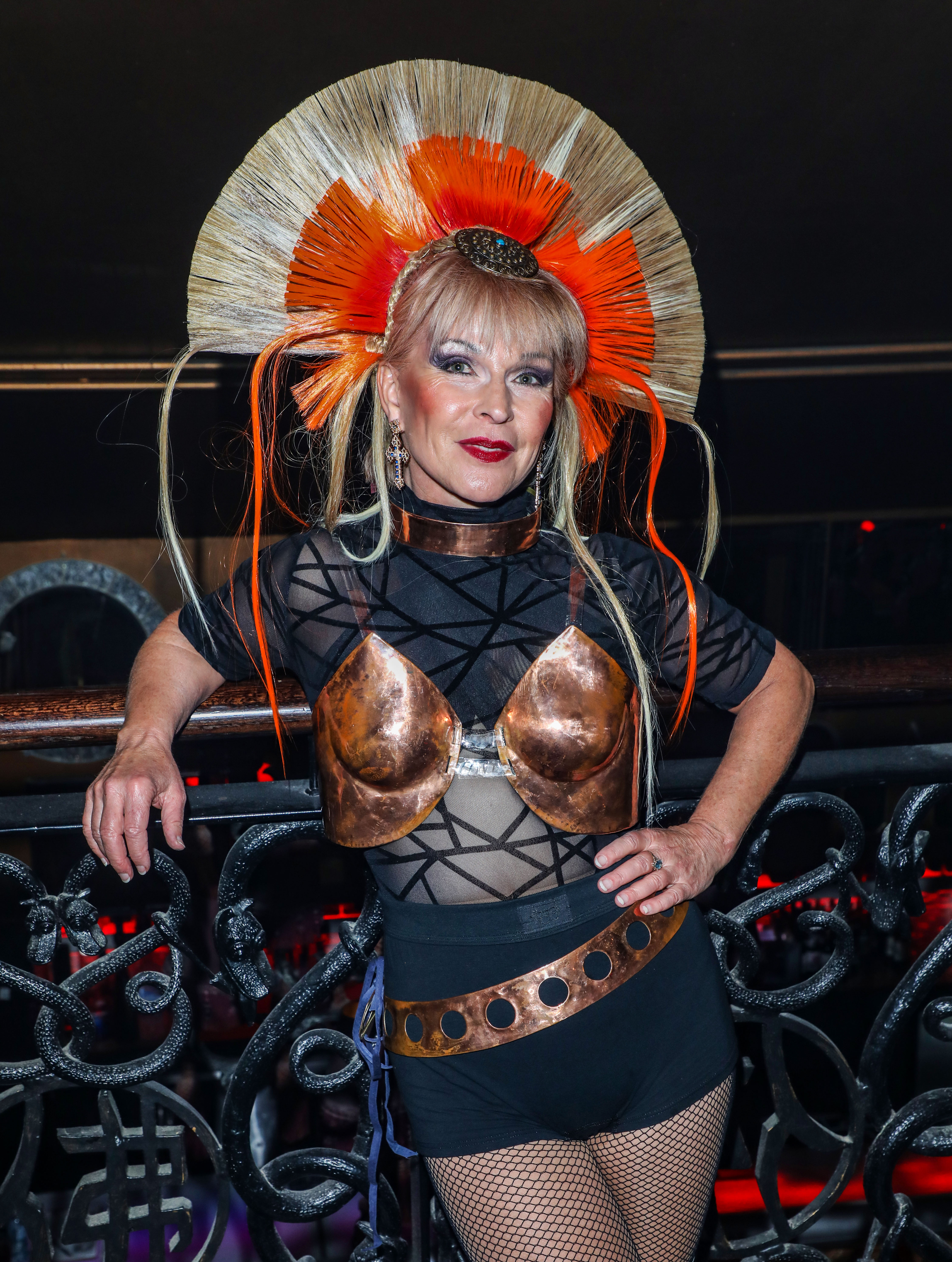 She said: “I think the Brits are ahead of the game and I think it’s an amazing thing to do. We have to protect every individual.

“People must not be pushed into labels, and I think it’s going to empower a whole new generation.”

The It’s A Mystery singer is starring in London’s Proud Embankment Cabaret All Stars show. Despite her 63 years she shows no sign of slowing down.

Toyah said: “My advice to people of all ages is to grab life by the horns and have confidence in yourself.”

FORGET about 24K Magic – Bruno Mars should be singing One Million Magic after pocketing $1million (around £760,000) for a gig lasting just half an hour.

We can reveal that the Hawaii-born crooner is performing at the launch party of snazzy restaurant Sexy Fish in Hawaii next weekend. 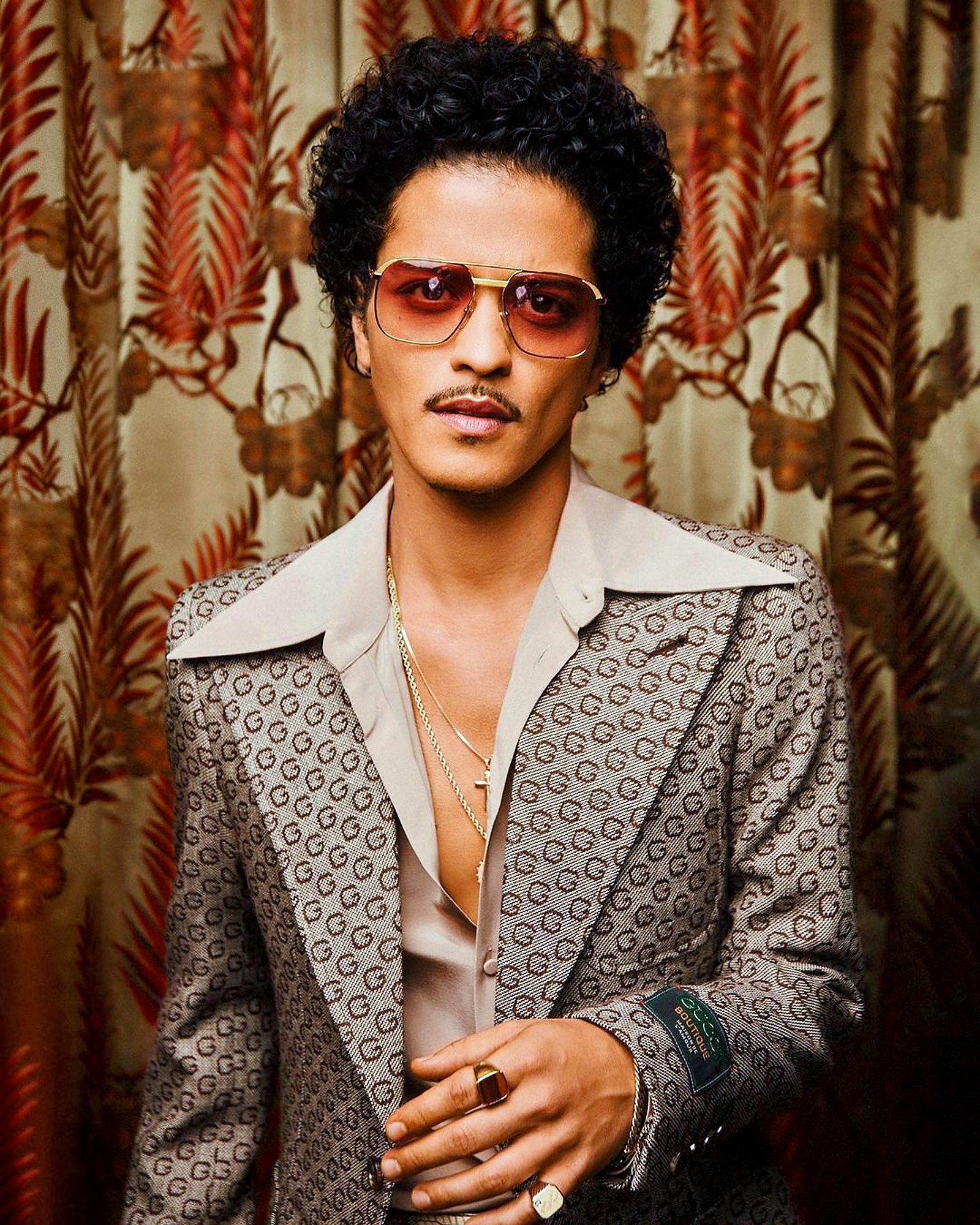 Bruno Mars pocketed $1million (around £760,000) for a gig lasting just half an hourCredit: INSTAGRAM/BRUNO MARS

And we hear bosses are laying on a private jet for him too.

The 30-minute sesh is barely enough time for him to belt out even half of his hits, which include When I Was Your Man, Locked Out of Heaven, Grenade, Marry You and Finesse – but we’re sure he’ll put on a show.

The 5ft 5in star is also likely to be donning one of his signature hats on the night.

Speaking previously, he said: “I’m a short guy, and that’s always something I have to think about.

The lavish sushi restaurant originally opened in London in 2015 and is a celebrity staple.

We’re sure its US counterpart will enjoy the same all-star status.

RUDE guests at the British Fashion Awards were told by security to stub out their cigarettes after lighting up INSIDE the Royal Albert Hall.

An onlooker said: “Some fashionistas felt they were above the law. It was really disrespectful and rude. Staff couldn’t believe their audacity.

A spokeswoman confirmed: “Smoking is not permitted inside the Royal Albert Hall and anyone the staff saw smoking was asked to stop and to only smoke outside in the smoking area.”

SUPERMODEL Jourdan Dunn smouldered in a monochrome dress split to the thigh as she enjoyed The Business Of Fashion Voices 2021 gala on Friday night.

The star partied alongside fashionista pals including David Gandy and Neelam Gill at Soho Farmhouse in Oxfordshire. 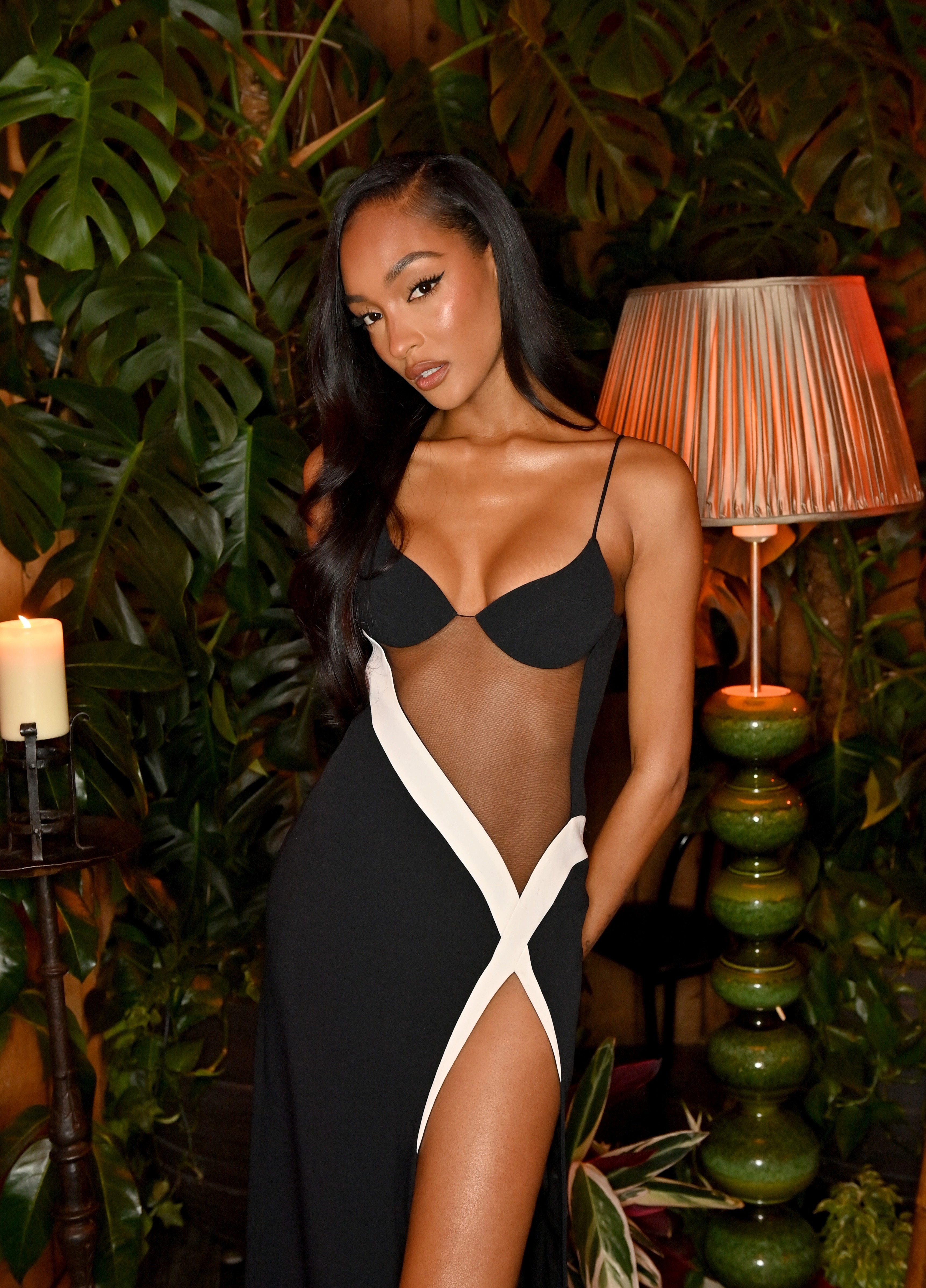 Jourdan Dunn smouldered in a monochrome dress split to the thigh as she enjoyed The Business Of Fashion Voices 2021 gala on Friday nightCredit: Getty

SHERELLE bashed organisers of the Attitude 101 event at the Mandarin Oriental Hotel in Knightsbridge, London on Friday – despite being a guest speaker.

The DJ/producer tore into the event for its lack of diversity and blasted the Tesco wine at the afternoon dinner, saying: “Someone like myself should not be on a stage like this, especially in such a golden-laced place with Tesco wine.”

THERE was plenty of Christmas sparkle at iHeartRadio 102.7 KIIS FM’s Jingle Ball on Friday night. 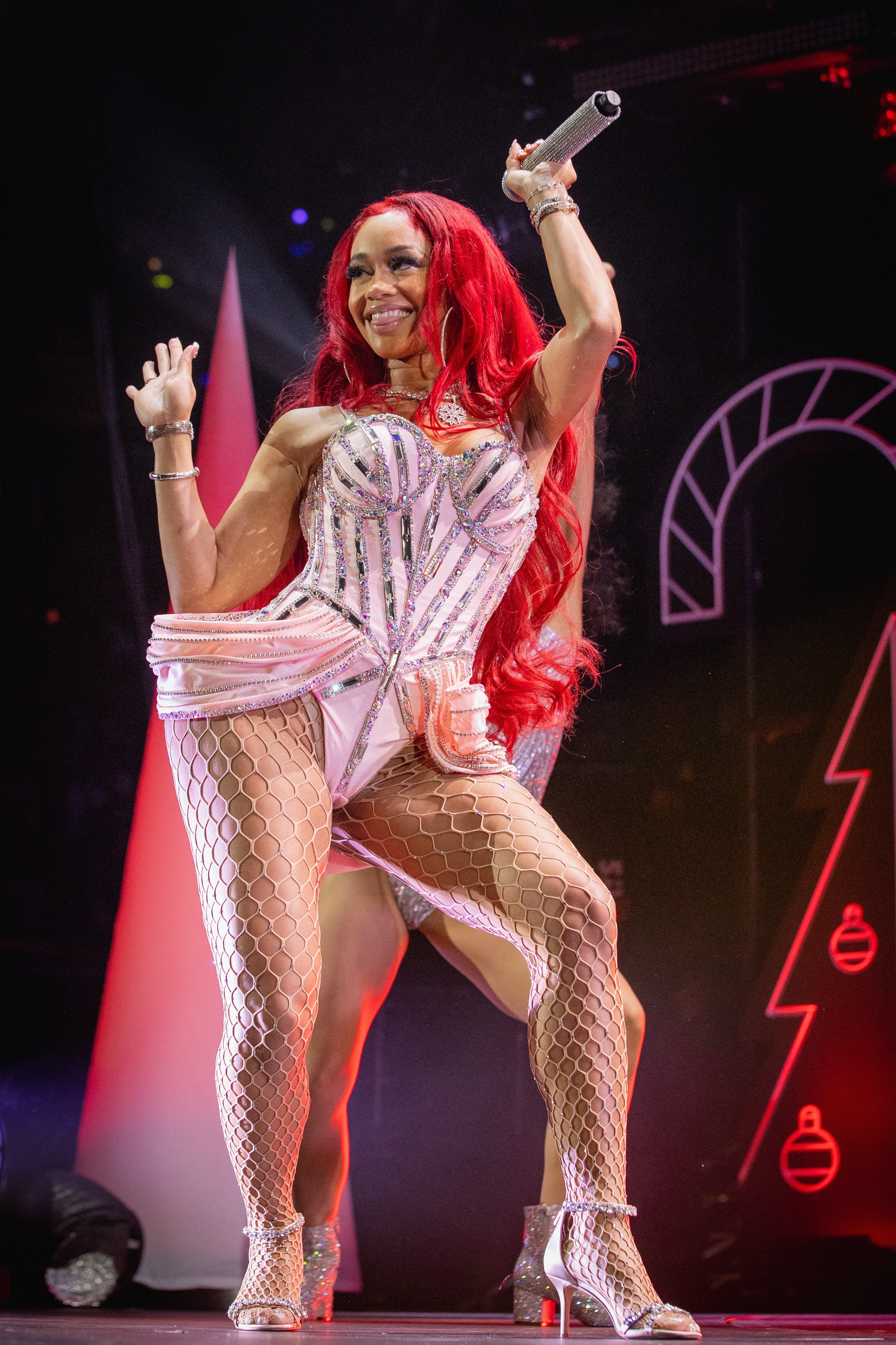 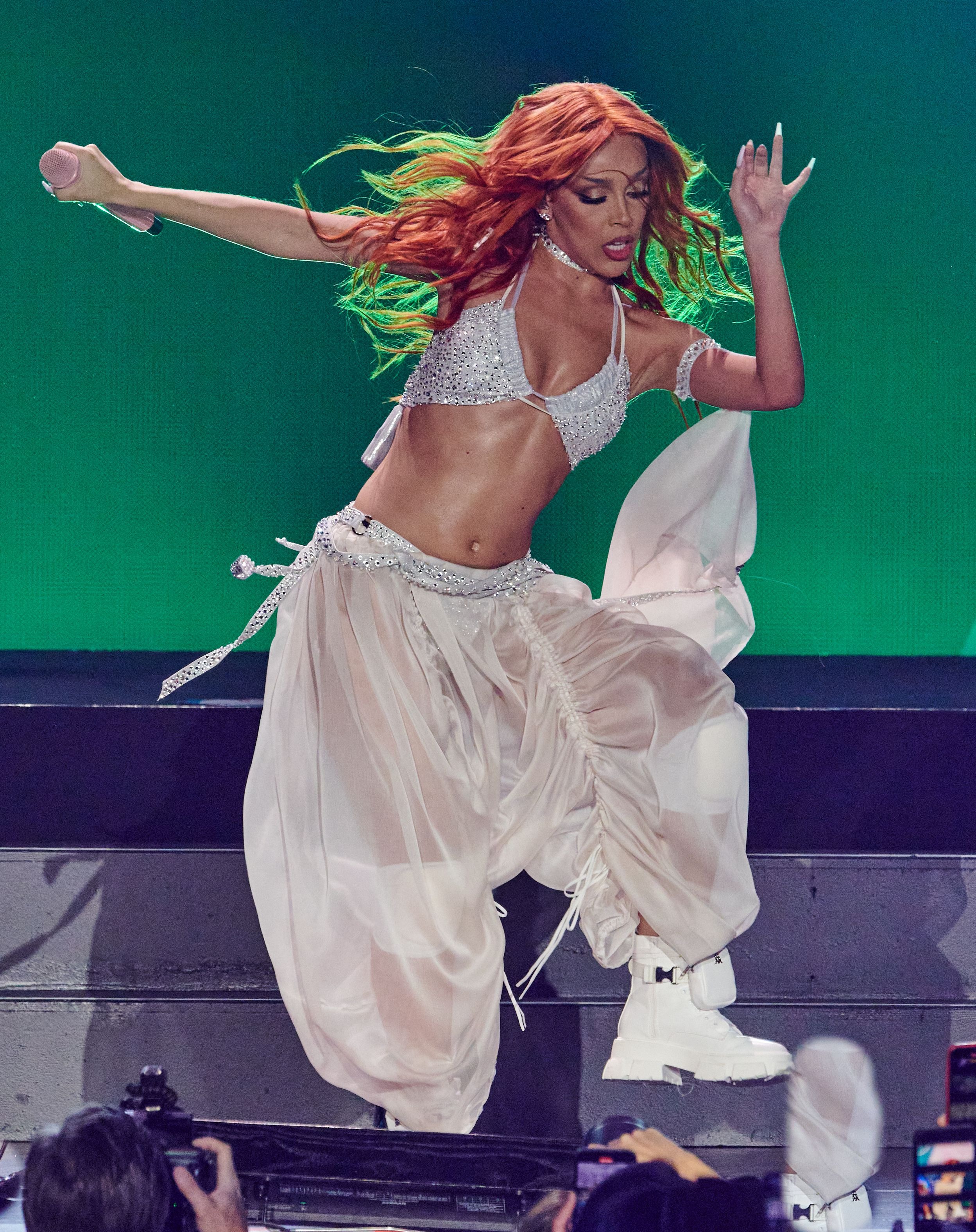 And she showed no sign of a hangover after partying in nightclub Nightingale Plaza the previous evening.

The rapper, real name Diamonté Quiava Valentin Harper, was celebrating after being nominated for a Grammy award.