A SINGLE mum-of-two was reduced to tears when a loaded teen treated her family to a dream trip to Disneyland on Rich Kids, Skint Holiday.

Luke, 19, is the son of a surgeon, and grew up in a six-bedroomed mansion in Essex, and confessed his favourite shop is Harrods. 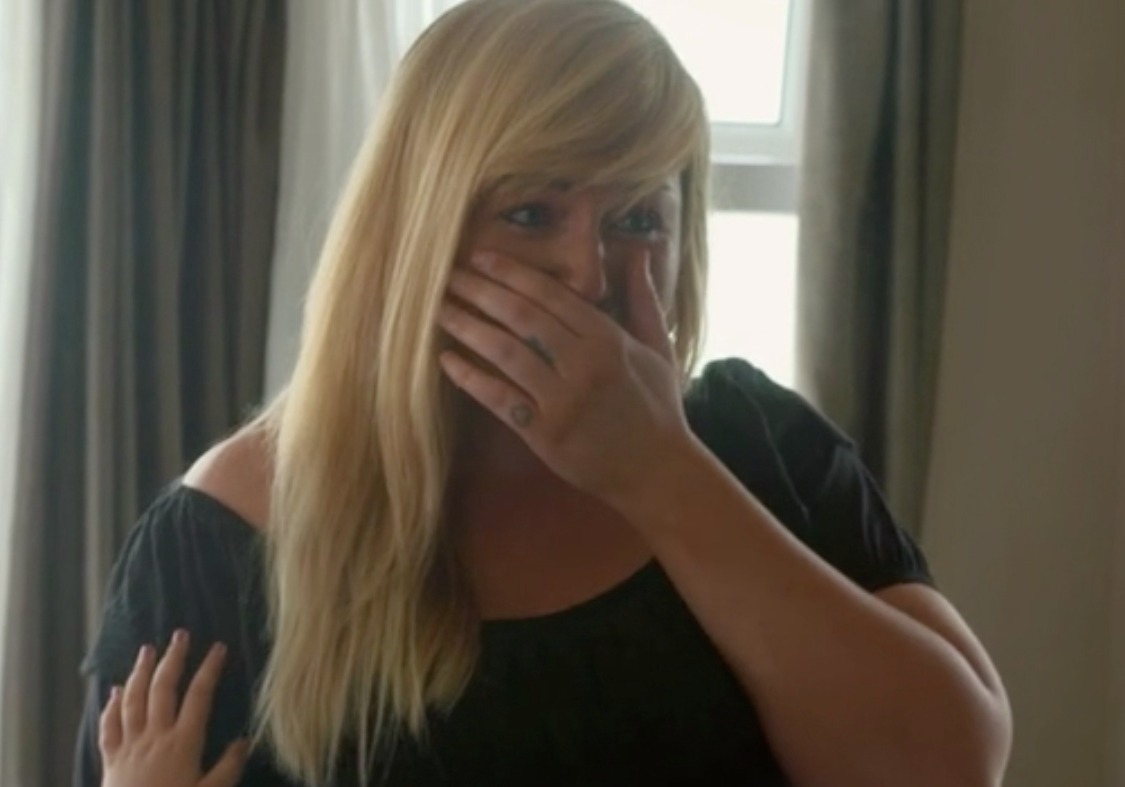 Steph broke down in tears when Luke gifted her family with their dream holiday to Disneyland Credit: 5Star

The teenager regularly jets to exotic locations such as Monaco, Malaysia, San Francisco and Mexico, but spent a week at a Welsh caravan site on Rich Kids, Skint Holiday.

Luke holidayed with Steph, 32, her mum Margaret, and her two kids, Teagan, six, and Ronan.

Steph told Luke her dream would be to take her children to Disneyland, but admitted she ‘needd to win the lottery’ to make it come true.

But she was moved to tears as Luke told the family he’d booked their fairytale holiday, reducing Steph to tears. 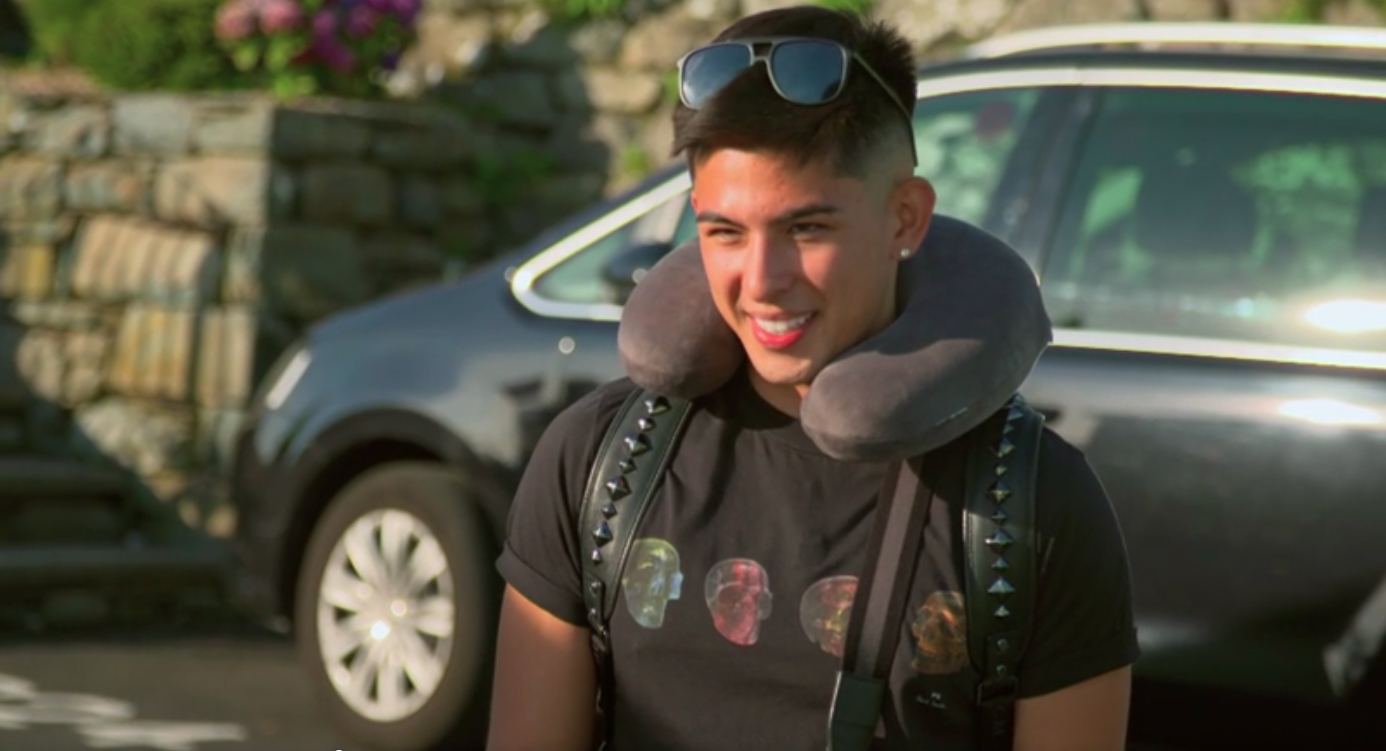 Rich Kid Luke is used to jetting to lavish locations such as Monaco, Mexico and Malaysia Credit: 5Star

And mum Margaret added: “It’s just wonderful and Steph does deserve this kind of thing, she’s a good mum and she looks after children and she struggles really hard to pay everything and she’s wonderful and I’m proud of her.”

Luke explained he’d bought the trip with the help of his girlfriend and their parents, as Steph said she ‘couldn’t believe’ he’d paid for the trip, as she excitedly told the kids they were finally going to Disneyland. 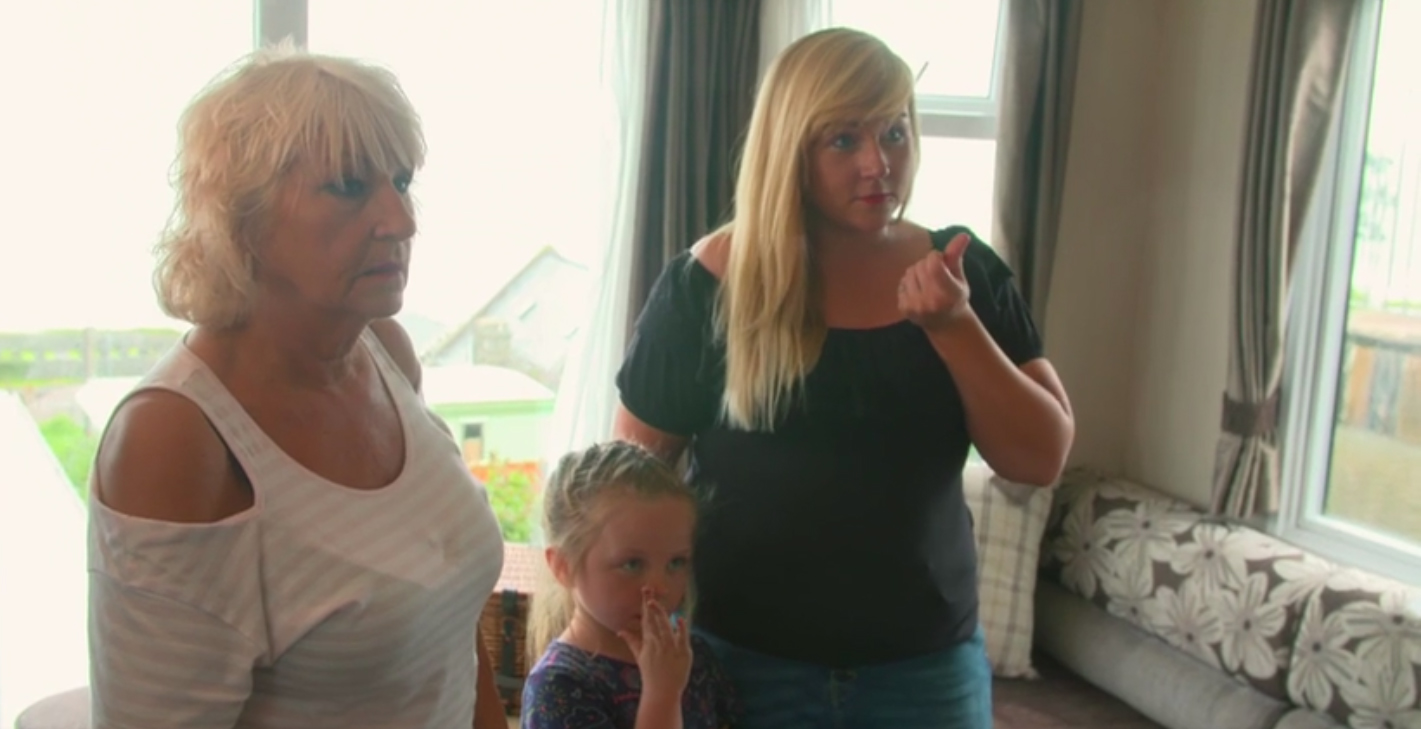 Steph and mum Margaret were stunned when Luke gifted them with a trip to Disneyland Credit: 5Star

The upcoming trip is in stark contrast to the week in Wales Steph, from Stoke-on-Trent, had to save up for months for, splurging on a static caravan this year costing £100 a night.

Meanwhile Luke showed up to the caravan site with more than £1,000 worth of luggage, and was dressed head-to-toe in designer labels.

The expensive accessories weren’t lost on Steph, who told Luke the value of his bags was roughly what she earned in a month. 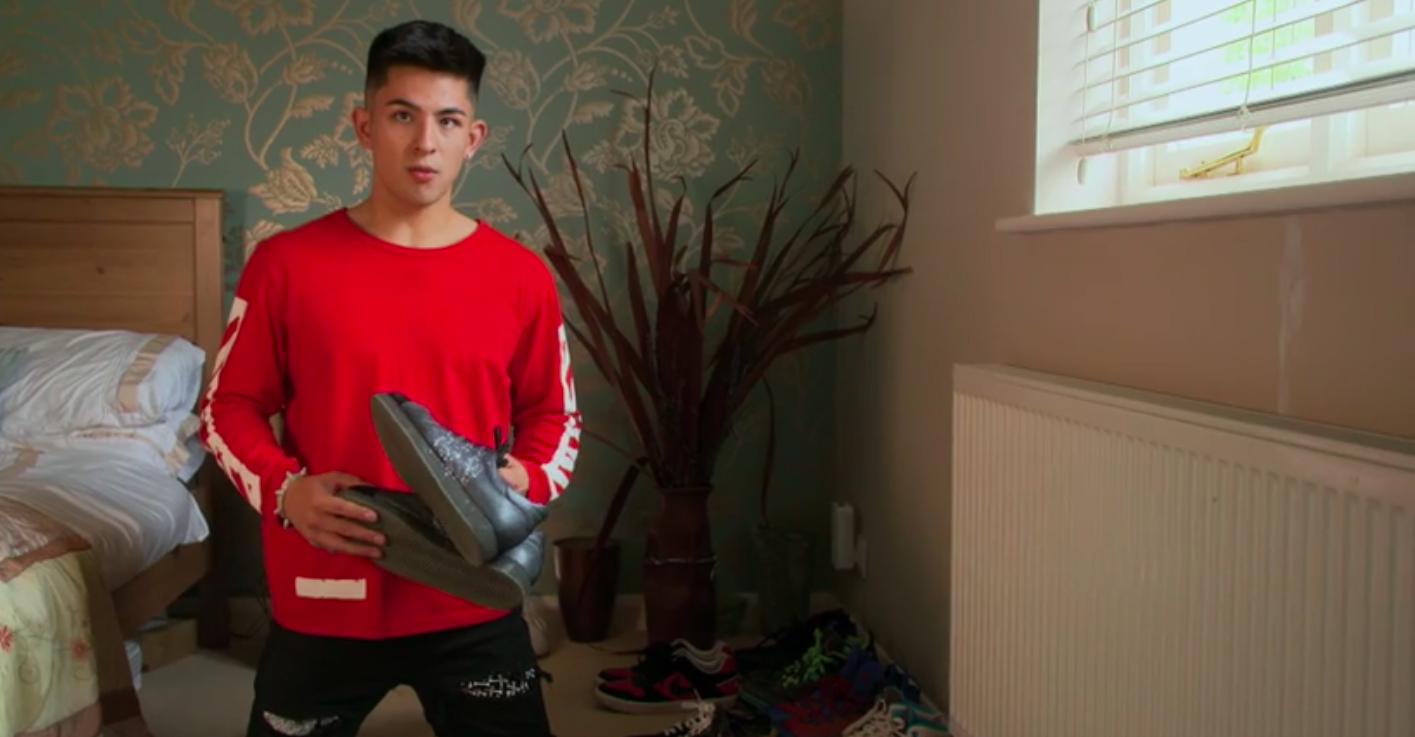 Luke revealed he spends £700 on aftershave and £500 on shoesCredit: 5Star 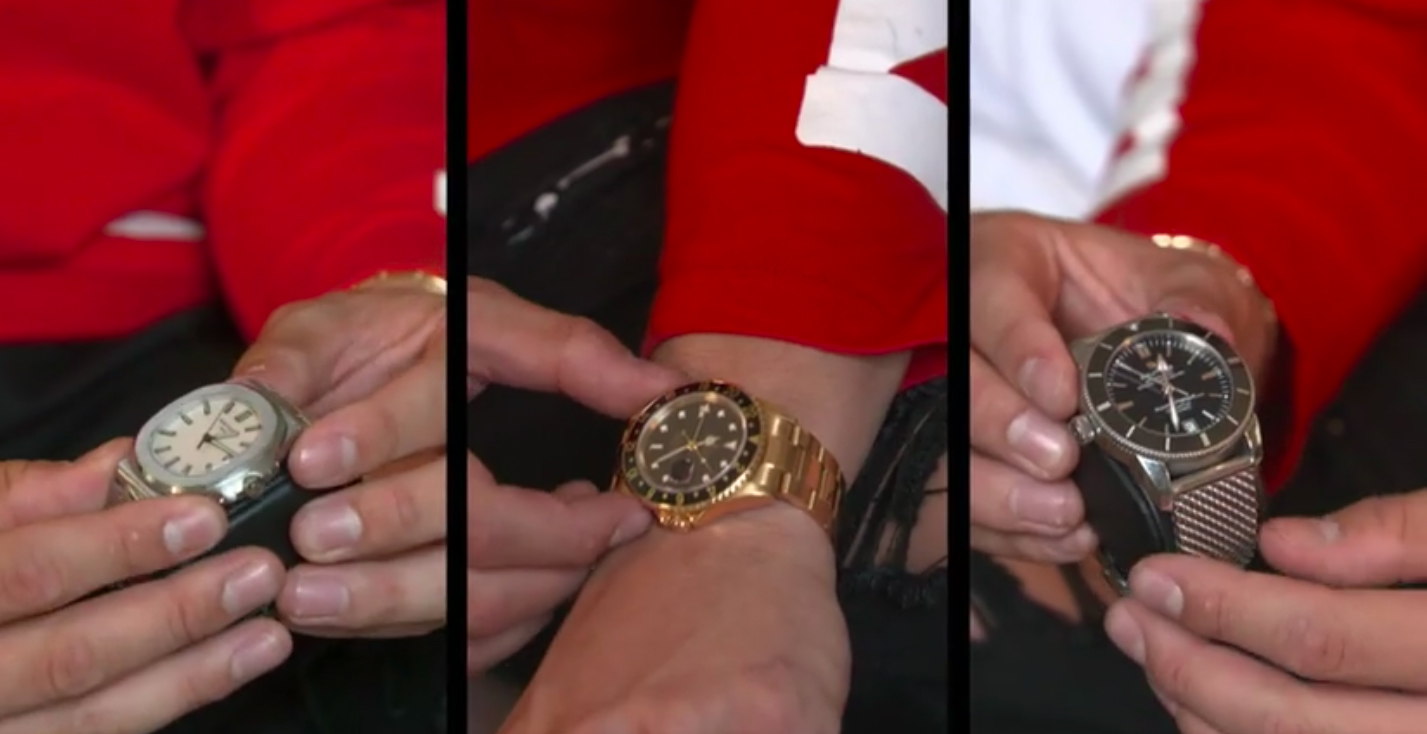 He confessed his favourite shop is Harrods, as she showed off his expensive watch collection Credit: 5Star

This too hit a nerve with Steph, who told him: “Your aftershave could run my house for a month.”

Luke, who once called Harrods ‘the best place in the world’, revealing his family owned a collection of expensive watches – with one worth £60,000 – became embarrassed by his spending during the course of the week. 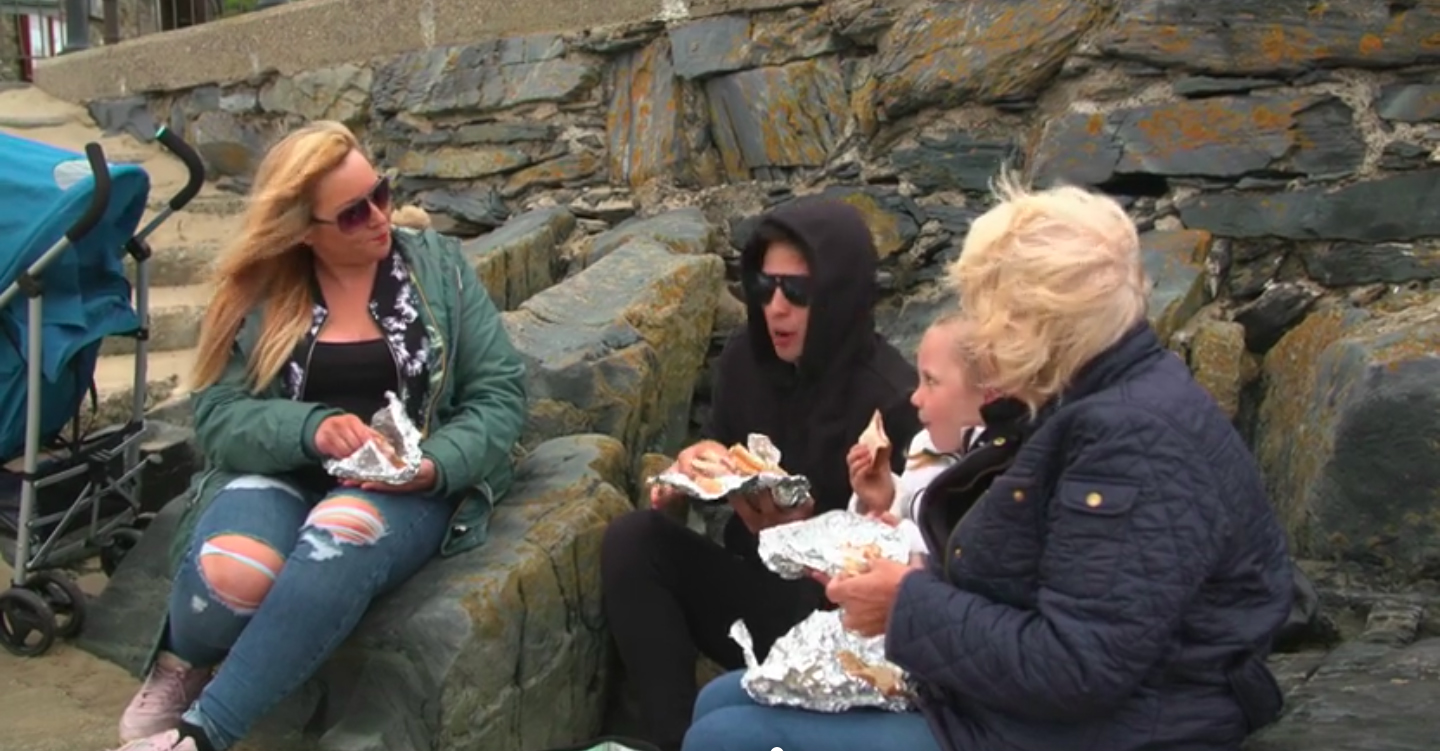 Luke swapped his five star lifestyle for a week in a caravan in WalesCredit: 5Star 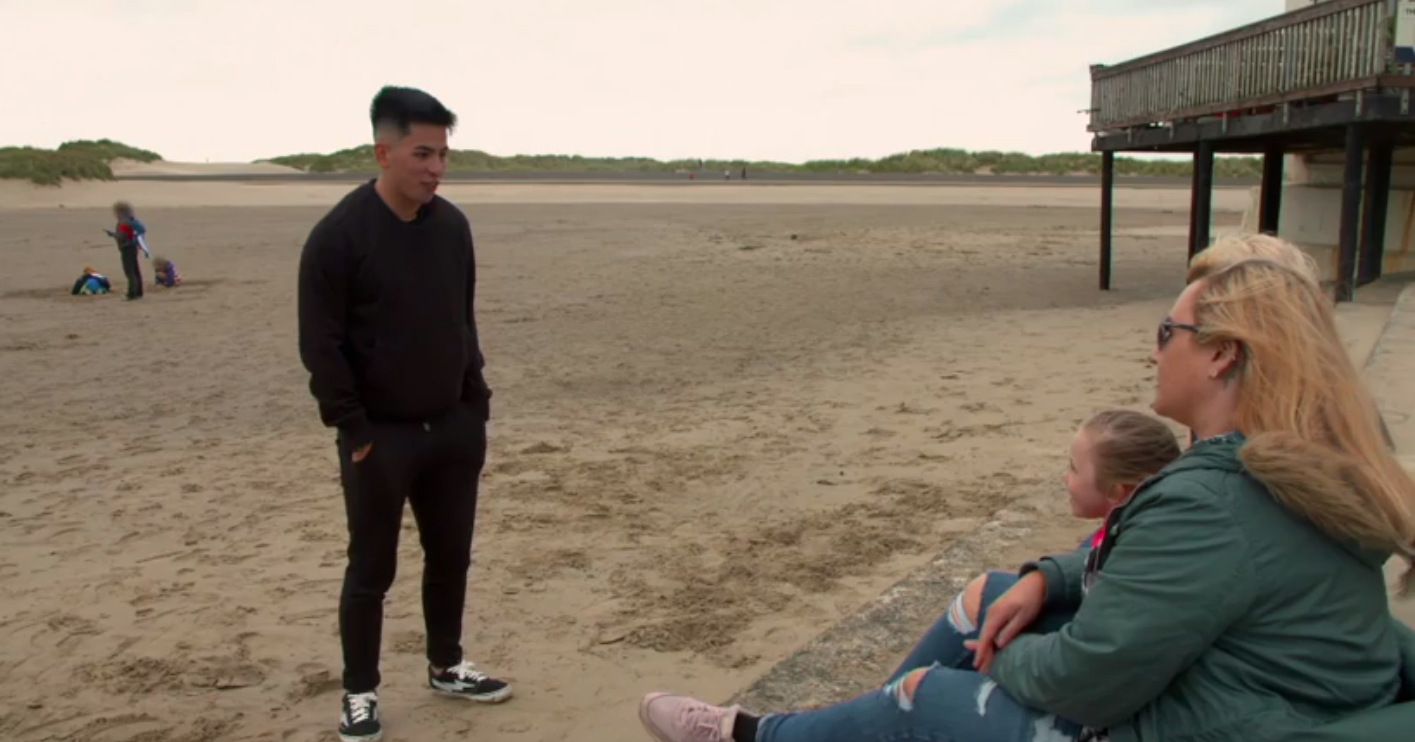 As the week went on Luke became humbled and embarrassed by his fancy swag Credit: 5Star

As he became humbled by Steph’s hard work, he told her: “100 percent I understand that that money could be used for holidays.

“I feel naive and stupid for spending that much money on that sort of things.”

It seems Luke’s fresh outlook wasn’t lost on Steph, who said: “I thought a rich kid would be stuck up and look down at us, I’m just really surprised that’s all.” 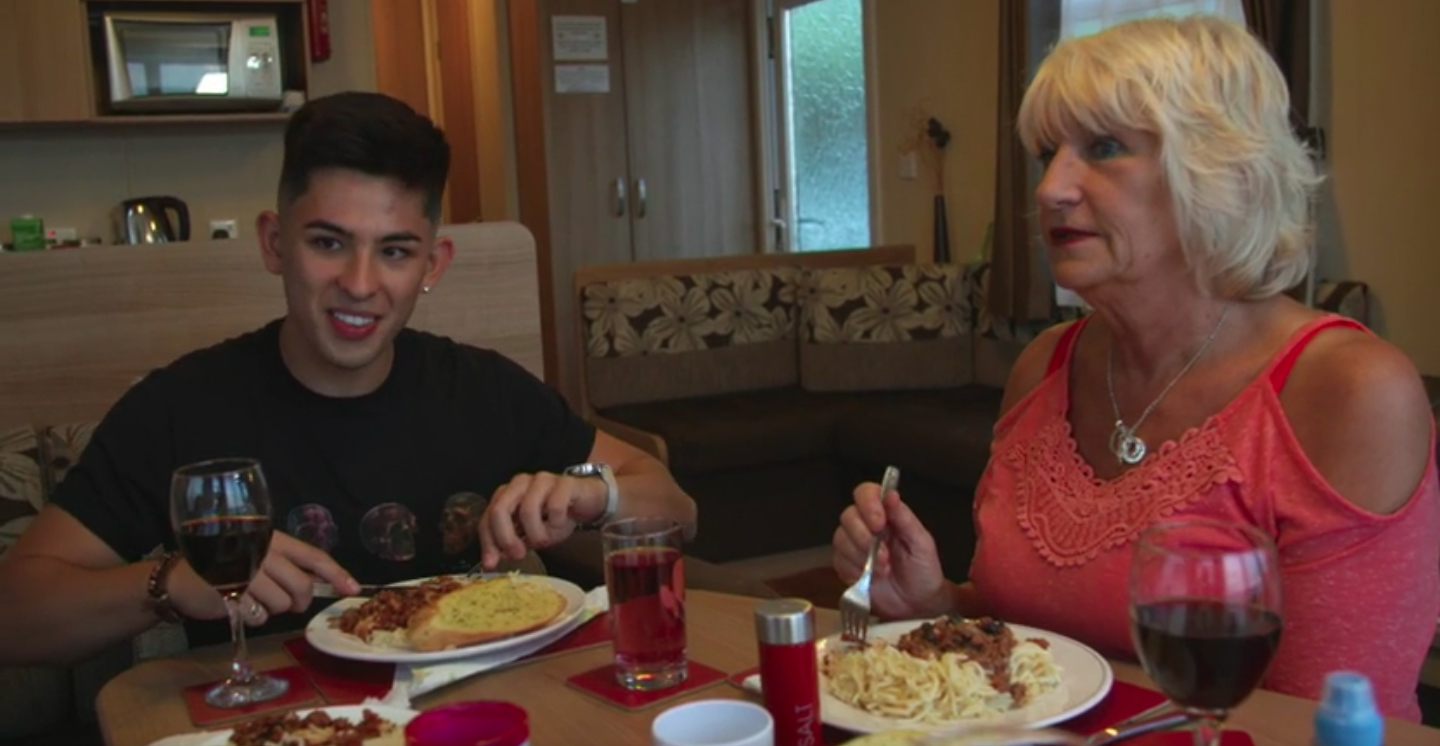 Luke was tasked with feeding the family and getting entertainment for £20Credit: 5Star 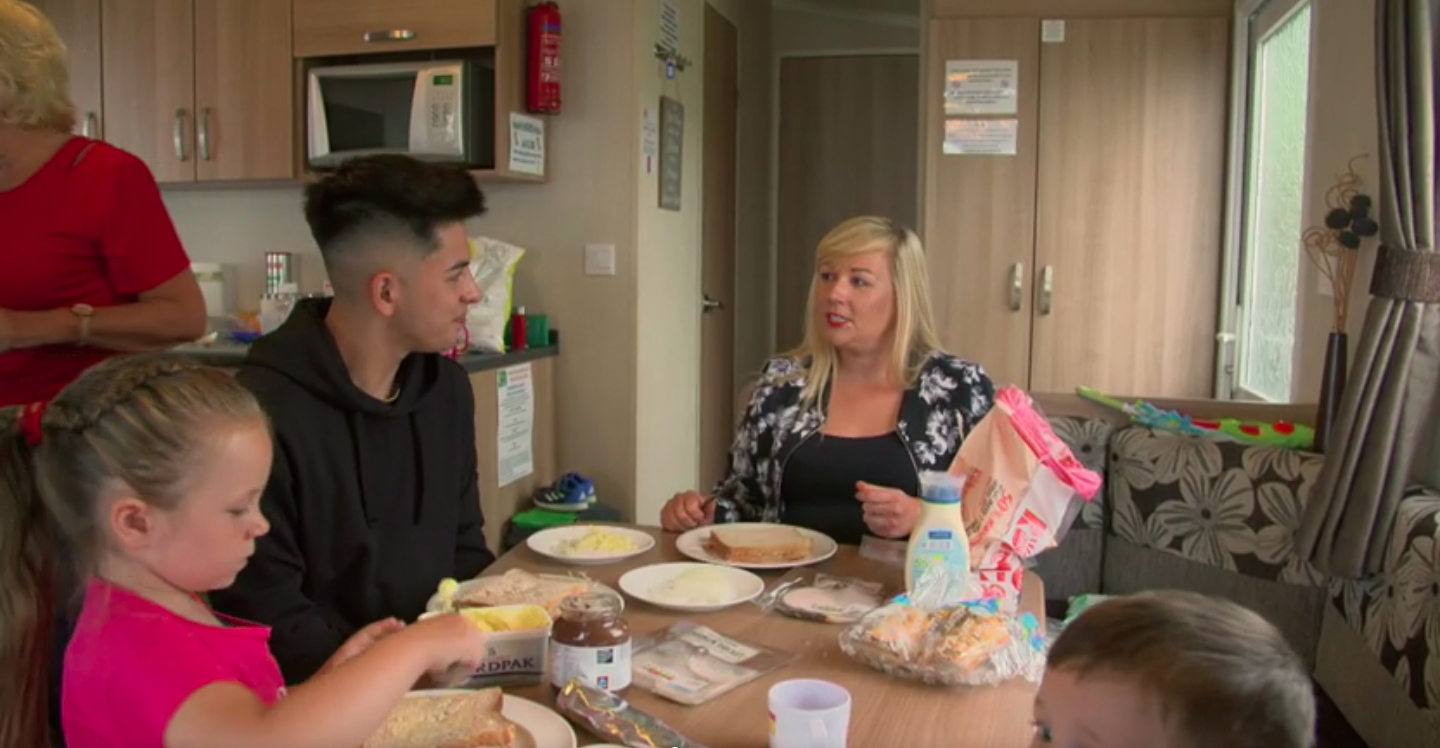 Steph revealed she’d had to save up for months to be able to afford the holiday Credit: 5Star

The mum challenged him to make dinner and spurce entertainment for the five of them – for just £20.

And Luke, who works as an estate agent and a part-time parkour coach, rose to the challenge, going just 50p over budget after spending £4 on the arcades and £16.50 for an omelette.

On his last day with the family, Luke treated them to a steam train trip along the coast, and it seems he hadn’t quite given up his love of Harrods, as he bought the family a lush hamper from the store filled with biscuits and cookies. 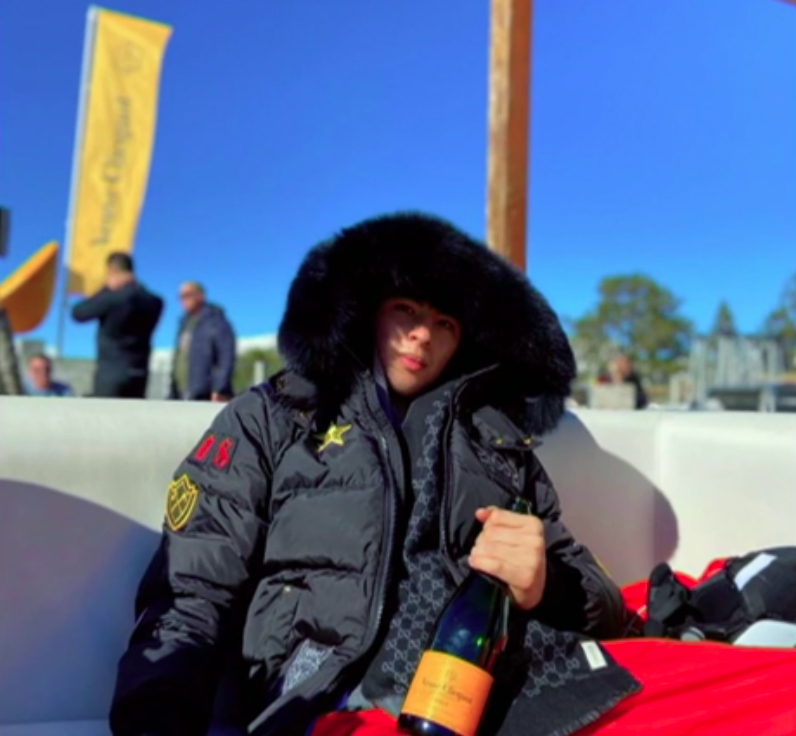 Luke was shocked when Steph told him his aftershave could run her house for a monthCredit: 5Star 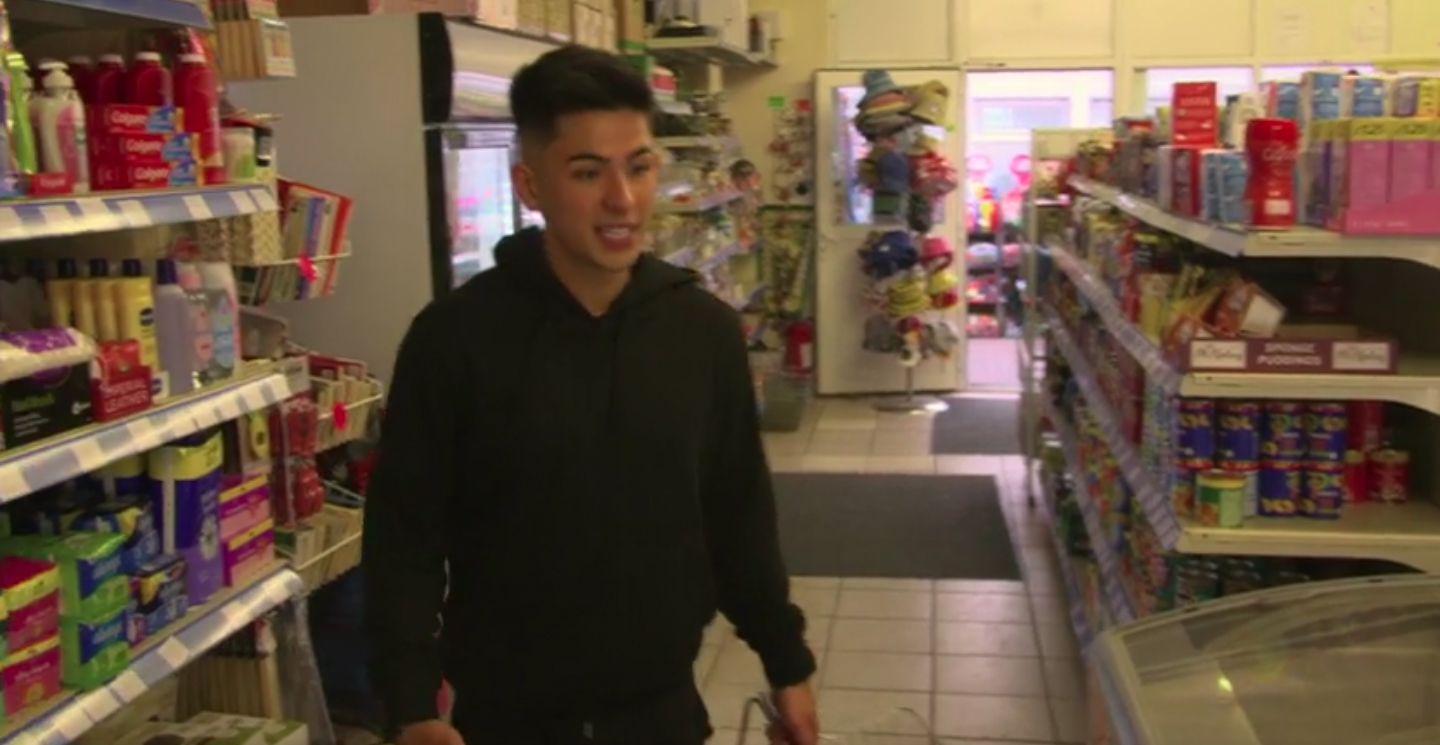 Luke reflected on his week and admitted he’s going to think twice about spending silly amounts on items Credit: 5Star

Luke and Steph had grown close during their week together, and as it was time for the teen to leave the mum shed a tear.

Luke told her ‘not to be silly’, as she said: “Luke has learned a lot from her it’s nice to know that my family and I had an effect on someone that has a totally different life than we do.”

And the wealthy teen reckons he learned a lot from his time with the family, as he said: “The last few days have been some of the best times and experiences that I’ve had.

“They have taught me the value of money and put into perspective how stupid some of the things I was paying for were.

“I certainly in the future will reduce my spending, I’ve learned so much from them and had such an amazing time.” 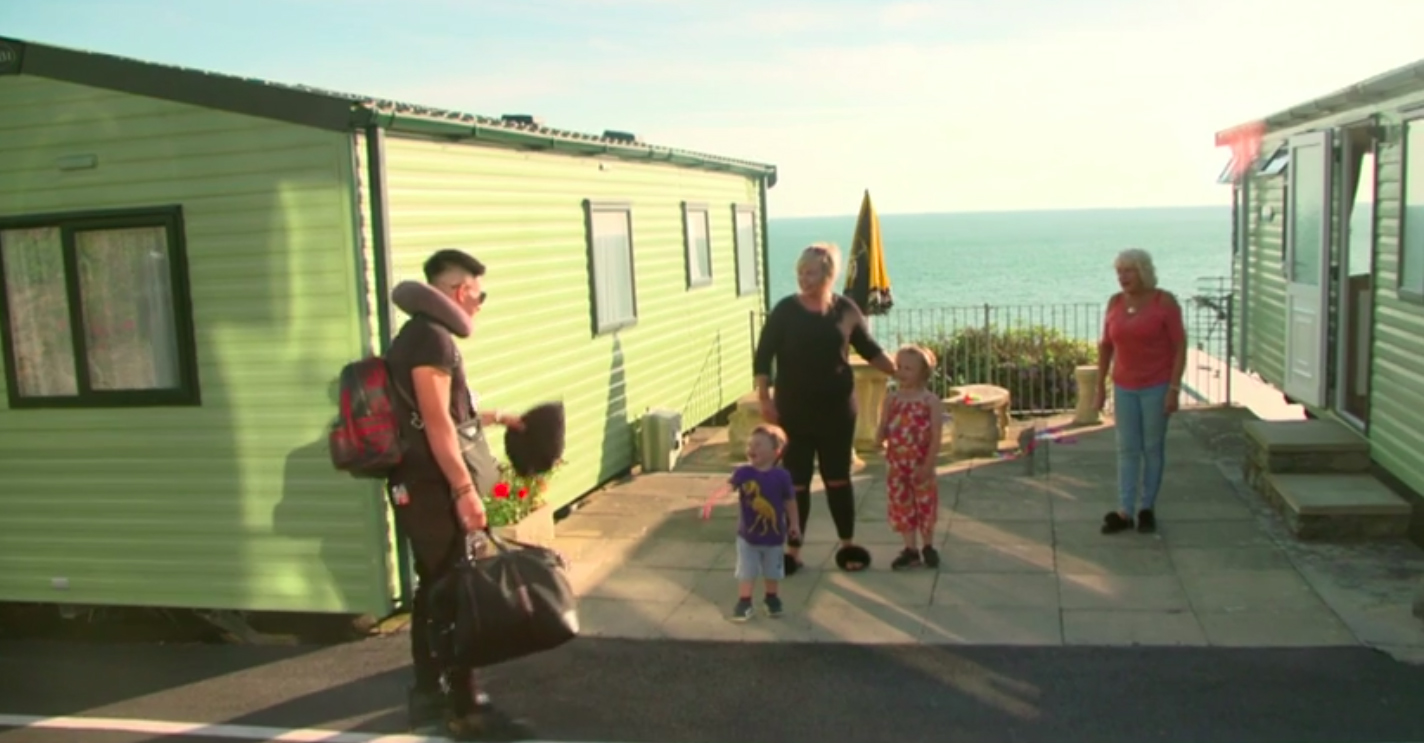 Steph cried when Luke left and said he was nothing like what she expected Credit: 5Star

Plus these lucky celeb kids are set to inherit millions – with £726m Stormi Jenner and £360m Blue Ivy top of the tots.