A WALMART shopper was coldcocked with a single punch thrown by a peeved worker who retaliated after being spat on.

A shocking video has resurfaced showing the uniformed Walmart worker sending the shopper down for the count with a lone right cross.

The moment an unidentified Walmart shopper spits at a store workerCredit: worldstarhiphop.com 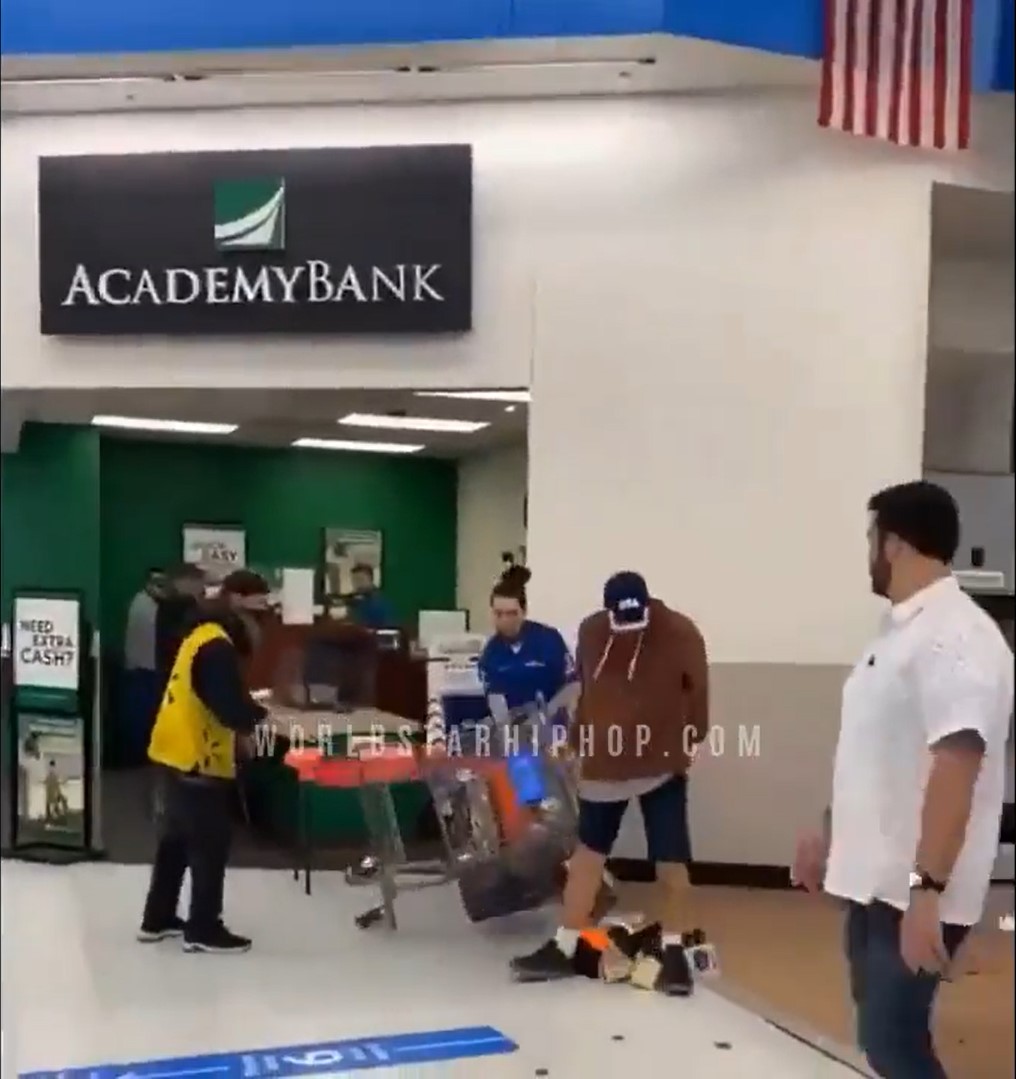 The moment after the Walmart worker punched the shopper from behind in retaliation for spittingCredit: worldstarhiphop.com

The video which appears on World Star Hip Hop shows a shopper dressed in shorts and a sweatshirt appears to box in the employee with his sem-filled trolley and rams him against a possible Memorial Day display with festive Stars and Stripes themed wares.

After multiple rams, the employee slips out and the shopper then leans over the metal basket and spits.

That set the worker off.

The worker gestates uncontrollably as a colleague in a yellow Walmart-issued vest tries to restrain him. 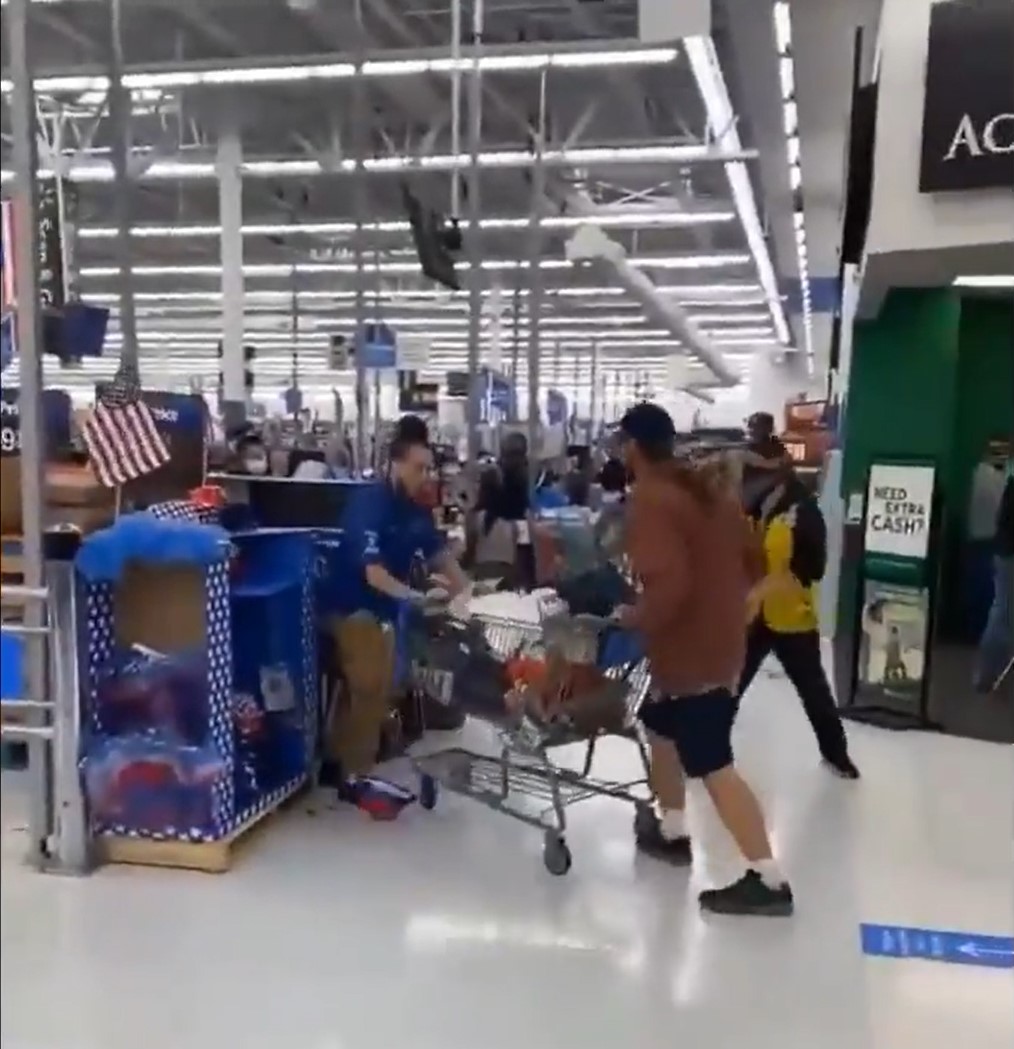 The video starts off showing the shopper trying to ram the employee against an American flag displayCredit: worldstarhiphop.com 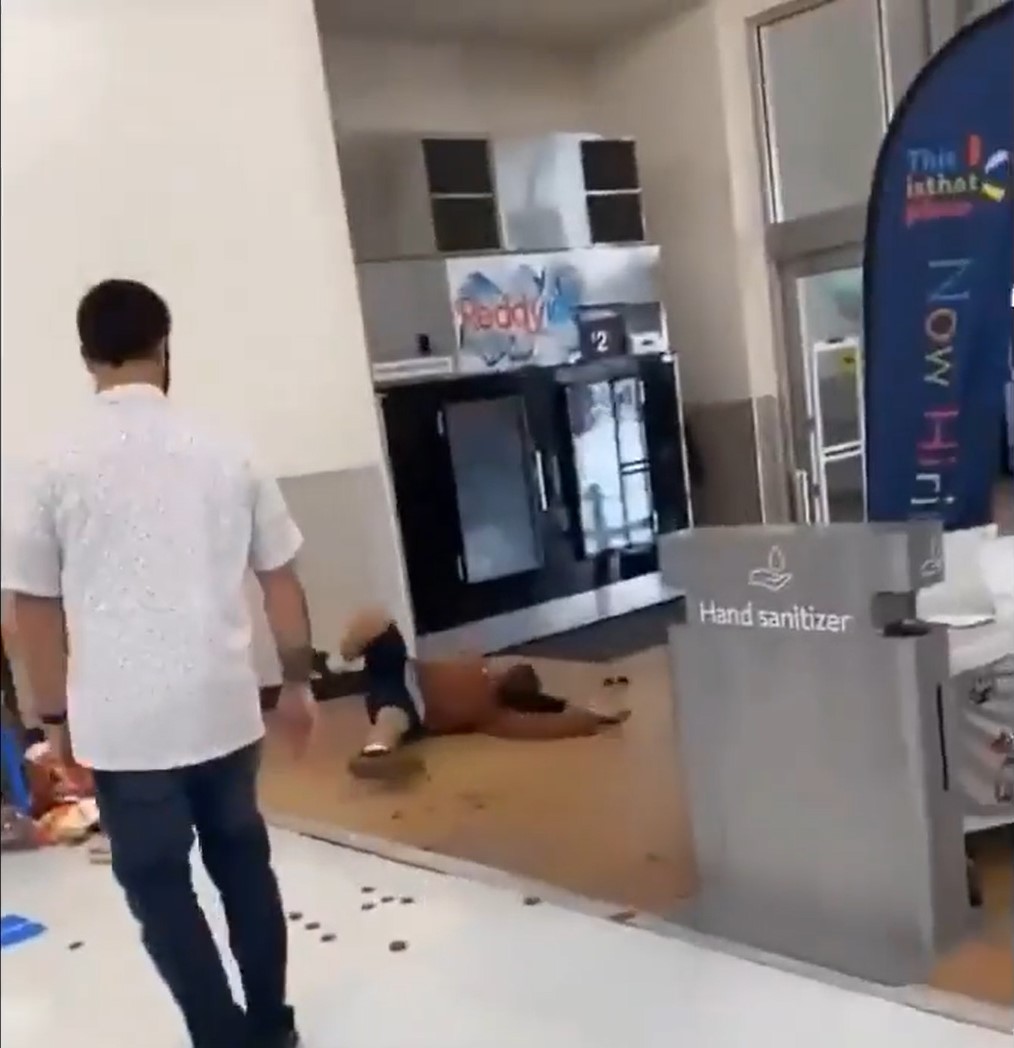 The shopper falls hard to the floor following the single blow thrown by the Walmart stafferCredit: worldstarhiphop.com

But the worker wrestles free and then can be seen charging behind the shopper.

At this point the shopper has turned his back away and is pulling the handle of the trolley in reverse.

The worker then comes from behind the trolley and momentarily goes out of the frame.

A woman’s voice can be heard pleading, “Don’t do it!” 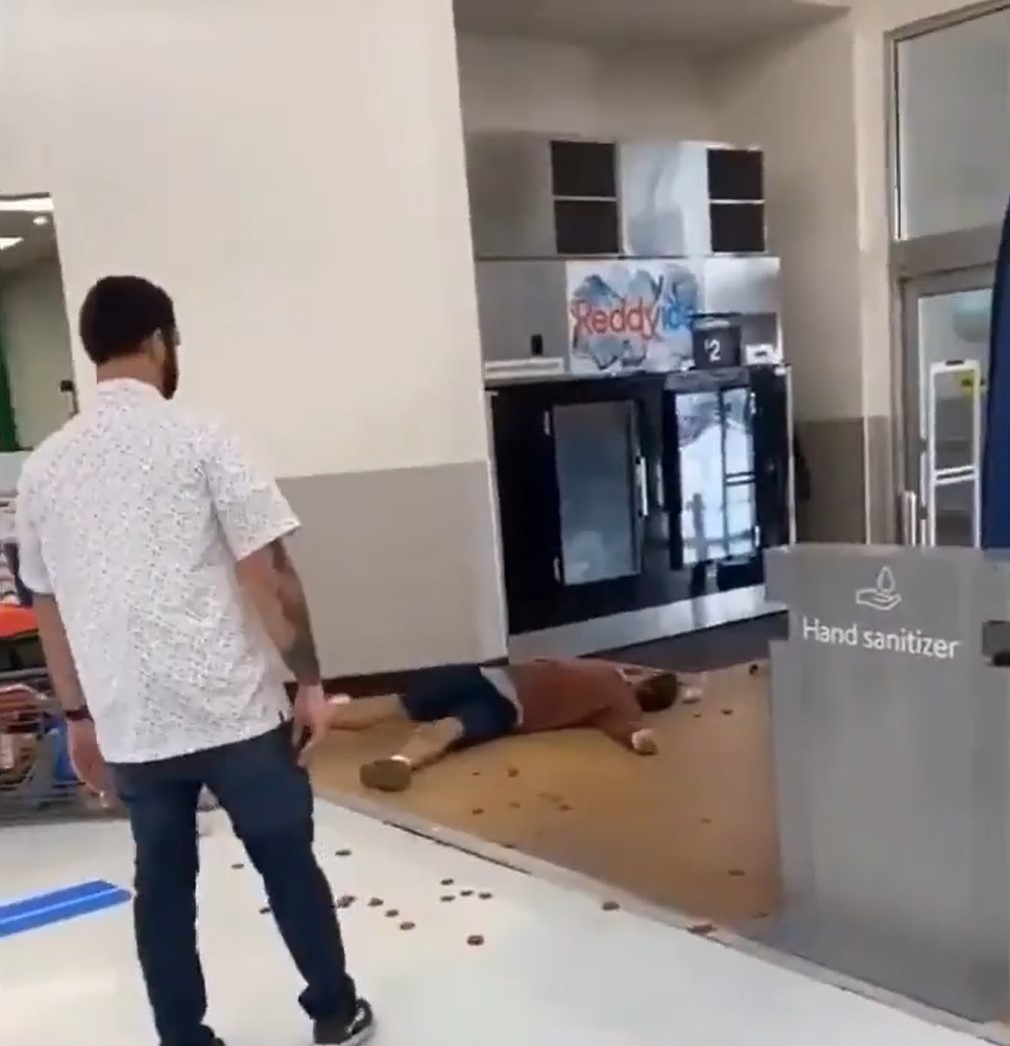 The knocked out shopper is seen lying unconscious on the floorCredit: worldstarhiphop.com

The viewer can see the worker’s nasty righthand cross land on the back of the man’s head.

It drops the him hard to the floor where he appears to lie unconscious.

The Sun has reached out to Walmart for comment.

It remains unclear precisely where and when the dustup occurred.

Multiple commenters and captions suggest it happened at a Walmart in Englewood.

One specifically claimed without evidence that it occurred at a Walmart in Englewood, New Jersey.

However, The Sun can’t confirm that.

There also isn’t any way to know what provoked the duel and also what happened to the shopper and the punched-out worker.