THIS is the shocking moment a handyman accused of shooting and killing his female construction worker friend is run over by her boyfriend moments later in New York on Wednesday.

Jose Everaldo Reyes, 66, is accused of killing Lizbeth Mass, 52, shortly after she introduced him to her boyfriend Dwayne Walker. 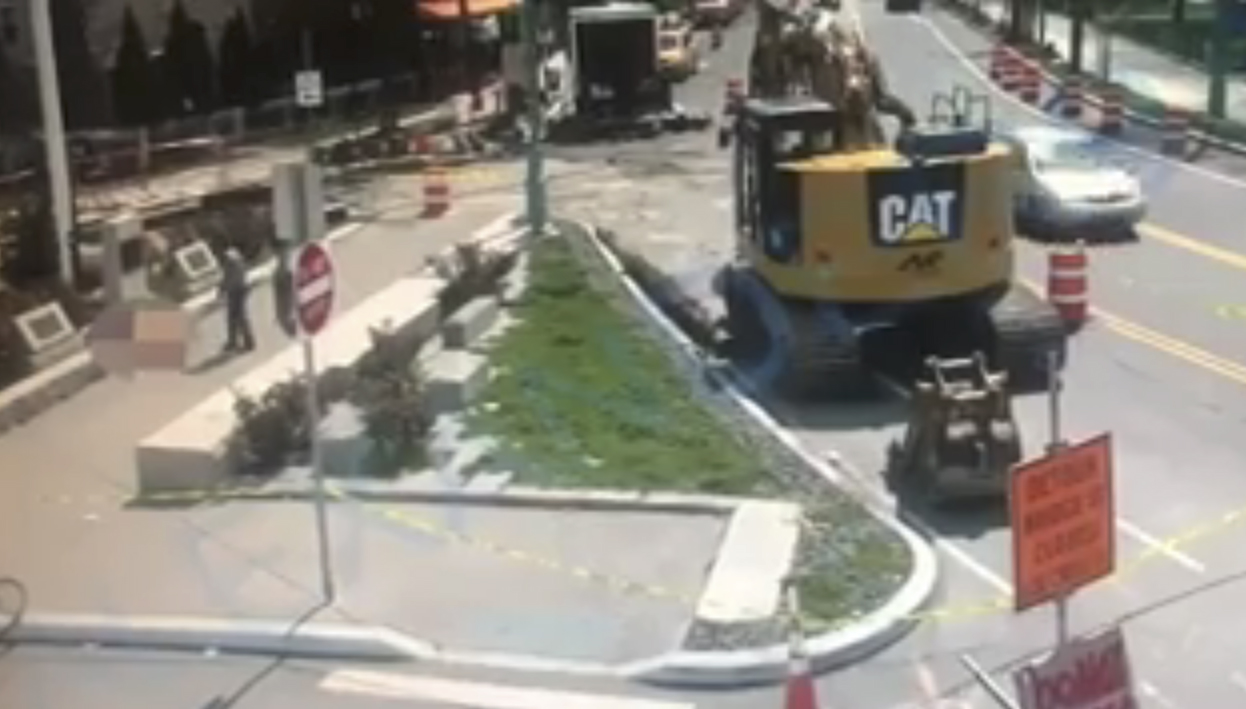 Reyes, seen on the left, was caught on camera shooting Mass as she was sittingCredit: CCTV

Mass, who worked as a site flagger, was sitting near a construction site at City Island in the Bronx when Reyes came over to gun her down. He shot her six times.

Walker saw the shooting from afar and later ran Reyes over with his car, the shocking security footage shows.

Walker then stepped out of the car and pushed it, rolling back to hit Reyes again.

Reyes was trying to ride his bike and escape from the scene, according to the New York Daily News. 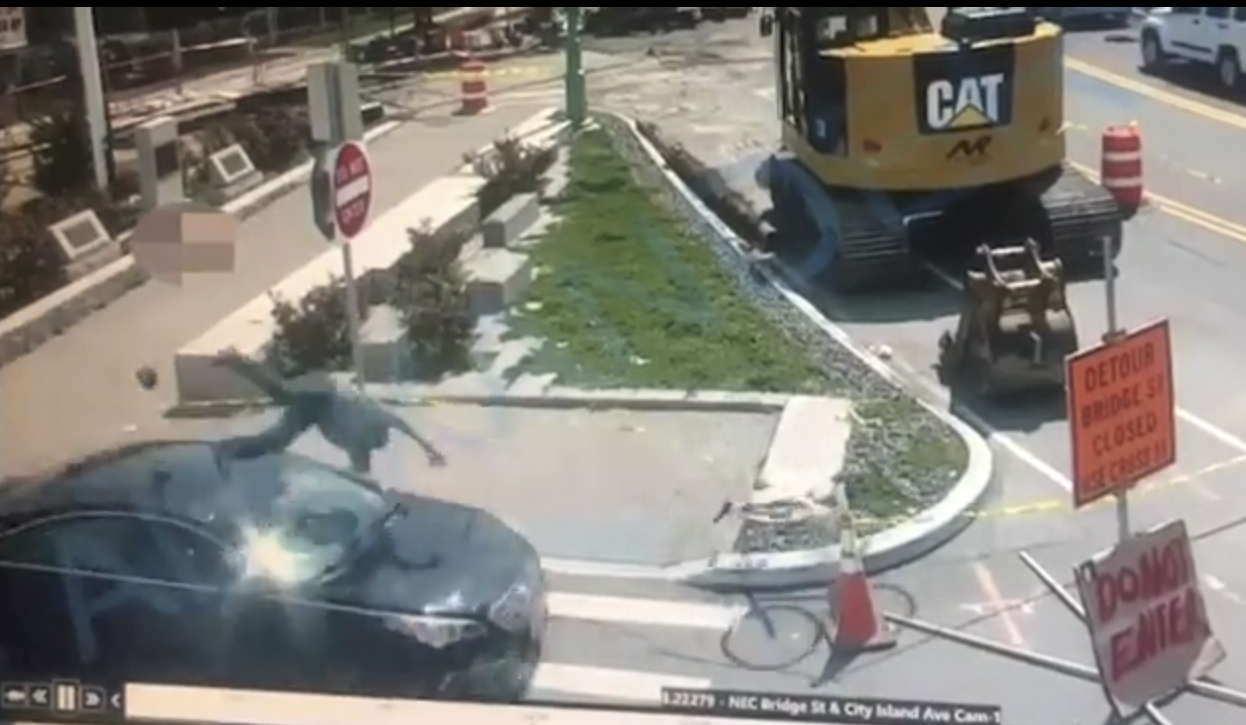 Walker ran over Reyes with his car after he saw his girlfriend being shotCredit: CCTV

After running him over, Walker pinned down Reyes to the hood of his car and started beating him until police arrived at the scene.

Walker hasn’t been charged but Reyes— who was recovering at the hospital on Thursday— was charged for manslaughter, murder, and possession of weapons.

Reyes’s motive for killing Mass is unclear, but he was reportedly friends with Mass, who died at Jacobi Medical Center.

He would pass by her at work and bring her lunches, according to the Daily Mail – suggesting he may have acted in a jealous rage. 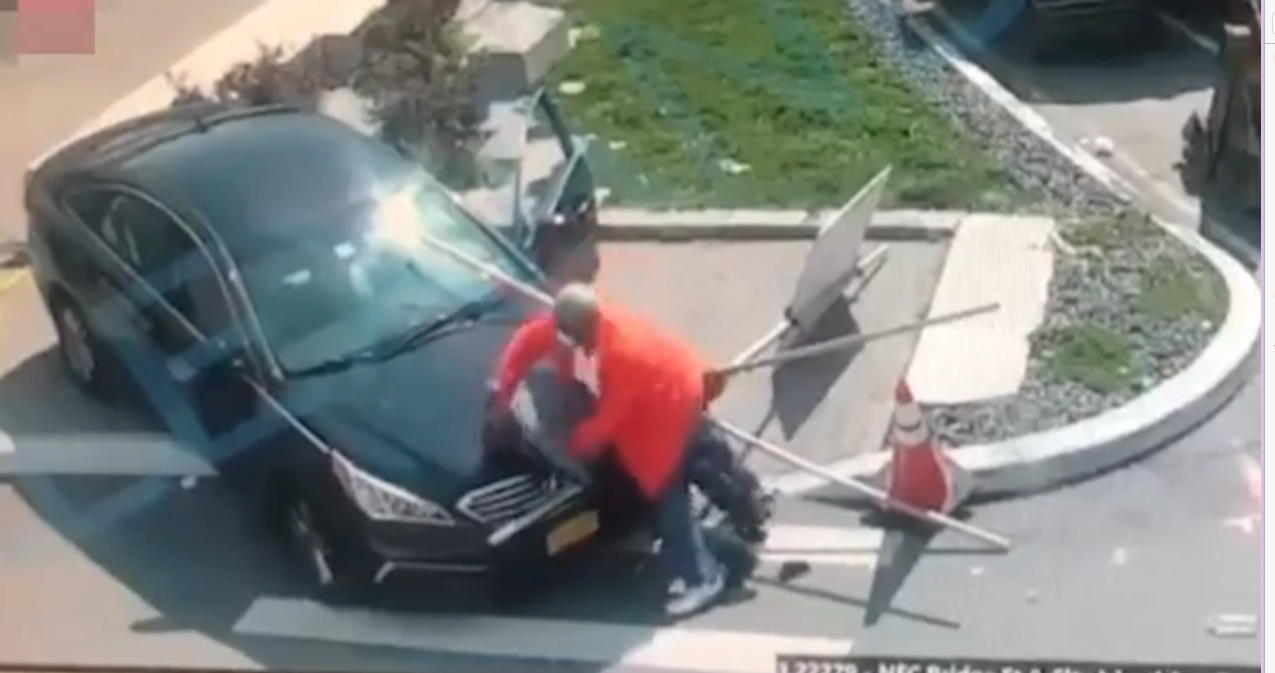 Reyes was charged for murder, manslaughter, and weapon possessionCredit: CCTV

“When my sister presented her boyfriend to him he changed his look. I think he didn’t know she had a boyfriend,’ the victim’s brother Raul said, according to the Daily Mail.

Reyes’s neighbors were shocked when they heard about the incident.

He lived in a basement apartment in Melrose in the Bronx for free in exchange for taking out the trash and cleaning, according to the Daily News.

“I never had a problem with him in seven years. He was always quiet, sociable.

“He seemed normal. I don’t know how this happened.”