THIS is the terrifying moment a giant chunk of cliff crashed on to a beach just feet away from caravans in the Canary Islands.

A major emergency has been declared on La Gomera amid fears that campers might be trapped under the rubble which collapsed creating a huge cloud of smoke visible for miles. 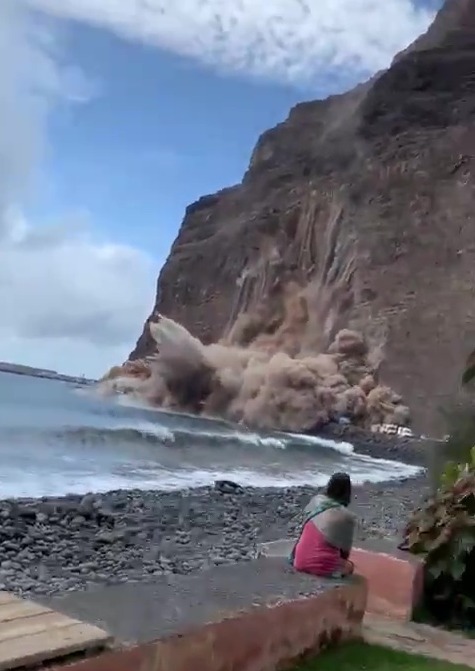 A cliff collapses in the Canary Islands, yards away from a group of caravansCredit: Twitter/@avtorresp 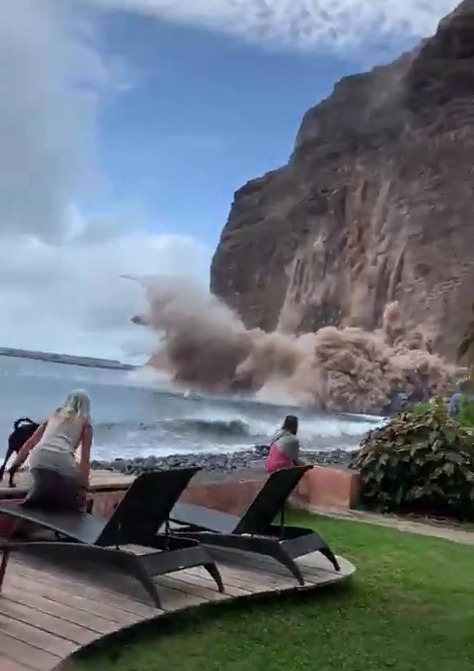 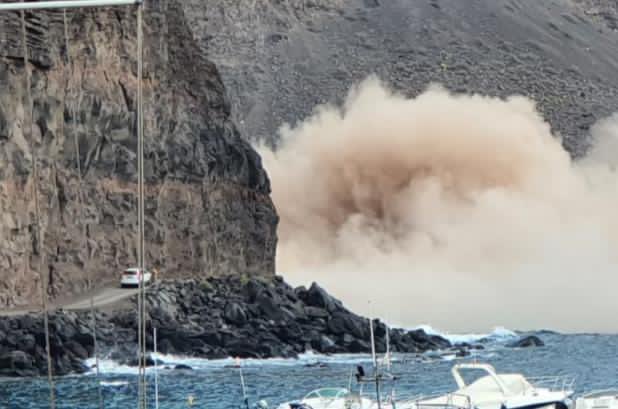 Several people were rescued by helicopters after becoming stranded after the collapseCredit: Twitter/@Ayto_VGR

The dramatic incident happened yesterday afternoon on the Argaga beach in the resort of Valle Gran Rey and was watched by shocked families on the shore who were heard shouting “RUN.”

Footage captures the moment the massive section of cliff gave way, crashing towards a number of caravans parked on the beach.

The rescue operation involved helicopters who successfully evacuated five caravan owners who had become stranded after the collapse.

Reports suggest several vehicles were buried but as yet there are no indication that anyone is missing.

According to reports, hill walkers were seen in the area where there are warning signs about the potential danger of the cliff collapsing.

Emergency services rushed to the scene and dogs are being used to sniff out anyone who might have been trapped.

The beach has been closed down as experts fear more of the cliff could collapse at any moment.

The emergency operation will continue overnight and local residents are being asked to account for all members of their families.

Government official Casimiro Curbelo said he was “optimistic” there would be no victims as moments before the collapse, there were small landslides in the area that prompted people to flee.

Firefighters, the Red Cross, Civil Protection volunteers, the police, Civil Guard and mountain rescue were all brought in.

Emergency workers from neighbouring islands, including Tenerife, have been sent over to La Gomera along with diggers to remove the rocks. 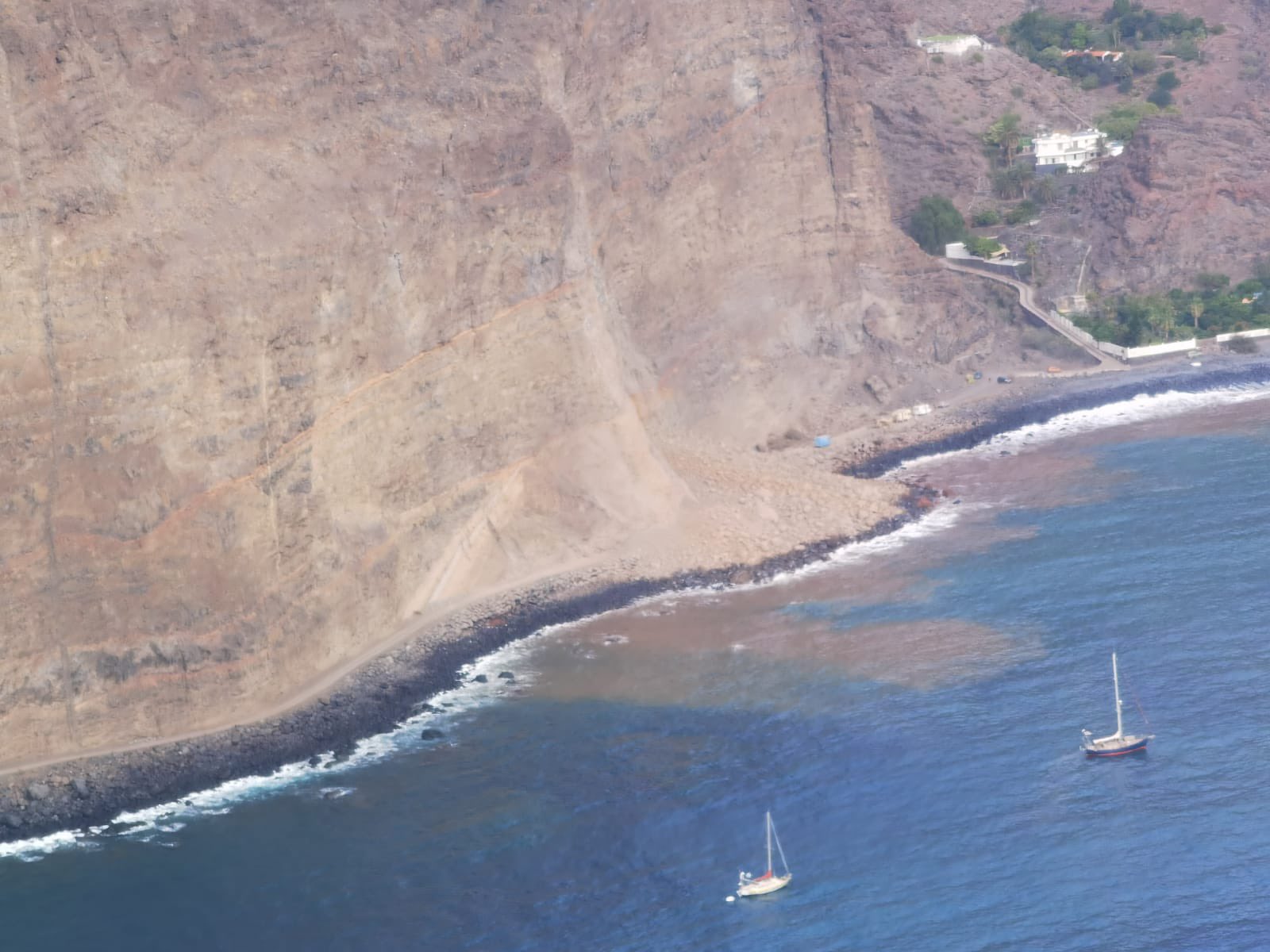 Emergency workers have been tasked with removing the rubble from the shoreCredit: Twitter/@Ayto_VGR