NEW footage has emerged from the ISIS massacre in Mozambique showing bodies strewn across roads and people fleeing for their lives amid the slaughter.

Dozens of innocent people were ruthlessly killed when terrorist militants went on the rampage in the key industrial town of Palma. 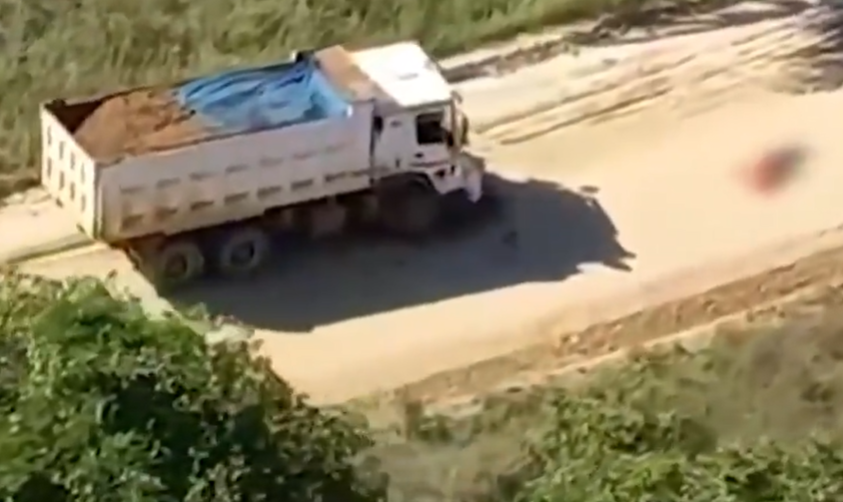 Dozens were killed during the bloody ISIS massacre in MozambiqueCredit: Sky News 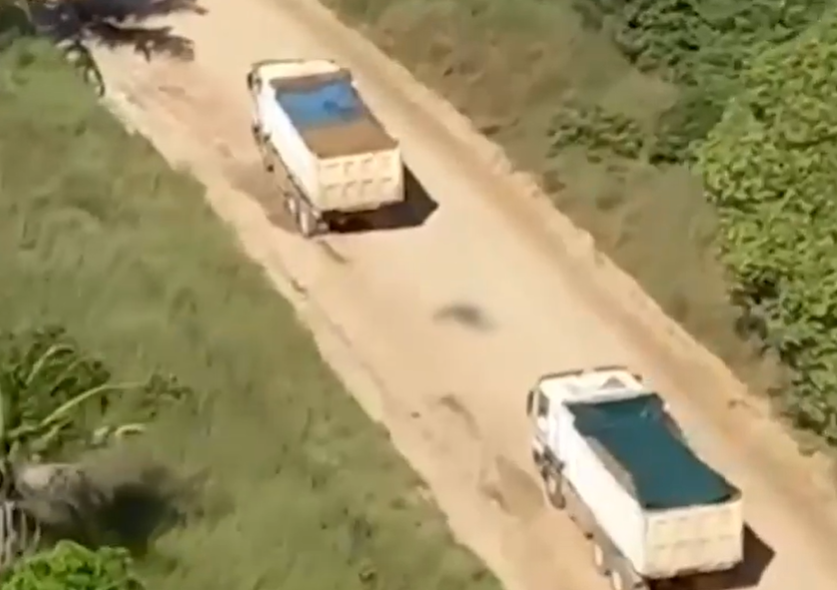 Footage shows the bodies of those killed after being pulled from their vehiclesCredit: Sky News

Now shocking photos and videos obtained by Sky News reveal the true scale of the attack, which left some victims beheaded near a huge gas field.

Some horror images portray the corpses of those brutally murdered after being pulled from their lorries by cold-blooded killers in the African nation.

Others show clouds of smoke billowing from buildings after the militants worked their way through the town killing those they came across.

One picture, taken from the air, shows people waiting to be rescued next to stones and white bed sheets spelling out the words “Help” and “SOS”.

Eyewitnesses told Sky the gunmen ruthlessly attacked nearby villages ahead of their main assault on Palma. 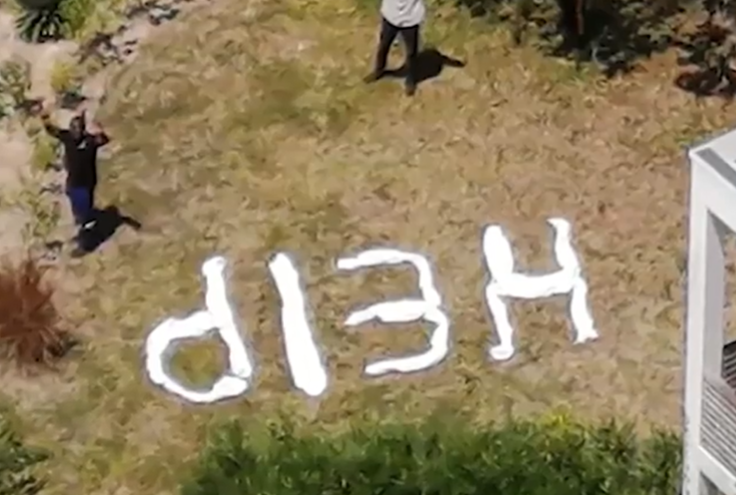 One image, taken from the air, shows people waiting for rescued next to a HELP ‘sign’Credit: Sky News 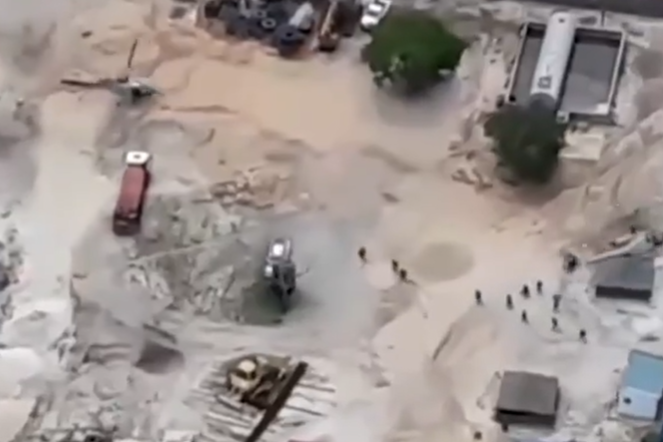 People desperately dash to board a rescue helicopter during gunfireCredit: Sky News 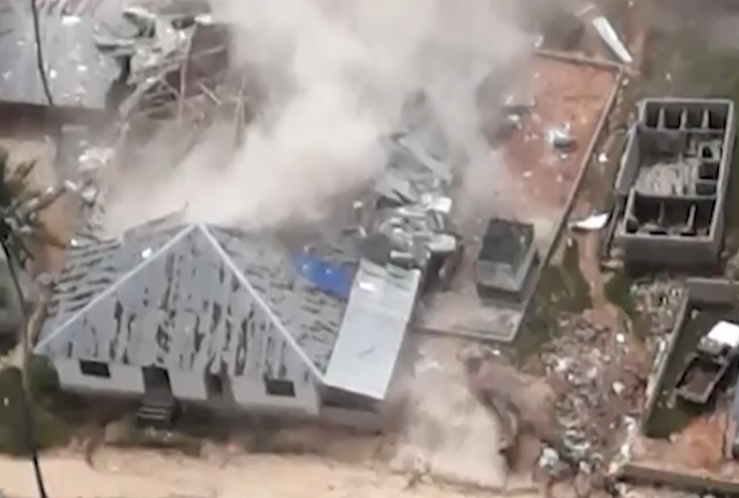 Multiple buildings were torched during the mayhemCredit: Sky News 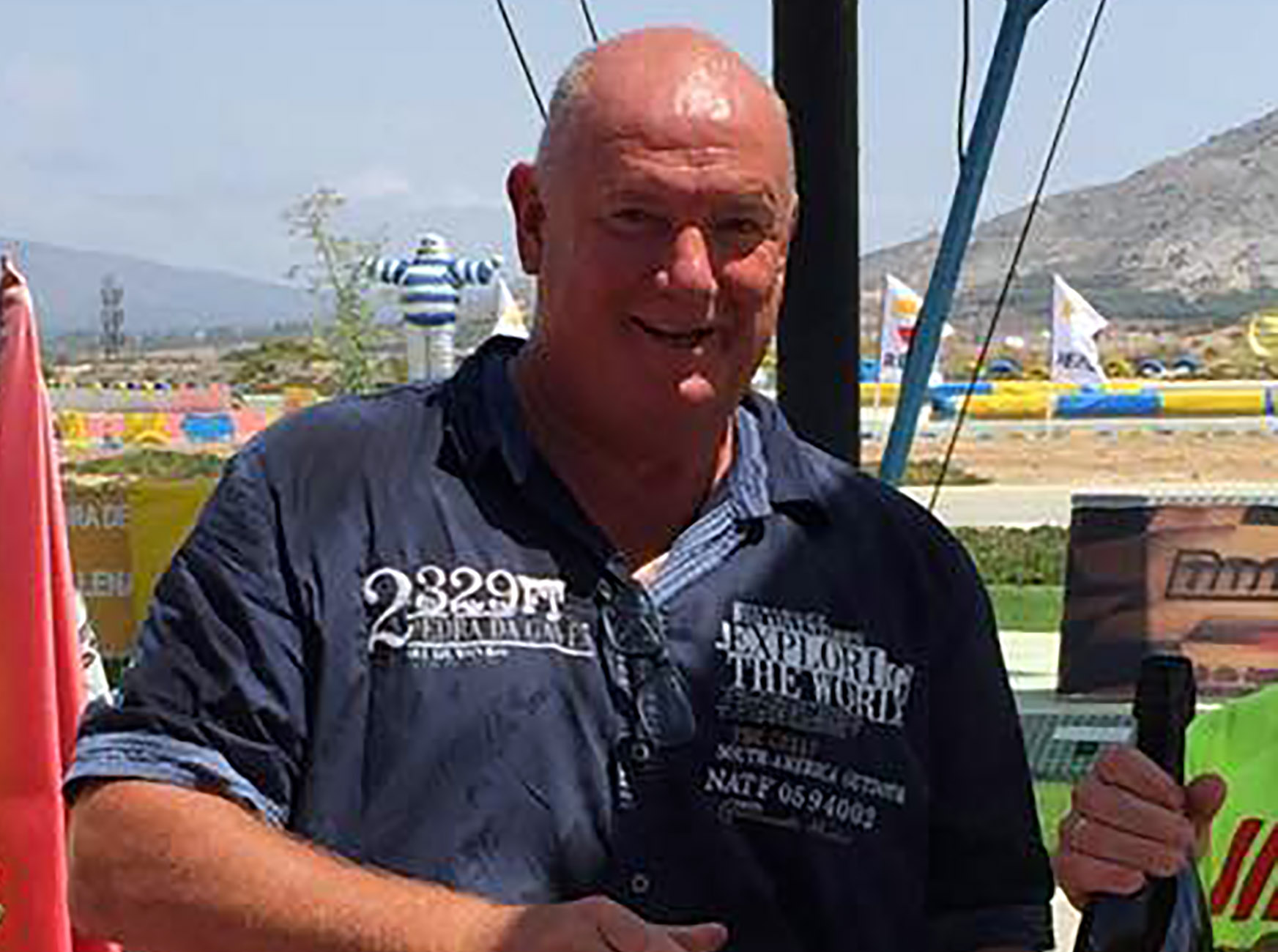 Mercenaries recovered a body in the search for Brit Philip MawerCredit: pixel8000

“The Mozambique army was completely caught off guard, they were being attacked from the inside,” one security analyst who did not want to be named revealed.

“They didn’t know which way to turn, some just abandoned their positions and ran,” he added.

Footage also showed helicopters of the Dyck Advisory Group, a private armed contractor hired by the government, trying to rescue those on the ground.

However, it’s reported the pilots could only take a few people at a time as they continued to land and take off despite coming under heavy fire.

Other worrying images features cars and trucks overturned and abandoned on the roads surrounding the under-siege town. 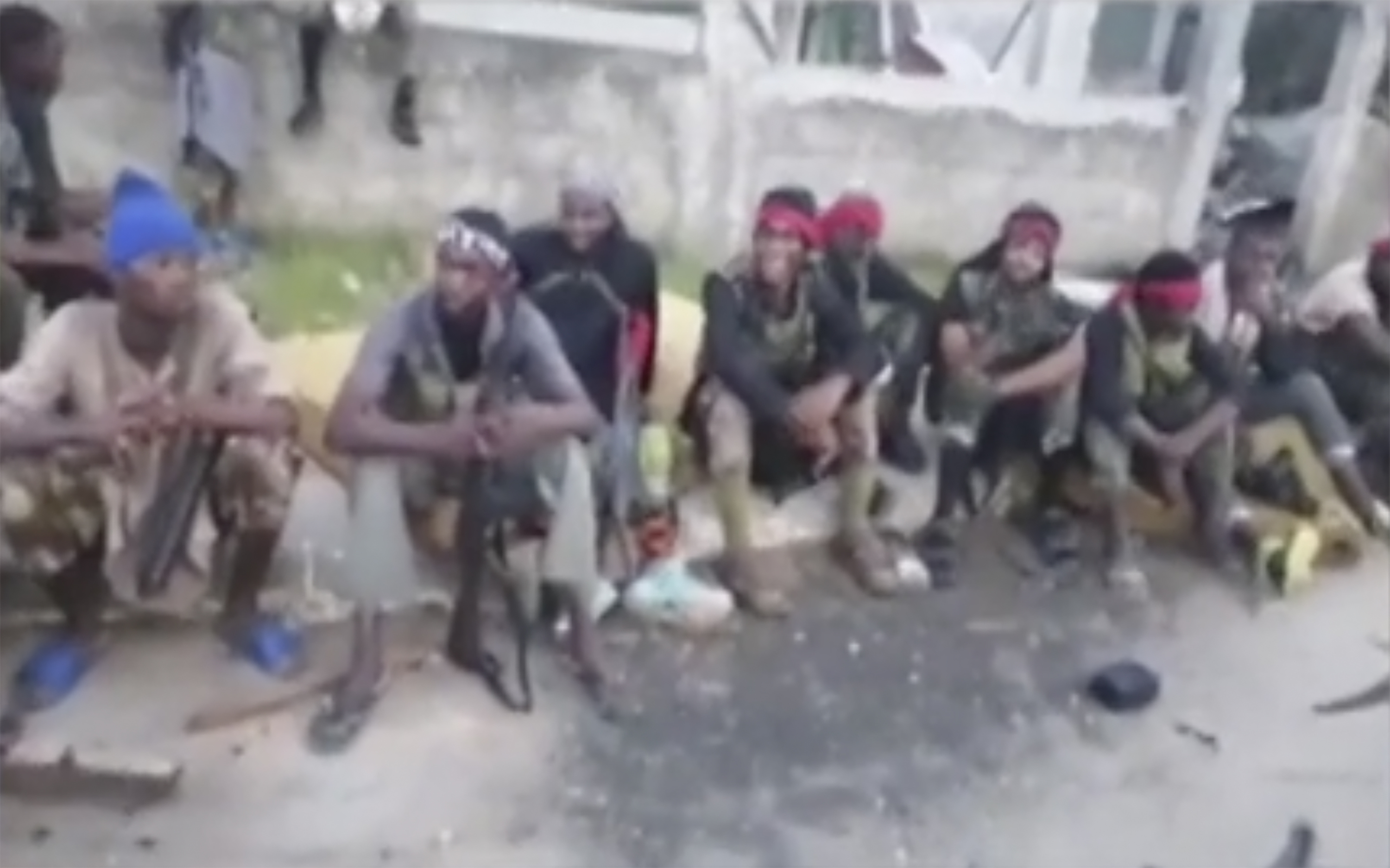 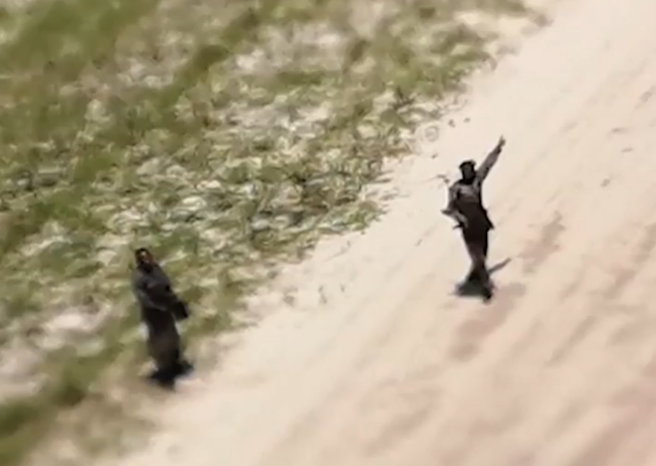 Armed men try to get a helicopter to land amid the slaughterCredit: Sky News 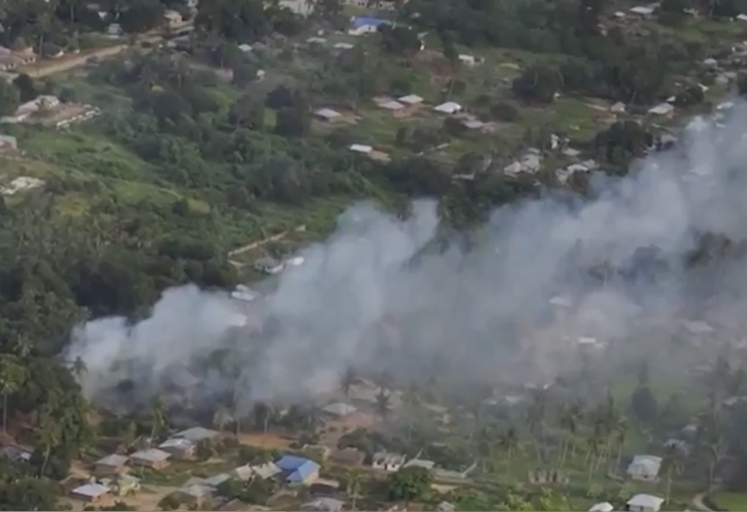 Smoke is seen billowing from homes in the town of PalmaCredit: Sky News 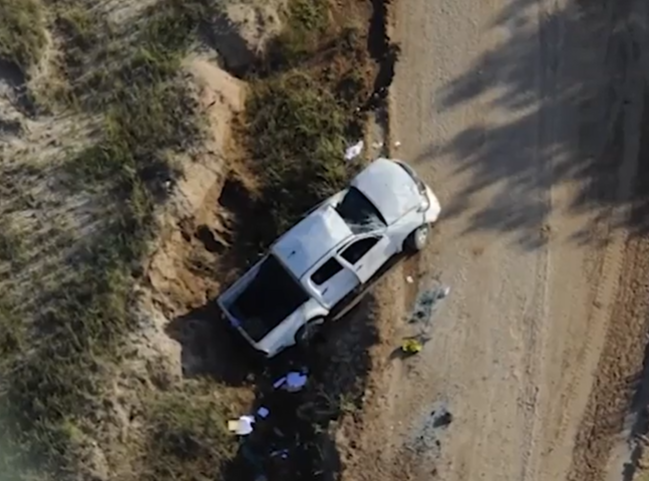 Cars and trucks were left overturned and abandonedCredit: Sky News

ISIS-linked militants have been attempting to gain control of the north east region of Cabo Delgado in the country since 2017.

Palma, which was first stormed last Wednesday, is in the north of the province and is near a multi-billion-dollar gas project run by Total.

Some 100 militants, many with Islamic State flags, now control the mining town of 53,000 near Africa’s largest natural gas field.

Around 1,400 residents were rescued by boats but witnesses said bodies, many beheaded, were piling up on the streets.

Mozambique’s Armed Forces said they were trying to retake the town and a spokesman for Zimbabwe’s president said regional countries were also preparing to intervene, if necessary.

Minister for Africa James Duddridge tweeted earlier this week: “The UK wholeheartedly condemns the appalling violence in Cabo Delgado. It must stop.

“We stand with the people of Mozambique against terror. We are contacting British people in the region to provide support and are updating our travel advice regularly.”