SHAQUILL GRIFFIN is devastated he won’t get to square off against his inspirational amputee twin at Tottenham on Sunday.

And the Jacksonville Jaguars star joked Miami Dolphins linebacker Shaquem has been ignoring his calls ahead of the NFL London clash.

Shaquill Griffin joked that he needs to back up his trash talk to brother Shaquem on SundayCredit: Reuters 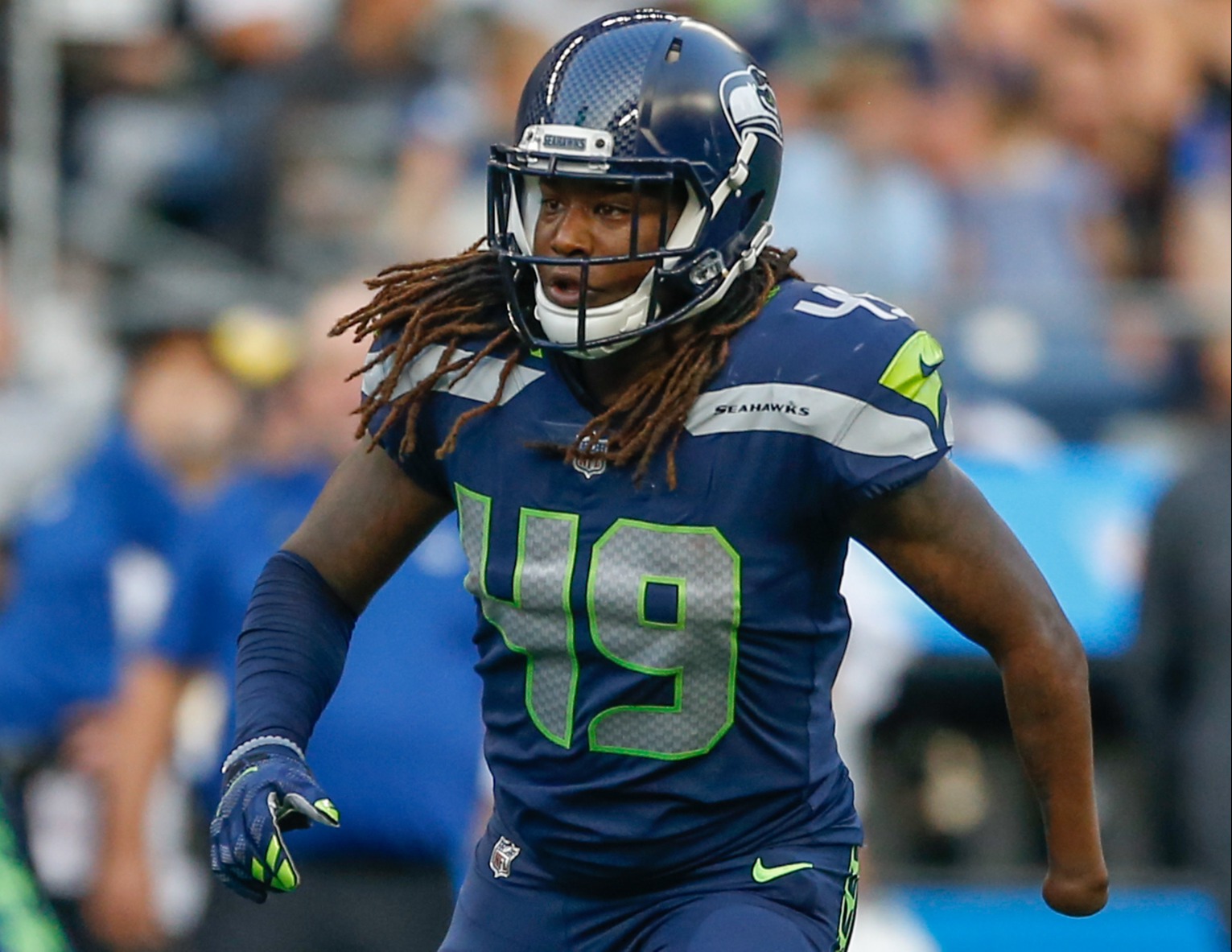 Amputee Shaquem played with his twin in high school, college and at Seattle Seahawks (above) before they both left the team this yearCredit: Getty Images – Getty

The Florida twins, 26, have played together their whole life and would’ve been on opposing sidelines for the first time ever at Spurs.

But Shaquem, who was born with amniotic band syndrome in his left hand which caused his fingers to not fully develop, didn’t make the Dolphins’ roster and was signed to their practice squad.

The pain was so intense in Shaquem’s hand when he was four years old that he grabbed a knife and tried to cut it off, which made his mum schedule an amputation the very next day.

He still competed alongside Shaquill at high school and college in Florida and the pair were both drafted by Seattle Seahawks one year apart in 2017 and 2018.

Both brothers left Seattle this year with cornerback Shaquill earning a whopping three-year, £29million deal in Jacksonville and Shaquem ending up with Miami.

Shaquill said: “I didn’t get a chance to talk to him this week and I kind of miss my brother a little bit.

“I called him, he didn’t answer. I text him, he didn’t text back. Then I tried to jump on a video game with him and he joined the party to talk, but then once I joined he left.

“I don’t know if it’s personal or not but I guess I’ll talk to him after the game.”

The Jaguars cornerback added: “Being the competitor he is, I understand he’s not going to be here but he’s rooting for his team.

“I’m trying to get this job done – I’ve been talking a lot of trash so I’ve got to make this happen.”

Speaking about his hand amputation earlier this summer, Dolphins linebacker Shaquem said: “I had a really strong family support system and they stood behind me no matter what.

“They didn’t allow me to look at myself differently or as opposed to my brother.

“Some people have one chip. I got a bag of chips. I always keep a bag of chips on my shoulder because I’ve always got to keep going and never stop.”