A RELATIONSHIP expert has said women should NEVER get married because it “overwhelmingly benefits men”.

Nadia Bokody, from Australia, shared a post on her Instagram explaining why women should avoid tying the knot with the opposite gender.

She explained: “Marriage is a sexist patriarchal construct that overwhelmingly benefits men and disadvantages women.

“Married men earn more and live longer as a result of the unpaid domestic labour women are expected to perform for them.

“Research additionally shows while the higher a man’s IQ is, the more likely he is to marry, for women the opposite is true.” 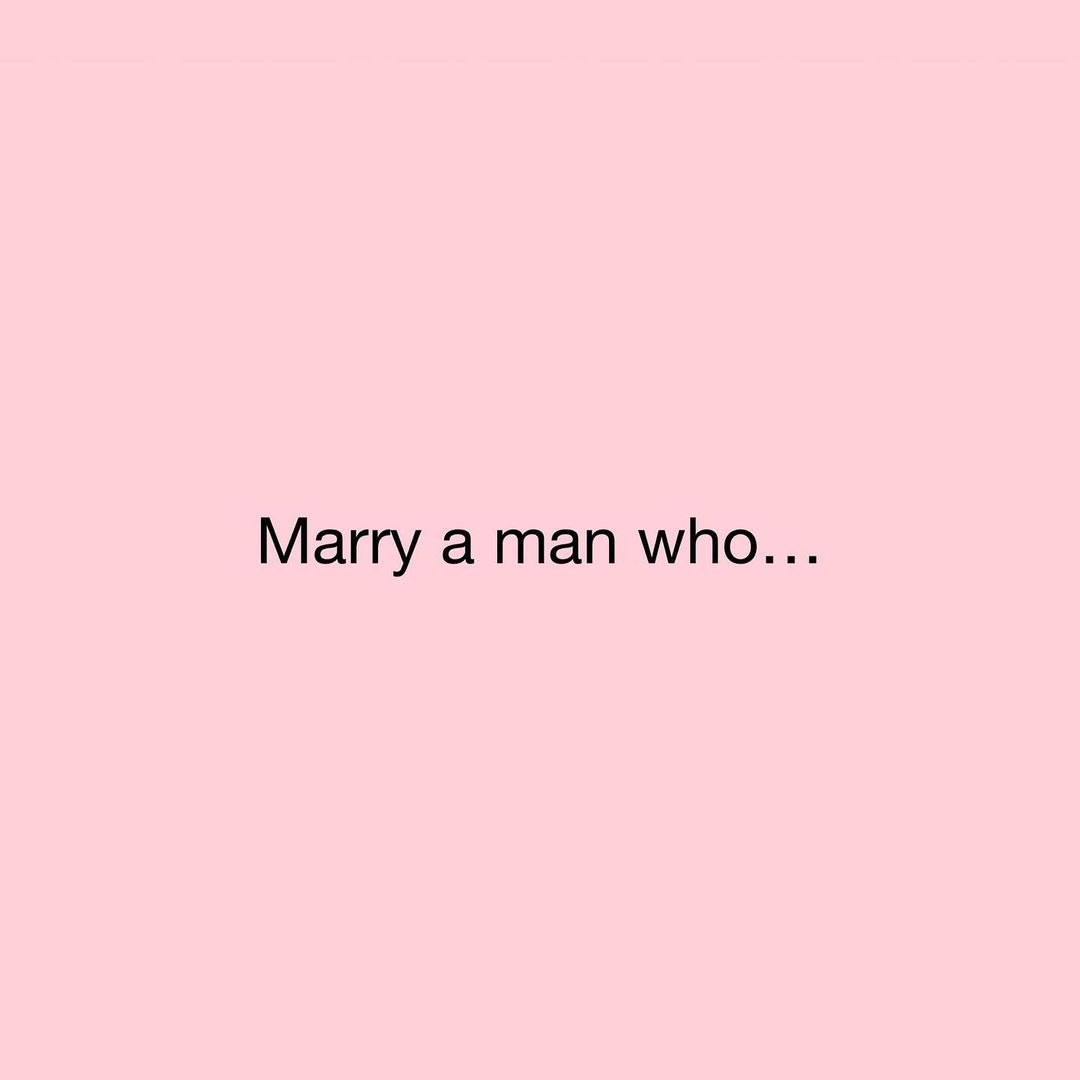 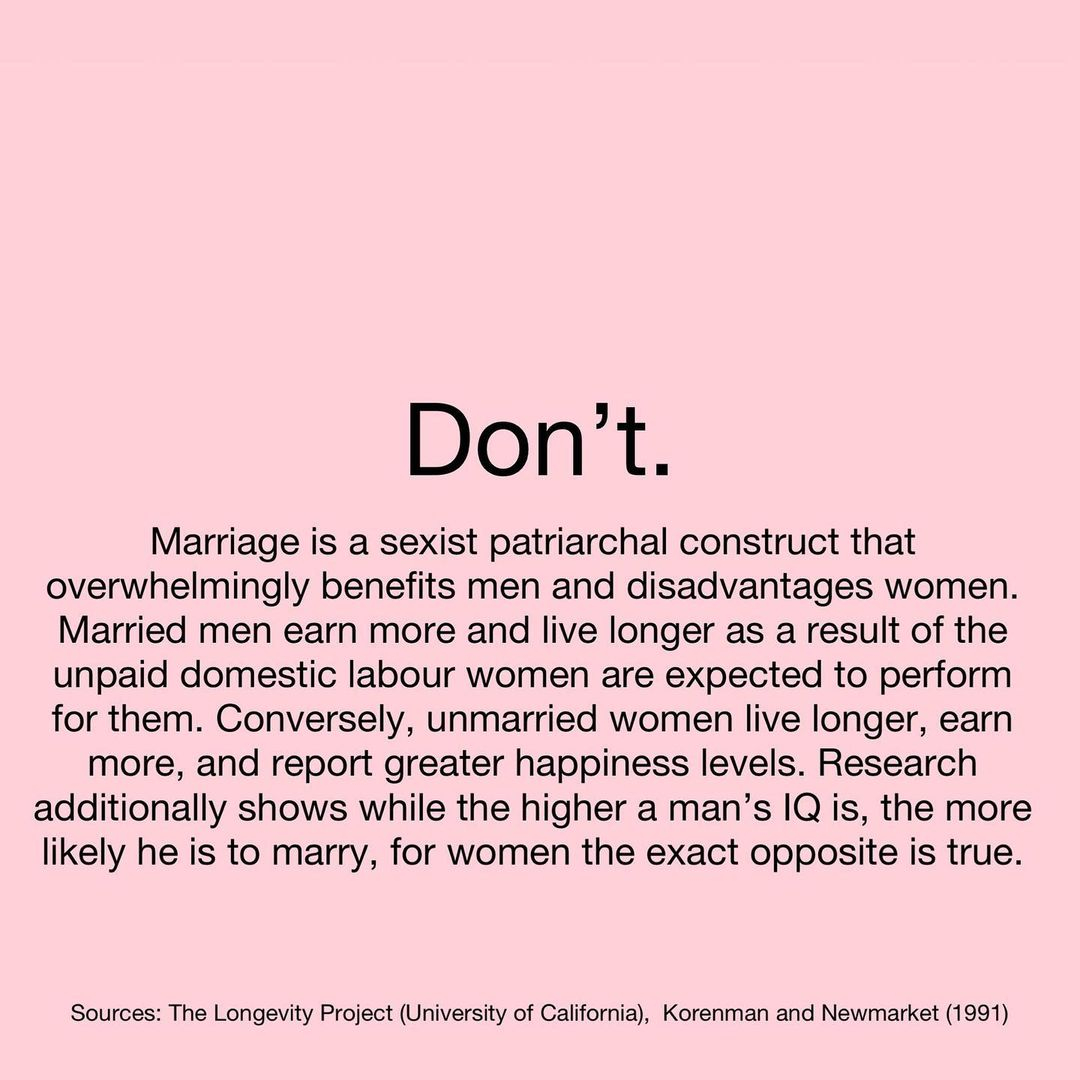 The relationship guru then shared this post and said that unmarried women live longerCredit: nadiabokody/Instagram

She added that fully expects that “fragile men” will now flood her comments section and call her a “man-hater”, but that she stands by her opinion.

Nadia went on to explain in the caption that research shows women do double the domestic load when cohabiting with a man and take on the lion’s share of child-rearing, even when working full-time jobs outside the home.

She added: “As a result, we tend to earn less and stall our career progression in heterosexual marriage, whilst men reap the benefits of our unpaid labour by earning more in the same scenario.

“It’s probably just a total coincidence, but current data shows more than 70% of divorces are initiated by women.” 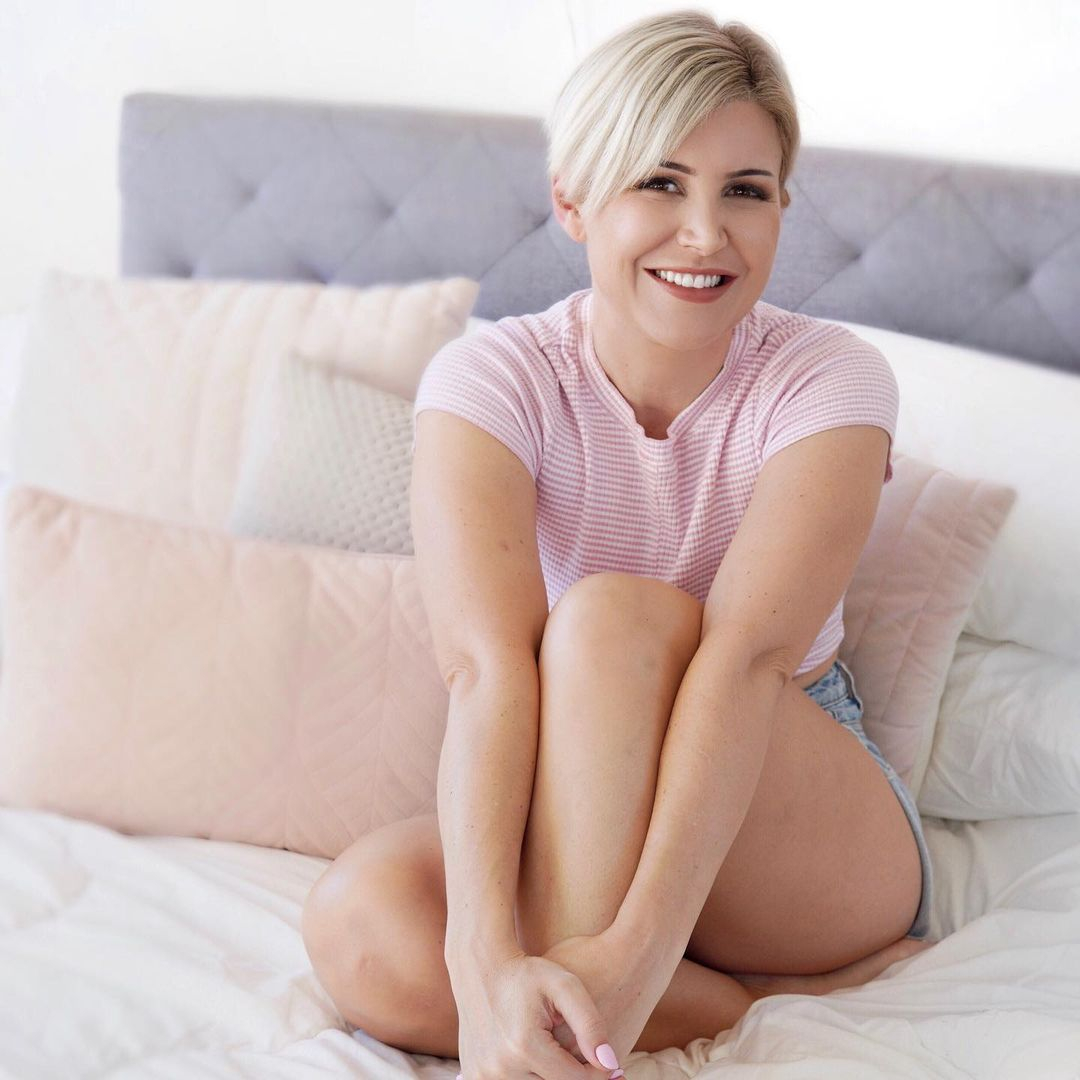 She added that fully expects that ‘fragile men’ will now flood her comments sectionCredit: nadiabokody/Instagram

It’s not the first time Nadia has been outspoken about relationships, and previously revealed why men ghost women after having sex.

The sexpert shared how she has a history of dating men who don’t text back after they’ve had sex.

Nadia wrote on News.com.au: “Men go silent after sex because we teach them to view it as transactional, and don’t raise boys to have the same kind of expressive communication as girls.

“While scoffing, ‘Boys don’t cry!’ and ‘REAL men are tough and strong’, what we ultimately do, is perform a kind of emotional castration on boys.

“Defined by Urban Dictionary as ‘the immediate clear mindedness or soberness an individual gains after orgasming,’ it’s a non-scientifically proven condition which largely exists to excuse away men’s poor post-coital behaviour.”

Previously, sexpert Nadia Bokody reveals the common lie told in the bedroom which is ‘hurting women’.

And a sexpert shared the four mistakes we’re all making in the bedroom and why you need to focus on ‘afterplay’.