THE ex-wife of a former NBA star is in prison for her role in the basketball player’s horror murder in a case that shocked the nation.

The discovery of Lorenzen Wright‘s body in a field, riddled with bullets, is just one of a series of chilling details in his death.

Lorenzen Wright (pictured) was murdered in 2010. His decomposed body was found riddled with bullets in a fieldCredit: Getty 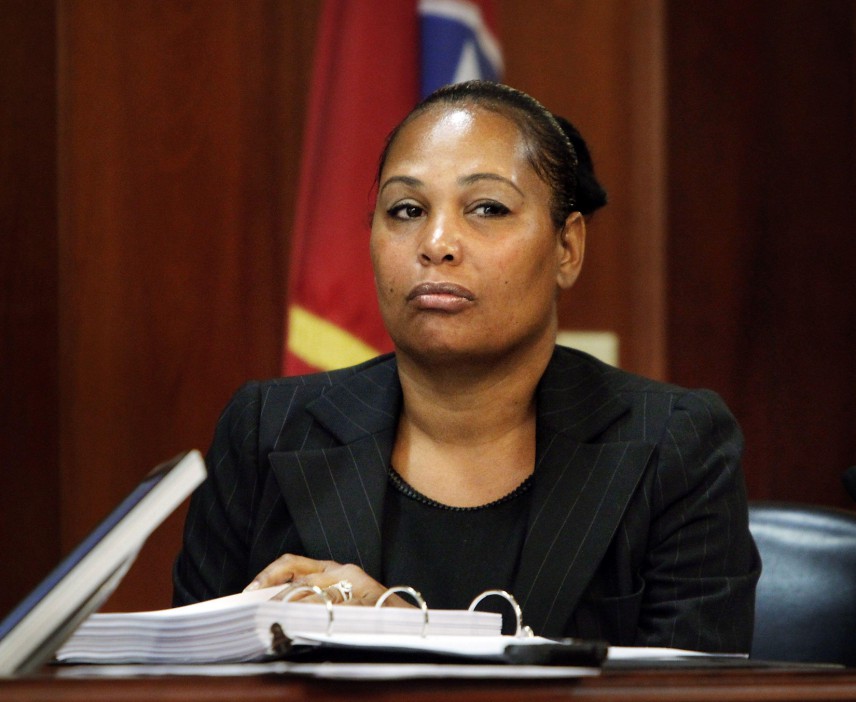 Lorenzen’s ex-wife, Sherra Wright, pleaded guilty to a charge of facilitation of first-degree murder and was sentenced to 30 years behind bars

A photo shows the grassy area where Lorenzen’s body was found on July 29, 2010Credit: Alamy

Sherra Wright pleaded guilty to her role in Lorenzen’s death in 2019 and was sentenced to 30 years in prison after his decomposed body was found in a field in 2010.

Lorenzen was a 34-year-old former NBA basketball pro who played for a total of 13 seasons after being drafted seventh overall in 1996.

His 2010 slaying is one of the most highly publicized murder cases in Memphis history, according to the Associated Press. 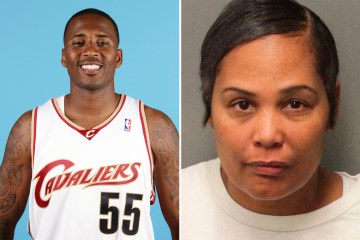 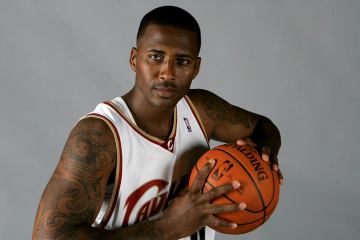 Police said he had just left the Tennessee home of his ex-wife Sherra with the two having only been divorced for five months at the time.

Both the Memphis Grizzlies and the city of Memphis offered a $5,000 reward for any information on Lorenzen’s whereabouts following his disappearance.

A tragic discovery came 10 days after he was reported missing. His body was found decomposing in a desolate field area near a golf course.

He was found with 11 gunshots to the head, torso, and right forearm, law enforcement revealed.

Lorenzen attempted to call 911 the morning of July 19, just after he disappeared.

The dispatcher reportedly could not locate him or make out what he was saying.

Instead, they reported hearing gunshots in the background.

The call would later be played in court with the resounding sound of shots fired presented to the jury.

Three suspects were eventually taken into custody in connection to what happened to Lorenzen, including Sherra’s cousin.

Lorenzen’s ex-wife Sherra, her landscaper Billy Ray Turner, and her cousin Jimmie Martin were all hauled in by police for questioning.

Martin testified in court that Sherra recruited him and Turner to kill Lorenzen.

Prosecutors said that Martin and Turner had previously gone to Lorenzen’s Atlanta apartment with guns.

They reportedly broke in, only to find someone sleeping on the couch with Lorenzen not home.

They left, and Sherra hatched another plan.

According to prosecutors in Turner’s trial, Turner and Sherra had a romantic relationship.

Turner was a landscaper in Atlanta and had met Sherra through the church they both attended.

Sherra allegedly told her cousin that she conspired a plan with Turner to have Lorenzen meet her at the field, where he would be attacked.

Martin further explained in court testimony that Sherra told him that she and Turner ambushed Lorenzen after luring him there.

They chased Lorenzen, who jumped a fence and tried to escape before they shot him.

Sherra originally maintained a story that Lorenzen was killed in a drug deal gone bad.

In July 2019,  she changed her tune and pleaded guilty to a charge of facilitation of first-degree murder.

As Martin was already being tried for the alleged murder of his girlfriend, he received immunity in the case.

During Martin’s testimony at the trial, he told the jury that Turner had disposed of the gun in a north Mississippi lake, and he had told detectives where to locate the gun in 2012.

The gun was later found by FBI divers only 50 miles from where Lorenzen’s body was discovered and Turner was arrested in 2017, shortly after the murder weapon was found.

A 12-person jury deliberated for two hours before finding Turner guilty of first-degree murder, attempted murder, and conspiracy in Lorenzen’s death on March 21, 2022.

Turner was sentenced to life in prison.

Though a motive wasn’t made clear in court, Lorenzen’s mother Deborah Marion claims Sherra killed him to access his million-dollar life insurance policy.

Sherra reportedly quickly went through the $1million following his death.

The policy was in place to care for the ex-couple’s six living children, if something were to happen to him.

Two of Wright’s children gave statements to the Tennessee Board of Parole to advocate for Sherra’s early release in May 2022, while Marion spoke out against her release.

Sherra claimed she had been behaving well in prison and should be released early in a request that was denied.

She is serving her sentence at a rehabilitation center and is required to stay for 30 percent of it before talks of release.

Sherra will appear before the parole board again in May 2027. 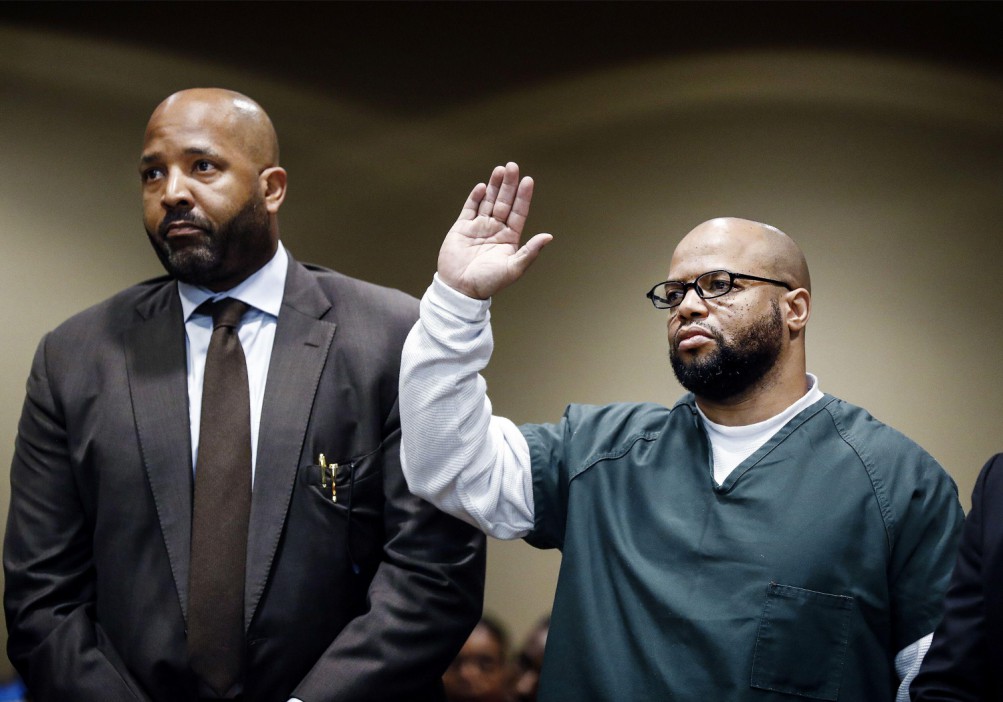 Billy Ray Turner, seen at a court appearance, (right) was found guilty of first-degree murder, and other charges 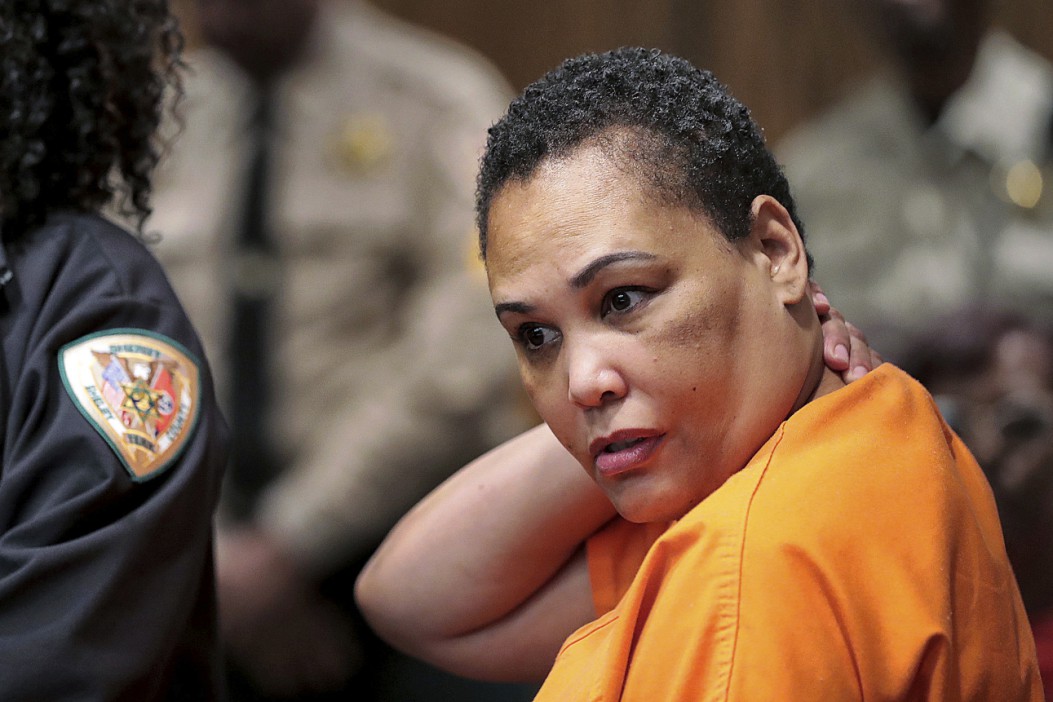 Sherra Wright is seen during a hearing in Judge Lee Coffee’s court in Memphis, Tennessee