SENATOR Ted Cruz appeared to be fighting back sleep on Wednesday night as President Joe Biden gave his first formal address to Congress.

The moment took place more than an hour into Biden’s speech, when the camera cut to the Texas senator as the president spoke about his plans for immigration reform. 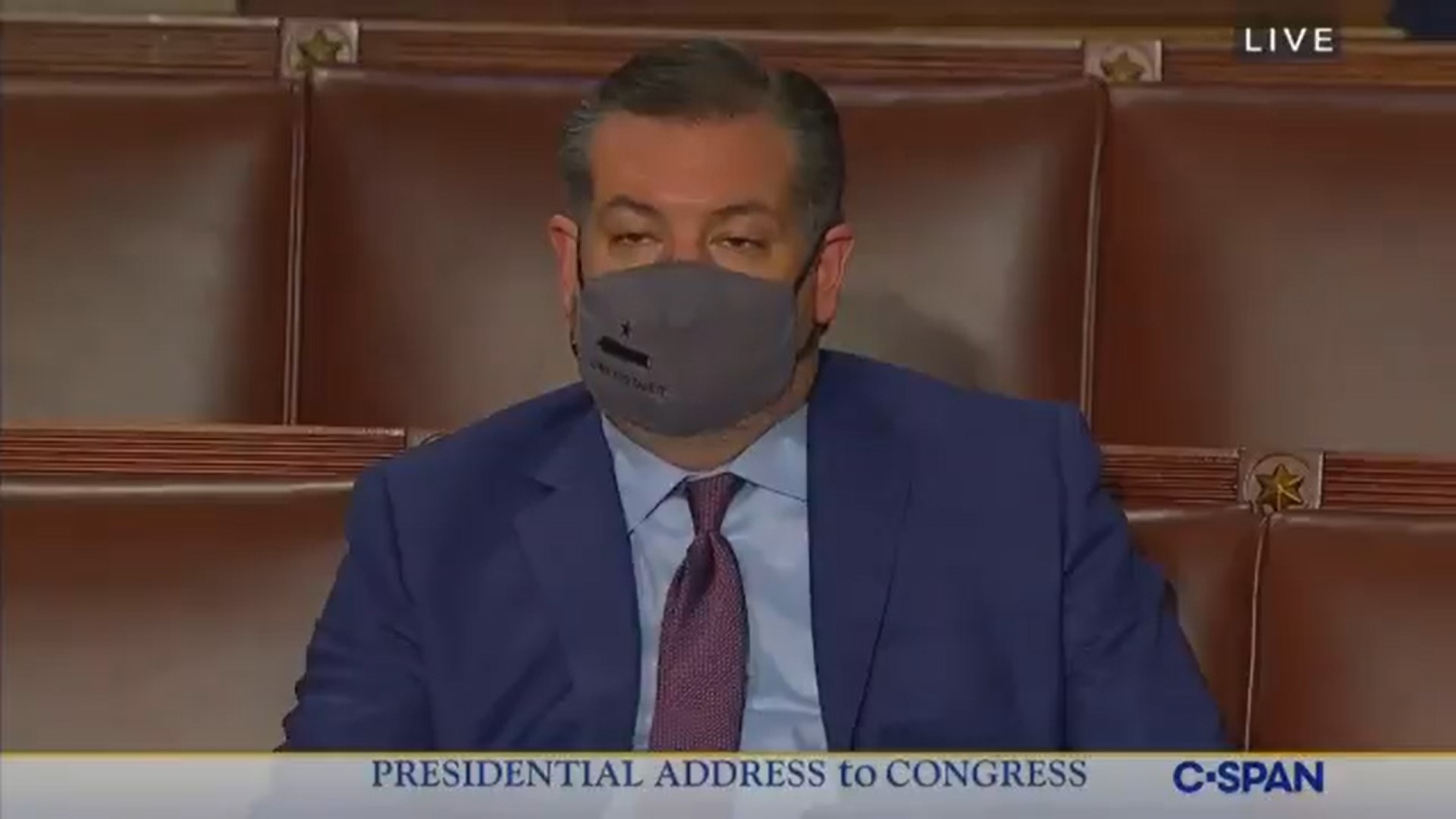 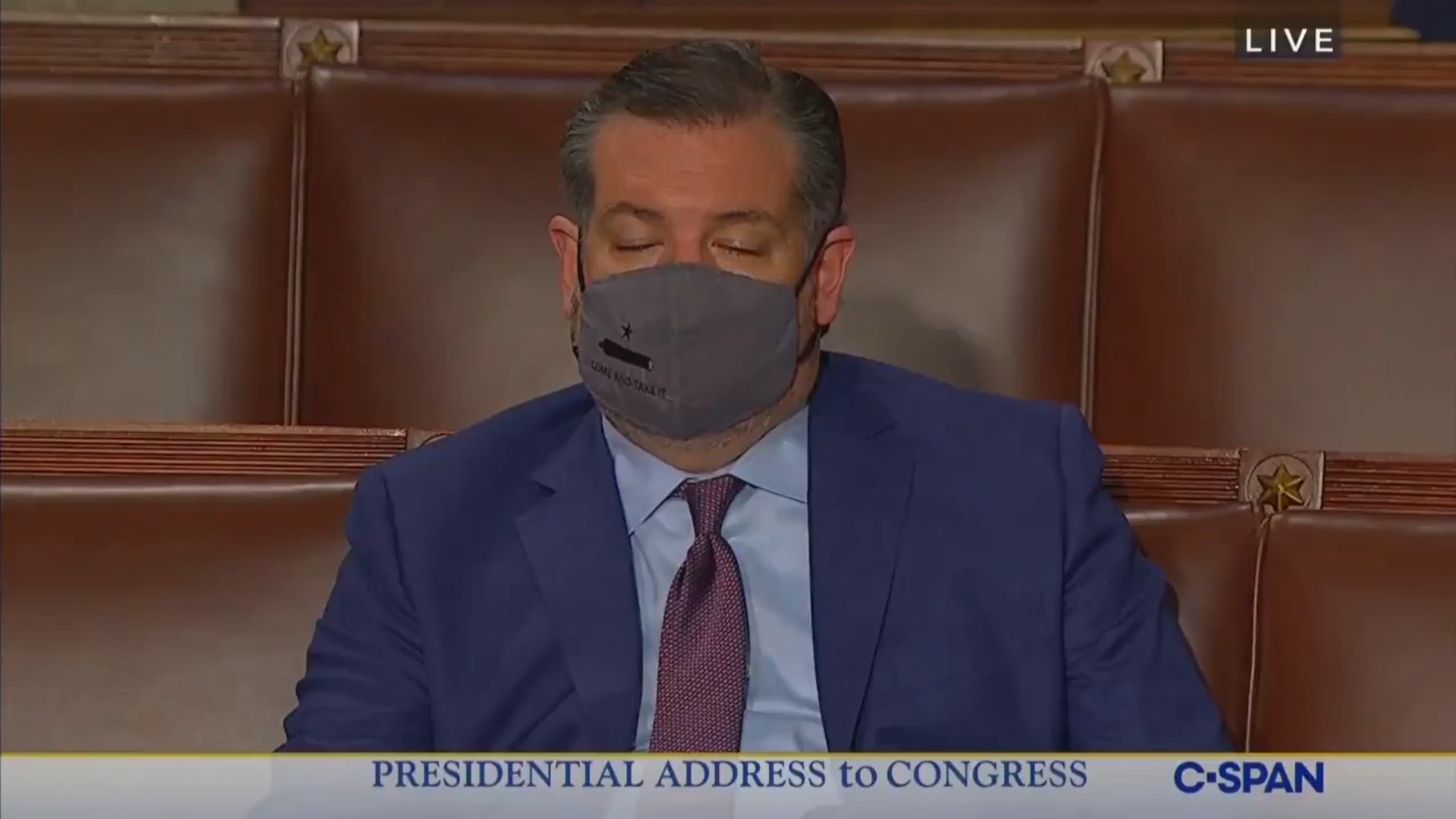 As the camera cut to the Texas senator, Cruz’s eyes slowly shut before snapping openCredit: CSPAN

Biden said: “If you actually want to solve a problem, I’ve sent a bill. Take a close look at it.”

It was at this point that the camera focused on Cruz, whose eyes shut for a brief moment before suddenly snapping open.

Twitter users were quick to take aim at the Republican from Texas – many focusing on the February backlash against Cruz, who took a trip to Mexico while his state was hit by a heavy winter storm.

“Ted Cruz is sleeping as soundly now as he did in the Ritz Carlton while Texans were freezing to death,” one user wrote.

Another, Aaron Rupar, a journalist for Vox, tweeted, “When you’re dreaming about Cancun,” along with an accompanying video.

Biden’s speech talked through not only his first 100 days in office, but also outlined his economic plans for how his administration would like to shape American society.

These plans, Biden said, would focus on have two main focal points: infrastructure and families.

Having passed a coronavirus relief bill in March, Biden has since released a $2.3 trillion infrastructure plan, known as the American Jobs Plan, and a $1.8 trillion families plan, dubbed the American Families Plan and release on Wednesday before the speech.

Following Biden’s address, Steve Guest, a communications advisor for Cruz, shared a statement from the senator on Twitter.

It read: “For the millions of Americans who found something better to do tonight than listen to Joe Biden outline his socialist vision for our country, I can summarize his speech in three words for you: boring, but radical.” 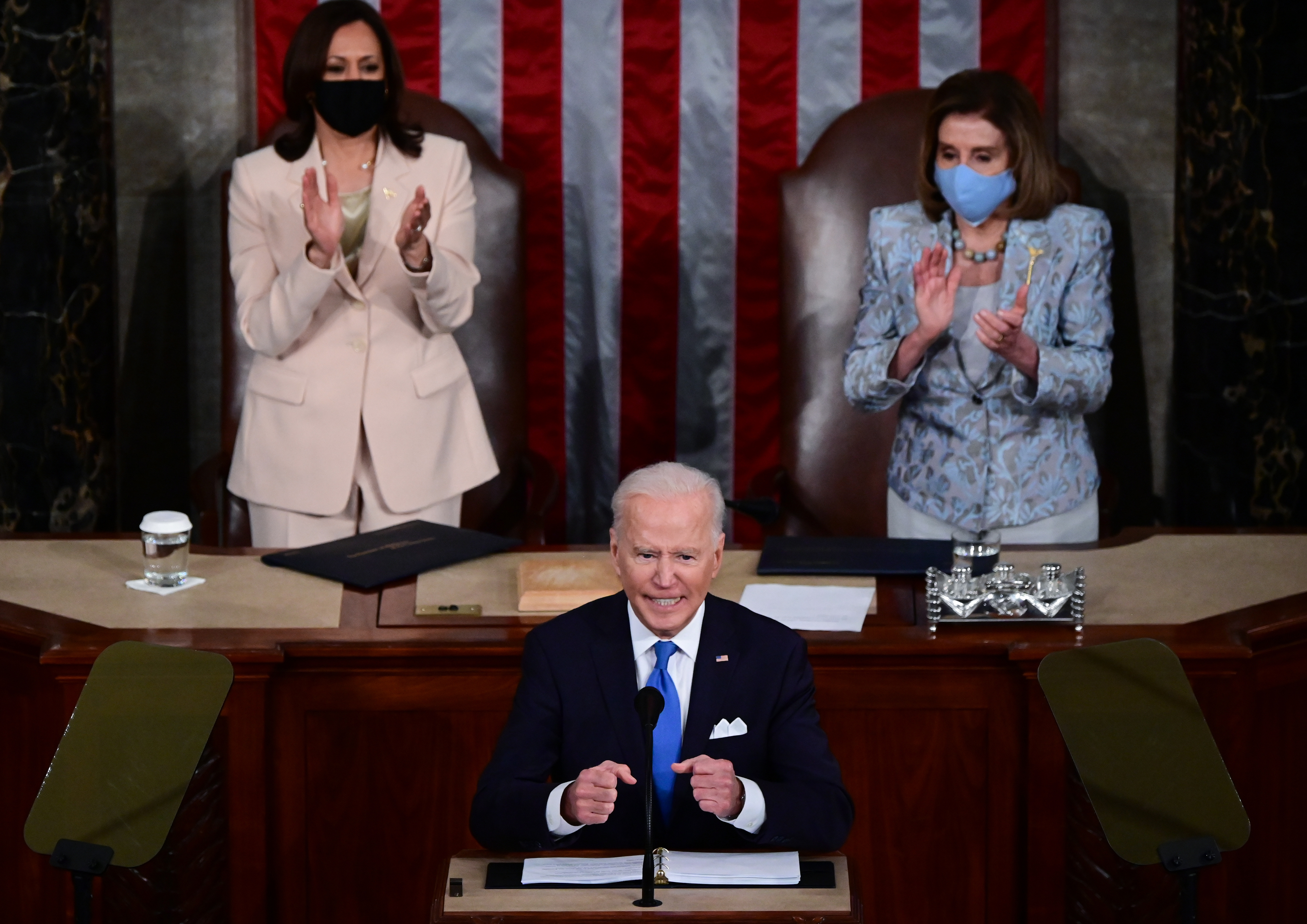 Biden was formally addressing Congress for the first time on WednesdayCredit: The Mega Agency 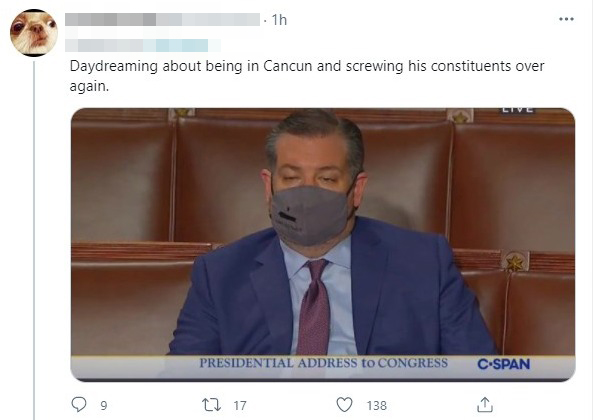 Man took aim at Cruz’s February trip to Cancun while his state was hit by a deadly winter stormCredit: Twitter