A SEALED Mario game from 1996 has sold at auction for more than $1.5million.

The staggering sum of money was paid for Super Mario 64, still in its original box.

The game was in excellent condition, rated by collectible firm Wata as 9.8 A++.

That means it’s extremely close to a “like new” condition, with an intact seal.

It was sold at Heritage Auctions, and is officially now the world’s most expensive game.

Super Mario 64 is one of Nintendo’s most iconic games.

It was notable for being the first fully 3D Mario game, and launched on the Nintendo 64.

The game acted as a showcase for the Nintendo 64’s improved graphics potential.

And it received rave reviews across the board, with scores generally falling between the 9/10 and 10/10 mark.

Super Mario 64 regularly features in round-ups for the best games of all time.

This latest sale crushed a recent record-setting auction of an original Legend of Zelda cartridge for the NES, which sold for $870,000 just last week.

It’s believed that there are just five similarly high-quality copies of Super Mario 64 in the world. 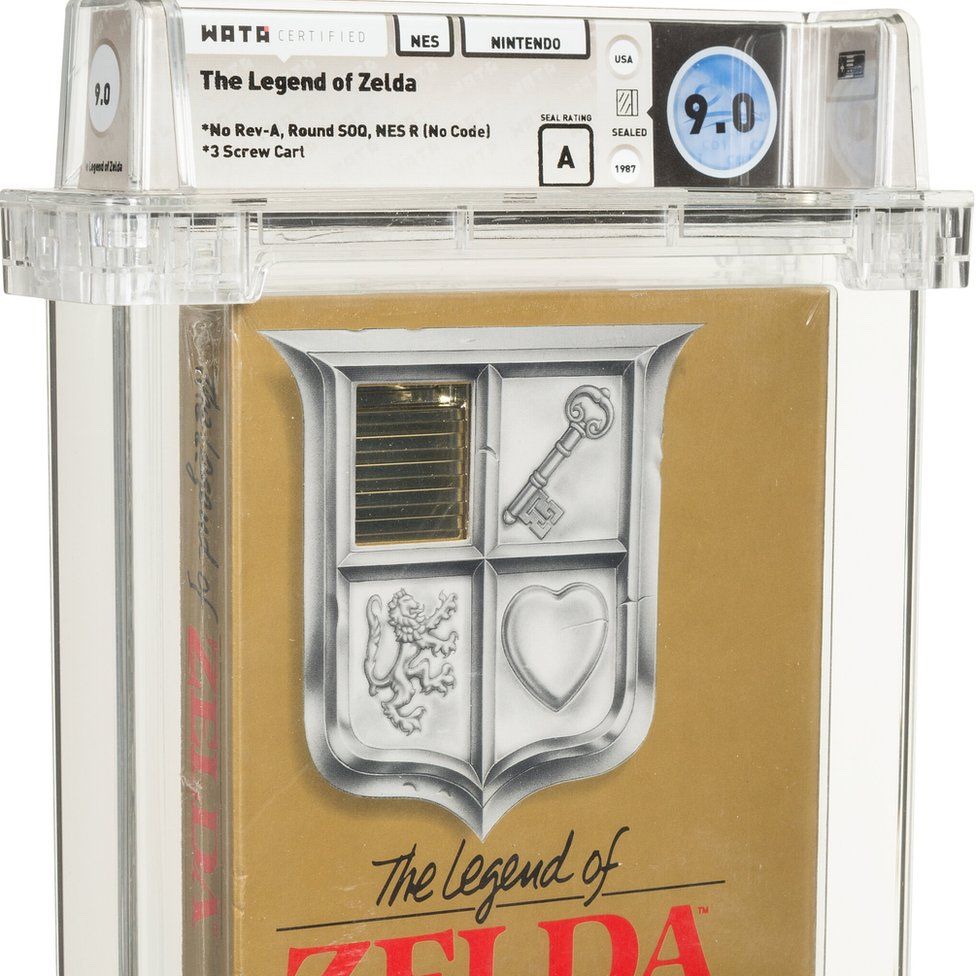 This was the previous record-holderCredit: Heritage Auctions