THE family of a miracle Covid survivor who spent 172 days in intensive care told how they feared he wouldn’t live to see Father’s Day.

A dad who spent 172 days in ICU feared he wouldn’t live to see Father’s DayCredit: The Sun 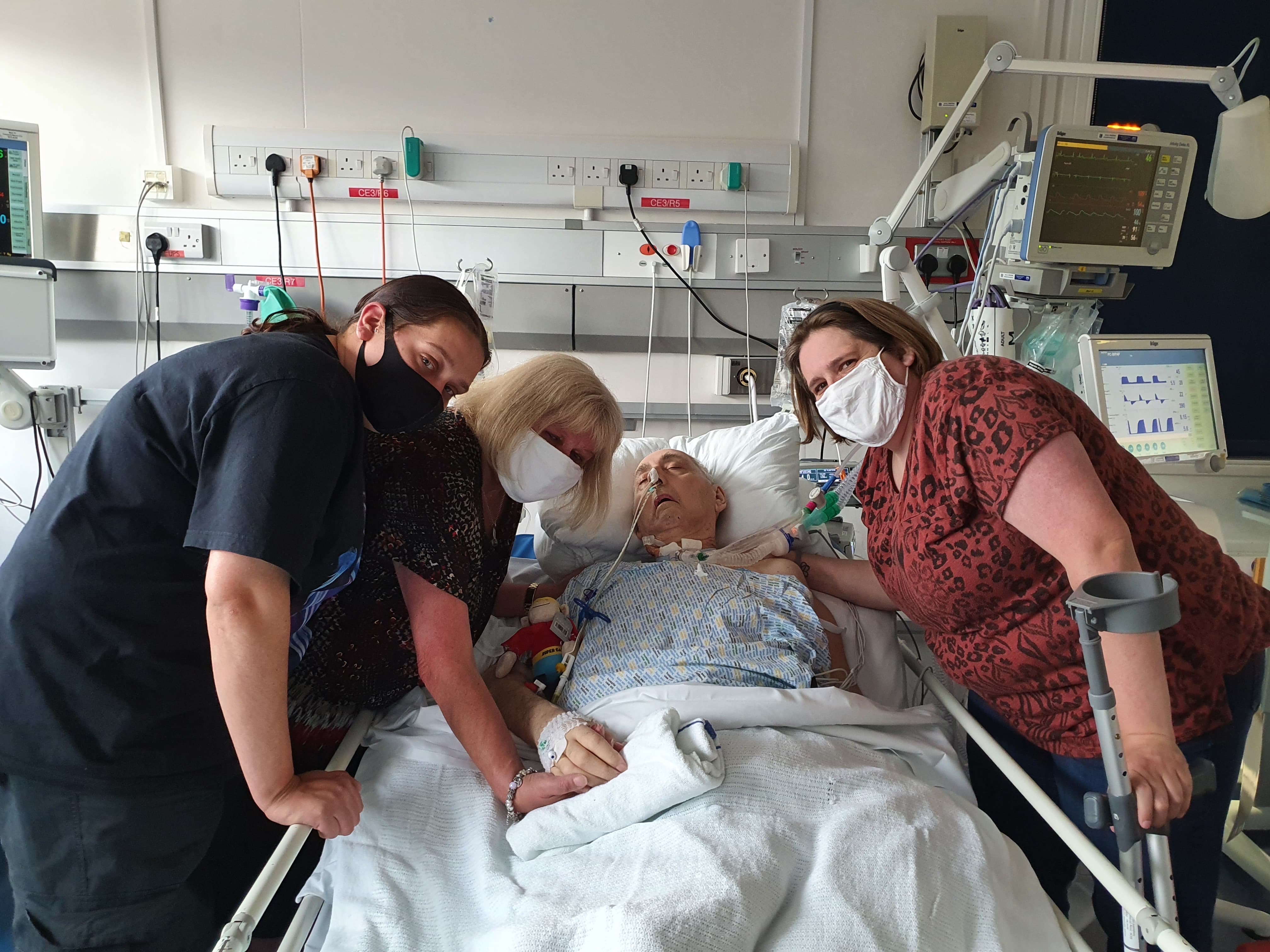 Brian Mearns made a miracle recovery from the bug

And they said they feel blessed to be celebrating with him today over his favourite lasagne dinner.

Recalling how Brian, 64, was fighting for his life in hospital this time last year, Leah said: “We were convinced he had seen his last Father’s Day because he was so poorly.

“I think he spent it unconscious and we weren’t allowed to go and see him.

“So for him to still be here and celebrating with us is just amazing. It’s a miracle.

“He is definitely a superdad. We appreciate him even more now because we came so close to losing him.

“We cherish every moment we spend with him. I feel lucky to still have my dad.”

Brian, of Edinburgh, fell ill with Covid in March last year. He had to drive himself to the city’s Western General Hospital because wife Gillian, 64, above, was also ill and thought to have the bug.

During a terrifying ordeal, his family were called to his bedside four times to say goodbye but he managed to beat the infection.

We told how medics lined up to clap him out of intensive care last September. He was later transferred to a rehab unit and finally returned home for Christmas.

Brian, who insists being here today is the best Father’s Day gift he could ask for, said: “It’s not about the presents at all. The main thing is that we are all here and all together for it. It’s going to be a very special day.

“I never really knew much about what was going on when I was in hospital and I’m just finding out bits and pieces now. I feel very lucky to be here for another Father’s Day. I saw a lot of people going out of the hospital in bags.”

Dog lover Brian — who still needs oxygen, district nursing care and physio to aid his recovery — has bought himself a mobility scooter so he can take new pup Freddie for walks.

But he hopes he will one day be fit enough to enjoy a round of his beloved golf. He joked last night: “Leah can caddy for me.”