SAVERS are being urged to be careful before transferring their pension pot to a different provider as an industry spat rumbles on.

Online pension firm PensionBee has accused other providers of using new rules to block customers from moving their pension pots.

Pensioners could be losing out on hundreds of pounds due to new regulations causing delays in transfersCredit: Alamy

But now providers have hit back, saying the firm’s “refer a friend” scheme is triggering red warnings in their fraud detection systems and this is causing a delay for some customers.

The spat stems from a major rule change for pension providers which came into effect back in November.

Under new regulations, pension providers must now carry out more stringent checks when a customer asks to move their pension pot to another provider.

There are a number of reasons you might legitimately move your pension pot, for example if you change job and want to make sure you have all your retirement savings in one place, or if you find a provider with cheaper fees. 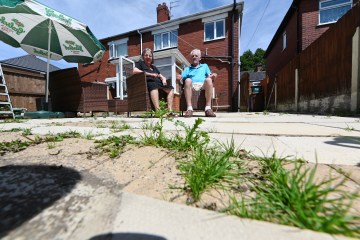 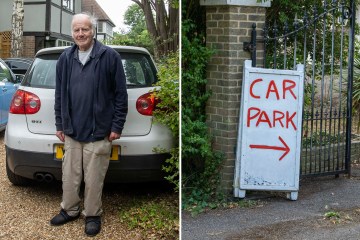 But there has been pressure on the industry to do more to protect customers after many people have lost their life savings because of fraud.

Scammers offering free pension reviews are telling savers to move their pensions into spurious investments, only for the victim to lose all their money.

The tighter transfer rules aimed to tackle that problem, but some experts are now saying they’re causing another issue.

The stricter checks take longer, and pension experts have said it’s slowing down transfers and costing savers hundreds of pounds as a result.

When your pension is being transferred, your money is usually taken out of the stock market and put in cash – and that means your savings can’t keep growing while you’re waiting for the transfer to take place.

Andrew Megson, executive chairman of advice firm My Pension Expert, said such delays had seen some of his clients lose as much as £900 while they waited for transfers to take place.

Andrew said some delays were necessary but that “needlessly prolonging these delays is costing innocent consumers dearly”.

Pension providers have to make an assessment before being able to transfer your pension.

If you are simply transferring your pension from one mainstream provider to another, there should be no issues.

But if you are moving your savings pot to an obscure investment or smaller pension firm, your current provider may flag a “red” or “amber” warning of a potential scam.

And providers have said that PensionBee’s “refer a friend” scheme, which offers £50 to those who transfer their pension to it, is categorised as an “incentive”, which could be perceived by some systems as a potential fraud.

What have the providers said?

A spokesperson for the Trustees of the Cushon Master Trust said: “Our legal advisers have instructed us that PensionBee’s ‘refer a friend’ scheme constitutes an incentive which means that we cannot permit a statutory transfer.”

A spokesperson for pension firm B&CE added: “We have been in contact with providers which offer transfer incentives, to suggest a constructive way forward in the best interest of our members who wish to transfer.

“The additional checks we are having to undertake in no way prevent our members from transferring their funds.”

She said: “It’s appalling to see pension schemes abuse regulations to prevent savers from moving their retirement savings to their provider of choice.”

A typical pension transfer should take around 12 weeks or less – and there’s a legal deadline of six months for defined benefit pensions transfer.

But Savova has called for a 10-day pension switch guarantee to be introduced to speed up transfers, and be enforced by the Financial Ombudsman.

My Pension Trust’s Megson said extra measures introduced by some providers such as “money helper appointments”, which explain the risks or transferring a pension and of potential scams, were slowing things down further.

The Department for Work and Pensions and The Pensions Regulator put out a joint statement in response to the widespread concerns, saying they would continue to review how the new regulations were working.

They urged providers to continue as usual where a transfer causes no concern, adding that this “should be the vast majority of cases”.

Helen Morrissey, pensions analyst at Hargreaves Lansdown, said: “This regulation is intended to give pension providers greater power to protect people’s life savings from scammers – it shouldn’t add any extra red tape where a genuine transfer request is made.”

What should you do if your pension transfer is delayed?

There are options if you think your pension transfer is taking too long.

Clare Moffat, pensions and legal expert at Royal London, said your first port of call should be to go through your provider’s complaints process.

If you’re not satisfied with the outcome, you can go to The Pensions Regulator or the Pensions Ombudsman, she said.

The Pensions Regulator is a government agency which regulates workplace pension schemes, while the Pensions Ombudsman is an independent body set up to deal with pension complaints.

In a pension dispute, it will aim to come to a resolution, which could include compensation for the pension holder.

It can look at issues such as a provider breaking a promise, taking too long to do something (like a transfer) without good reason, and giving incorrect or misleading information.

How long should a pension transfer take?

This can vary from provider to provider, and will also vary depending on which type of pension you have.

A transfer can take as little as two to four weeks, and will usually take no longer than 12 weeks.

More complicated pensions, such as defined benefits schemes, can take up to six months.

To carry out a transfer, you’ll need to set up a new pension account and inform your provider of your old pension details – it should contact your previous pension firm to carry out the transfer.

Your provider should keep you up to date with the progress of your transfer as it is carried out, and will let you know when it is complete.

The Sun previously reported on the best and worst pension providers in terms of time taken to make transfers.

One company, Mercer, took an average of 62 days to complete transfers.