SAM Thompson was left in hysterics after thieves ditched girlfriend Zara McDermott’s stolen suitcase because the items inside “sucked”.

The Made in Chelsea star, 29, and Love Island’s Zara, 24, told fans that their car had been broken into and showed a snap of the damage.

Zara McDermott pleaded for the safe return of her pink suitcase 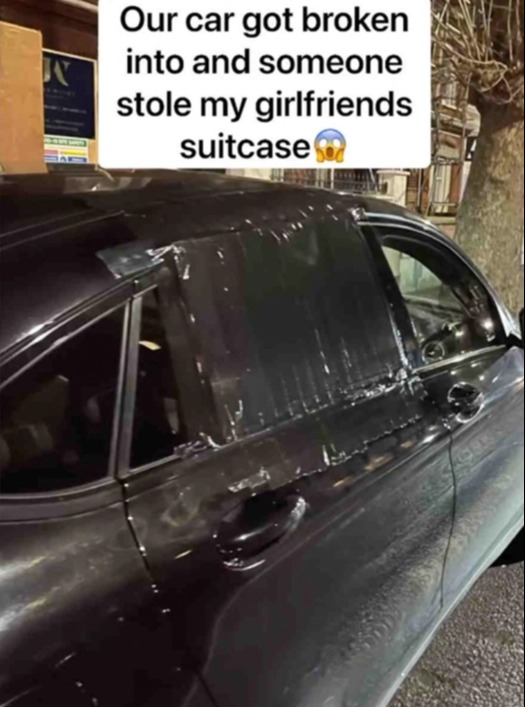 The couple showed fans the damage to their car

Taking to Instagram Stories, Zara pleaded for the safe return of her pink suitcase that she’s had since she was 15-years-old.

“Whoever broke into our car last night, I genuinely don’t care whatever you took,” Zara said.

“But if you could just please return my pink IT luggage fabric suitcase that I’ve had since I was 15.”

TV star Sam them piped up and told the thieves to “keep it” because it’s simply that “horrible”.

The documentary maker then received a private DM alerting her that a bag of that description had been dumped in Fulham.

Filming the moment they were reunited with the suitcase, Sam wrote over the clip: “Praying it’s not here.”

He added: “They’ve dumped your case because it sucks and they don’t want anything to do with it.”

The pair then spotted the hot pink luggage nestled in some bushes with the contents scattered on the floor.

As they approached the bag, Sam noticed that the thieves weren’t keen on his Chelsea boots and had dumped them on the side of the road, along with Zara’s clothes and eye masks.

The couple were in fits of laughter as they packed up their belongings and Zara wheeled her suitcase home.

Alongside the video, Sam wrote: “We got robbed and they didn’t want our stuff 😂😂😩😩.”

Fans couldn’t believe their luck, with one writing: “Omg I can’t believe you actually got it back 😂😂😂.”

“This is such a funny post… esp when teamed up with the ‘found suitcase’ video,” another commented.

A third posted: “That’s hilarious 😂😂. So please you found it.”

The shock incident comes after Zara surprised fans with a youthful snap of her “one in a million” mum, who she hailed the “best person in the world.”

She took to her Instagram page for the touching tribute to her “mumma”, choosing to upload a shot showing them on holiday.

The image sees Zara, in a chic cream co-ord, leaning lovingly towards her mum Karen, who is wearing a black vest.

The pair flash huge smiles to the camera as they sat side by side at a restaurant table.

The former Made In Chelsea star gushed in the image caption: “My mumma is well and truly one in a million💗✨💙

“The best person in the whole world 💗.”

One fan quickly replied: “Can see where you get your stunning looks from ❤️🔥😍” as another agreed and posted: “Gorgeous beautiful Mother and daughter😍😍”

One then added: “Gorgeous pair ❤️❤️❤️” as a fellow fan wrote: “Both stunners.”

The reality favourite wanted to highlight the pain and suffering that many young people go through when their intimate pictures get leaked online.

Zara, who admitted she felt suicidal when it happened to her, has used her platform to speak out for others victims of the awful crime as she herself knows how hard it is to deal with.

The first time it happened to her was when she was just 14 years old, after she felt pressured to send a naked picture of herself to a boy at school.

It then happened to her again when she shot to fame on the fourth series of Love Island in 2018.

Scenes showed Zara and mum Karen, alongside dad Alan, candidly talking about their emotions during the troubling times. 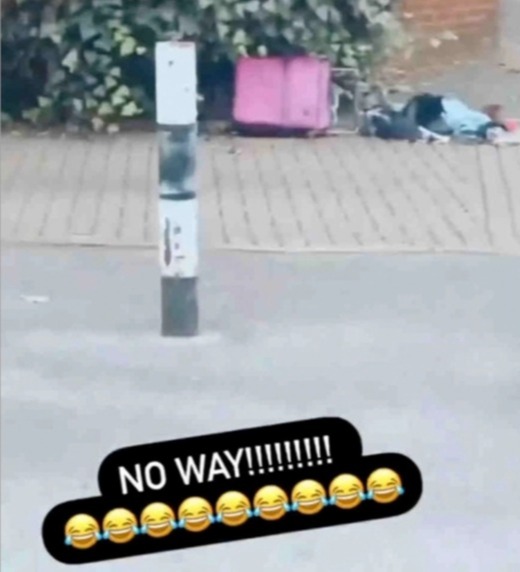 A fan alerted Zara that the stolen bag had been found 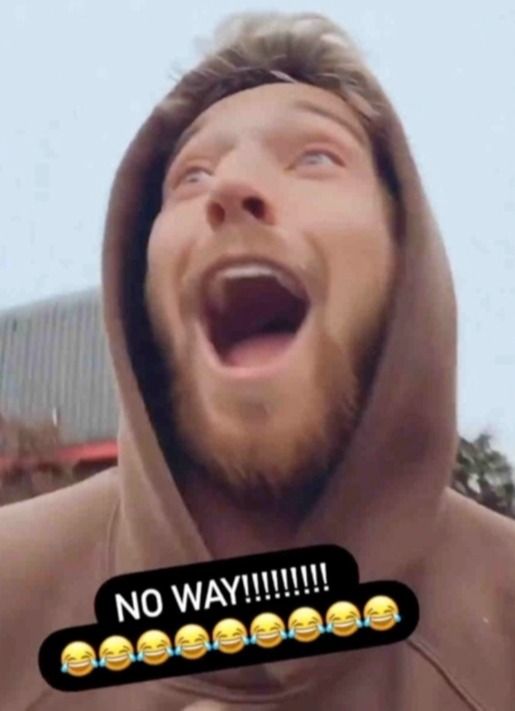 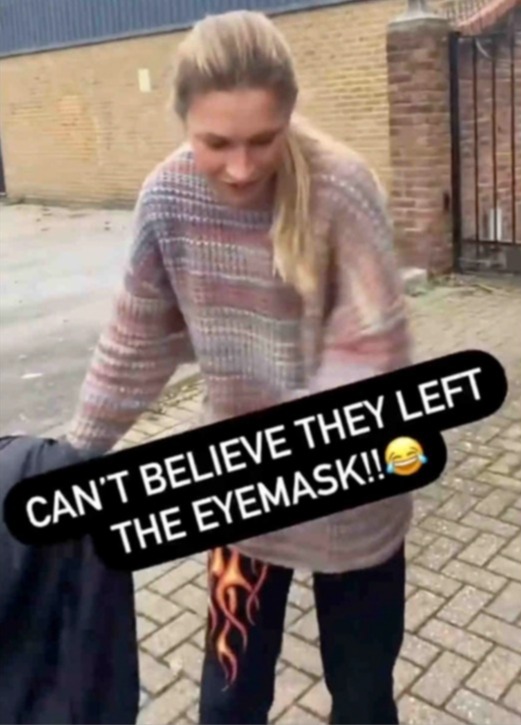 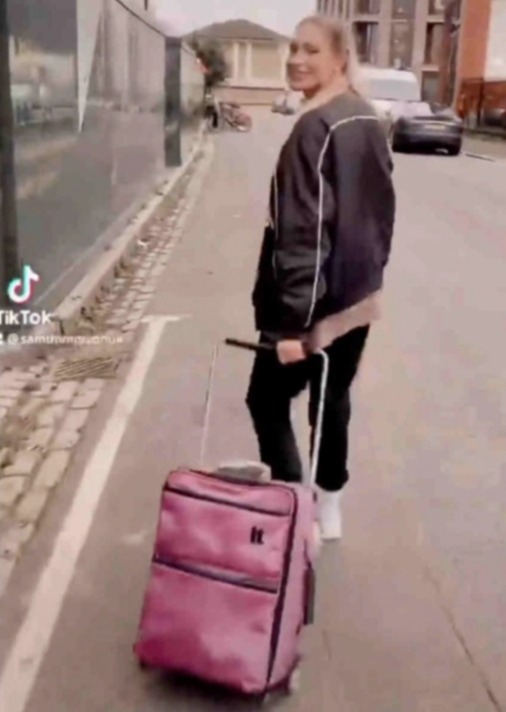 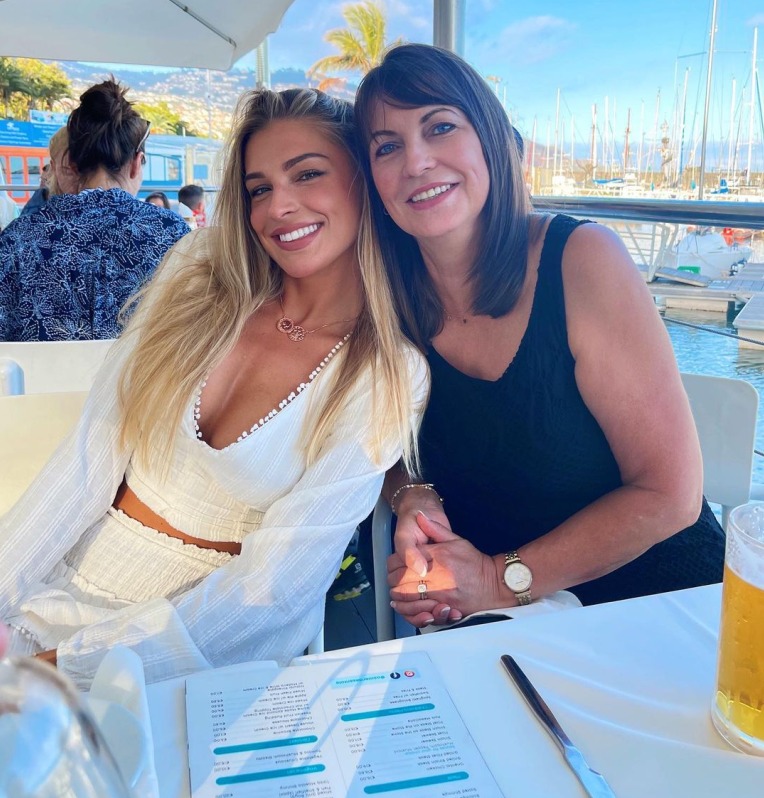