THE SAHARA desert has been hit by an icy blast with temperatures dipping below freezing. 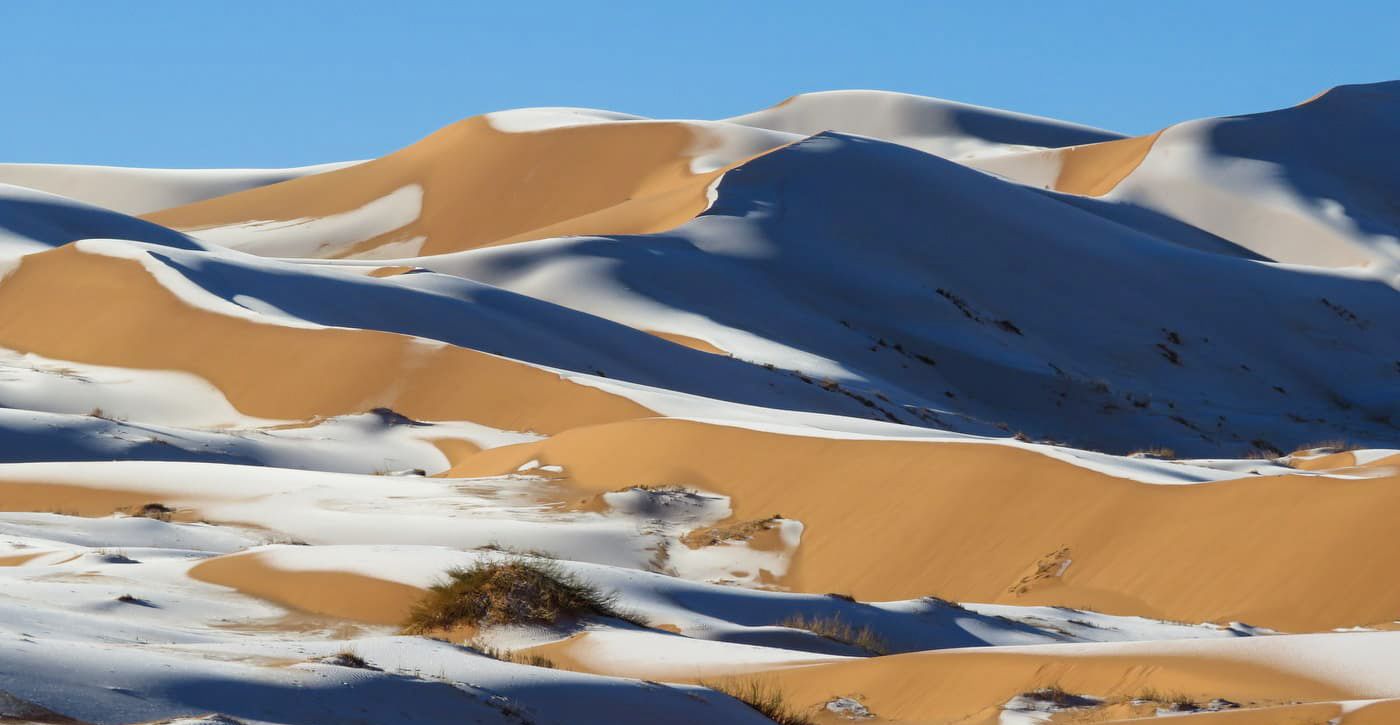 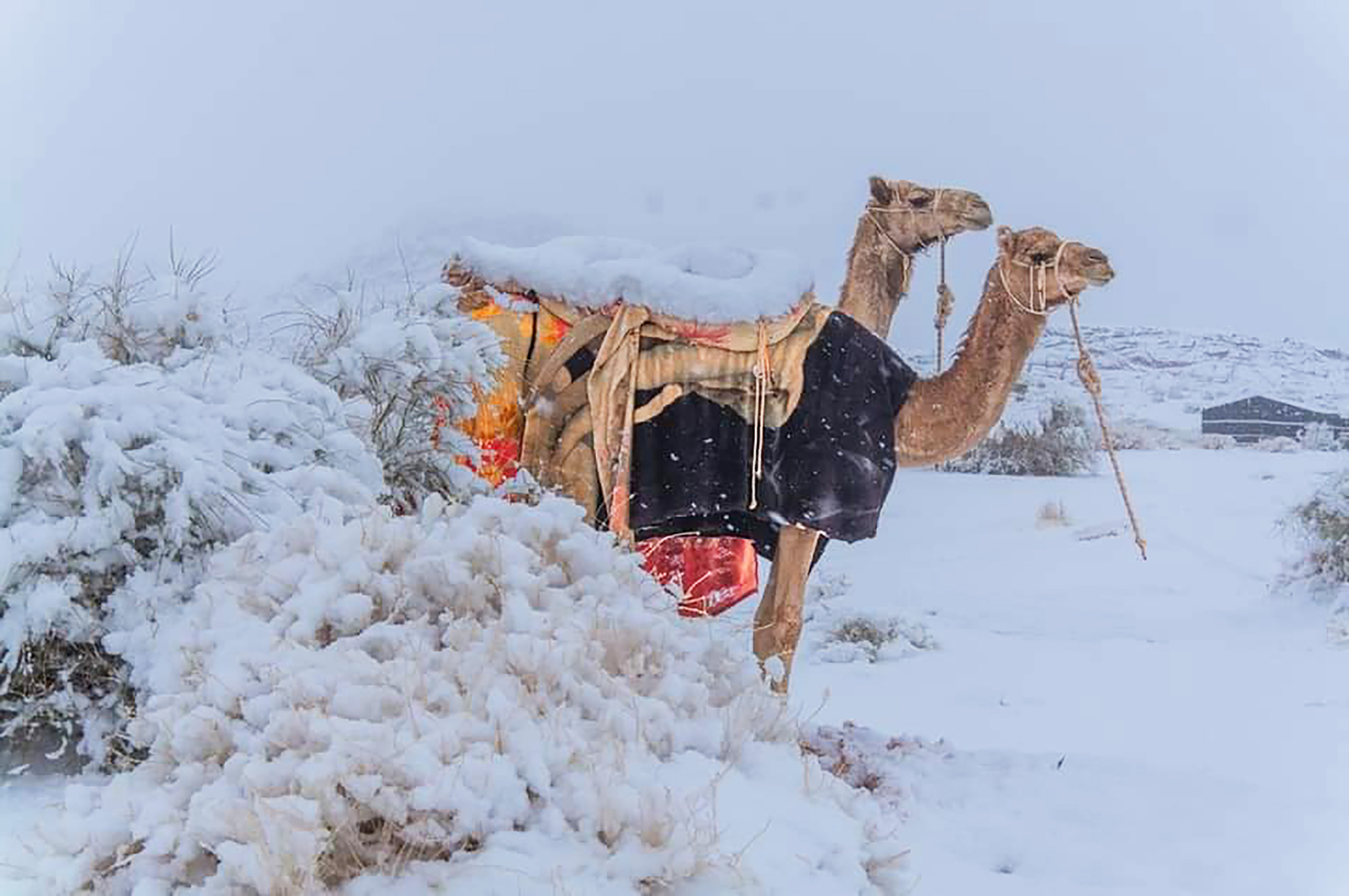 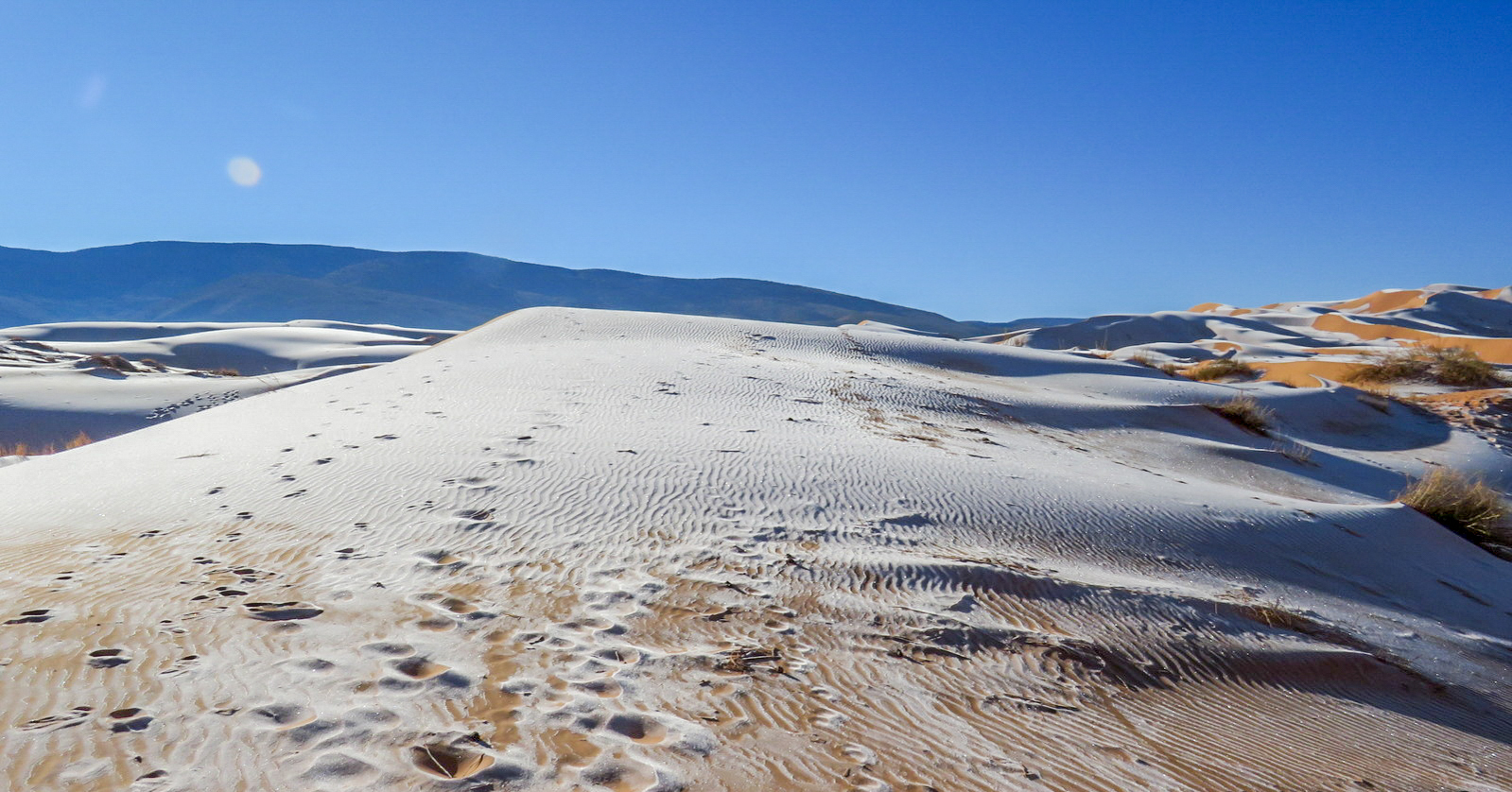 Snowfall covered parts of the Sahara this weekCredit: Bav Media

A photographer has captured images of camels after a snowfall in the Tabuk region in northwestern Saudi Arabia.

The area – which is close to the border with Jordan – experienced unusual weather this month.

The desert kingdom can experience highs of up to 50C during the hot season, but this month temperatures fell below zero.

On January 10, locals in the mountainous region were treated to a flurry of snow.

Snow also fell near the desert town of Aïn Séfra in Algeria this week.

Sheep were seen standing on the ice-covered dunes on Wednesday as temperatures dipped to -3C.

Aïn Séfra – known as “The Gateway to the Desert” – is around 1,000 metres above sea level and surrounded by the Atlas Mountains. 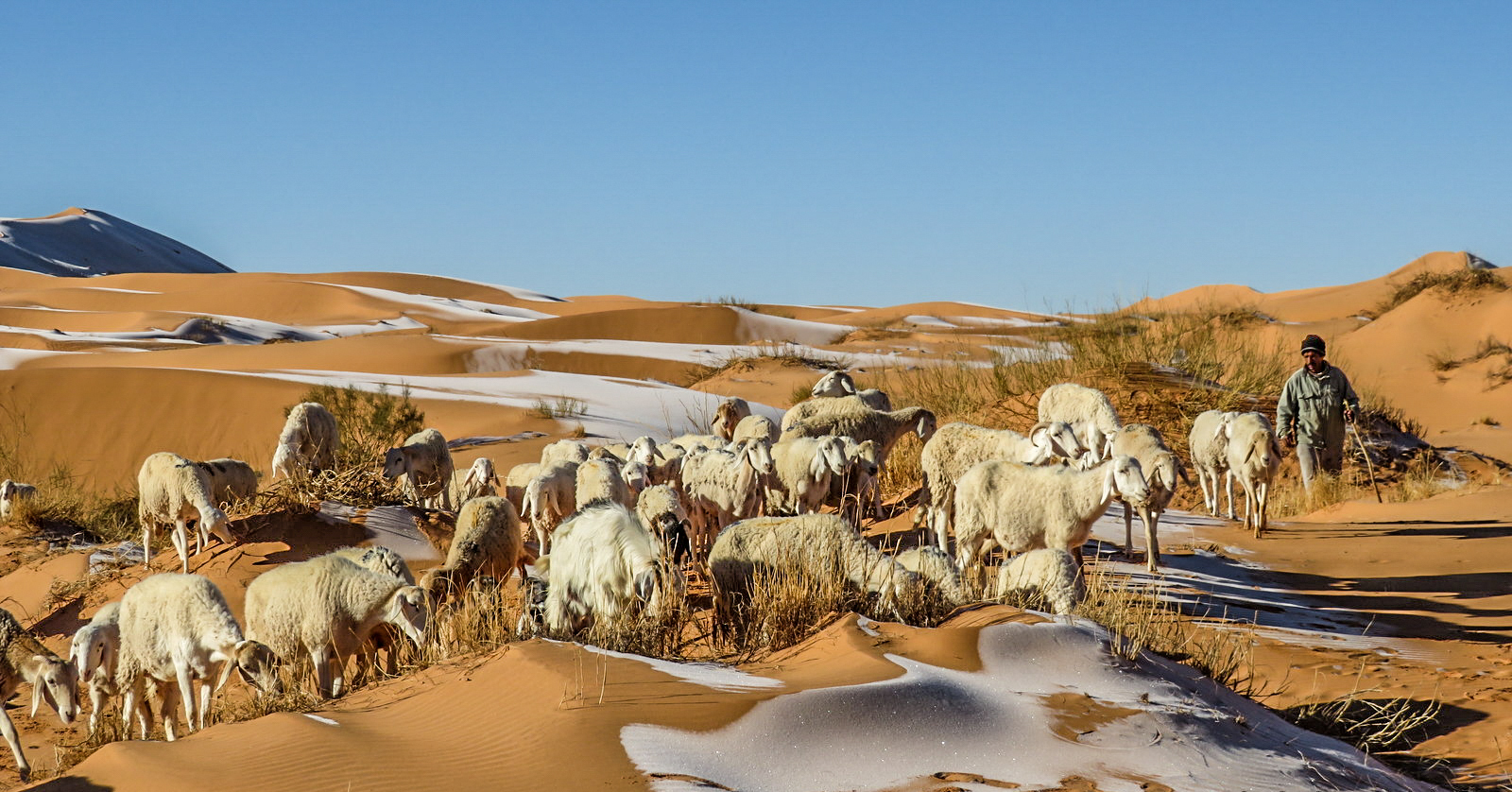 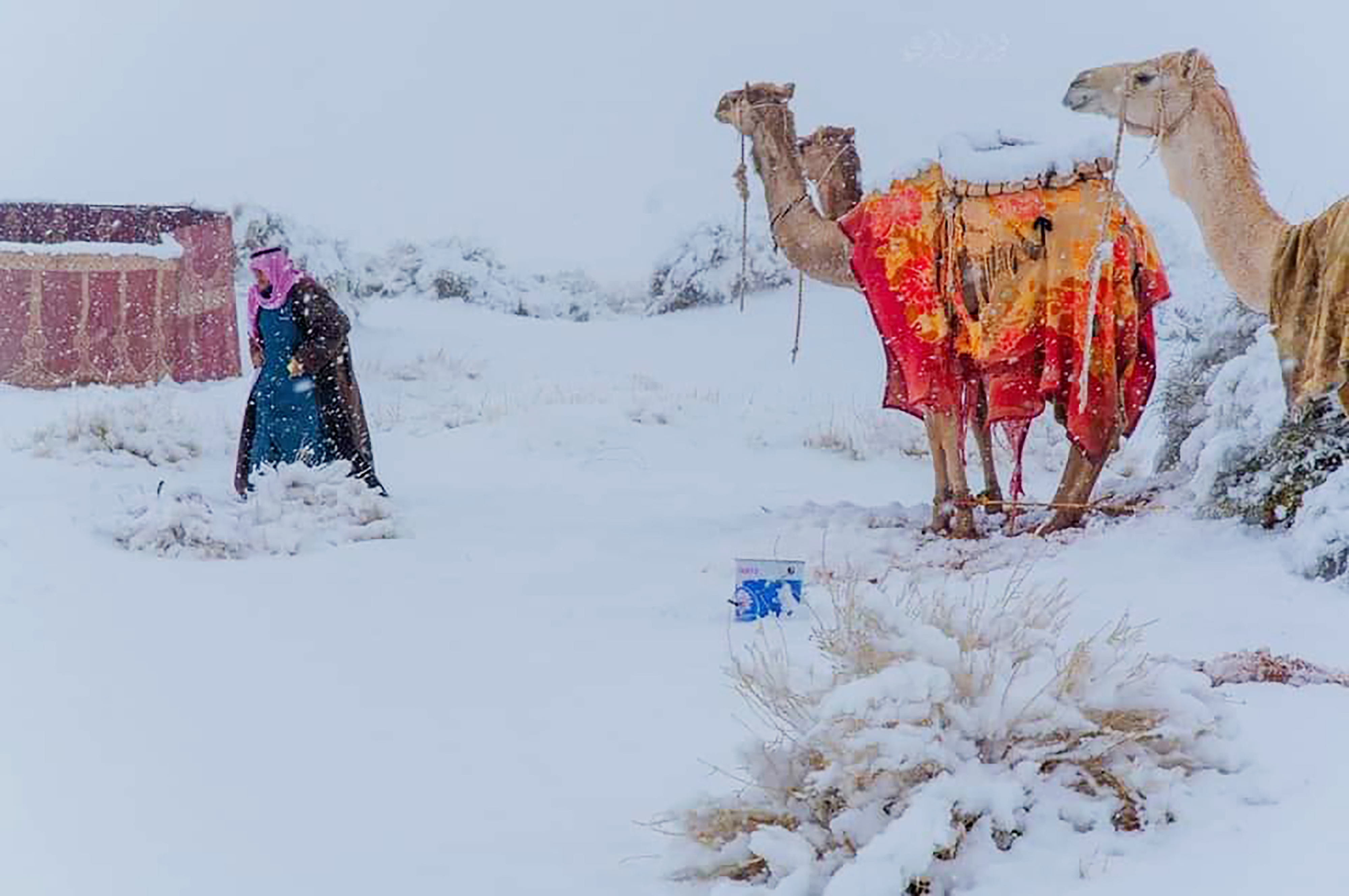 Tabuk is one of the coldest regions in Saudi ArabiaCredit: Abu Nayef Fawaz Al-Harbi/ Magnus News

Saudi Arabia also experienced snow in 2018 and locals had fun with sleighs and snowballs.

Snow also fell in Lebanon, Syria and Iran – where some regions were buried under 4ft.

January is the coldest month in Saudi Arabia, with the mercury hitting an average of 20.2C.

Tabuk is one of the coldest regions in the country, but it usually experiences dry weather with average temperatures of 4C. 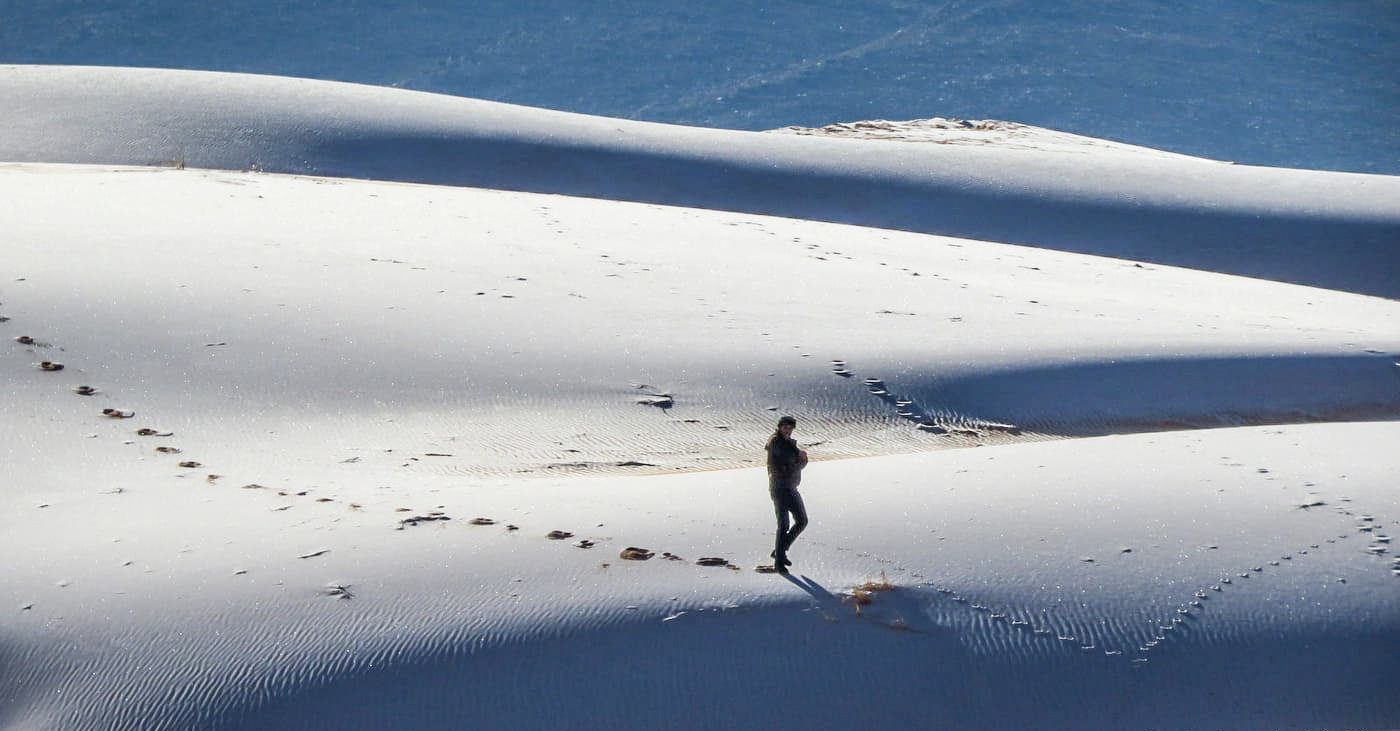 AccuWeather senior meteorologist Eric Leister said while it is rare for the region to have snow, it is not completely out of the ordinary.

Researchers studying changes to rainfall in the Sahara region found that the desert has grown significantly over the past century due to climate change.

Professor Sumant Nigam, an atmospheric and oceanic scientist at the University of Maryland and the senior author of the study, said: “Our results are specific to the Sahara, but they likely have implications for the world’s other deserts.”

It comes as parts of the UK are braced for days of downpours, with forecasters warning of fast-flowing flooding causing a “danger to life.”

Up to 60mm of torrential rain is now tipped to drench England and Wales early this week sparking multiple weather warnings.

The Met Office has now issued an Amber and Yellow alerts for Tuesday, Wednesday and Thursday, saying Brits should expect “heavy and prolonged” downpours with snowmelt causing floods. 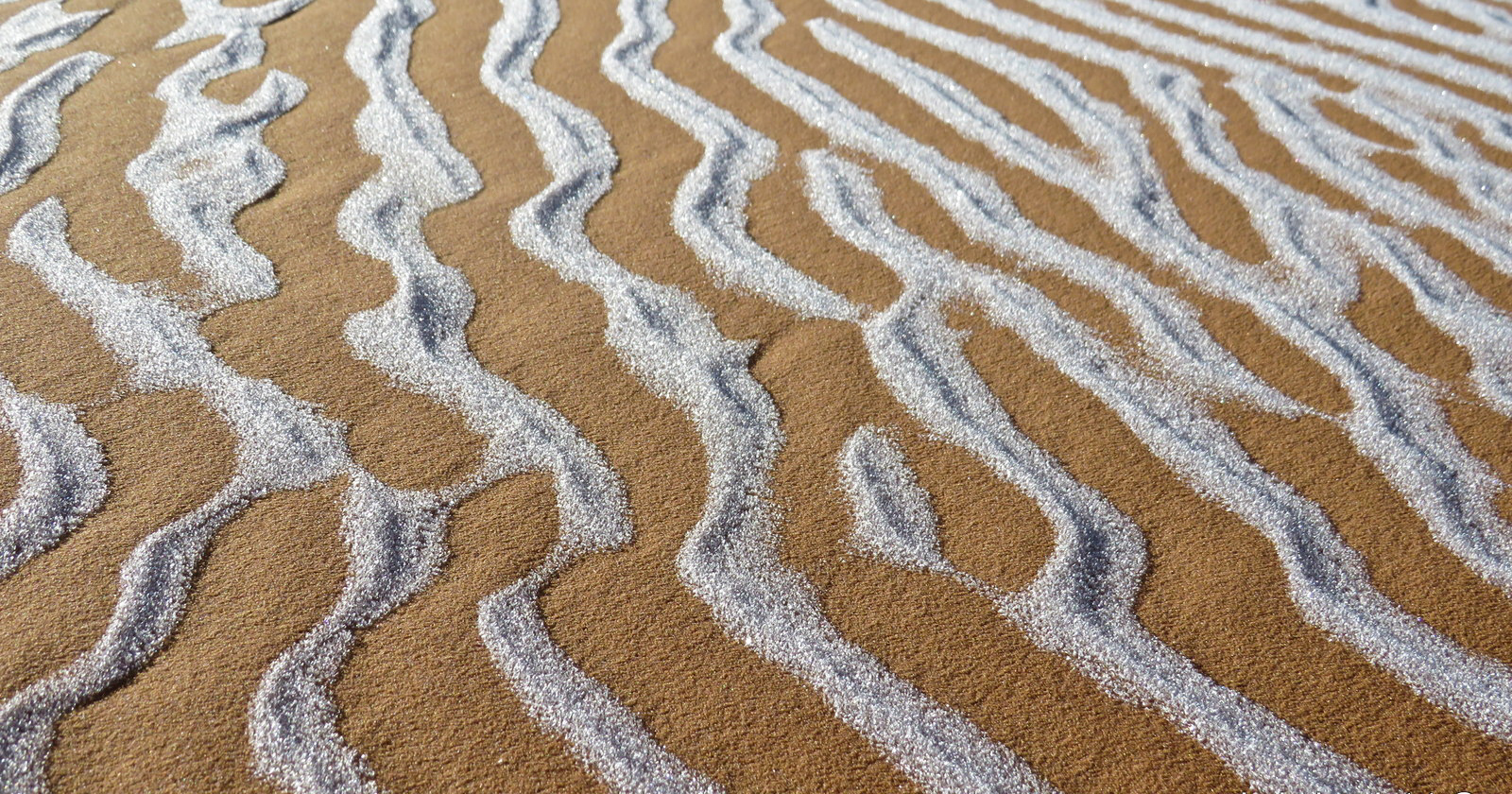 Freezing temperatures have been recorded in the Sahara desertCredit: Bav Media 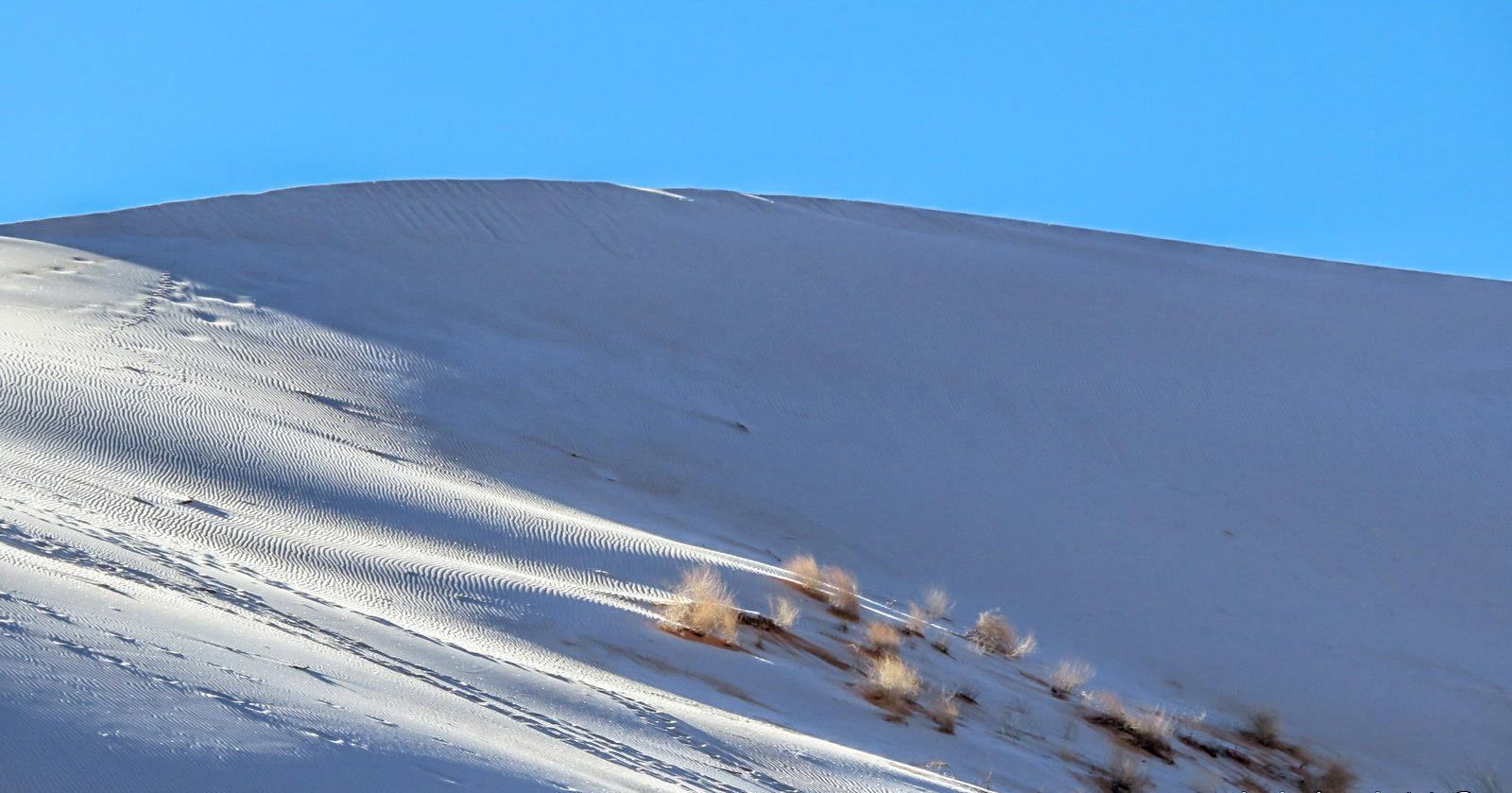 Ain Sefra is surrounded by the Atlas MountainsCredit: Bav Media 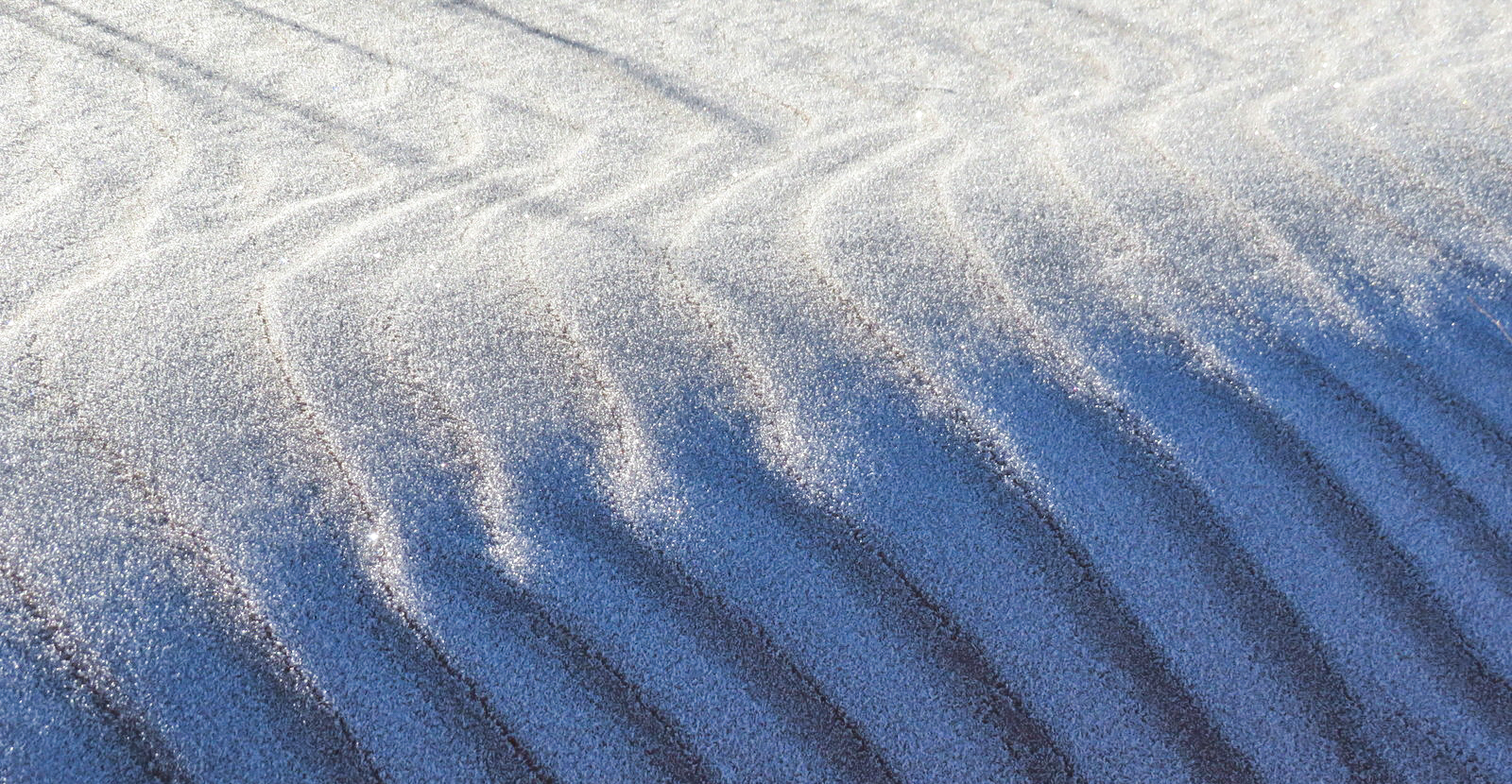