PETER Rabbit fans can now get their hands on a new £5 coin by the Royal Mint.

The piece is the first one featuring the Beatrix Potter character and his friends on a £5 coin. 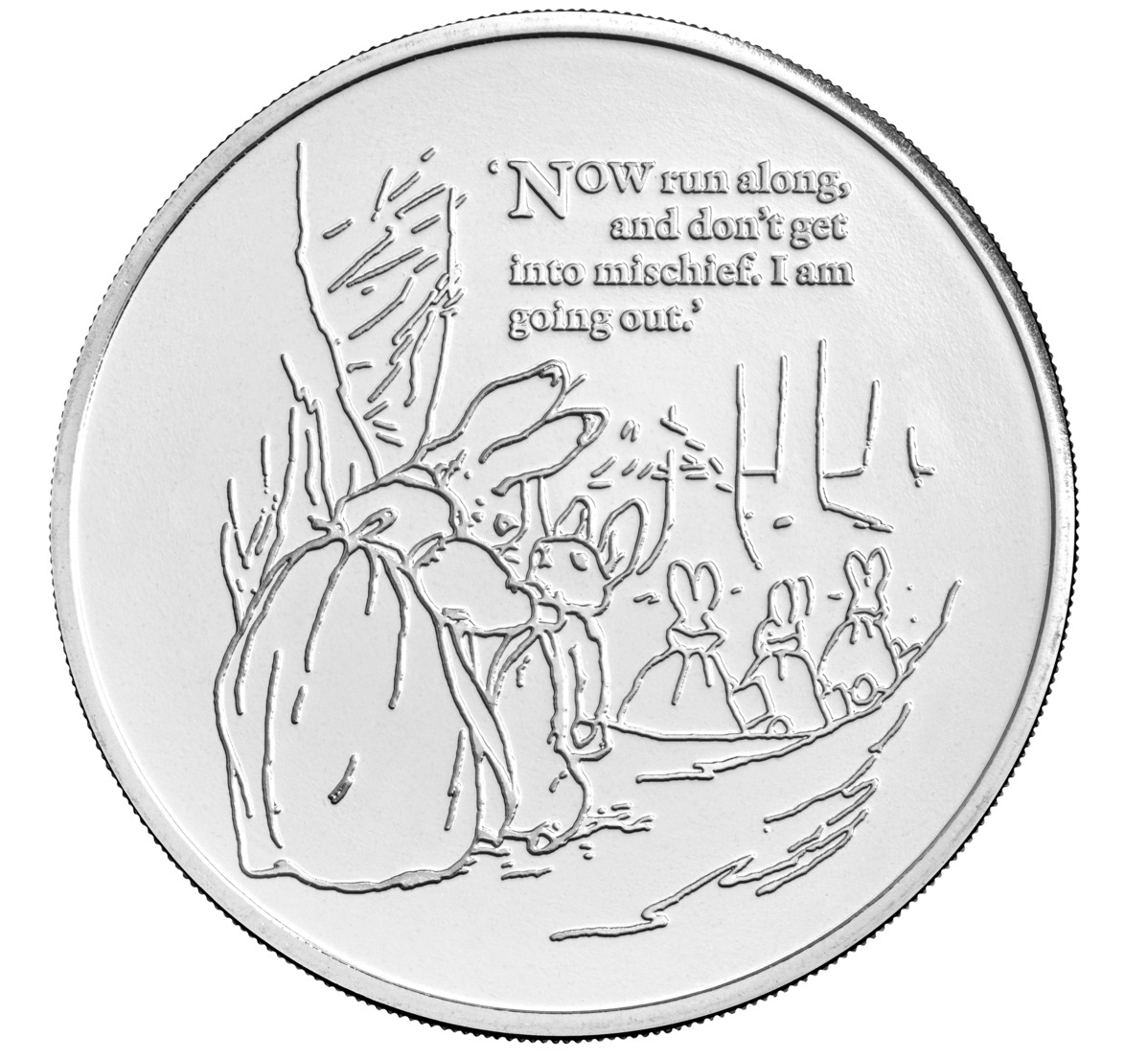 Previously, they’ve appeared on 50p coins and have been one of the most popular commemorative coin collections released by the Royal Mint.

The latest addition features a warming scene of the Rabbit family when Peter’s mum warns him not to get into any mischief.

It features the text: “Now run along, and don’t get into mischief, I’m going out.”

The coin is available in a brilliant, as well as a silver and gold edition, with the prices ranging from £13 to a whopping £2,315 for a £100 denomination.

How much does the Peter Rabbit £5 coin cost?

THE Royal Mint is releasing a £5 coin featuring Peter Rabbit and the family for the first time. Here’s the list of coins available:

Sadly, the coin isn’t going into general circulation so you won’t find it in your spare change anytime soon.

The £5 coin is the only release featuring Peter Rabbit this year, in partnership with publisher Penguin Random House.

The coin has been designed by the Royal Mint’s own Ffion Gwillim.

The Peter Rabbit coins were first released in 2016 to celebrate the 150th birthday of Beatrix Potter, and a new design has then launched each year.

In 2019, 400 Peter Rabbit coins were then released into circulation.

Thomas Merrington, creative director of Penguin Ventures, said: “Peter Rabbit has had an exceptional adventure with The Royal Mint over the past five years.

“His appearance on the £5 crown marks a new chapter for our partnership and provides an exciting opportunity to showcase Beatrix Potter’s original illustration in a creative new way.”

Is your small change worth a fortune?

IF you think that you might have a rare coin then you might be able to make a real mint.

The most valuable coins are usually those with a low mintage or an error.

These are often deemed the most valuable by collectors.

You should check how much the coin is selling for on eBay.

Search the full name of the coin, select the “sold” listing and then toggle the search to “highest value”.

It will give you an idea of the amount of money that the coin is going for.

You can either choose to sell the coin on eBay or through a specialist like ChangeChecker.org.

If you choose the auction website then remember to set a minimum price that is higher or at the very least equal to the face value of the coin.

Even if your coin “sells” on eBay for a high price there’s no guarantee that the buyer will cough up.

It its terms and conditions, the auction website states that bidders enter a “legally binding contract to purchase an item”, but there’s no way to enforce this rule in reality.

The most eBay can do is add a note to their account for the unpaid item or remove their ability to bid and buy.

A couple of months ago, the Royal Mint released new Mr Men and Little Miss coins.

It came after it launched new 50p coins featuring the Snowman – and it could be worth up to £174.

Johnny Depp Says ‘No One Is Safe’ From Cancel Culture

Weed Could Help You Stick With a Fitness Routine, Some Athletes Say