CHILDREN can get a personalised, free letter from Santa this Christmas as Royal Mail has brought back its special festive postal service.

Under the scheme, boys and girls will need to post their Christmas lists to the big man and his elves by December 11. 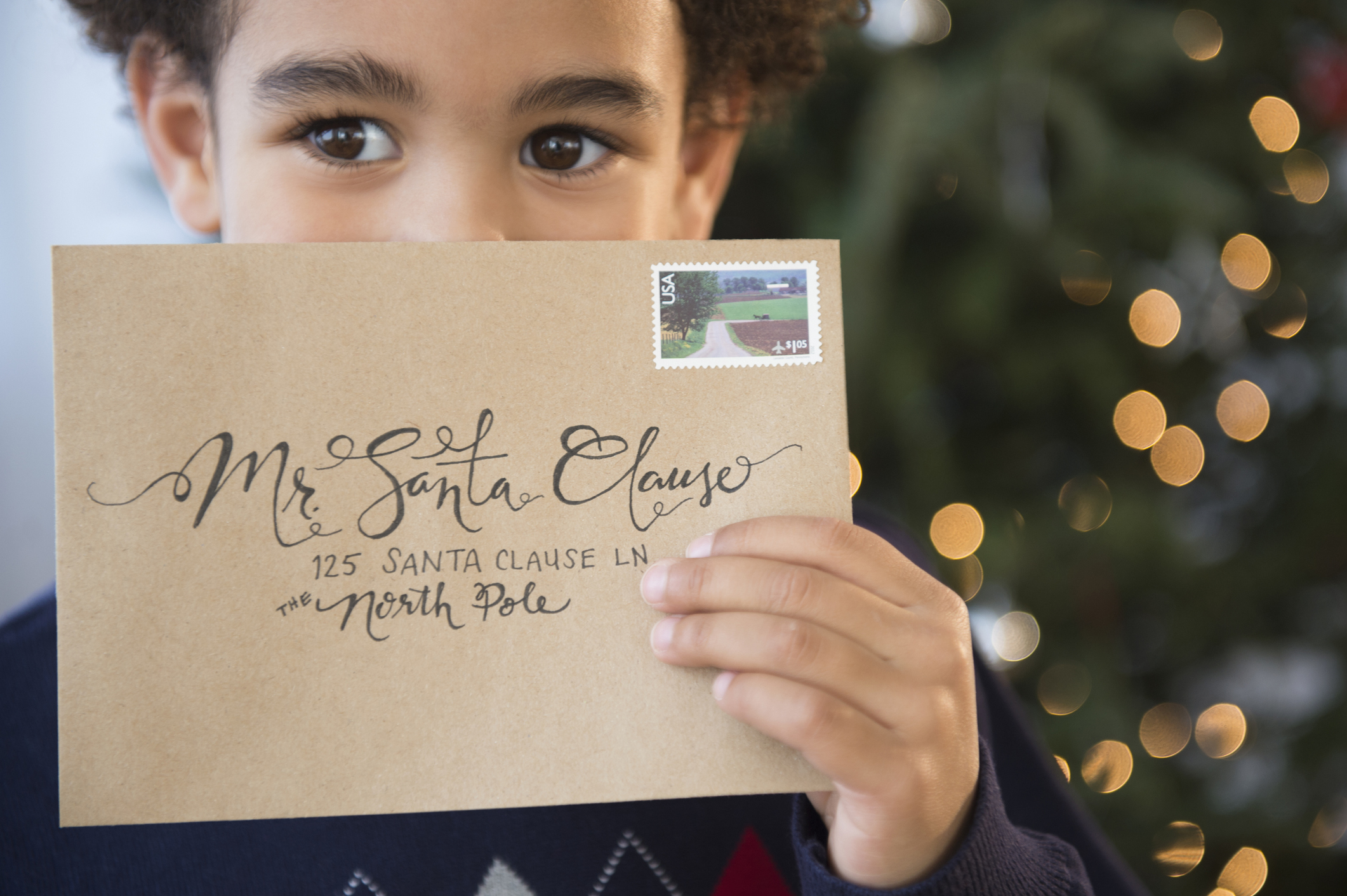 Children can once more get a free response from Santa with Royal Mail’s festive postal service (don’t use the address in this image though) Credit: Getty Images – Getty

Make sure to include your full name and address in your letter and Father Christmas promises he will “try to reply to as many of you as possible” when he gets a break from wrapping presents.

To get a reply from Santa in English, letters need to be sent to the following address: Santa/Father Christmas, Santa’s Grotto, Reindeerland, XM4 5HQ.

For those who’d like a reply in Welsh; write to: Sion Corn, Ogof Sion Corn, Gwlad Y Ceirw, XM4 5HQ.

Make sure the address is written clearly on the envelope and don’t forget you will need to pay for postage to send the letter, although you don’t need to include a return envelope and stamp inside.

The price of a first class stamp rose to 76p in March, while a second class stamp will set you back 65p.

Royal Mail, which helps Father Christmas to deliver his replies, says your name and address won’t be used for anything else and it will be deleted after Santa has replied.

You can also send a letter to Santa via your school under the scheme. In this instance, you’ll still need to include your child’s name for a personalised response, but you can include the school’s address rather than your home address.

We’ve asked Royal Mail to confirm if Father Christmas will have time to reply to all children, as well as how long it will take to get a response. Last year, Santa told us he aimed to get back to children by December 24.

The Sun is also checking if brothers and sisters can send letters in the one envelope or if they’ll need to post lists individually in order to each get a reply. We’ll update this story when we hear back.

Mr Claus added: “Dear boys and girls, Christmas is a very exciting but busy time for me. The elves are making toys. The reindeer are practising their sleigh runs. And I’m busy preparing my list of who’s been good this year.

“I will be getting my sleigh ready for the long journey on Christmas Eve and in between I will try to reply to as many of you as possible.”

Children have also been able to track Santa’s journey delivering presents around the globe on Christmas Eve in the past.