Blossom had it all: Great opening titles, brilliant characters, lots of laughs and, of course, the teenage struggles that define any coming-of-age story.

Mayim Bialik’s acting career took off when she landed the role of the title character, Blossom Russo, in the teen seriesCredit: Getty

So is it time the popular series got the same treatment as other 90s classics (think Saved By the Bell) and given a reboot?

The creator Don Reo recently revealed he’s been trying to get a limited series greenlit for “literally years.”

But a lot can change in three decades.

Here’s what the core cast are up to now…

Mayim Bialik’s acting career took off when she landed the role of the title character, Blossom Russo, in the teen series.

The fashionable, floppy hat-wearing protagonist was partly responsible for the rise of the bold headgear that was popular in the early 90s. 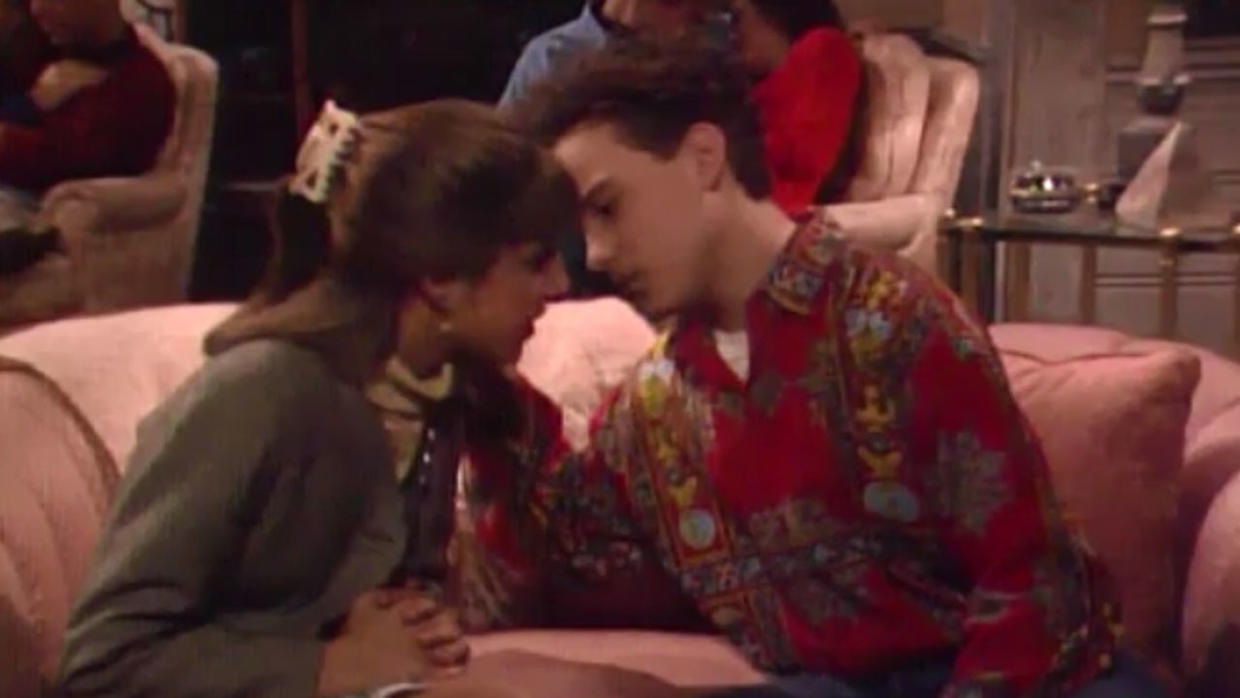 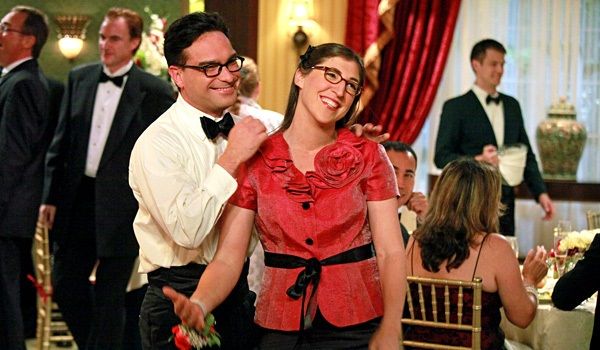 Her role as neuroscientist Amy Farrah Fowler in the hit sitcom The Big Bang Theory has made her a household faceCredit: NBC 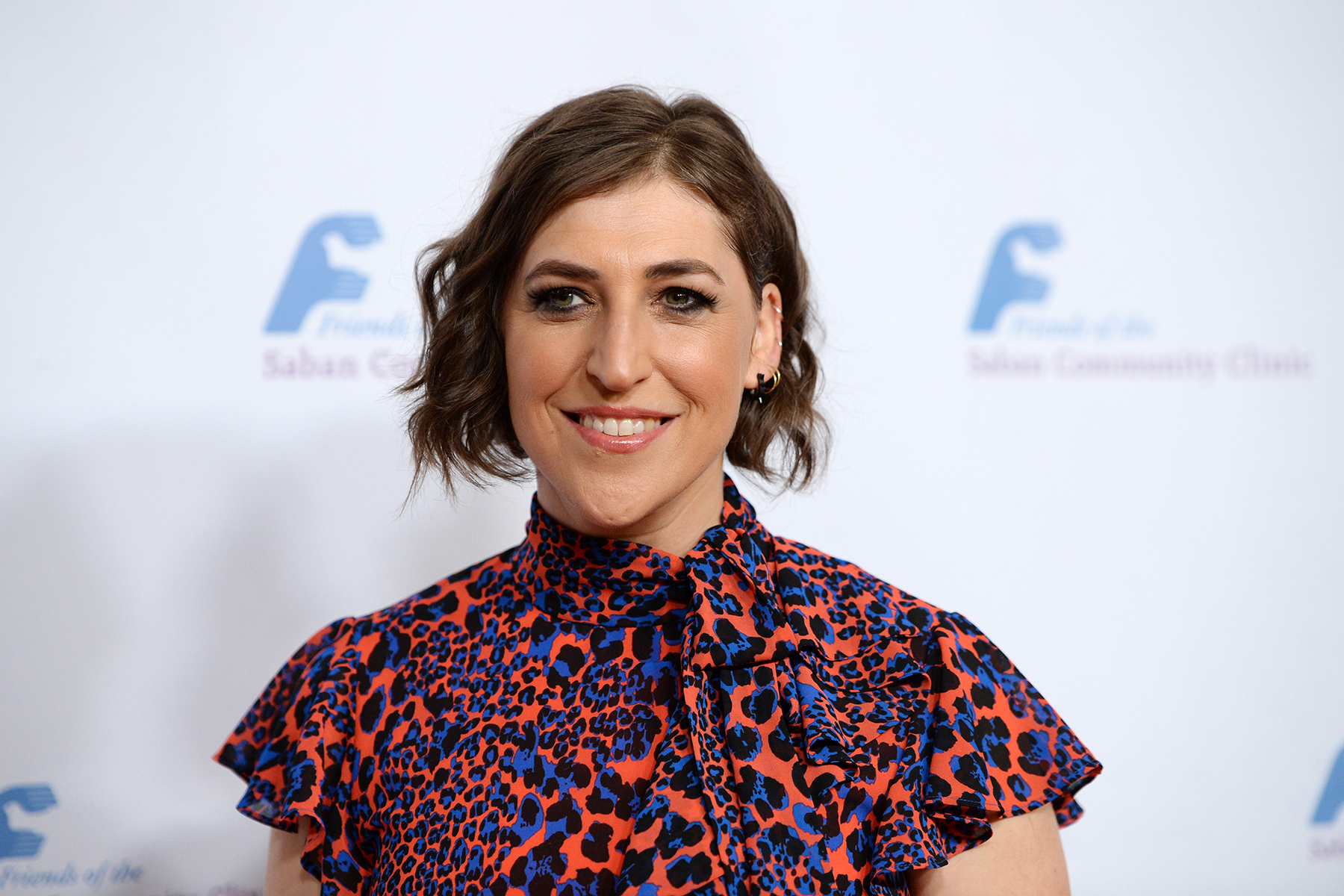 She was also nominated four times for the Primetime Emmy Award for Outstanding Supporting Actress in a Comedy SeriesCredit: Getty

Although the star doesn’t look too dissimilar now to her teen character, it’s perhaps her best-known role that you may not immediately recognise her for.

After Blossom, Mayim had a major part in Woody Allen’s 1994 comedy film, Don’t Drink the Water, and did a lot of voiceover work for cartoons, most notably Disney’s Recess and Kim Possible, Cartoon Network’s Johnny Bravo, and Nickelodeon’s Hey Arnold!.

But it was her part as neuroscientist Amy Farrah Fowler in the hit sitcom The Big Bang Theory that made her a household face – a role she took to easily as she actually has a degree in neuroscience.

Johnny Galecki plays leading role Leonard Hofstadter in the comedy series and shared an onscreen kiss with Blossom as Jason when they were teenagers.

Her nine-year stint on the series earned her two Critics’ Choice Television Awards for Best Supporting Actress in a Comedy Series in 2015 and 2017.

She was also nominated four times for the Primetime Emmy Award for Outstanding Supporting Actress in a Comedy Series.

The star married businessman Michael Stone in a Victorian-themed ceremony in 2003.

The couple had two sons together, Miles and Frederick, before divorcing in 2012.

Mayim’s new series, Call Me Kat, is based on the British sitcom Miranda and was renewed for a second season in May. 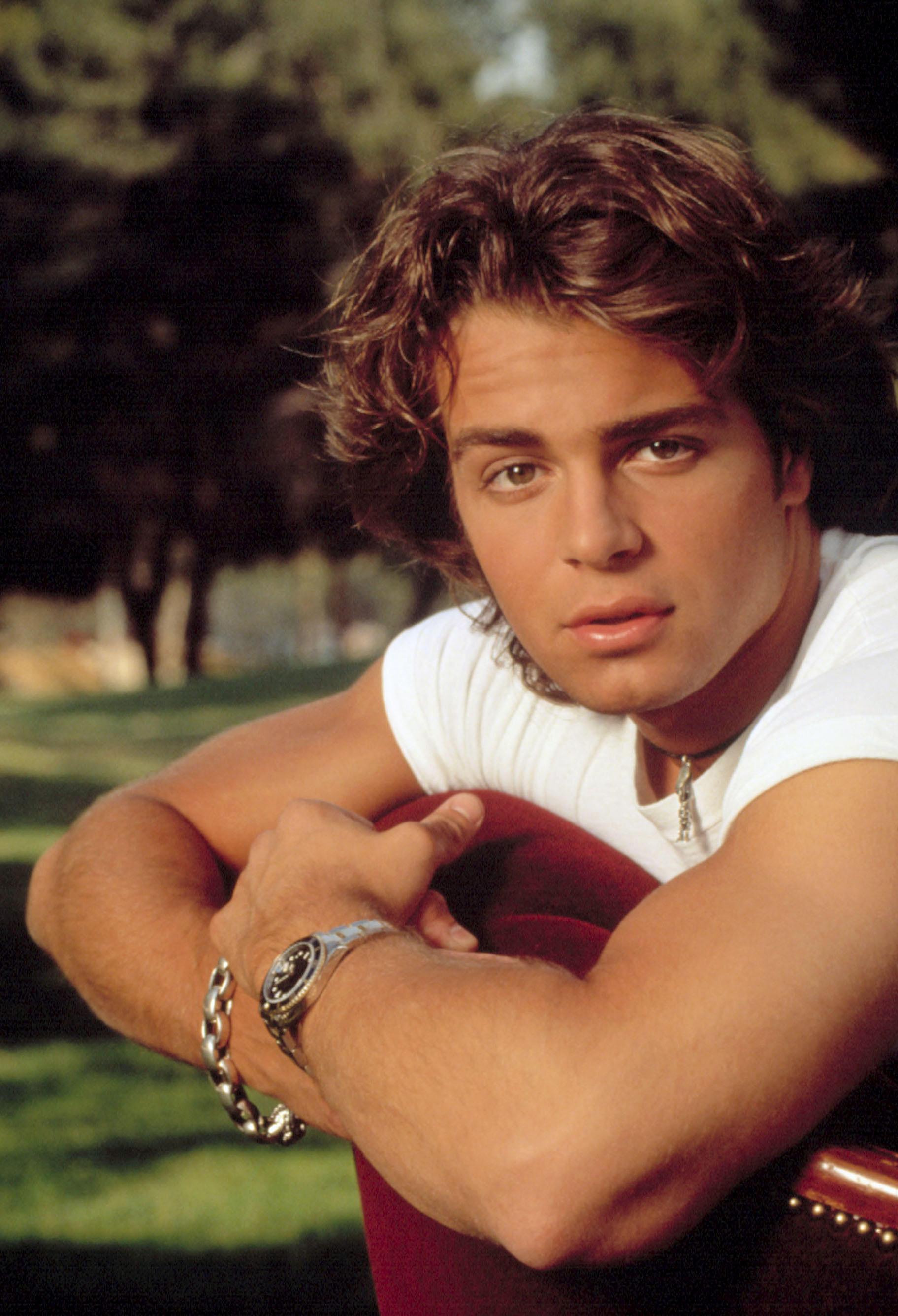 Joey Lawrence was a heartthrob for teen girls everywhere in his role as Joey RussoCredit: Alamy 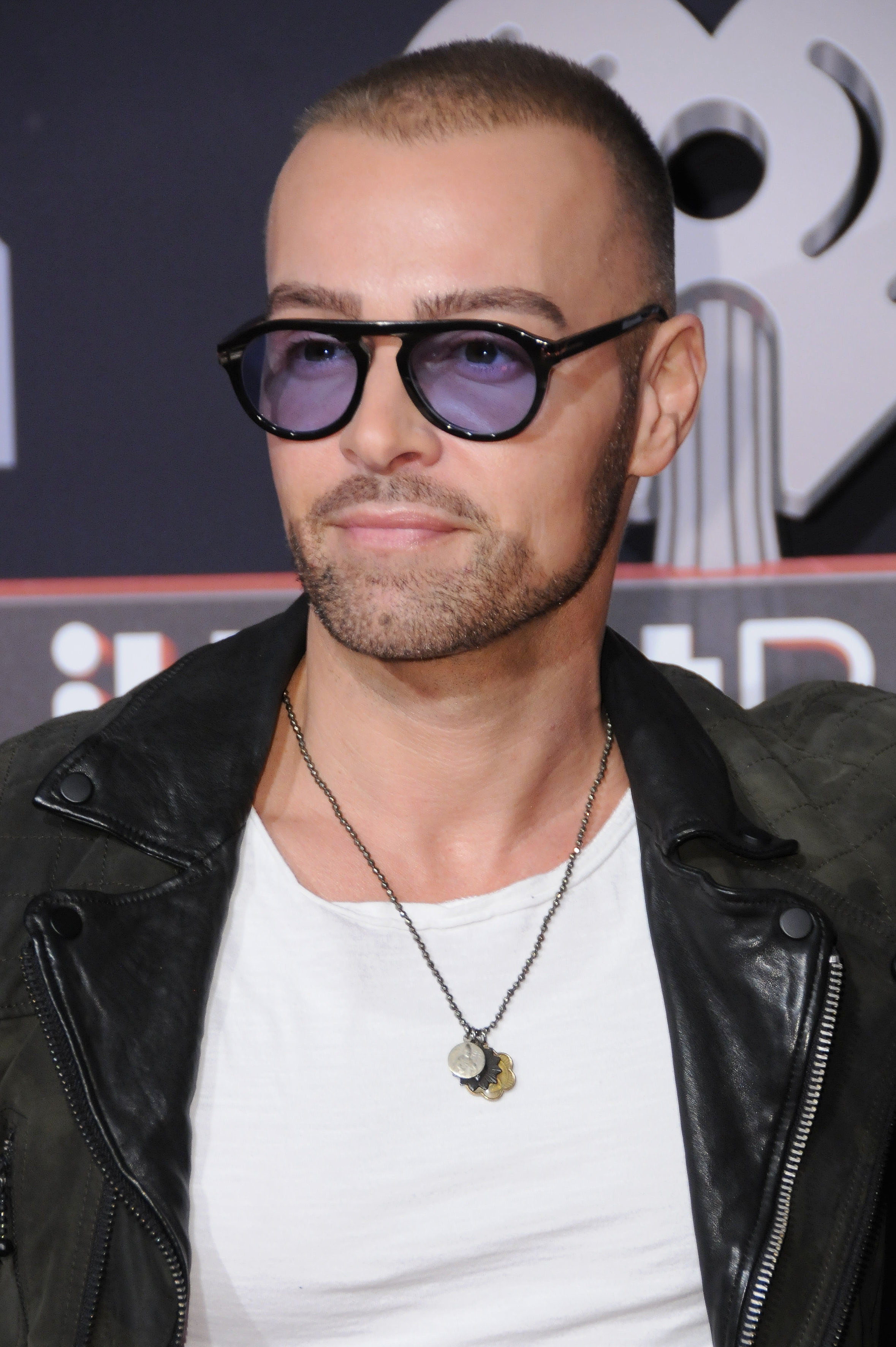 Most recently, he starred alongside Melissa Joan Hart (of Sabrina the Teenage Witch fame) in sitcom Melissa & Joey as Joey LongoCredit: Splash News

Joey Russo, the middle brother and ‘dumb jock’ character, was known for his now-iconic catchphrase “Whoa!” on the American sitcom that ran for four seasons between 1991 and 1995.

The role made actor Joey Lawrence a heartthrob for teen girls everywhere – especially when his character turned down a place at university to become a professional baseball player.

But, these days, Joey is looking a little different.

The star, who is perfectly tanned with piercing eyes and a classic pearly-white American smile, is now in his forties with two children… and a shaved head.

Although the curly locks are long gone, we’re glad to see the Blossom ladies’ man is still partial to a leather jacket.

He was briefly married to Michelle Vella in 2002, before the couple divorced two years later.

He actually met his second wife, Chandie Yawn-Nelson, on holiday at Disney World as a teenager but the pair reconnected and married 13 years later in July 2005.

They welcomed their daughters Charleston, born in 2006, and Liberty Grace, born in 2010, before divorcing in 2020.

After Blossom, Joey starred in sitcom Brotherly Love along with his two siblings, Matthew and Andrew, and dabbled in music, releasing two albums in the 1990s, as well as singles in 2008 and 2011.

Most recently, he starred alongside Melissa Joan Hart (of Sabrina the Teenage Witch fame) in sitcom Melissa & Joey as Joey Longo.

The series ran from 2010 until 2015 and Joey played the nanny to politician Melissa’s niece and nephew.

Since the show ended, Joey has tried his hand at presenting, appeared on game-shows, starred in the US reality TV series Cupcake Wars, and released a new song with his brothers called Lose Yourself. 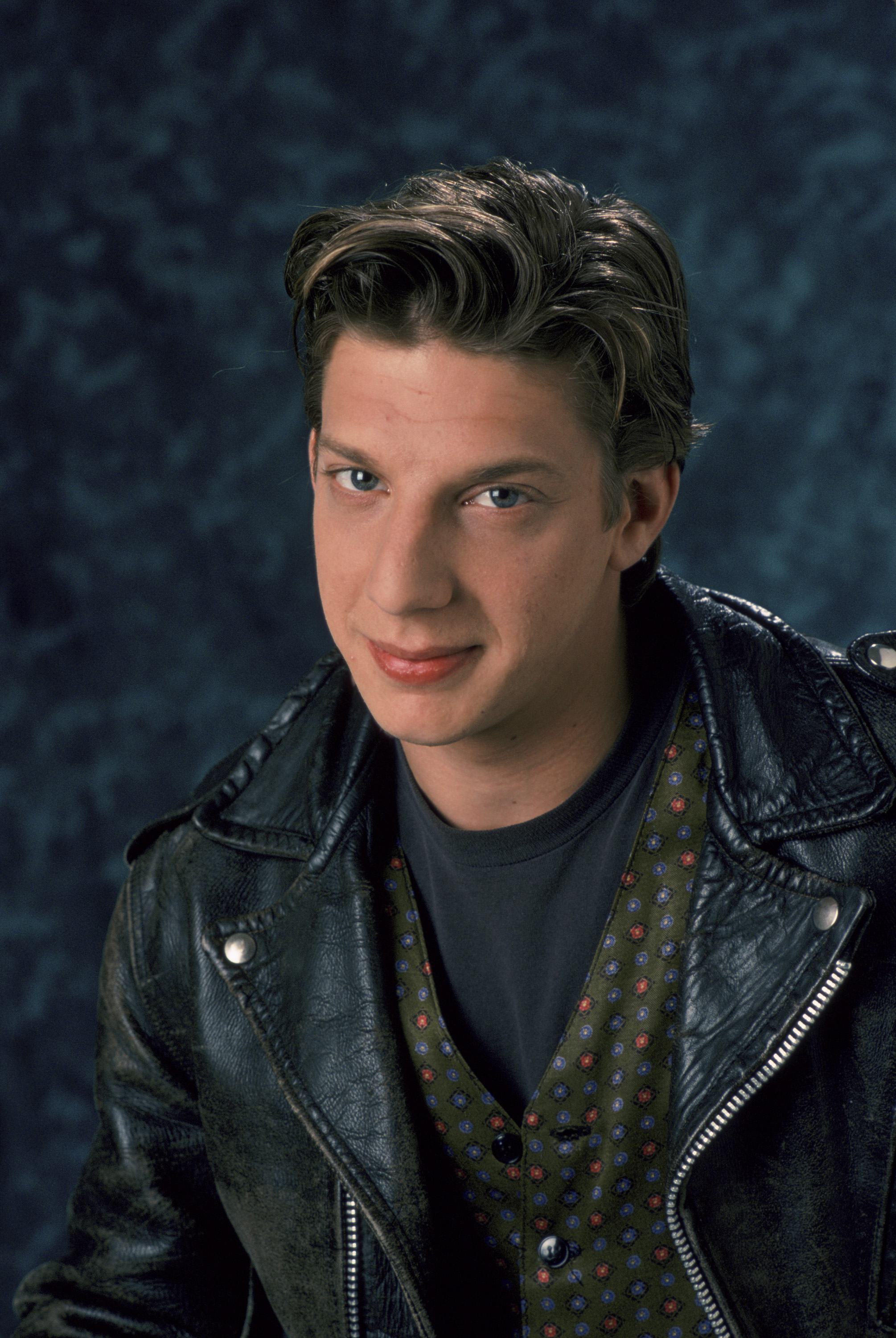 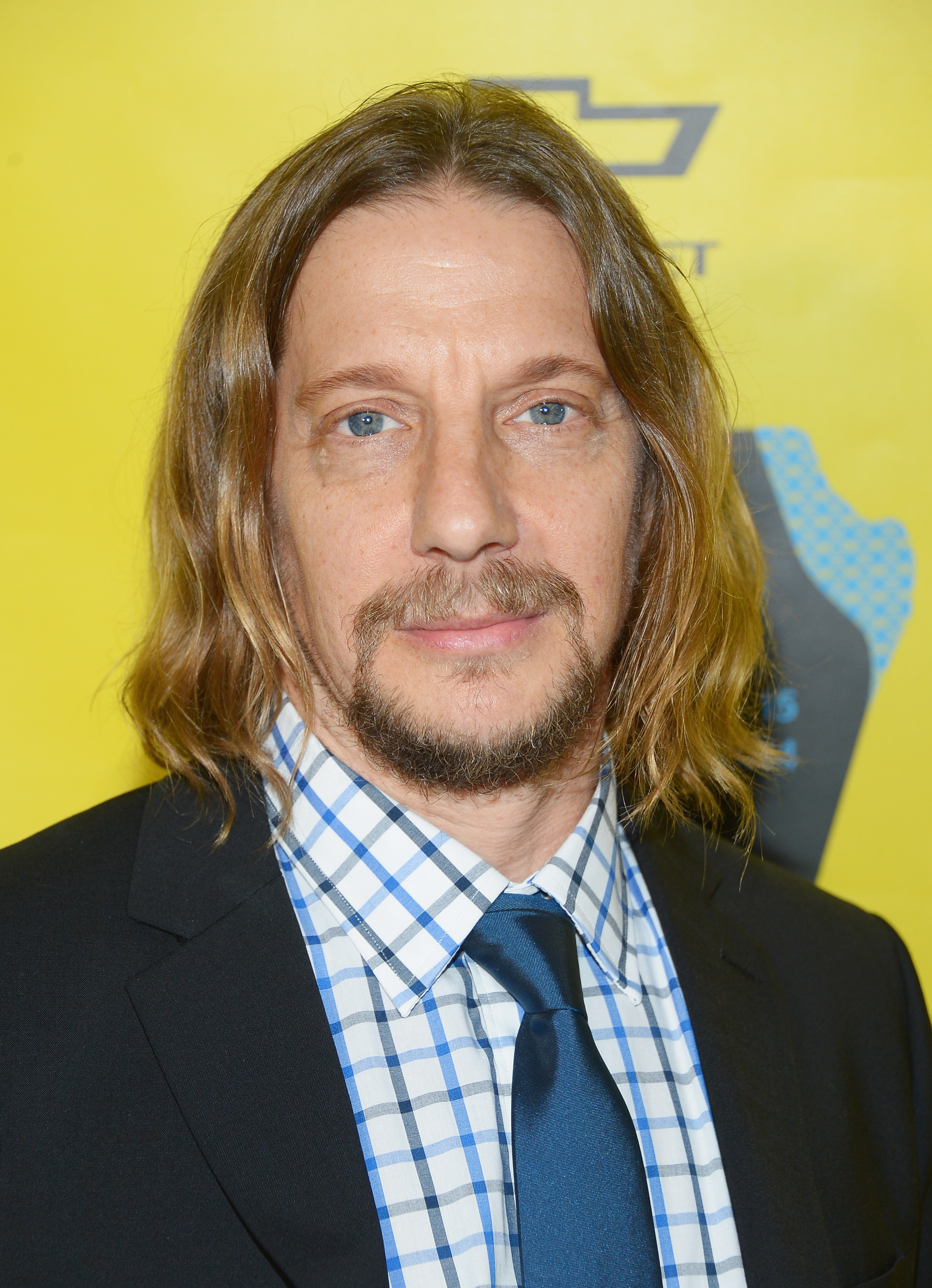 Michael was cast as one of the Joker’s goons in the box office hit The Dark KnightCredit: Getty

Trouble Tony, the eldest Russo brother played by Michael Stoyanov, was a recovering drug and alcohol addict who eventually became a paramedic.

Now 54 years old, the slicked-back hair has been replaced with shoulder-length sandy locks.

The actor left the show in the final season to go behind the camera to write for Late Night with Conan O’Brien – a move he later said he regretted as “those opportunities still would’ve been there for me.”

He later went on to write for US programmes Mad TV and Mr. Show With Bob And David, for which he was nominated for an Emmy in 1998.

That didn’t mark the end of his time on screen, however.

Michael landed the part of Jimmy Gold in Beverly Hills 90210 and, most recently, won a stint on US drama Billions alongside Damian Lewis and Paul Giamatti.

He was also cast as one of the Joker’s goons in the box office hit The Dark Knight.

The Blossom star was married to actress Carolyn Lawrence, known for her long-running voice role as Sandy Cheeks in SpongeBob SquarePants, but the pair divorced in 2005. 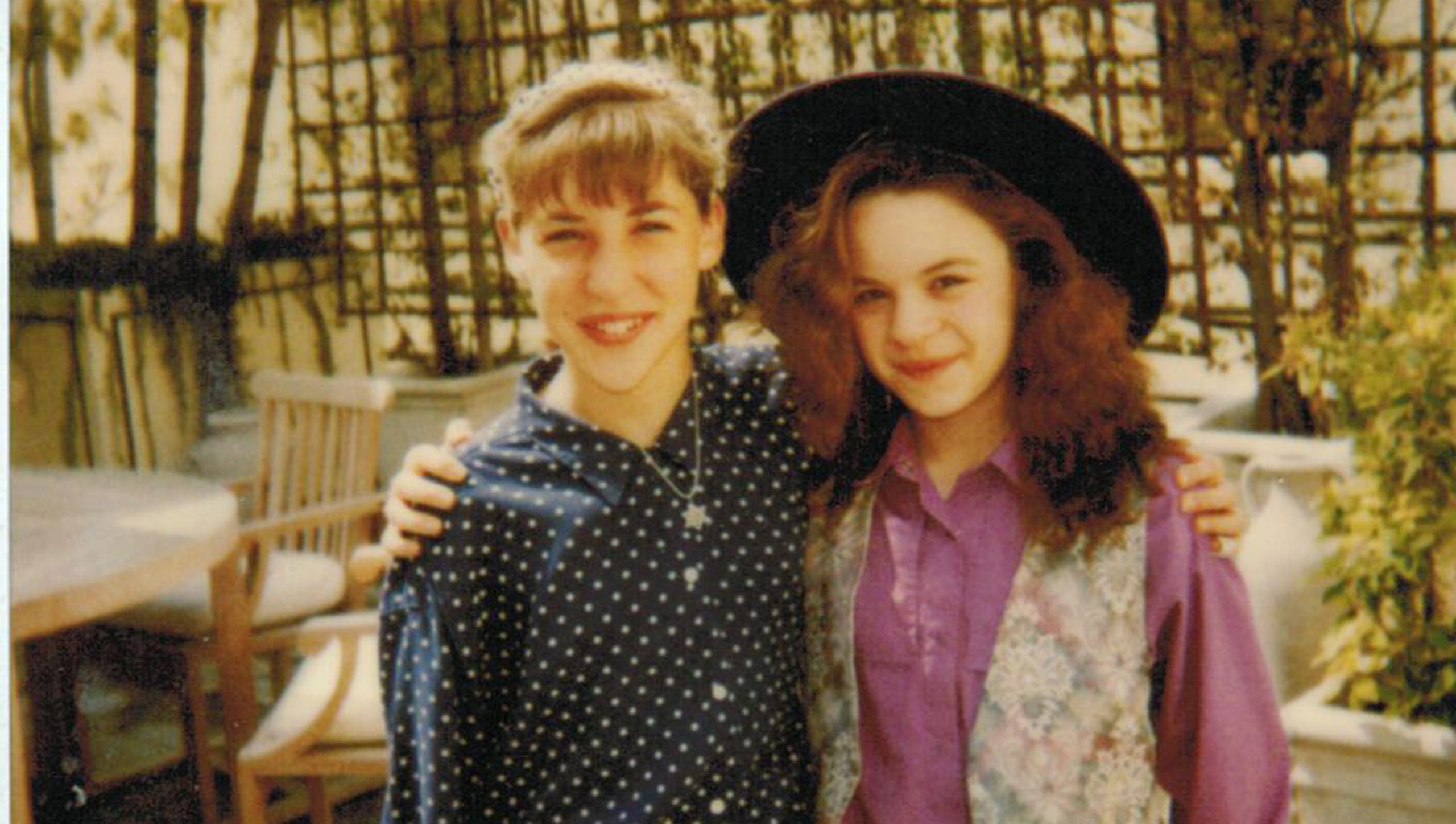 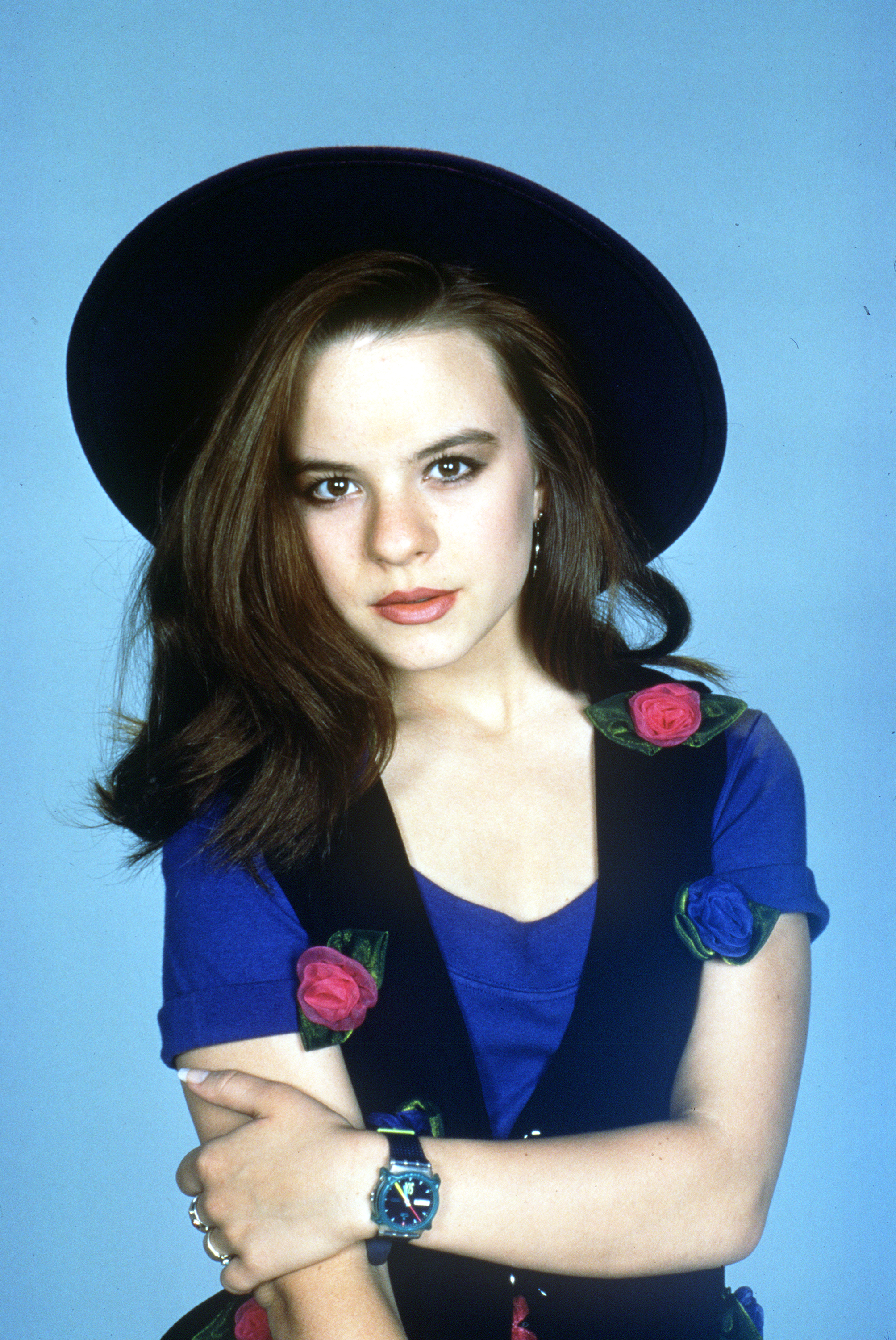 Jenna has embraced her new role as a stay-at-home mum and shared the ups and downs of her life as a parent on her blog The Cradle ChroniclesCredit: Getty

She was more than Blossom’s faithful sidekick though and faced some significant challenges of her own, including a battle with alcoholism and a pregnancy scare.

At 44, Jenna is remarkably unchanged, although her career has taken some interesting turns.

After Blossom, the child star won the role of another leading lady’s BBF as Stevie van Lowe in The Parkers from 1999 to 2004.

The year the series ended, Jenna appeared in a sexy photoshoot for King magazine which she later branded a ‘midcareer crisis’ in her second autobiographical book, Situation Momedy: A Very Special Episode in Toddlerdom.

With two decade-defining sitcoms under her belt, it looked like Jenna’s acting career was going from strength to strength.

But although she provided the voice of Trinket St. Blaire in the animated series Pepper Ann, and took on roles in the likes of the 2005 TV film Marsha Potter Gets a Life and 2006’s Dr. Dolittle 3, song writing became her main focus.

In 2000, she released a demo hoping to launch a career in country music.

She left the bright lights of Hollywood behind in 2007, moving to Nashville and releasing her debut album Breathing Room.

It was there that the star met computer analyst Brad Bratcher at a local wine bar and the pair married in a low-key ceremony two years later.

Jenna embraced her new role as a stay-at-home mum and shared the ups and downs of her life as a parent on her blog The Cradle Chronicles.

Her transparency and desire to find the funny led to the publication of her first book in 2015, Situation Momedy: A First-Time Mom’s Guide to Laughing Your Way Through Pregnancy & Year One, a comedic first-hand account of motherhood.

Remember Moesha? This is what the cast looks like now – including Frank Mitchell, Niecy Jackson and Deidre ‘Dee’.

Meanwhile, here’s what the twins from Sweet Valley High look like now 25 years after the show hit screens.

Plus, remember posh girl Cheska Hull from Made in Chelsea? She looks nothing like she did on the show now.