HARRY MAGUIRE TURNED in a captain’s performance as Manchester United continued to be the best of the rest.

Craig Dawson bundled the ball into his own net to give United the leadCredit: Getty – Pool

Nobody is more determined than Maguire who has been at the heart of a defence that has kept four consecutive league clean sheets for the first time under Solskjaer.

Given that the last two of those have come against champions elect City and inform West Ham tells you all you need to know about the improvement at the back.

They needed an own goal off the head of Craig Dawson in the 53rd minute to win this, but they more than warranted the three points

They deserved to lead at the break but a combination of one awful miss and one brilliant save made sure it was goalless.

It needed a x-rated blast from captain Harry Maguire to wake up though after they had sleep walked through the opening 20 minutes.

Maguire told his teammates in no uncertain terms to liven and stop giving the ball away and they did.

They should have lead on 25 minutes when Mason Greenwood delivered a delightful left footed cross to the far post over the head of Issa Diop.

It was perfect for Rashford just four yards out to head home but he got it all wrong sending a weak effort wide of the post. 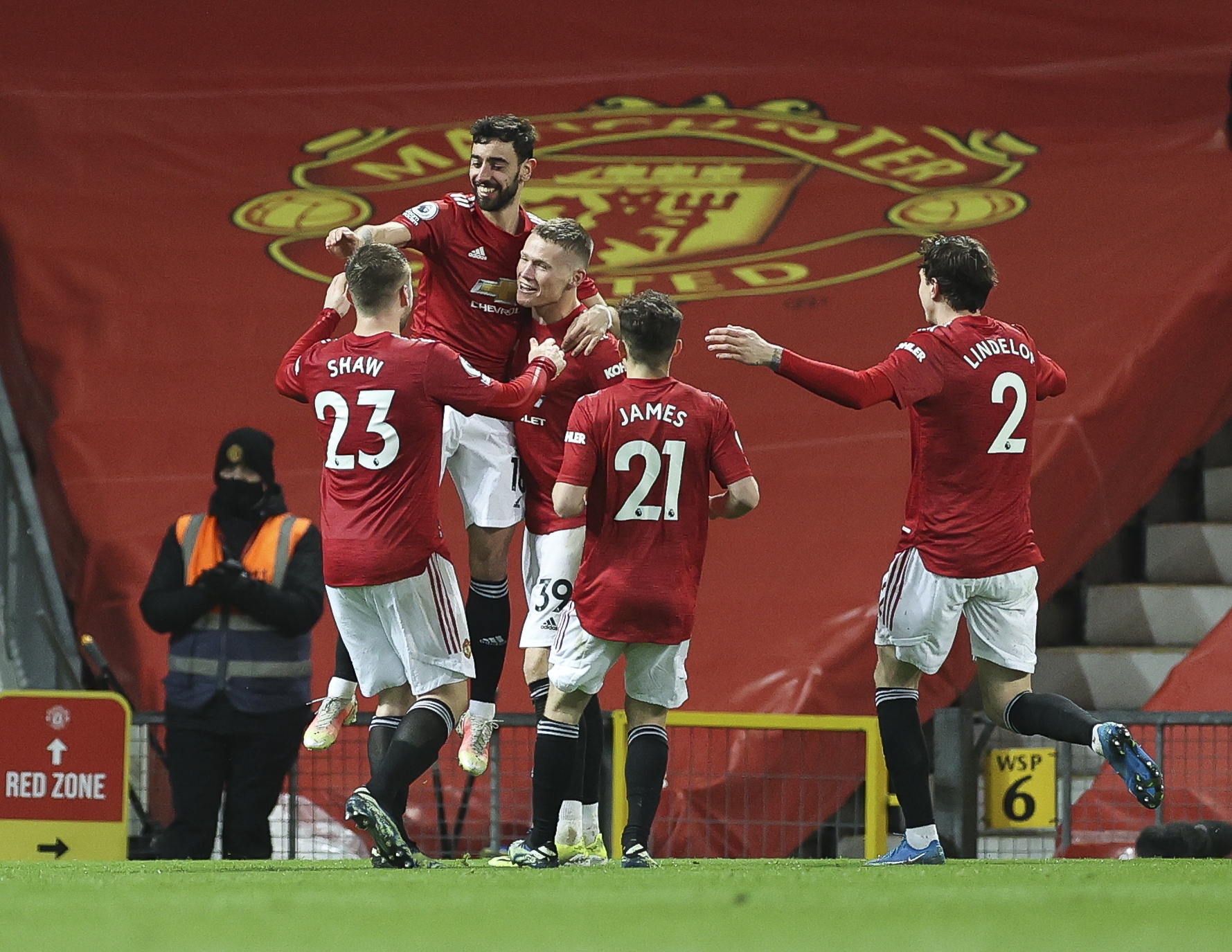 His shout of anguish echoed round all four corners of the stadium. He held his head in his hands as did teammate Bruno Fernandes.

He would have another free header later in the half but there was no enough pace on Fernandes looped cross for him to be able to egt enough power behind a ball that fell lamely into the arms of the goalkeeper.

Greenwood was looking particularly lively and could not believe he had failed to open the scoring on 37 minutes.

The Red Devils broke from deep with Fred finding Fernandes who eased the ball on to Greenwood.

He cut inside his man to give himself room for a shot and he could not have done any more than curl a low effort towards the far bottom corner but at full length Lukasz Fabiski got a finger tip to it and the ball scrapped the outside of the post.

Now this is not the same West Ham that Manchester Unite regularly flicked to one side in the past.

In fact only Manchester City have more wins than the eight from 11 West Ham could boast in the league from the turn of the year before this encounter.

But to say they lacked ambition in the first half is something of an understatement.

They had no efforts at all compared to the home sides eight two of which were on target.

A West Ham player would however find the net eight minutes into the second half, unfortunately for Dawson it was his own.

Fernandes swung over  a corner and Scott McTominay looked like he was going to meet with his head but didn’t and Dawson behind him took his eye of the ball which bounced of his head and past Fabianski.

McTominay seemed slightly embarrassed to be getting the congratulations.

Fernandes then almost extended the home sides lead with a thumping low shot from outside that area which Fabianski did well to save at full length again.

West Ham boss David Moyes had to change something and  as the clock passed the hour mark both Said Benrahma and Manuel Lanzini were thrown into the action.

The problem they still had was getting past this United defence and in particular Maguire.

One moment in the 64th minute epitomised his performance as he flung himself infront of Jarrod Bowen’s piledriver to block.

The thud as the ball came back off him as he died into it’s path could be heard down Sir Matt Busby Way, but Maguire just got up and got on with it.

The more the Hammers tried to break the home side down to get a point in their pursuit of the top four the more they became vulnerable to Manchester United’s counter attacks.

One in particular in the 76th minute saw Greenwood ran half the length of the field before blasting a short which flew back of the lefthand upright.

They deserved more than the one goal, but the three points and another clean sheet had Solskjaer beaming.