VICTIMS of Russian torture have been so badly mutilated it’s impossible to determine if they were men or women, Ukraine has said.

They are among some of the around 430 bodies that have now been exhumed from a mass grave found near the city of Izyum after Vladimir Putin’s troops were routed by a Ukrainian advance.

One of the bodies being pulled out of one of the gravesCredit: AFP 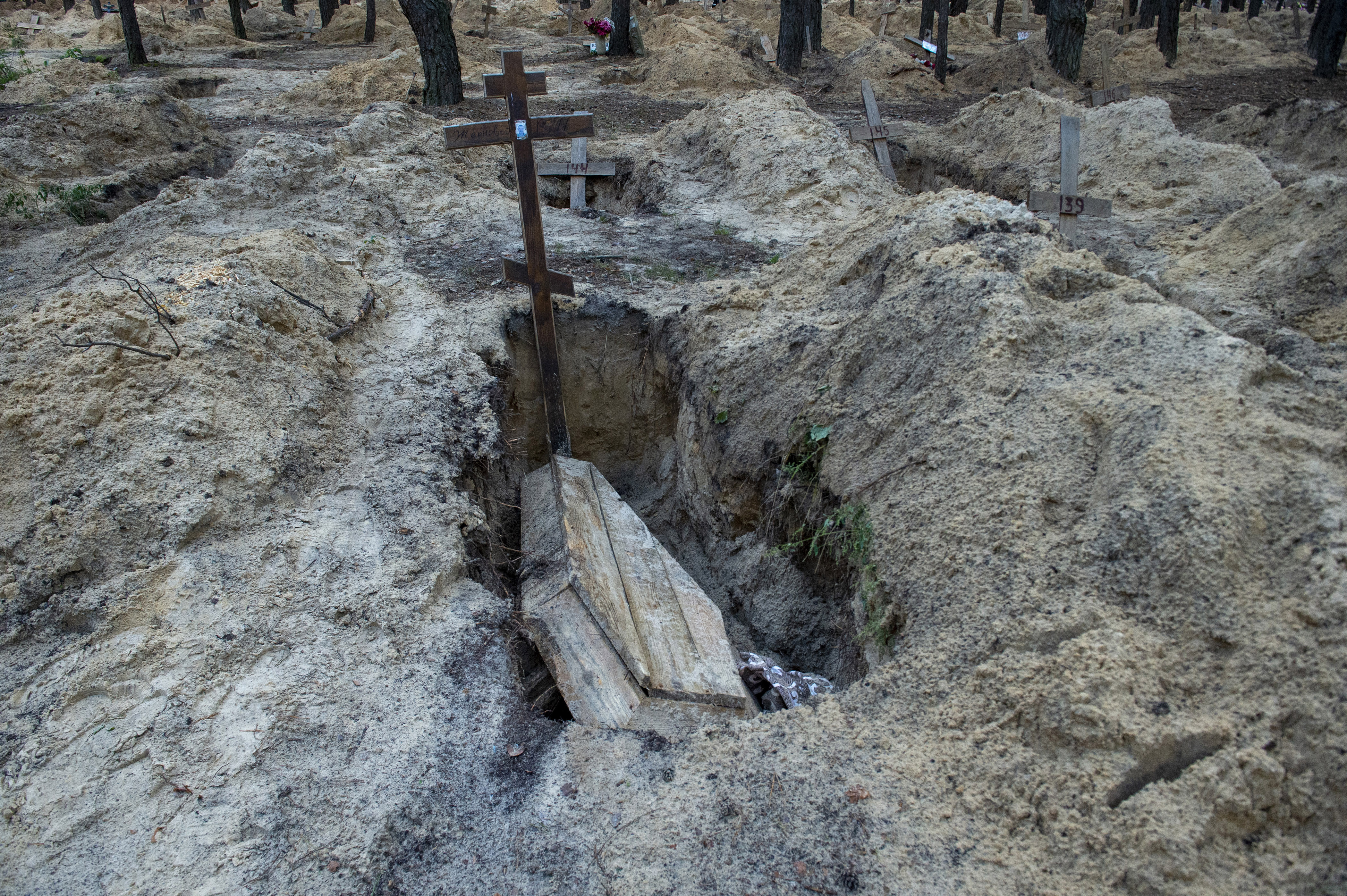 Many of the bodies show signs of torture, say the UkrainiansCredit: Polaris

Horrific evidence of fresh Russian war crimes is emerging from the newly liberated city including torture chambers, as well as the graves.

The Ukrainians say all the bodies in the first mass grave dug up have now been examined and they are moving on to other sites to resume their grim task.

The deputy chief of the Main Investigative Department of the National Police of Ukraine, Serhiy Panteleev, gave a breakdown of who they had found, 24tv.ua reports.

He said among the dead are 202 women, 189 men – and 11 bodies that are so mutilated police cannoy determine their sex.

Also among the dead are five children, said the officer.

Kharkiv regional governor Oleg Synegubov revealed the hideous deaths that many of those buried suffered at the hands of the Russians.

“There are bodies with rope around their necks, with their hands tied, with broken limbs and gunshot wounds.

“Several men have had their genitals amputated. All this is evidence of the terrible torture to which the invaders subjected the inhabitants of Izyum.”

Russian torturers have also been accused of using a homemade electric chair to inflict savage shocks on Ukrainian captives.

The horrific device was in a room at Izyum police station and it’s claimed the Russians used it to torture Ukrainians.

Several Ukrainians have spoken of the Russians using electric shocks to torture anyone they suspected of helping the resistance.

Now chilling images have emerged showing a chair attached to a piece of wood on the floor using a metal pole to keep it in place, with a hole in the wall next to it with wires showing.

Ukraine’s president Volodymyr Zelensky said horror is the latest war crime inflicted on his country after the discovery of mass graves in Bucha and Mariupol following the Russian invasion in February.

Erik Mose, head of the UN probe set up in March, said investigators had visited 27 towns, interviewed more than 150 victims and witnesses.

They have “inspected sites of destruction, graves, places of detention and torture, as well as weapon remnants”.

The Kremlin has denied its forces were responsible for large-scale killings in east Ukraine and accused Kyiv of fabricating its discoveries of mass graves in recaptured territory.