WARREN GATLAND said it would break his heart if Wales returned to the doldrums.

And the bad news for the Lions boss is his successor Wayne Pivac has taken the Dragons if not quite to rock bottom, then somewhere close. 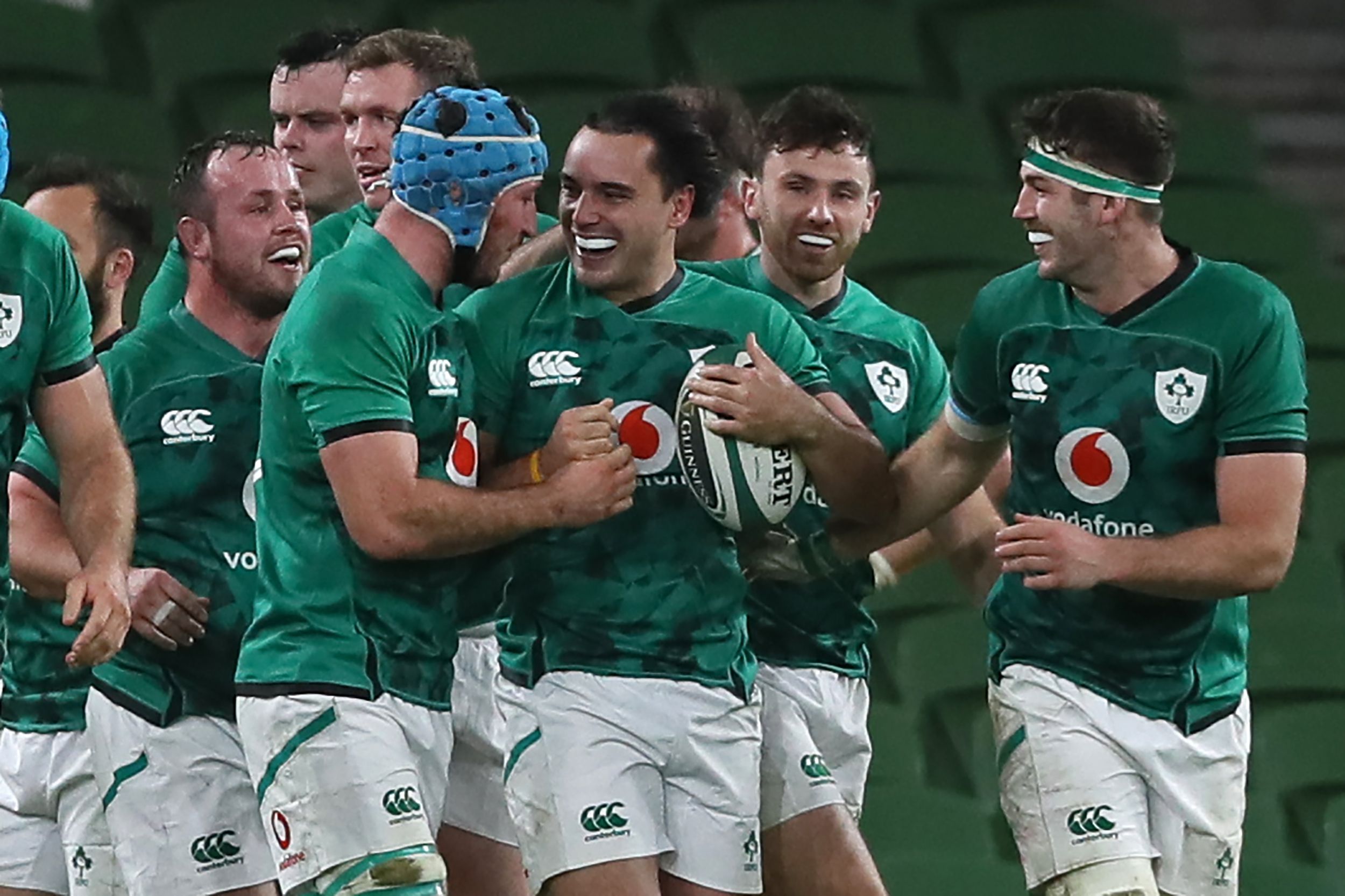 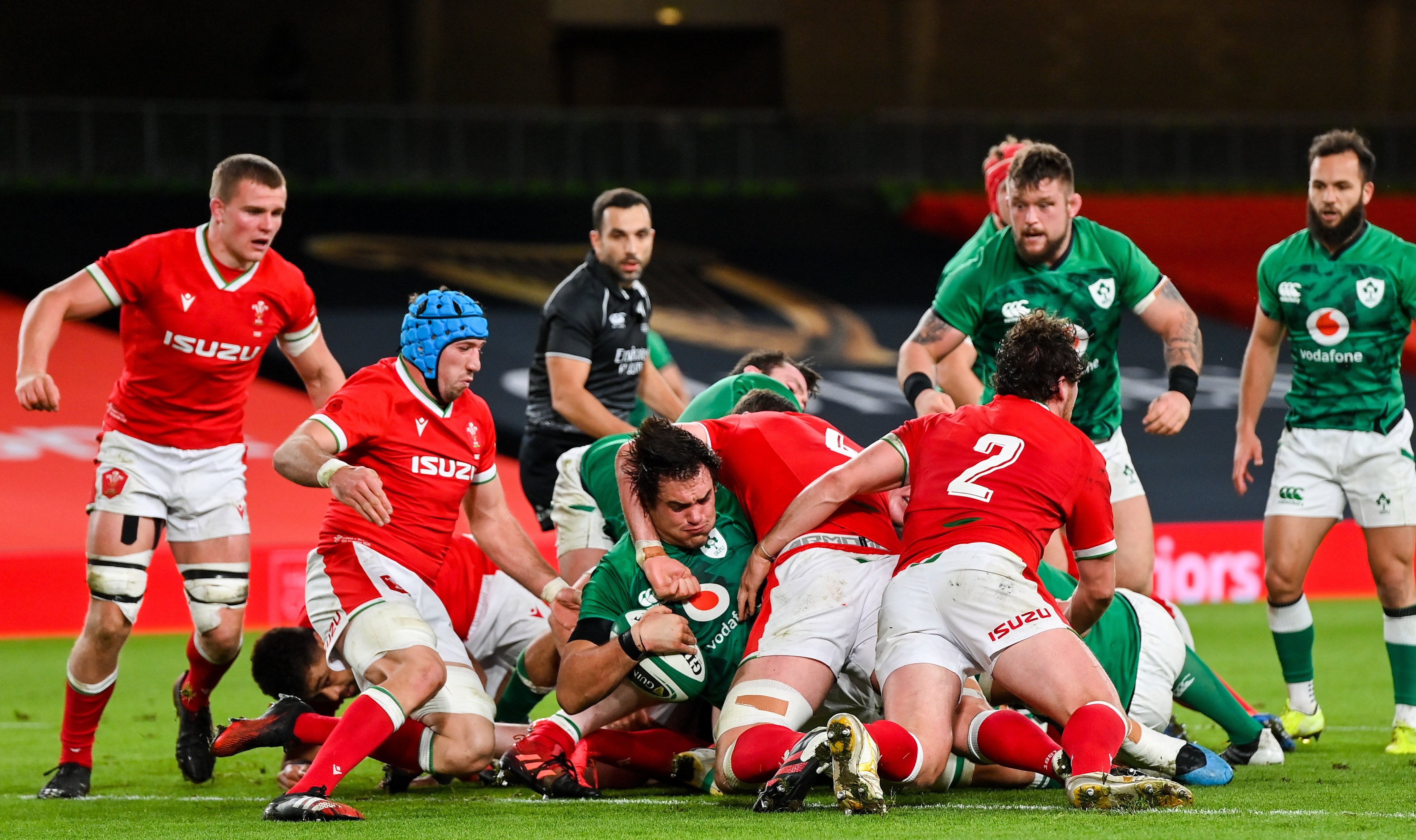 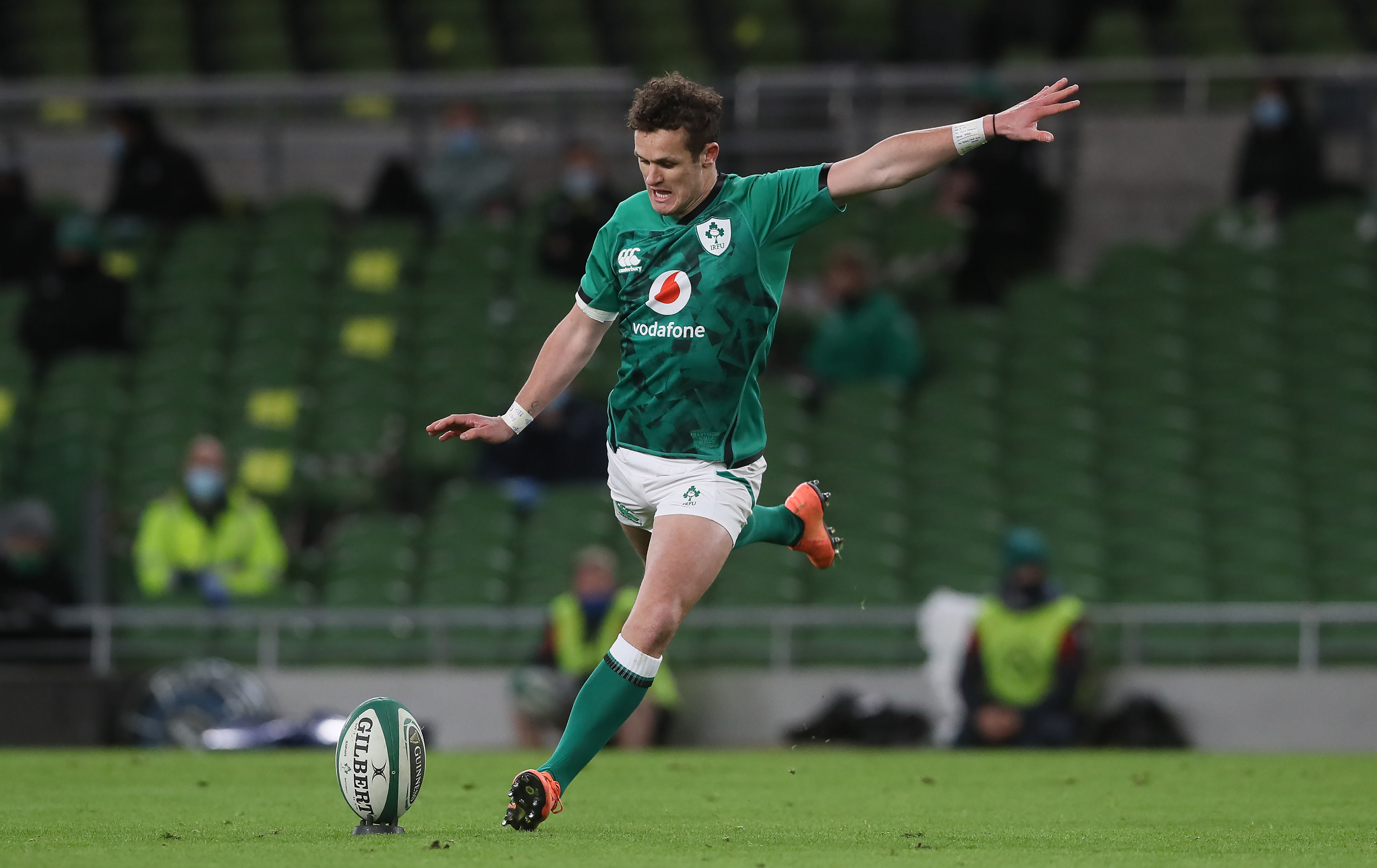 Billy Burns made his debut off the bench for skipper Jonny Sexton at fly-halfCredit: PA:Press Association

Gatland left after last year’s World Cup with his team Grand Slam champions and the fourth best side on the planet.

But under Pivac Wales have become a shadow of their former selves and this was their sixth straight defeat.

Wales were diabolical against Scotland at the end of the Six Nations.

And there was no improvement in the first half in Dublin.

Pivac’s side gave away ten penalties and their scrum and line-out was awful.

They were lucky to only be ten points down with Ireland crossing through Quinn Roux.

Pivac’s men were better after the break and helped by Ireland’s poor discipline, but they still couldn’t stop James Lowe from completing another hammering.

Pivac is now a man under serious pressure with the vultures circling. 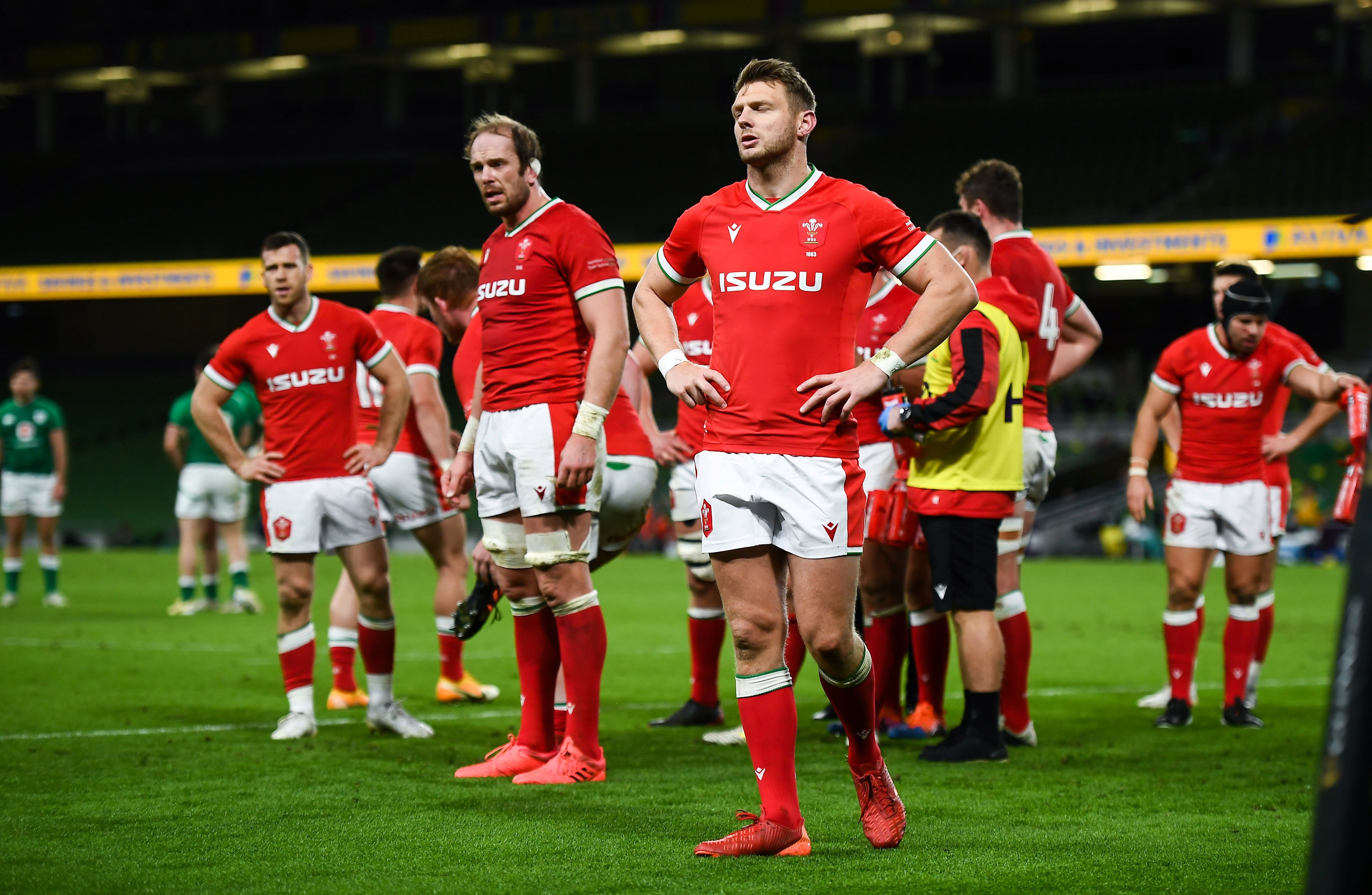 Ireland lost Jacob Stockdale and Iain Henderson before the match and the sparks flew in the first five minutes as two scraps broke out.

Irish skipper Johnny Sexton opened the scoring with a penalty as his team got the upper hand on Wales prop Rhys Carre at the scrum.

Leigh Halfpenny immediately responded with a simple three points after his Lions team-mate Robbie Henshaw was penalised for not releasing the tackler.

Wales were all at sea at the scrum and were second best in the physical battle.

So it was no surprise when Ireland’s forwards got to work.

A series of Exeter-style carries close to the ruck ended with Roux – a late replacement for Henderson – crashing over. Sexton converted and immediately added a penalty.

But on his 100th cap the Irish skipper tweaked his hamstring kicking the penalty and limped off. 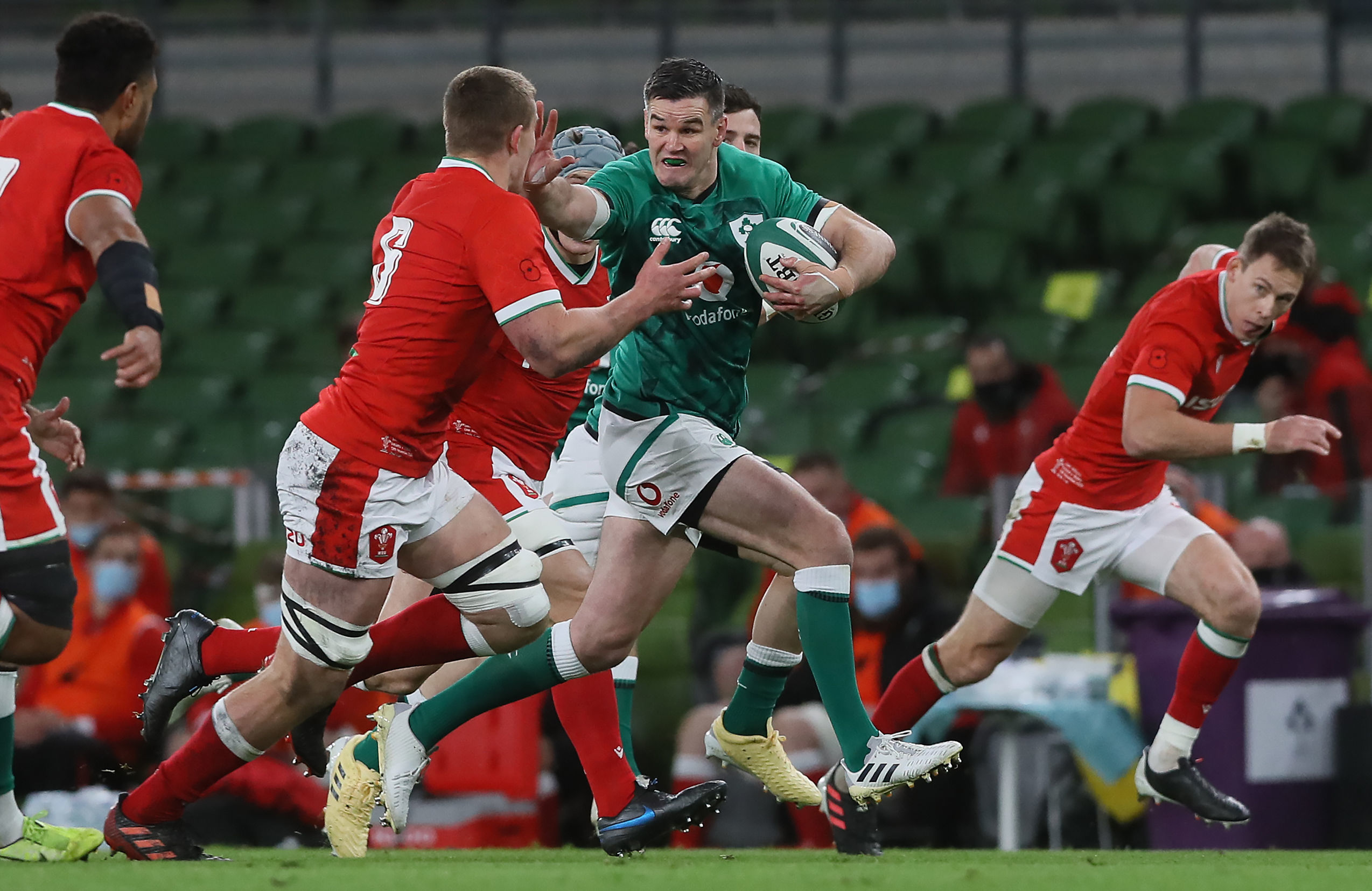 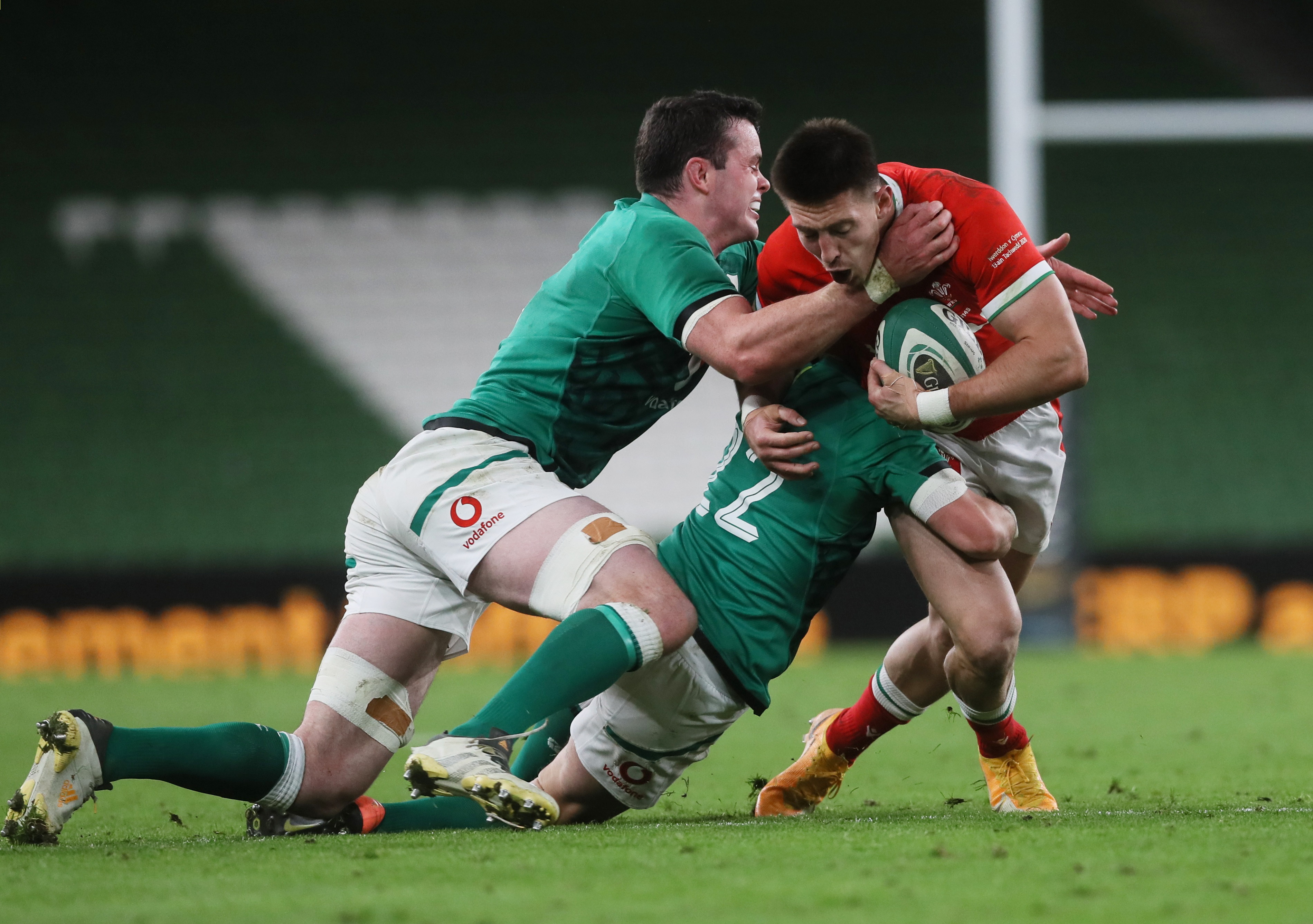 Josh Adams is tackled by the Irish defenceCredit: Reuters

Billy Burns replaced Sexton for his Ireland debut as Wales’ set-piece struggles went from bad to worse. Pivac’s side even lost a scrum on their own put-in – a rarity at Test level.

Wales had sacked defence coach Byron Hayward in the build-up to this game.

And forwards coach Jonathan Humphreys would have been sweating on his job as his pack got put to the sword. Halfpenny and Burns swapped penalties, but there was only one team in it.

Just before the break another Wales line-out went awry.

Josh Adams saved the day, but Pivac had seen enough of Carre as he brought on Wyn Jones at loosehead.

Wales conceded another scrum penalty in a good attacking position when the game restarted.

Such was the away side’s lack of belief in their set-piece that when they won a penalty on halfway, they went for the posts instead of the corner. 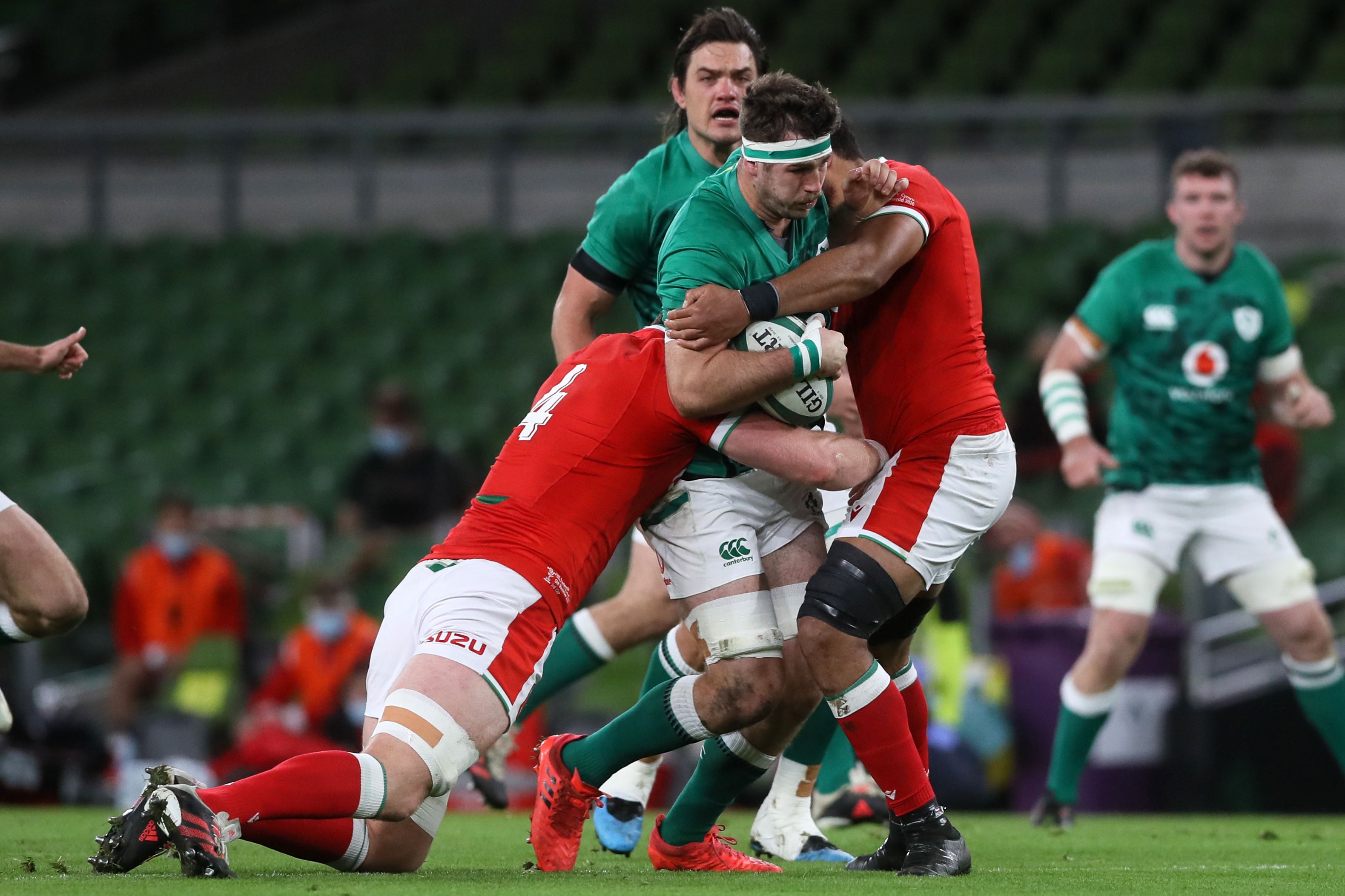 Ireland’s No8 Caelan Doris excelled in their winCredit: AFP or licensors 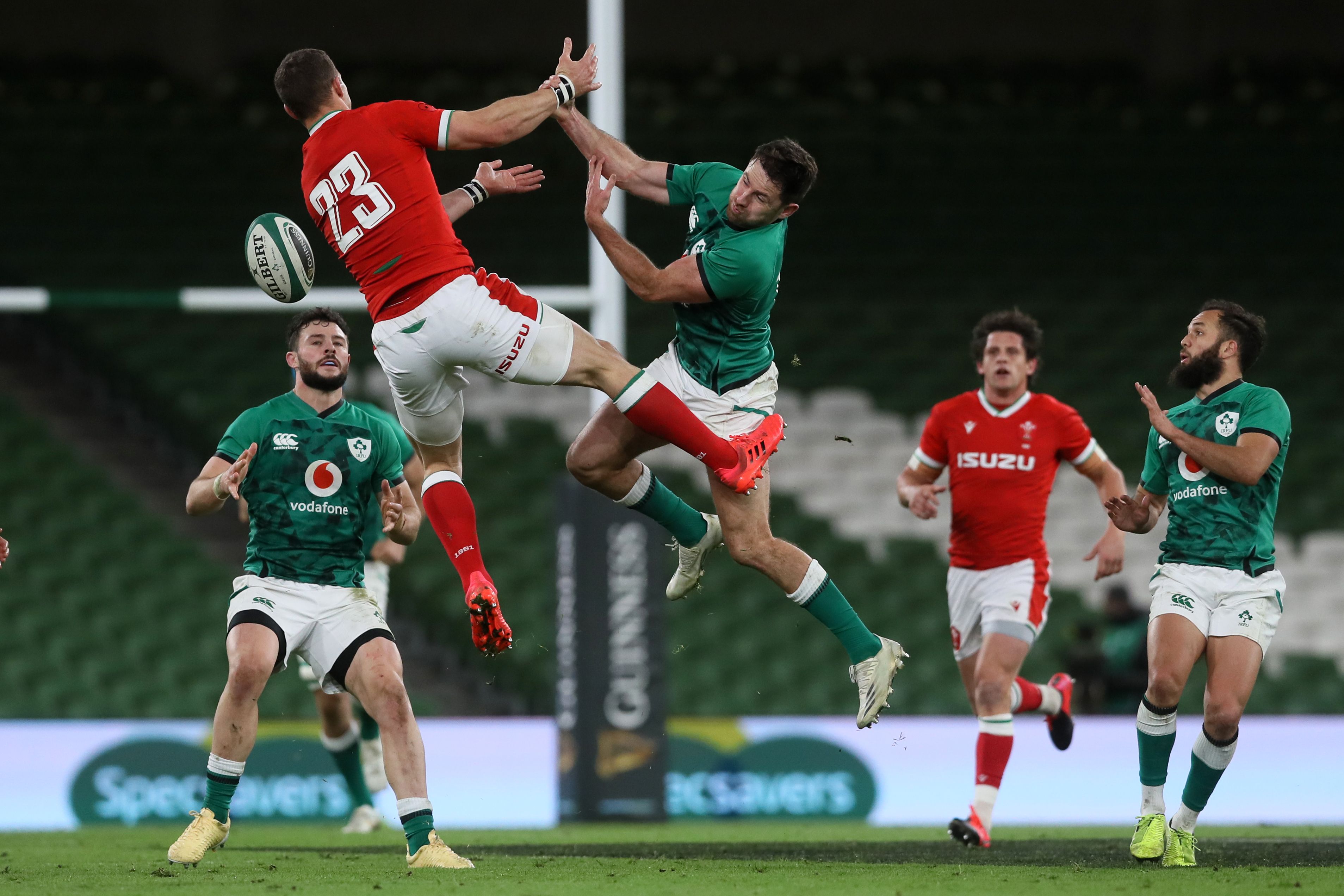 Sub George North won his 100th cap on a disappointing night for WalesCredit: AFP or licensors

A minute or so later from exactly the same position, Biggar went for territory rather than the posts and his kick failed to find touch.

It summed up the bewildering decision-making and awful execution of those in red. The only saving grace for Wales was Ireland’s woes as they caught their opponent’s breakdown blues.

Halfpenny did kick a penalty to make it 16-9, but Caelan Doris charged down Gareth Davies and only a wonder tackle by Taulupe Faletau denied Cian Healy.

Burns added another penalty and Wales finally went on the attack after unloading their bench.

Halfpenny missed another kick as Jonathan Davies limped off to be replaced by George North for his 100th cap.

But Conor Murray – who replaced Burns – struck a penalty with his first touch and then added a second before Lowe put the game to bed and Wales out of their misery in the final play. 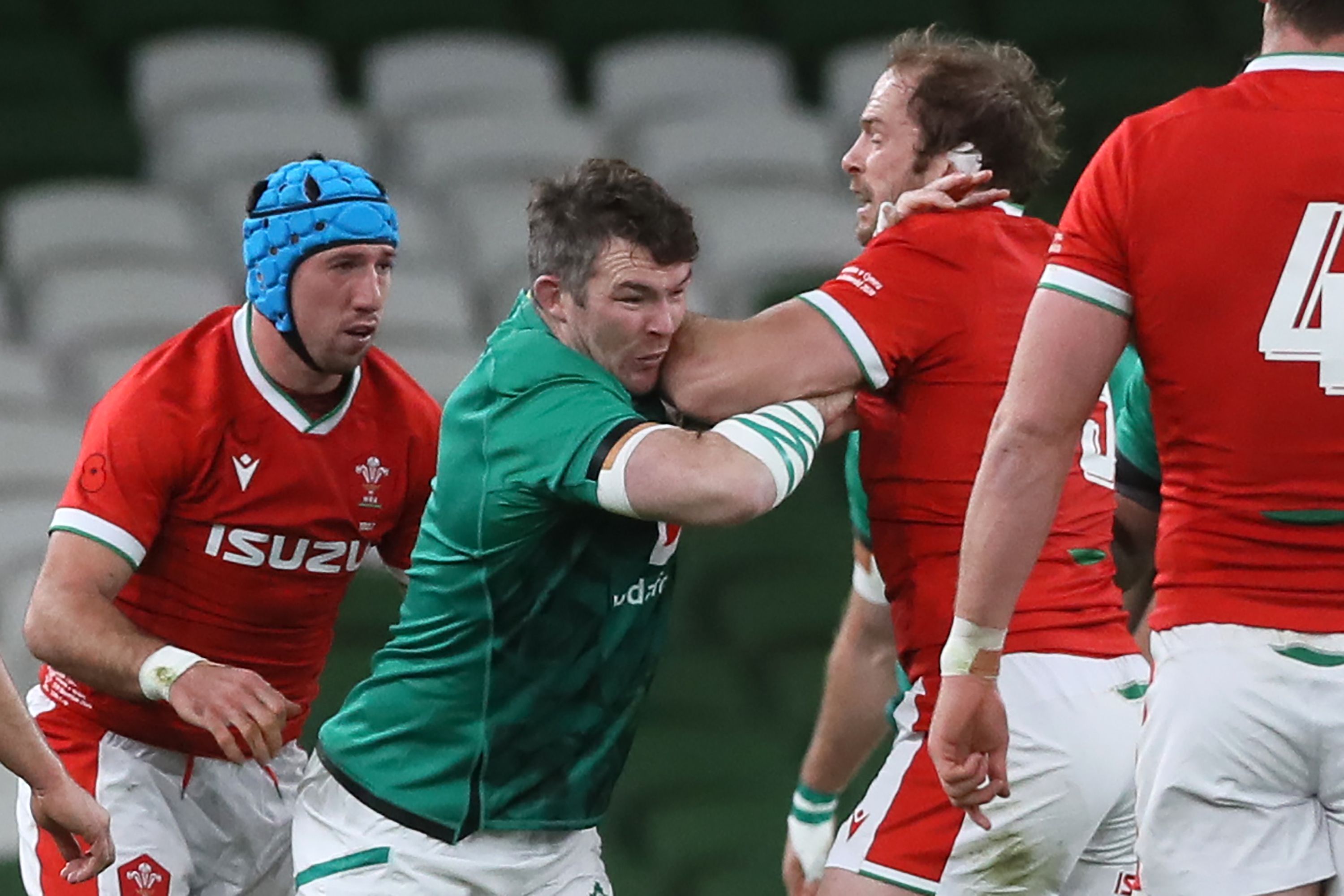 Wales captain Alun Wyn Jones: “We talked about a reaction and we saw energy and application. We were better either side of the break but the damage was done by Ireland.

“They won the arm wrestle to seal the win. Credit to Ireland. They had a good defence. We felt we had a lot of momentum but didn’t get across the line.

“We are not going to shy away from the result. Ultimately it’s another loss. We are not scoring enough points.

“We also can’t shy away from the fact we regressed in the set-piece. It’s difficult when you don’t have the ball. I have been through a couple of periods like this in the past.

“You don’t want to learn on the job, but we will have to now. The learning curve is always there, but now it’s got steeper.” 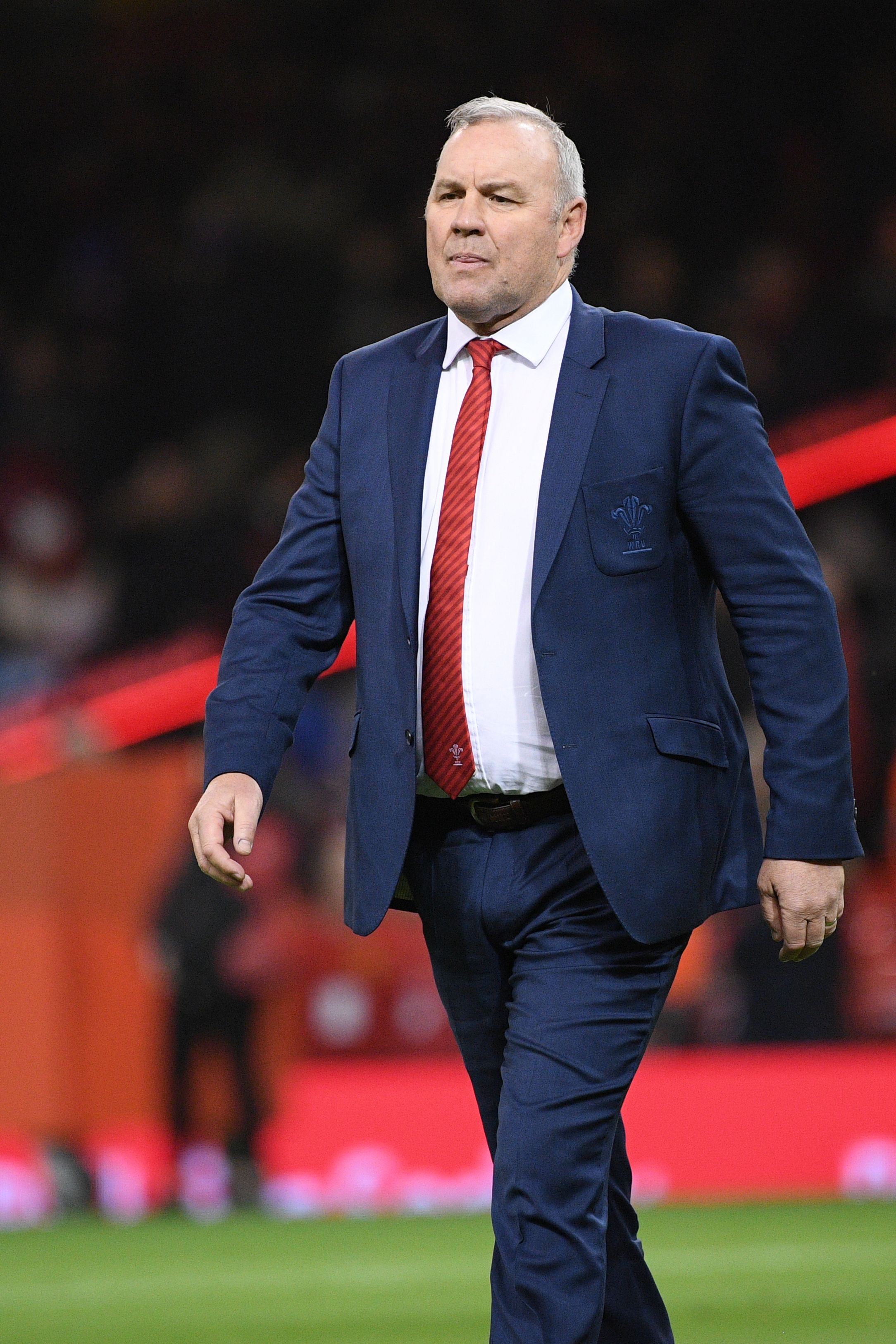 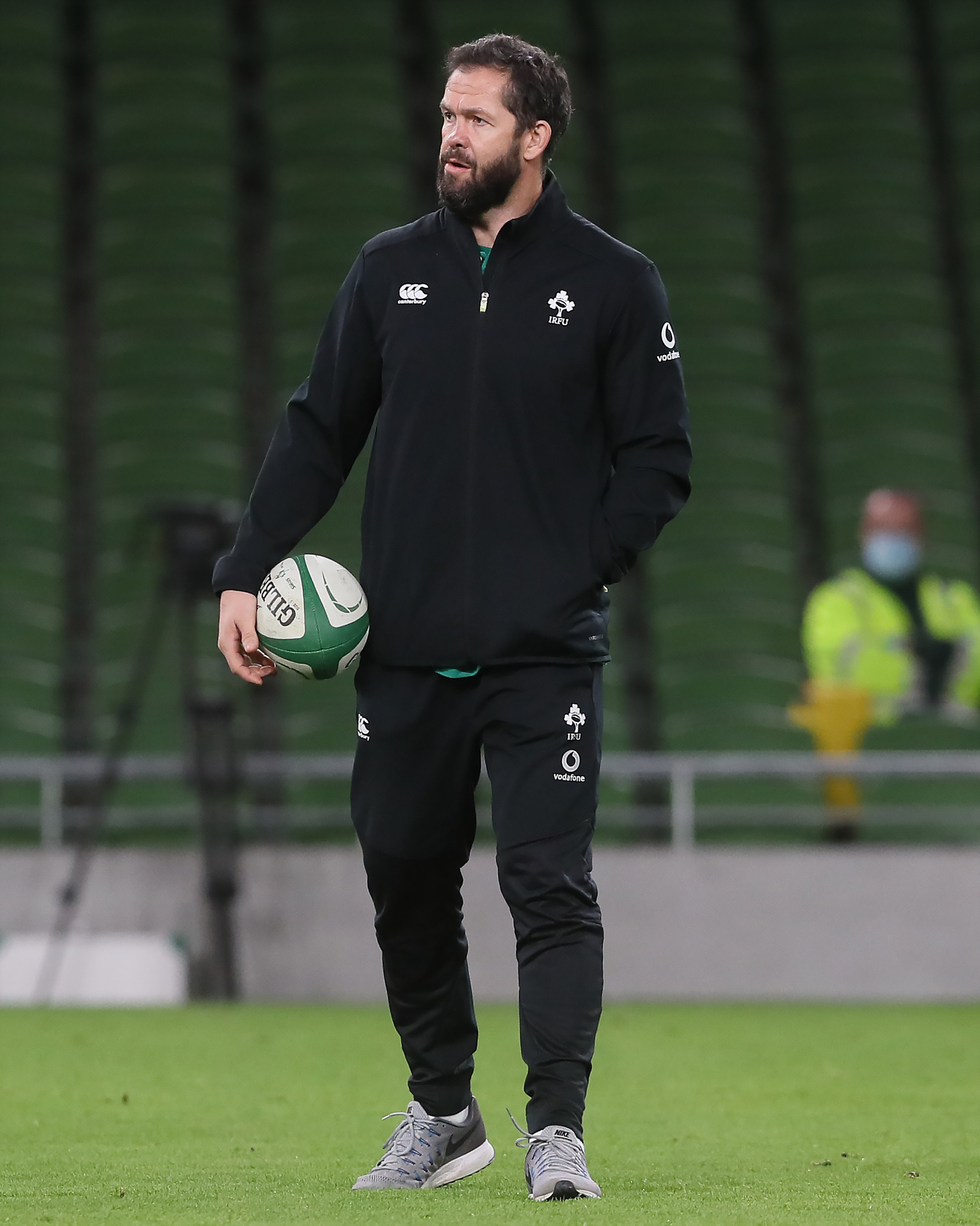 Wales head coach Wayne Pivac: “I’m very disappointed with the first half. Our set-piece was struggling and we were unable to build pressure. I

“t was very similar to the Scotland game. When you have to take that many tackles it takes its toll. It’s very hard to build momentum when you concede ten penalties in the first half.

“It’s something we need to improve on and quickly. We have got a lot of players coming back from serious injuries who are not performing at their best. It’s very frustrating.

“The changes we want to make are taking time. It’s a bitter pill to swallow as we are helping the opposition and not ourselves. The post lockdown period has been full of error but we have to continue to try and improve.”

Ireland head coach Andy Farrell: “We were dominant. In the first half we did some good stuff that was worth more than a ten-point lead I thought.

“In the second half we were a bit disjointed, but it was a dominant performance and I though the scoreline was reflective of that.”